Hello.
First off, I want to say thank you for reading. What good is a guide if no one reads it? Second, I want to clarify that I don’t claim to be the best or even a master at Renoah, or Archblade in general. However, perhaps this will both teach new players about the character, as well as some useful tips I learned. She is the stepsister of Hyunwoojin and daughter of Remanasark, who is also Hyunwoojin’s teacher. Her emotional disability doesn’t allow her to emotionally accept what is seen because she was born with the magic eye of space, called ‘super space perception’.

There are only two things that Renoah Collintz perceives as a human being: her father, Remanasark, and her stepbrother, Hyunwoojin.

Her addiction to those two things is terrible. From her perspective, other human beings are nothing but leather bags that shed blood by shooting each other. She, who lacks emotional communication with other people, has lived by deceiving others while disguising her emotion through use of her outstanding intelligence.

Renoah Collintz has tremendous power as an arcane-bullet magician due to the remarkable retrospect, insight, and genius provided by her eyes. She hides her abilities from Hyunwoojin because she respects Hyunwoojin for trying to keep her from joining battle as much as possible.

Although her specialty is killing too often, she is also highly skilled in surveillance and reconnaissance, and even Hyunwoojin often can’t solve affairs without her help.

Renoah Collintz quests for righteousness because Hyunwoojin wants it. This high wire walking is extremely dangerous, and she attempts to keep her balance on the rope of nature and eager desire.

Renoah is a dedicated ranged character. She tends to do her best fighting in the mid to long range area. She has two melee moves and shortranged burst, but that’s it, so she should keep her distance. She is very quick, so she can easily avoid her melee enemies.

This section will be in the following format:
Name:
Buttons
Description 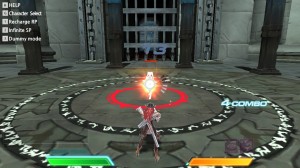 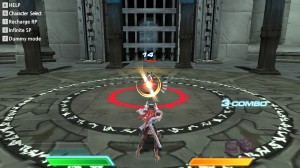 Renoah’s pistols are her primary means of attack. Every click fires both pistols in rapid succession. They are effective from short to mid range. While little damage, they are very fast, and thus can take down a characters health rather quickly, especially if used on the back. They are also great for finishing off an enemy. Note that at mid range you may have to lead your target. In addition, if you press Jump-LMB, it will do slightly more damage. 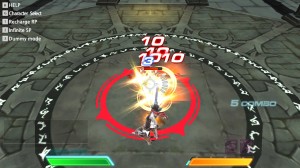 Renoah jumps in the air and sends up to two blasts of her shotgun at her enemy. Useful only in short range. The multiple bullets are great against a crowd. It does very little damage. However, if used close up on the back of a single target, it is insanely powerful. This is also great for avoiding charging melee units, as they will run underneath you. Mean while, you blast them once as they’re coming, and as once they’re going, doing a decent amount of damage without taking any yourself. Avoid useing too much, especially against characters with good anti-air moves. 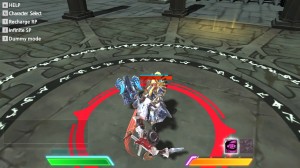 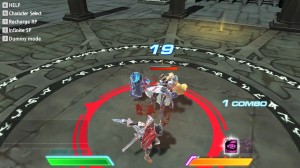 This is Renoah’s only melee move, and should only be used when your clip is empty and you have zero time to reload. She first kicks for light damage, then drops a small bomb and jumps back. The bomb does light damage and blasts the target upward. The one plus is that the bomb will often be behind the enemy character, and thus do extra damage. 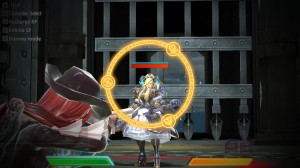 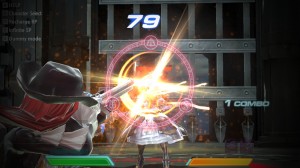 Most of a power then a move, Renoah goes into a locked mode and aims down her sight. The longer she aims, the more accurate she gets. The sniper rifle does large damage, and, when hit in the back, will often instant kill the target. Once you get good at aiming, you can be extremely deadly. Also, if you press Alt-RMB, the focusing will be instantly perfect, at the cost of one rage bar. Use this only if there is that almost dead target that you absolutely must hit now. 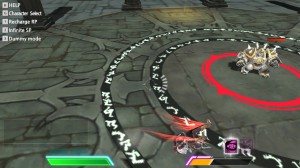 Dodges to one direction. Takes stamina. Mix this up with jumps to avoid enemies. 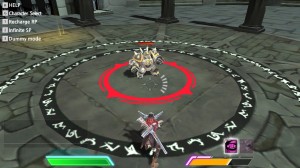 Blocks any incoming damage from the direction you are facing. I prefer rolling. 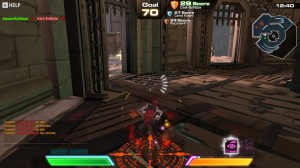 Renoah uses a devil’s eye to late the enemies on the map for a certain amount of time.
Good for free-for-alls, to help find targets. However, I rarely use it, as most of my rage bar goes to Instant-Focus and Bullet Storm 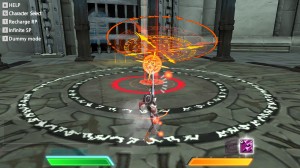 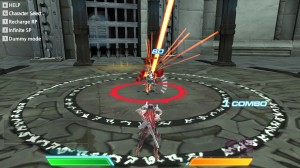 Renoah uses all of her magic power to locate the enemy. Then, she shoots a magic bullet at all the enemies on the map, regardless of distance. Very useful power, does decent damage that can’t be gotten away from.

i would like to thank you again for reading this guide. I hope you enjoyed it and/or learned something. If you have any comments, suggestions, feedback, ect, leave them in the comments below.