Hello.
First off, I want to say thank you for reading. What good is a guide if no one reads it? Second, I want to clarify that I don’t claim to be the best or even a master at Cezanne, or Archblade in general. However, perhaps this will both teach new players about the character, as well as some useful tips I learned. 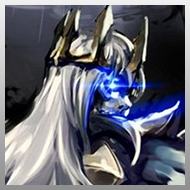 The king of despair baptized by the Empress of Darkness.

Originally he was an arcane researcher under the flag of Guneil. Cezanne La Gatal, Who pursues Magic Power and Could do whatever is needed for HIS Success, Has Achieved Success in the unprecedented Inshuerra Kingdom. He, who changed himself into a lich, became crueler and was favored by Guneil.

The trigger, which made him into a lich in Inshuerra, was falling into the grasp of the Empress, but it was very trivial. At a time when he was a genius of magic and kept a strong physique, the great magician Guneil was not popular among women. The column he wrote about his youth proved to be a source of trouble. Guneil got angry because La Gatal insulted his ego, so Guneil abandoned La Gatal by sending him to dangerous duty.

In order to deceive the Vishell Empire and Seven’s League, Cezanne La Gatal was sacrificed as a as a scapegoat of a political plot.

However, the Empress identified Cezanne’s quality and made him a subordinate by desecrating his soul instead of destroying him. Afterwards, he became a member of the King of Despair and worked for the Empress.

Cezanne’s strength comes from the fluid control magic and the mercury injected into his body. Generally, the undead tend to weigh very little and are weak in hand-to-hand combat. That being said, the body of Cezanne weighs 300 ~ 500 kilograms due to the mercury injection, and the free changing destructive power of high pressure mercury can cut a steel bridge pier in an instant.

Pain and freed from restrictions of HIS Body by Becoming Lich, close Combat Capability reinforced by the Mercury Injection, and cool-headed judgment Unique to magicians have vastly Increased the notoriety of Cezanne La Gatal.

During the Closed Beta, Cezanne (or Lich, as I will call him for the remainder of the guide) was considered by some as a support. Whether this is still true I can’t say, but he is definitly good to have around. His moves are mostly medium ranged, though most of them work at close range as well. They normally have stuns and/or poison to them, and his powers are both very handy. His special move can be used either for fighting or for escape.

This section will be in the following format:
Name:
Buttons
Picture
Description 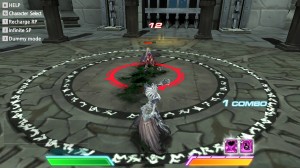 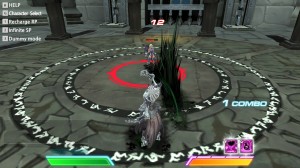 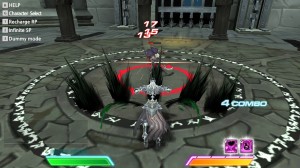 Vasco sends two blasts of corruption in small arcs, then sends out five blasts in front of him. The blasts hurt everyone in thier paths. These are Lich’s main weapon. These are probably what you will spam the most, because lich is, in essence, a spammer. The blasts stop enemies in their tracks, and do very good damage. 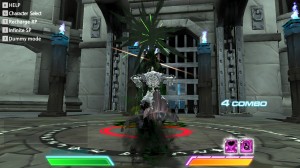 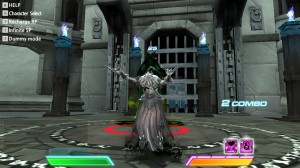 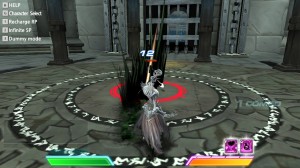 Lich sends out a blast of corruption. Then, he raises up a tower of corruption, bendin the enemy into the air. Finally, giant spikes come out of the tower, sending the tower back down. This is a very useful attack, with high damage. However, it is very hard to aim, as you have to memorize where the tower wull come up. Always be sure to look at the corruption path, as where it ends is where the tower will come up. if you miss, you will be stuck for several seconds, giving the person in front of you plenty of time to escape or, more likely, smash your face. Thus, be careful when you use this. 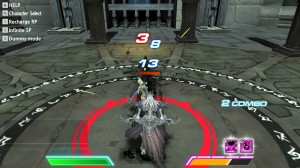 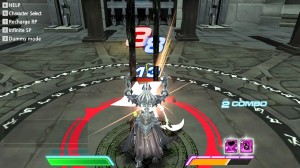 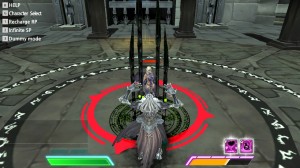 Lich raises four claws out of the ground and slams them down on the enemy. Besides doing damage, it also poisons the enemy. The claws actually slam down the direction you are facing, regardless of the direction it was pointing. Thus, if the enemy moves, just face him and you may still hit him. This should be mixed in with the corruption attacks. 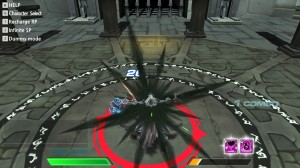 While in the air,spikes fly out from around Lich, impaling enemies around him. This is mostly an anti-air attack, to defend against incoming attacks. In addition, it flings you forward slightly. 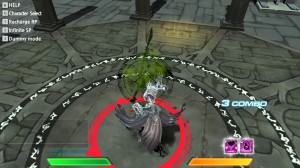 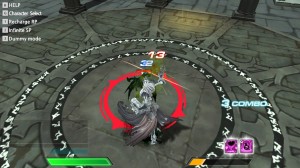 While in air, Lich launches a cloud of corruption in front of him whcih slashes enemies several times. It also launches Lich backwards. Much more useful then Corruption Spikes, mix this in with the rest of your moves. 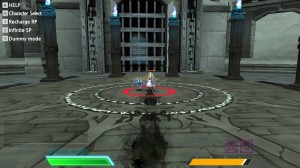 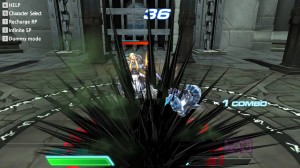 Lich changes phases and becomes invinsible while draining his stamina. He can also send spikes out of the ground around him, knocking enemies up, but draining some stamina. This can be used for escape, or for attack. I personally save it for attack only, due to the fact that he can completely stun the enemies around him for as long as he has stamina. 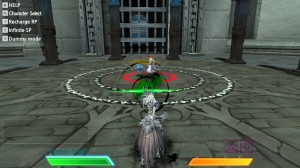 Blocks incoming damage from the direction you are facing. 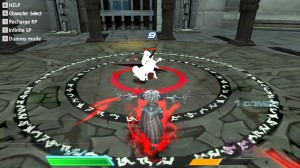 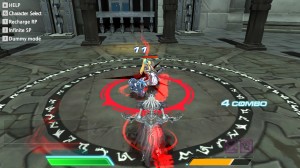 Creates a lifedraining aura around him that steals life from others and gives it to him. Also blocks some of incoming damage. Very useful for battles against multlpe enemies. Also is useful for healing himself. 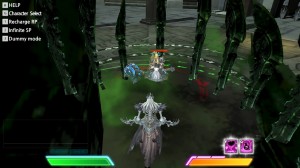 Creates an inpenetrable prison around you and anyone unlucky enough to get trapped inside. Only you can enter and leave. Debuffs and deals some damage to enemies. Use to trap escaping enemies. Just be careful not to trap your allies!

I would like to thank you again for reading this guide. I hope you enjoyed it and/or learned something. If you have any comments, suggestions, feedback, ect, leave them in the comments below.

Note that all the names for the moves were made up on the spot by me. The powers names were not.