Drop chance seems to be around 2.5% per defense point (so for a 200 defense points castle you should get 5 items on average. It seems to follow a normal distribution centered in 5 and with a SD close to 1) 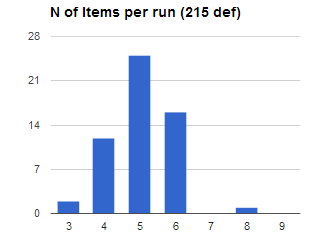 A bit over half the items dropped will be specific for the character you’re playing. 30-40% for the other 2 classes and the remaining are going to be rings and amulets that are available for all classes. 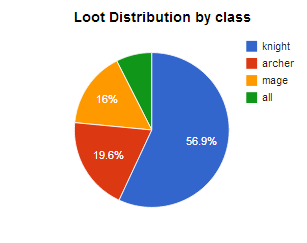 Monsters will always drop loot of either their level or your level, whatever is the lowest. They’ll not randomly drop lower level loot.

That’s important as items purple and above (at least, not sure about yellows, might be as well) are unique, so there are only a few of them (for example at level 15, I’ve never seen armor not for sale in the BS dropping). 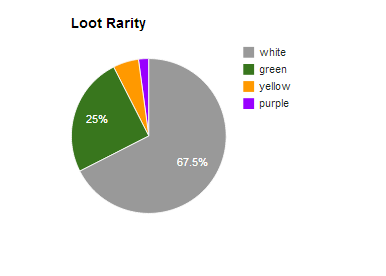 some monsters and boss might have modifiers that allow for better loot or named items, I did not take that into consideration when doing these calculations 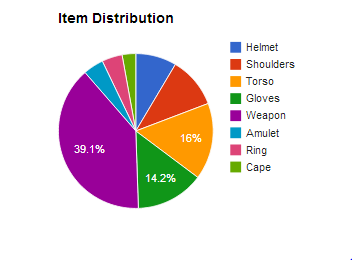 You’ll get a set amount of XP according to the monsters on a castle, the lack of consistency on a fixed drop according to the castle level seems to indicate that the XP (and penalty according to level) is calculated by the level of the actual monsters inside.

You also get a bonus of XP if the castle is above you in level. Up to 3 levels up at least you get a bonus but the bonus you get from the 3rd level on starts to fade (roughly 5% compared with 2 level up castle)

Gold dropped by monsters (when the shield is up) is fixed, you’ll always get that gold regardless of your level and the castle level, there doesn’t seem to be any cuts on this.

You’ll also always be able to get all the gold / LF if you’re at a lower level than the castle.

Now there are penalties if you’re higher than the castle.

This only refers to the loot inside the chest (you get 20% of the chest if you’re eligible for the entire chest), the gold / LF from the mobs will not be affected by this.

I got to the loot data values by raiding a castle filled with 215 level 18 derps 55 times killing a total of 11825 creatures and collecting and registering 281 pieces of loot. The runs were distributed across levels 15 to 18 in the following way:

Loot drop rate and distribution was similar across the different levels accounting for possible % distortions due to smaller data sets.

Runs it took to level to the following level were:

Gold, LF and XP data were obtained by analyzing change in the rewards for beating castles of different levels before and after leveling.

Hope someone will find this information useful and use it to discuss ways to improve the game.