Here i am trying to help all the new and veteran players unaware of the simple yet very effective, defeat mechanics, and also looking forward to see a slightly increase on defeat rooms if possible o/

1a- Objective: Defeat are fast-paced battles where your team need to reach a total of 2000 or 3000 kos of kills; regular troops, base troops, enemy commanders, musou generals or even jugs count as 1, so yeah, just kill regular troops as fast as you can xD

1b- Judgement: Just ignore judgement no matter what it is, theres pretty much no way battle end in judgement – unless its a 3k in gate map AND your enemy its completely determined to stop your kos lol-

Let’s go with what you should do in a defeat battle:

2a-Stay in 1 area: Pick an area of red or yellow troops big enough and stay there! So basicly, dont run through all the map!!

2b-group and kill: Once you reach your ko area, run a little to group all the closer troops together and kill them all with a quick and good ranged attack, then repeat the process

2c-circle!– While staying on your ko area, keep repeating point 2b while making a wide circle running while cleaning the area, so you can allways have troops to kill, instead of do it in a line, so you avoid that anoying time going back to your start position to re-start the process

2d-buffs: those speed x2 buffs are your best friends in a defeat battle, but remember to not lose too much time picking flask, so try to kill troops in a way they die and left flaks on your path so you can pick them without losing any second

2e-Chasers: what to do when someone aim at you while you get kos? here we have 2 possible scenarios: 1st) someone atack you while you are in a red troops area: well, if that happens all you should do is pretty much avoid him while keep making kos, your most likely get less ko than you should, but your dumbass enemy is getting none! the speed x2 and def x2 buffs will help you keep him at bay. 2nd) under atack on yellow troop area: then we have another basic scenario of defeat:

2f- Fighting for an area! In most of maps, there are not enough red troops areas to provide good areas to all the team, so at least 1 member of the team should work on a yellow troops area, where you may find an enemy trying to milk that area too; thats not necessarily a kill or be killed situation, lots of times these kind of situations resolves after 1 side manage to land a couple of blows on the enemy or show better skill to get the kos, the damage side run away to find another place -like lions fighting for rule the pride xD- But if kill is what you need/want, there are som things you should keep in mind:
A-most of ppl in defeat don’t use have any life or defense upgrade
B- your killing assets: basicly 3: 1)your quick long ranged kill troops movement 2) musou 3) x2 atack buff: try to land 1 or 2 blows on your enemy, that cause him to knockback, colapse or stager and then hit him him musou with atkx2 its efective in most of cases, if your enemy survives with low life, get ready to dodge his true musou and if you manage to save that, your enemy will probably run away after it.

What weapons are good defeat weapons:

This is all you need to be a reliable defeat player. A c.Blade with Crescent on C1 for troop kill blow and 2-3 atack tempers leave the rest slots open for x2 buffs especially 1 and 2, also use all the mod points on speed to counter the slow basic speed and you are ready to beat anyone on defeat! Even r2 c.blades will do quite a decent work.
Also, show up in a defeat room using a c.blade with crescent will grant you a “not-kick” safe-conduct 99% of times no matter which rank you are!

decent choices -not the best but you may have one of this weapons already on your armory -:

Of course, im sure there are other good choices, so other ppl advices will be welcomed ^_^

For C.blade and any other weapon with atack upgrade on 3, to speed up the start so you can kill even the boss of every group in 1 blow
Its also a good choice economy-wise, since Large flask its a cheap item and one of the most common reward for quests. change it for storage flask if you are using a weapon with atak on 5 ._.

Keep those precious buffs up! but its an item harder to find and more expensive in general though

Speed boost its allways welcomed in defeat! Share the same cons as the time scroll, been a more expensive item, and to me, there are just better places to use a speed boost xD but thats just my opinion, speed scrool its a good choice for defeat indeed! 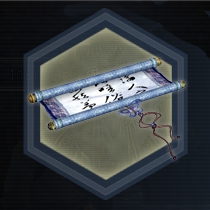 Increase the Range of your Weapon- So yeah, that extra push to hit those slow dudes still joining the group XD

Needless to say Level 2 of those weapons are even better choices: xD

Those are pretty much craft items (you can get some for promotion quest or rarely on broker), so not a great choice economy-wise lol, but if you r rich or in a high streak in CP, go on and use them! XD

Well, obviusly, what you want from a lieut. in a defeat fight its from him/her to just stay quiet! XD

To call or not to call:

Well, call the lieut its surely the 1st thing that come to your mind when it comes to keep him quiet, and its ofc a good and quick way to resolve this, but there are 2 cons:

A-Since you spend almost all the time in defeat running, lt’s highly unlikely to your Lt get his musou filled, but, sometimes..somehow… they just made it ._. And since then, you can no longer keep them quiet, and a lt runing around you with Full musou its something you don’t like, believe me >_> You can solve that unleashing his musou in a clean area, but still a lose of time

B- The noise XD Maybe just me, but i found that never-ending “ping” of the Lt call sound sooo anoying lol

Either if you call or not your Lt, there are some tipes of Lts you should avoid to use in defeat fights:

Humans:
Most of human Lt have that tendency to spam C3 most of times, so avoid user of long range weapons or wide area c3: I.Blade (probably the worst human Lt in defeat), Halberd, B.Blade, Trident,…

Tigers
Non-Riddable Tigers are the most agressive Lts out there by far, so avoid them D:

Elephants:
Non Riddable elephants are just 2nd to tiger to the “worst Lt for defeat” prize, don’t attack that often, but those things are troops spreading machines :V

Deer:
Deers dont attack too much and most of time they do useless head attacks, but deer charge attacks are quite annoying due to wide area.

Fox:
Even the most aggresive foxes are not a threat to your kos, since fox have nothing even close to a good ranged movement XD

Human:
Close Range weapons such as Flute, whip, nunchakus, P.sword,…use to do a fine work with do nothing XD

Cancel deployment-Default:
Cancel deployment provides you with a pretty much useless T.sabers Lt, so if you only have bad choices like tigers or halberd Lt’s, thats a good idea

Mounts:
Best defeaut Lt’s just because they actualy do NOTHING AT ALL!! /o/ and if everything goes bad you can go wild and use Blame tactic XDD But those have a bad point now: training influence durabilty ._.

As any other mode here, individual skills are easy to achieve -you know, the full moveset of every weapon just give you like 10 choices, thats DWO not Street Fighter xD-, the final level of skills to dominate this battle mode is the same as any other mode:

4a-Be aware of the situation + Teamwork

I know, i know, some ppl are surely thinking “umadbro, teamwork on defeat?” But yeah, ofc teamwork its needed to achive the “ultimate” defeat skills.

Indeed, you can do great just choosing a ko spot and making kos non-stop, but if you are just focused on yourself maybe you reach +700 kos, but at the cost of eating half the spot of one of your teammates, or constatly ruining others movement paterns. Also, only through
teamwork you can achive enough skill to go wild and break even the basic rules, for example, a good cordinated team, instead of stay in 1 area, can work with 2 ppl sharing 2 areas and killing troops almost the very second they respawn, or if a teammate gets killed a well coordinated team can re-arrange their positions according to the respawn point, or if the enemy have someone making a massive amount of kos, a good team can be aware of that and send someone to slow down that player while the others widen their areas to cover him,…

Pros and cons: Why play defeat?

pro:
-quick fights: averge defeat battles last for 2:30-4 minutes
–Honor friendly: 2-3 minutes battles with around 14-12 honor for winner and 10-6 for loser side its actually the faster way to get honor, way better than arena or melee farm and even better than those alt-farms if you have a good team
-Thrill: When everyone at both side know what to do, defeat battles between good-decent teams are hardly one-sided fights, where the judgement bar stays at the middle the full fight XD
-Defeat its one of the Campaing modes, so you should have, at least decent defeat skills
-Stats booster: With all those ppl sooo worried about their commander kill tittles and stuff, just add some defeat battles at your records and you’ll see everything go rise like **** -aside from your withdraw rate going all the way down to the toilet, though XD- Even an awfull Killer such as me, managed to hold the commander kill lol

cons:
-Repetitiviness, but you know, this is DW after all XD
-Rooms take time to fill