Hi there, I’m Raphael from Hydra. We recently leveled our guild, Kingdom, to Level 4 and got our Guild Hall. Something that doesn’t seem to be talked about a lot is Eidolons spawning in them, so I thought I’d write a small guide to it since I don’t even think a lot of people know it happens. 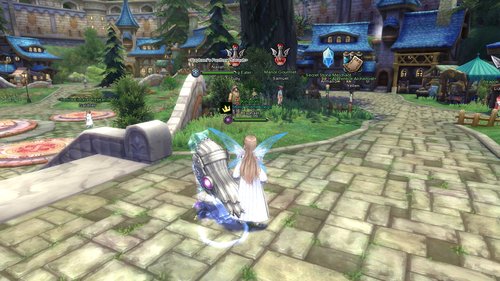 You unlock your Guild Hall upon reaching Guild Level 4. In the Guild Hall you’ll find merchants, bank and auction NPCs, as well as an Eidolon Researcher who will exchange 100 of your Eidolon Energy Crystals for a summoning item. There’s a 24-hour restriction when you first join a guild that stops you accessing the Guild Hall.

Other than the Eidolon Researcher Npc, there are also Eidolon bosses that will spawn frequently in your Guild Hall. They go by a set timetable, and will give items to all players who help defeat them. This means you can have several different parties of people on the same boss and every player will get something for it, so everyone in your guild can join in and help take it down.

The bosses seem to drop a lot of the same items as the Eidolons that spawn in Otherworld: Skandia, the Level 50 dungeon in Cactakara Forest. This means they’ll be able to drop Loyalty Points, Crests, and Key Fragments too.

*All times are to EST, the timezone of the server.
**Note that Monday and Wednesday are the only days where only one Eidolon will spawn throughout, the others all alternate between two Eidolons.

At the center of the Guild Hall you’ll find a formation of large circles on the ground. If you wait here at the right time, a Gaia Shining Totem will appear and an announcement will pop up saying that something’s going to happen. 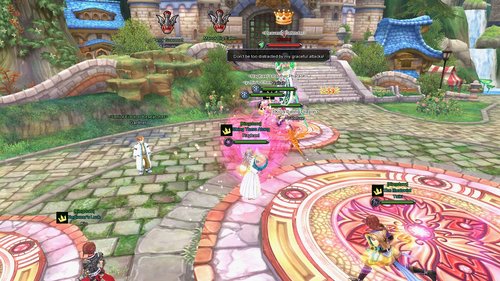 If you wait here (note it can take a couple of minutes) the cube will spawn an Eidolon and disappear. You can then fight the Eidolon and defeat it to get a selection of items. 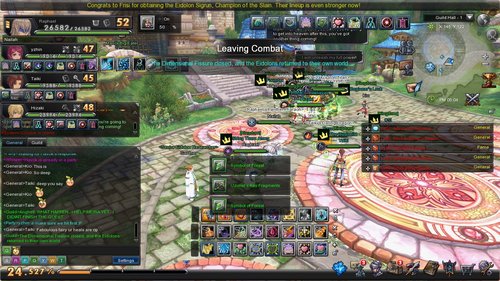 It’s recommended you have quite a few people to do this, or the battle will take a long while. Everyone who hits the boss will get drops, so there’s no disadvantage to having everyone come.