Since a lot of people keep asking me for my Gear Master skill build, so I just decided to share out the build of mine. I have re-rolled into Gear Master for a while, personally from my point of view, both class really not much different, but Gear Master more easy to play compare to Shooting Star.

Obviously, I have nothing to do in Dragon Nest beside going for DDN. As for DDN, both class did not have much different. But for a player like me which having some lag in 8 mens nest, Gear Master will be always the 1st priority to choose. Shooting Star require more skillful to play, you need to know the timing when to cast your skill. Example like you need to go near the boss for your splash to fully hit, if you having lag, you might going to get hit by the boss. In the other hand, Gear Master have nothing to worry about this, leave all the job to the tower and duck. The ai will attack by its own no matter how you lag. The important is you won’t miss the target.

Below is my skill build for Gear Master PVE.

Triple Shot Lv1: The damage grows not worth for the skill points.

Napalm Grenade Lv1: No point in maxing this skill since the damage growth not that high.

Stun Grenade Lv11: Compare to Napalm Grenade, this skill is a lot better since the damage is higher and is better to use as filler skill.

Summon Alfredo Lv3: Never see a loli without Alfredo especially engineer. Alfredo can leave it at Lv2 if you think is enough for you since Alfredo can be summoned every 10mins.

Recall Alfredo Lv1: No skill point needed, why not have it.

Vending Machine Lv1: Get it since no skill point needed.

Wax Lv6: Max it. This is what makes loli special, the movement increase for the party is useful. Besides, the slip can be useful when using toward the mini boss.

Air Bomb Lv1: Use to ignore this skill last time, but after trying out, it is definitely needed especially when go to the nest such as DDN that need a lot of jump to evade the boss attack. This skill can make you stay longer in the air.

Ping Pong Bomb Lv16: This is one of the DPS skill that engineers have. High damage, fast casting, low CD and long range. These is no reason not to max it. Although it might lose to Shooting Star in term of the damage, but still the best DPS skill that Gear Master have.

Mine Thrower Lv11: Another skill that having a nice damage. This skill damage actually on par with Big Mecha Bomber with low casting time.

Chemical Missile Lv1: Long CD makes this skill not worth the points. Getting lv1 just because of the debuff. The debuff won’t change at the high level.

Rocket Jump Lv1: Get lv1 for the life saving.

Alfredo Stomp/Berserker Lv1: Get it to unlock the Damage Transition. The damage of stomp not really nice while Berserker only increase the duration at higher level. You can simply resummon Alfredo to get the berserker again.

Damage Transition Lv4: This skill must be max. Although it had been nerfed compare to T3, but it still a nice skill to have. Reduce 55% damage taken for every member in the party.

Gatling Tower Lv1: Nerfed badly in T4. The range is too short and you simply cannot hit the target that far way.

Ice Pump Tower Lv7: Another skill nerfed badly in T4. However, it’s still a nice skill to have since it can reduce the water resist. Don’t try to lower this skill as the reduce water resist duration is based on the level.

Flash Grenade Lv1: Nice skill to have. The only iframe that Engineers have beside tumble.

Mechaduck Lv6 (Ex): Get it to unlock the EX. The damage show not the duck damage, it is the damage that you shoot out.

Mecha Shock Lv6 (Ex): Nice DPS skill for Engineers. Low CD which make it very nice for DPS. The Ex version make it more overpower. Not only increase the AOE and damage, it provide provoke as while, this make Gear Master more easy to solo.

Mecha Siren Lv6 (Ex): The debuff of this skill for PVE kinda useless. I put the skill until lv6 just for the damage, increase movement speed and AOE sound not bad for the duck.

Mecha Bomber Lv10: Reduced 30% damage of the target. Is a small devastating howl from the ducky. Quite useful in the 8mens nest. You can always reduce some points from this skill if you not going for 8mens nest, but the damage is insane since it does buff up in T4.

Skyline Lv2: This skill actually been boosted by the developer, not only the damage increase, the AOE also increase a lot.

Chainsaw Tower Lv6: This skill is the best tower among all the tower that Gear Master have. The duration is long with low CD make it very nice skill to have. Besides, it increase 20% damage to the target which near to it make it even more overpower. Imagine with a Force User and Acrobat in the party, with spirit boost and time acceleration, 3 towers on field with fast attack going to be deadly.

Big Mecha Bomber Lv2: I pretty much won’t be using this skill a lot since dislike the charging style. The damage even worst than Mine Thrower after charging up. Might as while use the Mine Thrower with low casting time. 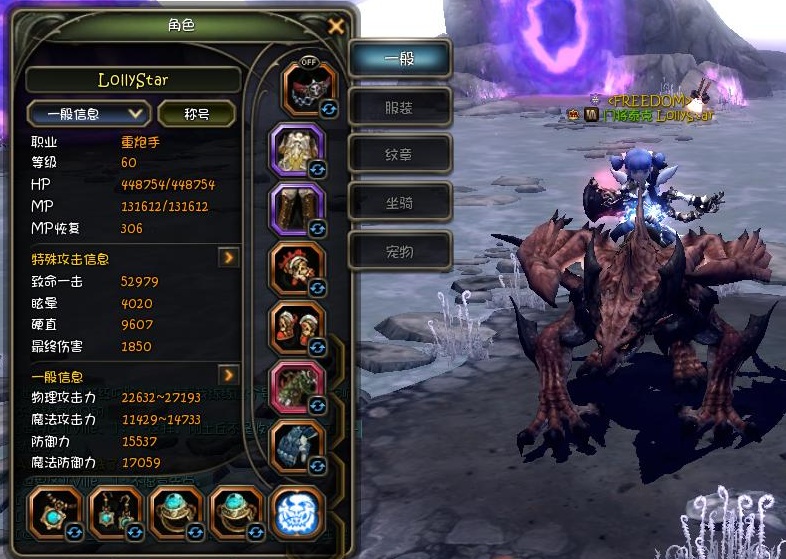 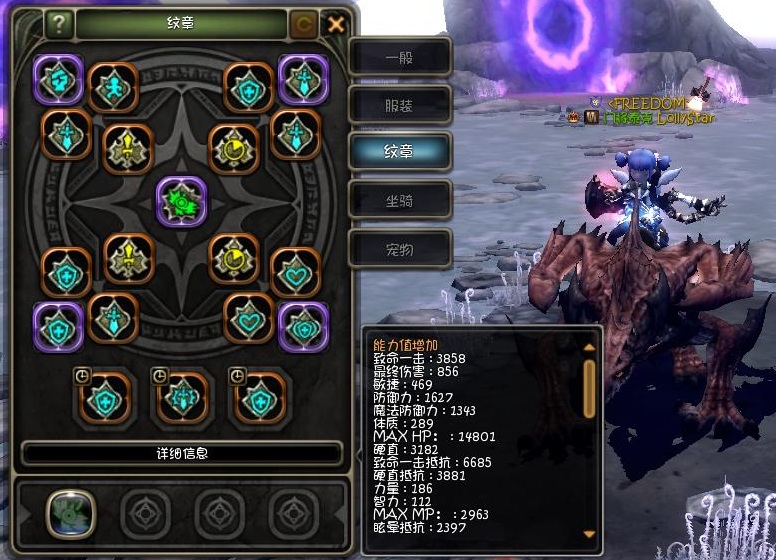 For people who unable to spend money for the FD, I will suggest you not to get it unless you able to hit 1.3k FD in 60cap. Try pump up your patk rather than stacking FD. Almost all physical classes easy to pump their damage, they won’t need to worry for the elemental attack and critical. Although engineer got some elemental skills such as ice pump tower and gravity grenade, but I would strongly advise you not to pump up the elemental attack since you need 40% more to see the different, no points pump up just for one or two skill.

For me, I going vit suffix on top and bottom as vit did increase my hp together with my pdef. I recommend that going for will suffix instead of life suffix for the glove as loli SA is pretty low. Head and shoe going for wind to increase some attack and critical.

You can always go for all wind suffix if you feel like your hp is more than enough. But, if you plan to go for 8mens nest such as DDN, the vit suffix will help you a lot. Do remember, survive always win over damage. No points to have so much damage if you unable to survive. 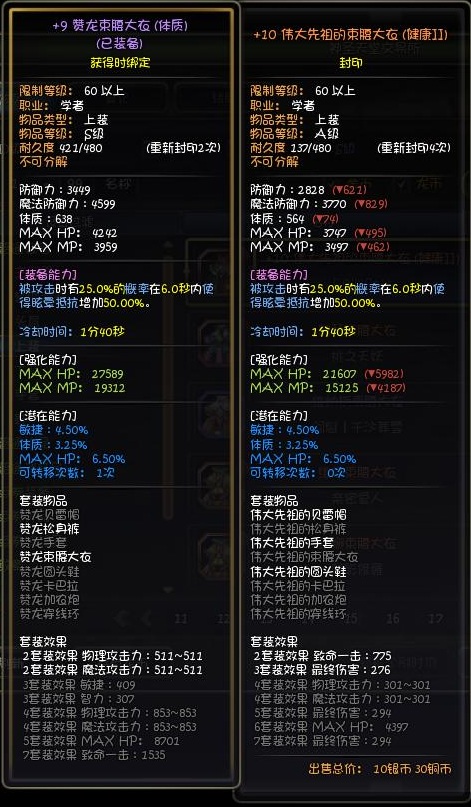 The hp and def boost up a lot when swap to 60S, worth to get it but enhance is a pain. 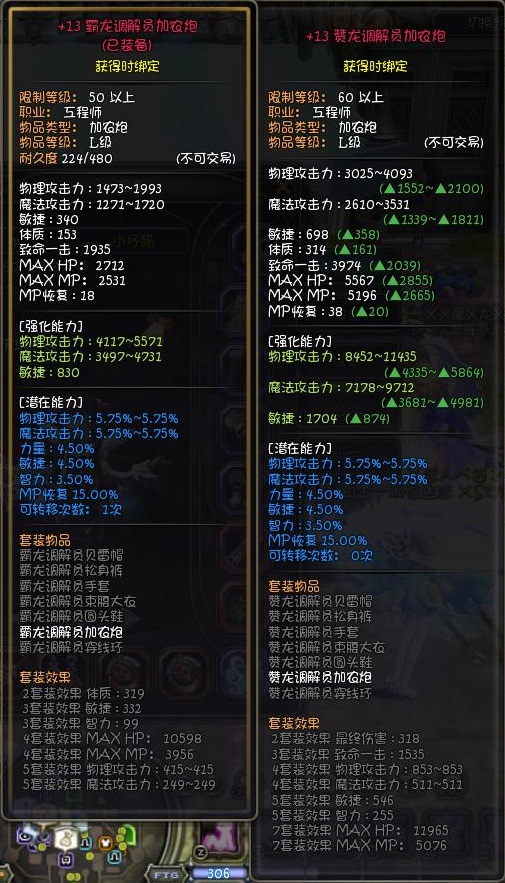 My Shooting Star build if you interesting

Different between Gear Master and Shooting Star
This 2 classes are very easy to differentiate. One is the continuously damage while another is burst damage. Lv45 skill is the best example to show the path of the 2 classes. Gear Master was getting Chainsaw Tower while Shooting Star gets Splash. This means that Gear Master is rely on the tower to make continuously damage to the target while Shooting Star skill is instant cast and give out burst damage to the target. In T4, most people would prefer to be Shooting Star, this is due to the 60cap bosses are having high mobility. The tower will miss the hit if the bosses keep running around, this is why the lack of Gear Master in T4. Overall, I feel that both classes did not have much differences, just pick the one you like.