Flaps are devices on the wings of an airplane that have two distinctive results depending on the speed of the plane: 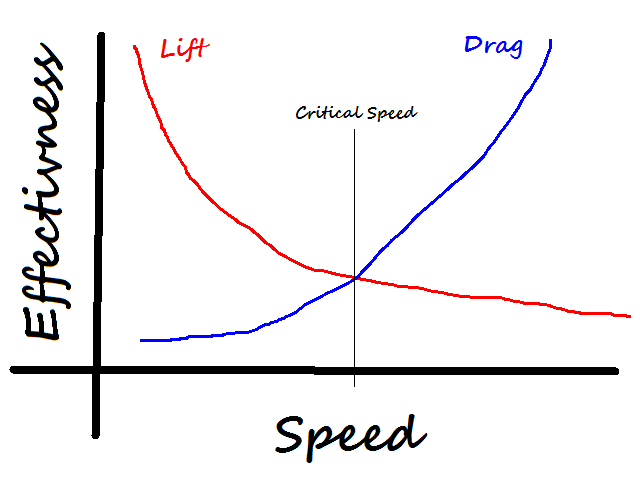 In War Thunder most bi-planes don’t have flaps (although some do, e.g. Gladiator), others have basic flaps with only Landing setting while most have advanced flaps with these four settings:

No Flaps: without flaps planes needed a lot of wing area to generate lift at a slow speed and take off from a reasonably short airstrip, this means bi-planes with two wings but two wings will generate more drag at high speed and that will prevent the plane from going fast. A monoplane without flaps will need a big wing and lots of runway to take off (e.g. the PBY with its big wing and ocean long runway). Flaps enable planes to have different characteristics at different speeds.

Combat: just a little bit of flaps, this will make your turn much tighter. Some planes don’t have this setting, I use the Landing setting when turning and it seems to help. Flaps have to be retrieved right away or they will slow down the plane.

Takeoff: this will help you take off faster and at a lower speed, without it you’ll go to the end of the runway before taking off. Once you are airborne retrieve your landing gear and then the flaps.

Landing: this is the maximum amount of flaps deployed when the plane wants to land and it will slow it down.

Using flaps when landing can be tricky if the plane slows down below the critical speed while still above the ground the flaps will start generating more lift than drag and you won’t be able to land even though your speed is quite low, suddenly pulling the flaps at this point will cause a sudden drop off in lift and your nose will drop down and you’ll crash. Use your flaps to slow down but keep an eye on the speed, pull them up if you are too slow and keep your throttle at 30% until you hit the ground instead of 0%

By default ‘F‘ is bound to automatic flaps control, this will switch your flaps based on your speed. For most planes this works fine but I found that on some planes and in some instances it will switch to Landing instead of Combat. The ‘[‘ & ‘]‘ are bound by default to flaps down and flaps up, that’s the best way to control your plane flaps but the default keys are bit out of the way. Either bind the flaps to more handy keys or to your device (mouse or joystick). If you want to control your flaps manually then remember to set auto control by the instructor off.