In HB and FRB there are no bombing cursors for fighters. So, how do you line up a target?

There are two ways, Dive Bombing, and Glide Bombing. For now I’ll do Dive Bombing. It is really rather simple and only requires you to practice to get a feel for it. It’s easier to start off in HB difficulty for this task since you are able to use Virtual HUD mode, and that’ll come in handy for practice.

As the bomb falls through the air, it is pulled down by the gravity of the Earth. It also has the planes forward momentum, and also has air-resistance pushing back on it. The curved path leading towards the ground is called the trajectory. Due to the curve, you must release the bomb some distance short of the target. But due to trail, caused by the air-resistance, the bomb would fall short, so you must lead your target. 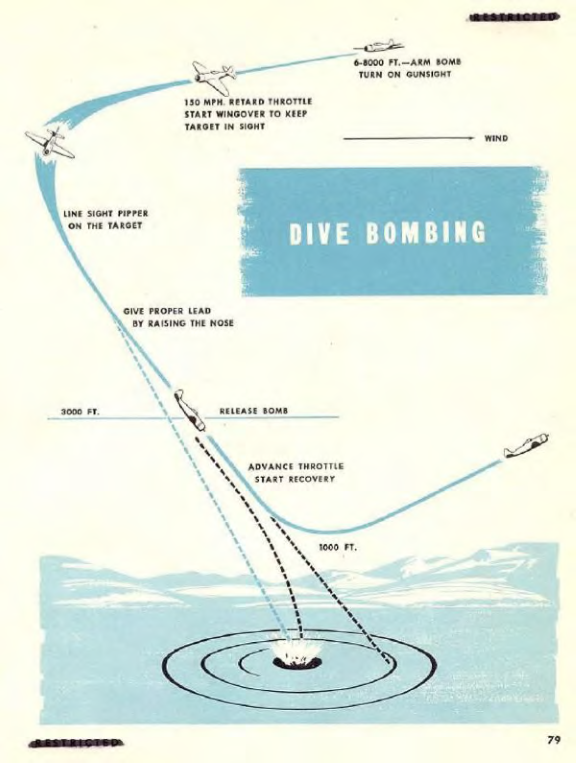 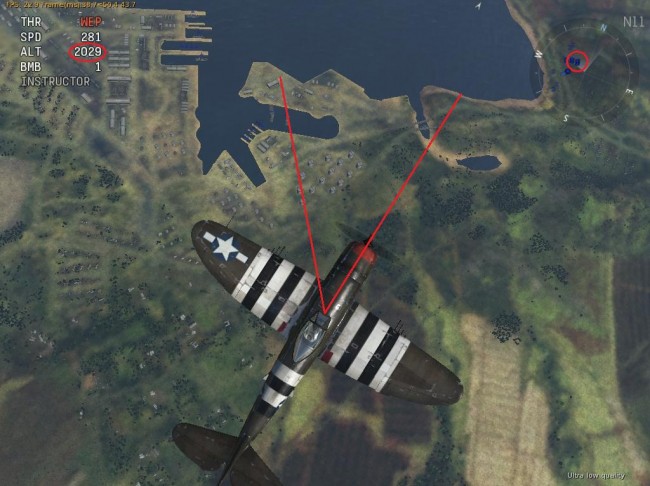 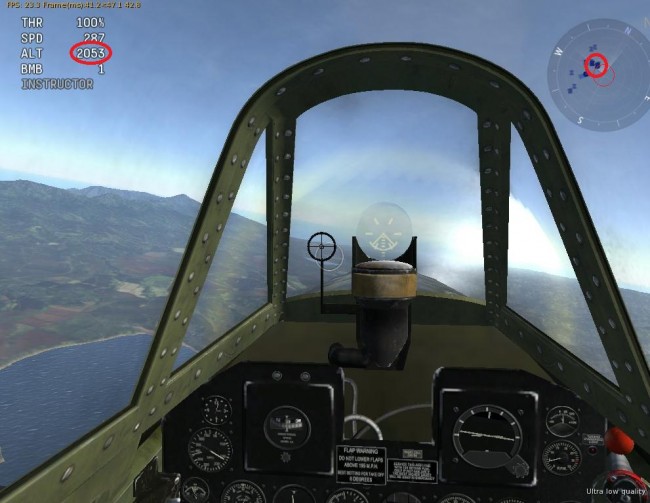 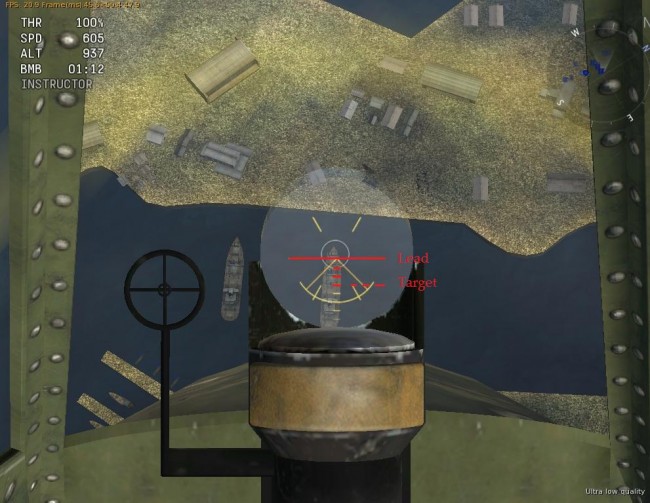 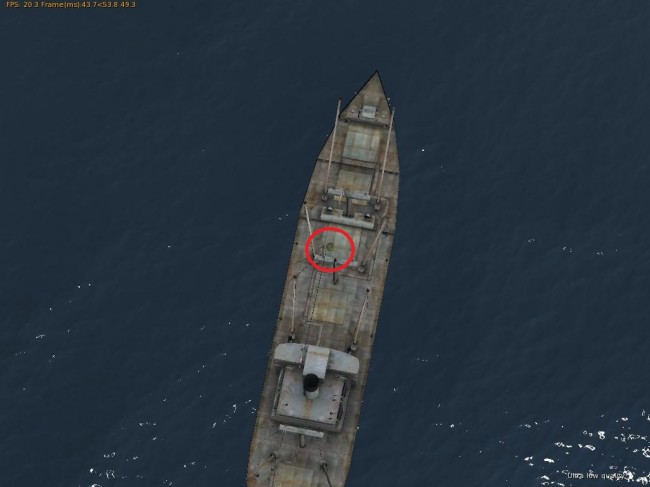 Little Histories: Gil Wymond of the 57th fighter group, brainchild behind turning the P-47 into one of the most efficient ground attack units of the war. By simply and crudely fashioning a tank release on the floor on the front of the cockpit together. This allowed the pilot to simultaneously drop bombs by simply leaning forward to drop his bombs, and being able to keep his eyes on the target. 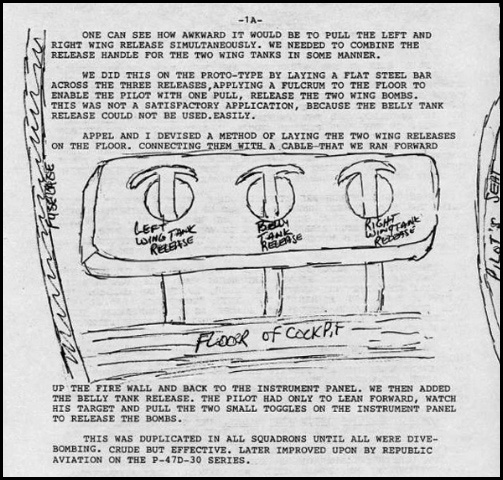