DPS Spreadsheet: Thank you Sanctumz for the DPS spreadsheet.

Defense, Deflection, and Damage Reduction for Guardian Fighters: Good math and discussion starting to show up for Defense and Deflection. Will keep this link here as long as the thread stays updated.

Envy’s DPS Guardian Build: for pure DPS Guardians out there. This is an amazing build for PvP, and with a few slight adjustments, can be used for tanking as well.

Venore’s Debuff Turtle: This is a pure tanking guide with detailed explanations of the powers and feats that go along with the build. 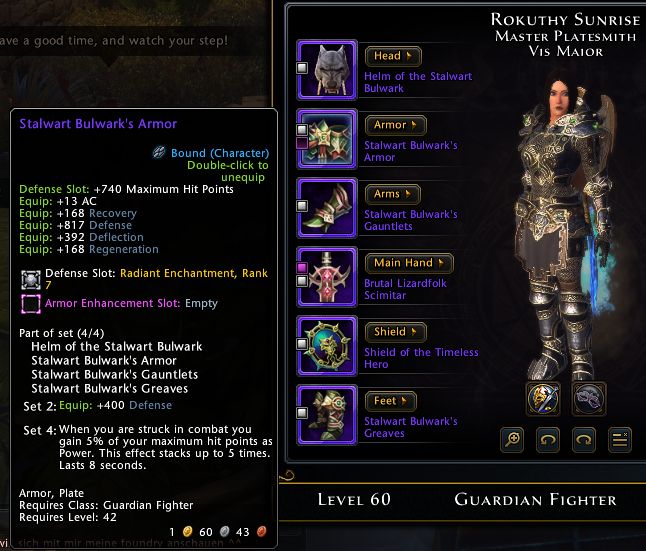 Raises your power by 25% (at full stack) of your max HP when struck in combat. This essentially has 100% up time in instance runs if you’re still ‘acting like a tank’ by using Threatening Rush and Enforced Threat. This set may not stay viable forever, but for the time being it’s a very strong choice for the hybrid tank build. 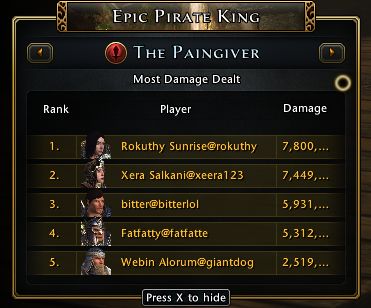 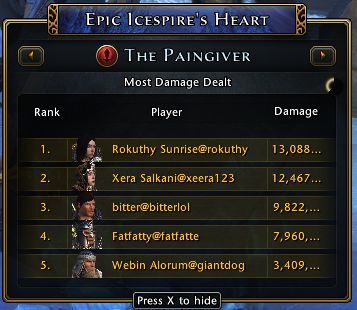 I ran those two instances specifically to see how the set bonus performed in T2’s (granted they aren’t the hardest T2’s, but it’s a good reference point). I’m impressed with this setup so far. 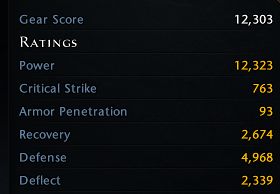 This build started off as a simple way to counter the expensive respec costs that exist in the game. The initial purpose of the build was to create a spec that was viable for both PvE tanking, foundry/questing solo play, and PvP. It has, in my opinion, become one of the premier Guardian Fighter specs that you can play. While it is still perfectly viable for PvP, it truly shines as one of the strongest specs out there for PvE Hybrid Tanking and DPS. This build will fulfill all tanking needs in T1 and T2 content, while also putting out extremely respectable DPS. This build nullifies any need to respec (I’ll do all the respeccing for testing purposes) in order for you to fully enjoy PvE, PvP and solo Neverwinter content on your Guardian Fighter.

Keep in mind also, that I’m constantly experimenting. Along with my main gear set, I have an additional 23 items in my inventory (fully enchanted/runed) that I can swap on for different situations (and testing). I keep this guide updated based on the things that I’m currently doing that work. If you catch me in game, I may be using different gear, or running with a different spec, etc. I’m just testing things out. Once I feel confident that it works, I’ll add it to this guide. I’ve spent around 40,000,000 AD since the game came out testing various gear and specs, so there’s no telling what I’ll be doing each day as far as my playstyle is concerned.

With this setup, you will be able to purchase every power needed for tanking and DPS, and still have a few points left over to make personal choices:


If something is listed as optional, that simply means that it’s not integral to PvE tanking or DPS. There will be 15 points leftover after all essential powers have been purchased, leaving a little bit of flexibility and personal preference for how you finish out your build. I chose my extra powers based on varying factors – PvP, experimentation, etc. It’s entirely up to you what you purchase with those 15 points, and it will have very little impact on the hybrid build overall.

The first thing to take note of here is the fact that I’m human and have 3 more points to spend on my heroic feats. I recently made a slight change and went with 3/3 Weapon Mastery. I didn’t feel like the 4/5 Ubiquitous Shield was necessary. I have a point in it right now just because it’s an oddball point and it doesn’t really matter where it goes. I could have easily gone 2/3 Grit or 2/3 Shield Resurgence, but in the end, that last point is going to be of little consequence. Put it where you want. If you aren’t Human, then I’d recommend to just not worry about 3/3 Weapon Mastery. I’m not stacking crit on any of my gear, so adding the 3% isn’t going to be game breaking.

We’re going right down the Conqueror tree to start.

Again you will be left with an option after you pick up the main feats. With five points left over, it’ll be entirely up to you where to spend them. I personally went with 5/5 Menacing Impact, purely due to the sheer amount of times I hit Villain’s Menace during dungeon runs. However, Plate Agility is a good choice for hybrid tanking, Reinforced Surge or Improved Vigor could be solid choices for PvP, and Crushing Pin could be an option as well. It’s entirely up to you.

I’ve changed things up ever so slightly for boss fights. There are generally two different types of boss fights and strategies to use: the cleave on top of the boss with adds strat, and the straight up DPS burn strat. For the cleave strat, this is my setup:

You’ll notice that I no longer use Iron Warrior. It just doesn’t fit with this new playstyle and it also isn’t needed. The cast time on the ability makes it harder to use as a clutch, life saving CD, and the extra shield block isn’t typically necessary. I’ve also replaced Shield Talent with Combat Superiority, and Enhanced Markwith Ferocious Reaction. Due to my current DPS, Enhanced Mark isn’t needed – I have less aggro issues than I ever have before simply from raw DPS, and Ferocious Reaction sort of serves as my new Iron Warrior in terms of a life saving CD. I don’t find myself blocking quite as often, instead I opt to avoid as much telegraphed damage as possible, block only when absolutely necessary, and face tank the rest. Villain’s Menace is my most used daily – it gives me the most DPS uptime possible through its resistance to disabling effects, however, I use Fighter’s Recovery anytime I know I’m going to need healing (especially if my cleric is kiting).

For the straight up DPS burn strat, this setup is assuming that nearly 100% of my focus will be on the boss. I want that boss dead as soon as possible as my cleric or the rest of my group handles the adds. In some cases, the cleric will perpetually kite all adds in the encounter until the boss dies; in other cases I’ll hold the boss away from the group while the other DPS stand on the cleric killing all adds that come to him. For this strat, I use the following setup:

This is a simple setup for pure single target DPS. It involves keeping your Tide of Iron debuff on the boss at all times, weaving the initial Griffon’s Wrath charges in with Lunging Strike and Knee Breaker, and then just continuing a rotation of using every ability on CD with 100% uptime on the Tide of Iron debuff. Straight and to the point. The only thing I’ve been thinking of testing is swapping out Knee Breaker with Anvil of Doom. Not only is Anvil of Doom a hard hitting ability, but it’s also an execute. Considering the health pool on some bosses, it seems plausible that you’d be able to get off several Anvil’s while in execute (<25% HP) range.

1. What is the best race for the Guardian Fighter?

Race is entirely a personal preference. I personally chose human, but I would have probably chosen human regardless of any racial or stat bonuses. It’s just what I prefer to play. So pick something you’ll enjoy, something you want to look at, etc. It doesn’t matter that much in the end.

2. What initial attributes did you choose? What attributes should I pick?

3. What kind gear do you wear?

I currently use the Stalwart Bulwark 4 piece. 5% of HP is converted to power upon taking damage, stacks up to 5 times for a total of 25% of HP to power. For my jewelry, I recently swapped from defense/deflect jewelry to power/crit/recovery jewelry. Yes, this means I forgo the max HP (which means a litle bit of power from HP), in order to gain straight power and recovery, while crit is just a bonus of the gear. The best items of choice here: Neck – Revolt, Rings – Control, Belt – Control. As usual, my advice is to always balance your stats for whatever goal you wish to achieve. I use the Timeless Hero shield, and am currently farming the Timeless Hero weapon. I’m undecided if I will be using the Castle Never weapon set (sword/shield).

4. What is the best pet for the Guardian Fighter?

I’ve seen arguments for the Stone, but I prefer the Cat. It rarely dies and it transfers 100% of its stats to you. Its natural stat bonuses are recovery (our best stat), and crit (a good stat). It has a neck, ring and belt slot, along with 2 offense and 1 defense rune slots. All stats put in these slots transfer 100% to you as long as the pet is summoned.

5. What are the best stats to be stacking?

This is currently up for debate as more and more theorycrafting is becoming available. This is the DPS Spreadsheet I’m currently using for my stat weights and gear choices. Currently, I’m aiming for around 25% recharge speed increase (this is a little over 3,000 recovery), and then stacking as much power as possible. Now, the Stalwart Bulwark 4 piece really helps here – with it, we can hit power levels that normally wouldn’t be possible. After power, I choose crit. Most of my crit will come from control items (power/crit/recovery), and I will end up with about 20% unbuffed crit in my final gear set. So to recap: Recovery to 25% recharge -or- 3200 -> Power (as much as possible) -> Crit -> Defense -> Deflect. I have a link to a nice discussion concerning defense and deflect at the top of this guide that you can read over. In my opinion, once you hit about 4,000 defense, the added benefits really begin to diminish and it becomes less valuable to stack. Currently with 3800 defense and 31 AC, I have 45.4% damage reduction. When I stack defense to 4900, I have 47.5% damage reduction. Therefore I decided that 45% damage reduction (for the time being) is a good stopping place so that I can begin stacking more offensive stats (recovery, power and crit).

6. Is your gear also the best gear for PvP?

While I feel my gear is strong for PvP, I think it has a few disadvantages. The Stalwart Bulwark set requires a build up period – you don’t always get (nor want) that build up time in PvP. I also value crit far more in PvP than I do currently for PvE. Burst is king where as sustained damage isn’t quite as important. It can be nice, don’t get me wrong, but you really want burst to drop targets as soon as possible. So for PvP, I think going with a higher base power, high crit build is more advantageous than the Stalwart set. I’d refer you to Envy’s guide for more PvP discussion. While I have an extensive PvP background in other games, the purpose of my guide is PvE Hybrid DPS/Tanking.

7. What runes and enchants should I use?

This boils down to your current stats and what your goals are. First, for your Cat (if you’re using one), you don’t want to stack any HP there – HP doesn’t transfer to your character. So you want to be using pure stats. So for offensive slots on the cat, you’d either go recovery, power or crit. Defensive slots on the cat, I went with defense – defense slots on my gear, I go pure HP. Offense slots on my gear, once again, will be based on what stat I currently need – either recovery, power or crit (I doubt I’d ever gem for crit). Currently though, I’m using Tenebrous enchants, but it’s just an experiment at the moment. The jury is still out on whether or not they’re best in slot. For utility, it doesn’t matter, I just toss movement in there.