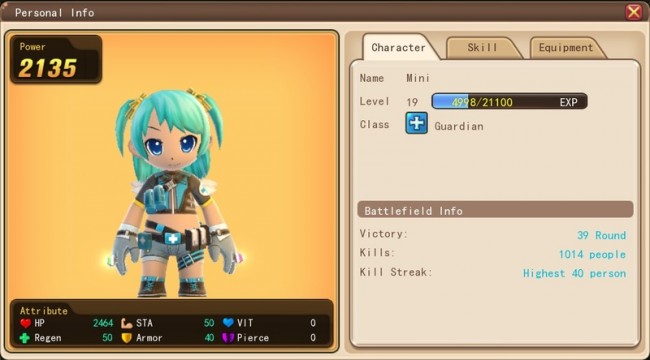 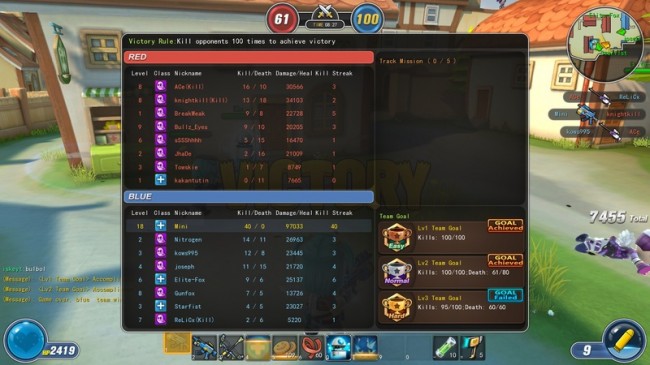 I’m sure many of you want to attain such score. Well, I can say it’s not impossible, else I wouldn’t be able to show it here today. For your info, there are also a couple more who managed to achieve 40 Killing Streak! Bravo to ’em!

OK, I’ll start off with some simple tips for playing as a Guardian;

1. Priority
Knowing your priority will reduce your death counts and allow you to strike down more opponents.
In most combat you will be engaged in a crossfire. Therefore knowing your priority can be lifesaving.
My priority: Assassin > Guardian > Gunner

In a scenario if you encounter 1 Assassin and 1 Gunner.

Always take down the Assassin first. Why?
Because Assassins deal the highest damage and they’re fast. Never let an Assassin get near you. Shockwave them if they are in range, and jump backwards to shoot them down.
Their knife can be deadly but it does nothing if it doesn’t reach you. Learn to predict if an Assassin is going to change to melee or flee. It’s best to maintain a mid-range combat with an Assassin.
If you encounter an Assassin in an long range, CHALLENGE them for a long range duel with your high accuracy rifle! Usually you can survive 2-3 bullets from an Assassin. Run, only if you got shot once. Aggressiveness is what it takes to achieve high scoring.

Guardian VS Gunner. Gunner seems to be tough but they’re actually not as tough as they look. They do have their weak spot as well when they are holding their bat &amp;amp; shield. Aim for their head! If they had their shield on, just aim any part of their body to break their shield, then continue going for their head. If a Gunner starts launching a rocket on you, it’s the best time to make your advancement because they can’t any longer shield themselves from bullets. They are the most vulnerable when they had their guns on. Always maintain a mid-range combat with a Gunner. Their bat hits hard too if you can imagine a real bat going for your head. That’s how painful it is.

Guardian VS Guardian. Since this is a same class fight, the victor will determine who is more experience and mightier in using the Guardian class. I’ve got nothing much to touch down on this part.

2. Aggressiveness
Be aggressive and chase after your opponent. The moment your opponent has an intend to flee, it’s your best time to strike! People always start to flee when they are reloading, low in health, or  even they know you’re the wrong person to mess with. This usually causes your opponent to panic and  unable to fight back properly.

3. Tactics while engaging your target
– Always move around when engaging in a combat.
– Jump in circles around your target.
– Always tyrannize your opponent. (Be aggressive)

Conclusion
– Learn the game’s mechanics.
– Study and learn how your skills work.

PS: I don’t really believe in bows and Arrows. It’s just an accessory in my hotkey.