Rush decks are usually fairly cheap. The most expensive cards are wind walkers, and while they are pretty much necessary, rush decks can function without them.

The best part about rushing is that you pretty much know the outcome of the game on turn 4/turn 5, so if you can’t win, you can surrender fairly early in the game and go on to the next one. This helps a lot when you are grinding PVP ranking.

Warriors and Rangers are better for rushing. Read the skill cards section below for more info.

First of all, you do NOT want to go over 15 cards. You want to maximize the chance of drawing the cards you want. Putting too many cards will make your deck inconsistent and slower.

You do not need nukes (slash/fireball/double stab etc). The nature of playing rush is suicidal. Your goal is not prolonging the game; your goal is to win in as few rounds as possible.

You want to put in units with high DPR (damage per round), which means low CD (to play them as early as possible), high attack (duh) and high movement speed (to start dealing damage to your opponent as soon as possible).

Here are the units used in rush decks (the stats are legendary):

Horseman (1CD 2/12, Calvary)
Well, he’s very unlikely to die in 1 hit. In fact, he can probably tank 2 hits before going down. He’s good for occupying enemy spawning spots because of his health.

Lancer (1CD 4/5, Calvary)
Having high attack makes him a scary card on turn 1.

Pegasus Scout (1CD 3/6, Pegasus)
Fast and efficient. The best part about Pegasus is their ability to penetrate through a line without flying units or walls that block flying.

Lucius Swift (1CD 5/1, Calvary/Short Bow/Hit & Run)
He’s the 1CD version of Centaur Marksman, but you can only have one copy of him on the field. He’s good on turn 1 and turn 11.

Maia the Shadowblade (1CD 2/3, Wind Walk/Ambush/Heroic 1)
The best part about her is the low CD. She pretty much dies to everything that has vigilance, but she can win you the race if she’s played on turn 1. She’s hard to get in the current version.

Pegasus Rider (2CD 4/7, Pegasus)
The slower and stronger version of Pegasus Scout. Because units with vigilance always hit whatever is behind them, you can keep summoning pegasus to occupy the spawning spots suicidally. 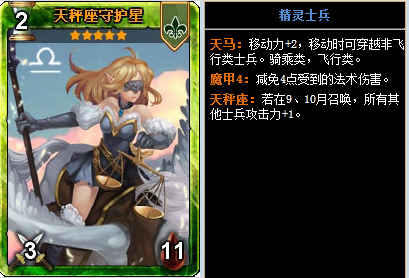 Good stats and amazing abilities, she increases your DPR (damage per round) by a lot. You MUST play her in September and October if you have her. She’s just that good.
She’s better than Chieftain Lionroar in a rushing deck.

Encourage
Use it on units that have reached the other side, and watch your DPR (damage per round) grow.

Stalling with a mix of nukes, squires, zombie swordsmans, templars and solid ground units is probably the best counter to rushing, because rush decks only have 15 cards.

Over 50% of the cards have 1CD, and there’s a nice balance between pegasus and calvary.

Compare to aerial units, ground units usually have better stats. Anything with armor will slow down or even stop the rush, but some of your units should be at the enemy spawning spots by the time your opponent plays something with armor.