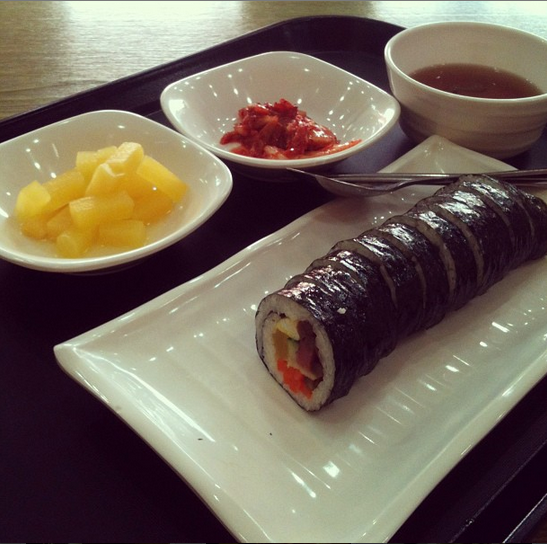 There’s honestly too much delicious snacks in Seoul that I have to blog about them in 5 separate posts :O

Let me start the first out of five posts with Korean street food!

These can be found at any road side stalls. My favourite is found at Edae Street. You will often find pushcart stores that serve cups of fried chicken drenched in sauce, served with tatter tots and ddeokbokki.

Tuigim is a type of fried Korean snack, there’s meat tuigim, such as squid, and vegetable tuigim. The pushcart stalls are also easily found at any road side. The stall owner will give you a free bowl of soup on the side. Sometimes, if the store owner likes you, s/he will give you free odeng (skewered fish paste)!

Toast is often eaten during breakfast or sometimes as a snack. Gwanjang market also serves famous ahjumma toast. After which, you can go to Cheong Gye Cheon for a picnic.

You can also try the most popular chain, Isaac Toast! They’ve a large variety of sandwiches to choose from, plus they’re extremely affordable.

I wrote about kimbap under one of the Top 10 Must-tries In Korea! Many of the markets serve these mini kimbaps which have no meat and a few vegetable slices in them.

If you want those with filling, do try this chain store called “Tomato Kimbap”. They serve very interesting kimbaps, such as Tonkatsu Kimbap or Ebi Kimbap :D

This is similar to Japan’s Taiyaki and make sure you say “Bungeoppang” and not “Taiyaki” to the store owner. Otherwise, s/he might scold you because they seem to believe that they, and not the Japanese, have invented this little delicious snack.

These delectable treats are so delicious and easy to pop into your mouth. They’re filled with custard cream and chocolate. I always patronize the stall outside Myeongdong station.

Croquettes might not really be traditional and may often be thought of as a Japanese snack. However, I want to introduce this store called “Chilly-Cha-Cha”. This hole-in-the-wall store serves the best croquettes with mouth-watering flavours. There’s basil curry, apple pie, corn croquettes. Do try the other specialties such as squid fried rice and chili bowl.

This snack is usually eaten during winter season. What can warm you better than a warm, gooey and sweet dessert pancake?

Trust me, after you’ve eaten one. You’ll crave for another one!

The next post on must-try snacks blog post will feature churros in Seoul! Do look out for it :)