Pros:
– Best healing spec in the game currently
– Doesn’t have to worry about crit% which can be hard to stack
– Can tank well enough when on their own (excluding bosses)
– Debuffs out the pooper
– #1 Duel class right now
– Not bad in Arena either
– Stuns for dayz
– Super low CD times

Cons:
– DoT is weak harder to solo
– Needs good pet
– Get bothered a lot to do runs
– Gear is expensive right now

THIS IS A GUIDE FOR PURE SUPPORT BARD ONLY, WITH THIS BUILD YOU SHOULD HAVE 0 DEATHS IN DUNGEONS AND IF THEY DIE IT WASN’T YOUR FAULT 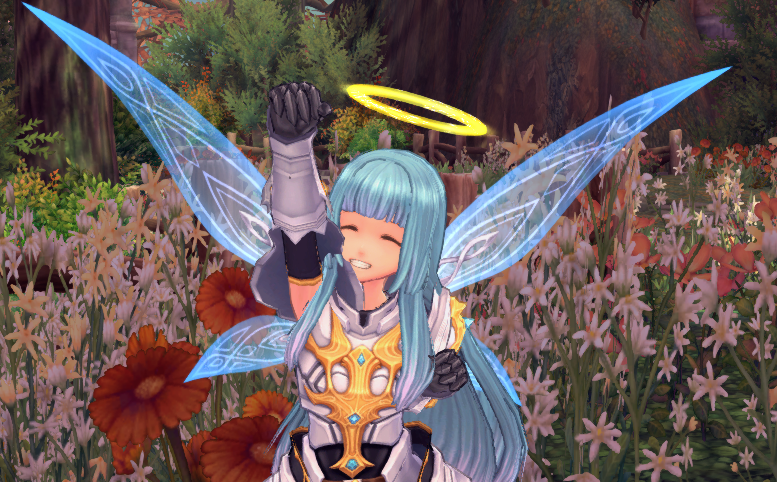 Ohai everyone! It’s HealYouLoli your FAAAAVORITE RIOT guild Officer!! People keep asking me how to build my bard since I’m so OP. So to begin with let’s start by looking at the offense and defense skills you will need!
NOTE TO ALL, THIS IS ONLY FOR BARDS WHO TAKE SORC AS SECOND CLASS

OFFENSE AND DEFENSE IS WHAT YOU WANT?!?!?! 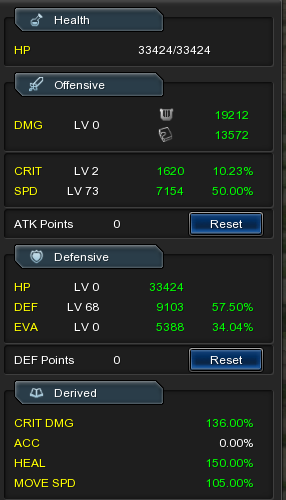 You can see what I have done skill wise. For bard Crit is totally useless. Spd is amazing, SPD SPD SPD IS AMAZING. The more speed the better, It lowers Activation Speed and Cooldowns! On to Defense, unless you are going to go for a pvp bard, then all you need to stack is pure Def. It allows our class to sit in one place for maximum tankiness! On a side note STOPstacking speed when it reaches 50%, instead start stacking crit because damage is useless, and stop stacking def at 75%, once def is capped start putting points into HP 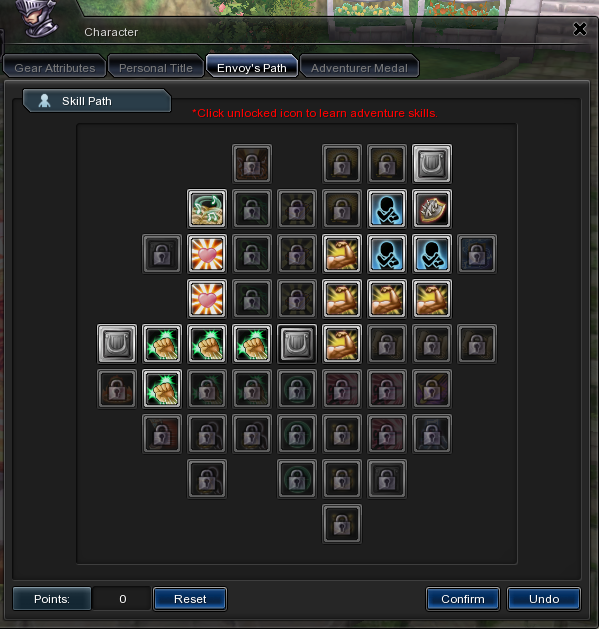 This is my own personal build for paths, there are many different paths that you can go down to get different desired results, but as it is I chose to go with the SPD, and also tankiness and various other things just so that my heals hit that much harder. You can always take the crit path but I don’t see a need for that unless pvp is what you wanna do. On the skills that you can get from your envoy path, the only REALLY NECESSARY one to take is song of winds as it is a party Evade buff and is suuuuuuper useful when fighting bosses. Many are thinking why not sprite and I removed it because in a party setting it doesn’t do enough damage at higher levels to warrant it taking up even a hotbar slot. 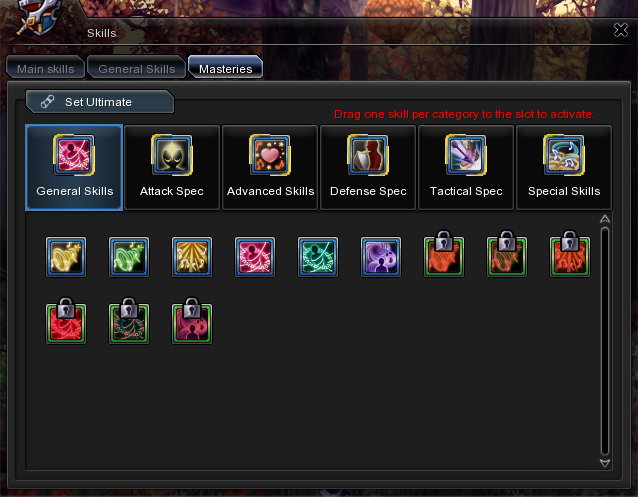 For ultimates it is pretty straightforward, in attack spec take Focus for the extra SPD, in advanced take Rock And Roll Ballad for the def buff to help out party members! In defence take Iron Wall for extra tankiness! Next take Ars Noxia for the mob slows when you’re trying to ball up mobs to kill in instances, the final in special skills is Fiery Song to give the extra 20% EVA!!!! 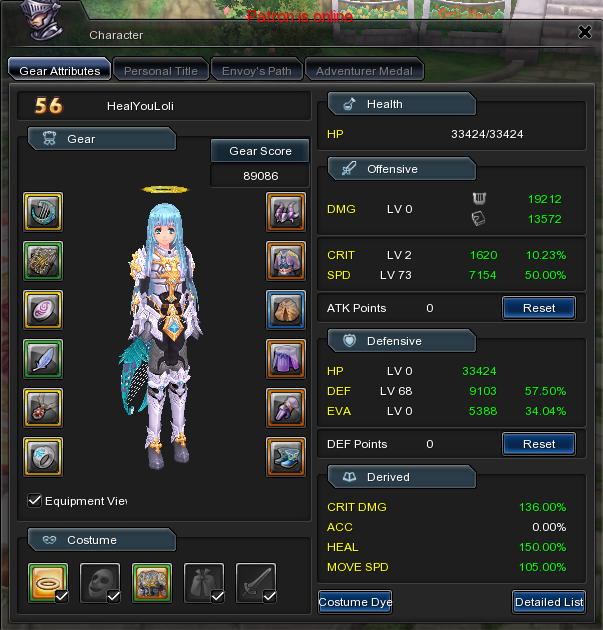 These are my stats right now without any buffs on, when in a party and everyone is buffing my defence goes up to about 63% and I sit in the boss cones right now and take maybe a fifth hp on a hit but it heals back almost instantly. In order to move on to 60 gear once I get there it will be necessary to craft the level 50 Epics so I can keep up in dungeons. The armor set to go with right now is REQUIEM and the ring/cape/neck set you will want is Leo’s As I am right now I heals for 3.5k a second on just regen buffs and my Healing Tones hits for as much as 8 or 9k. I didn’t post trophies because if you are my level you know what they are, and if you aren’t then I say pick your own because it depends on your play style what trophies you will want. 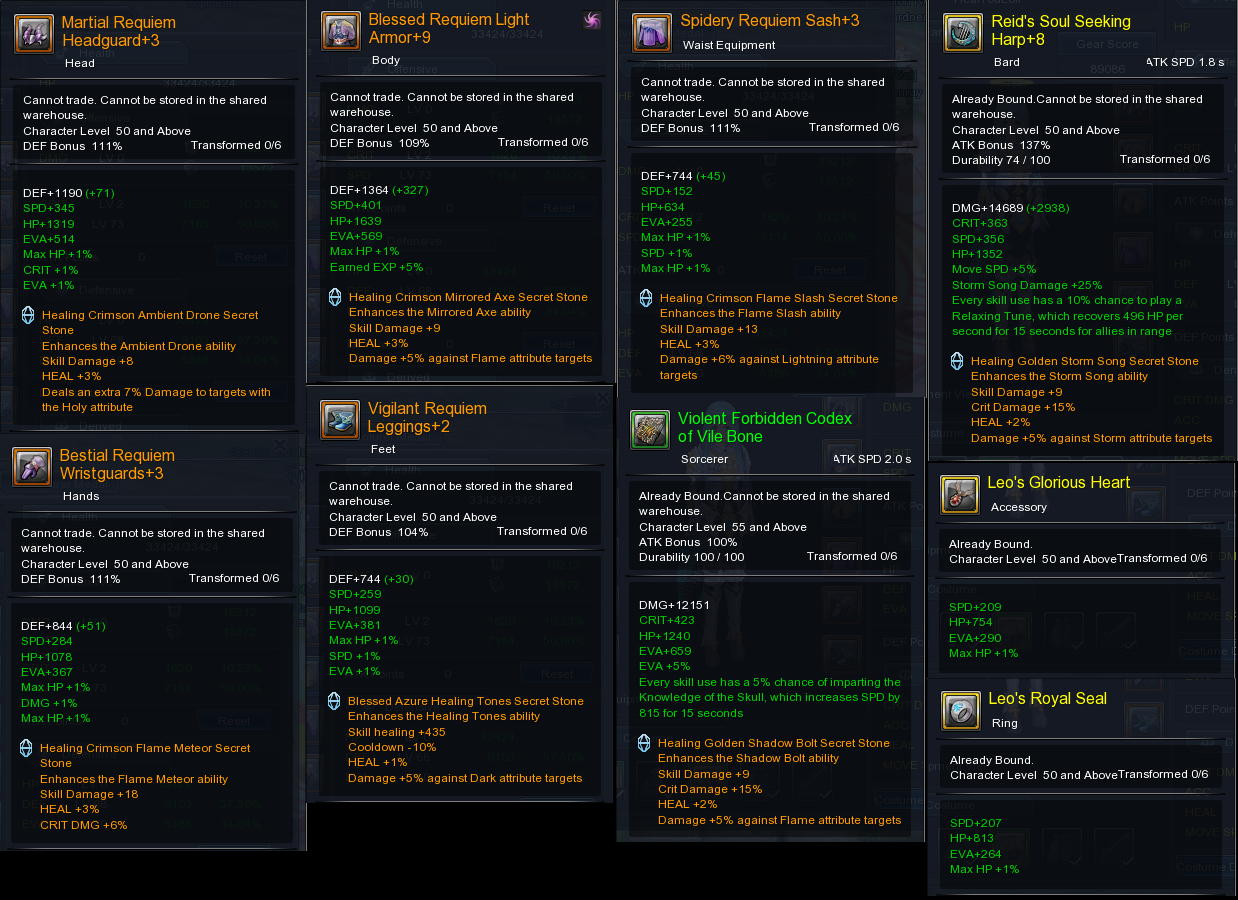 I know the picture is super tiny guys but you can zoom in or you can trust my description, but basically you wanna stack stones with heal 3% right now I don’t have 3% ones in my weapons but I am working on it and will have them this week. The only stone we need for our class is the Azure Stone for Healing Tones in the boots because it gives cooldown by 10% and that is 100% awesome. Other than that my harp is not the harp you want if you have gear like mine because I waaayyyy overstack speed.

IMPORTANT:
It is super important that when casting any skill that will animation lock such as the party evasion buff that you JUMP and cast the skill in mid air, this allows you to cancel the animation lock and move freely whilst casting so that you don’t get wrecked by the boss red carpet.

There are really only 3 skills you NEEEEED to have going at ALL times. Keep 3 stacks of Ballad on permanently when running dungeons, and always refresh Rejuvenation Mantra for fights, when you aren’t stacking these make sure that you are spamming Healing Tones for the group mega heals, REGEN ONLY GOES SO FAR DON’T GET LAZY!!!!!!!!!

Other than all that I use Sigrun as a Eidolon because she throws out a group heal from time to time as well so it’s just some extra party heals for the team. In addition she has the best DEF boost and HP boost for us bards without having to blow bank getting a new Eidolon.

One Final thing to note is that as a Bard we are NOT Tanks, or DPS. We are Heals. We are there to heal the party.

If you have any questions post on the thread or pm me in game at HealYouLoli!!!! I am online and very active except for Tues/Thurs cause of class. But I am always on forums so PM me or leave mail!