I can say that people might call me weird ’cause i didn’t get ducks. This build is just one’s opinion so i don’t care whatever you say about it. Also i’ll use mmosite’s T4 skill simulator as a reference for skill name. 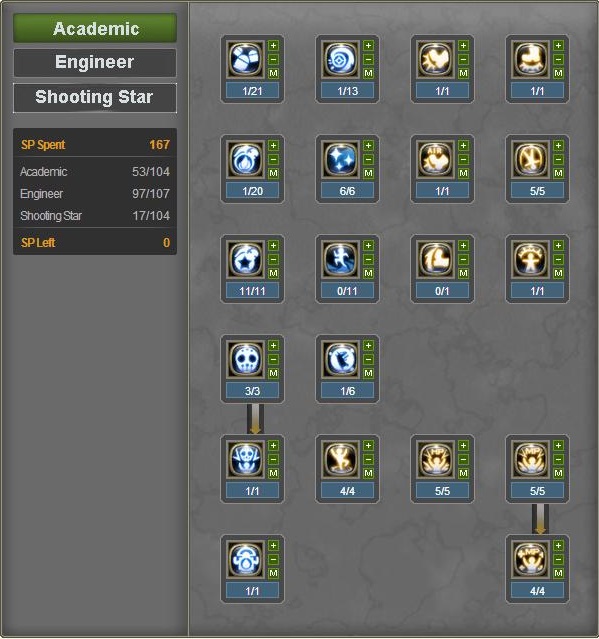 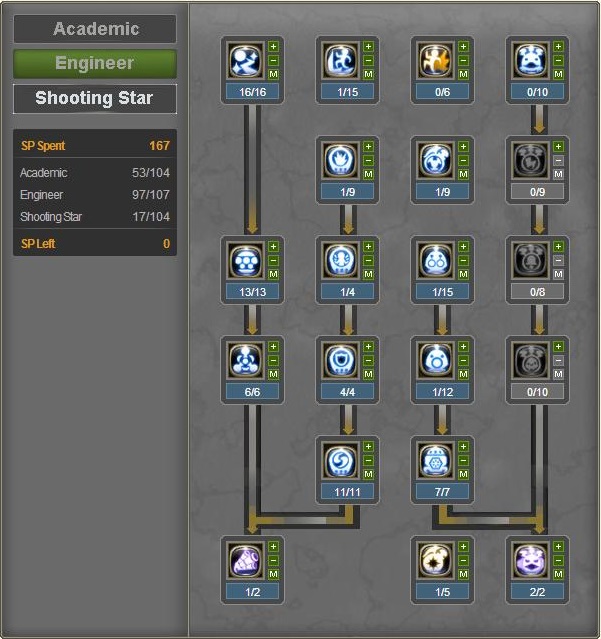 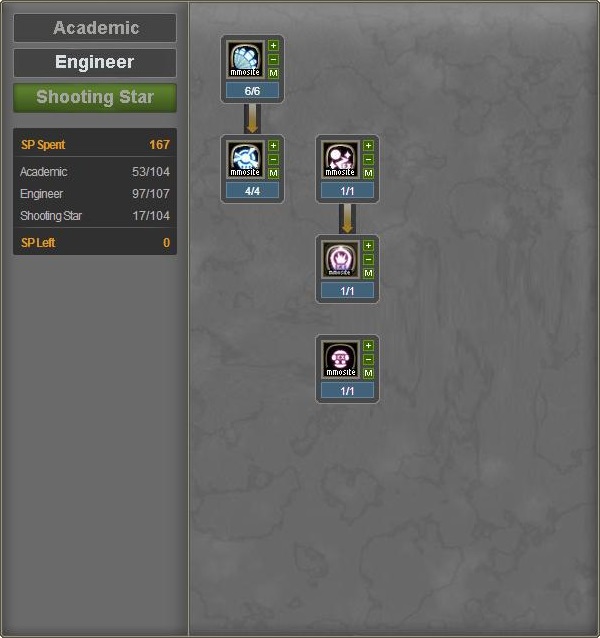 Quick Shot & Air Shot Lv.1 : No point in putting SP to these 2 skills, tho i do use Quick Shot in PvP for faster shooting

Napalm Grenade Lv.1 : Leaving this at Lv.1 is enough, use this along with Stun and Gravity to maximize your combo

Stun Grenade Lv.11 : Pretty high dmg with 10 secs cd, use this as a filler skill

Summon Alfredo Lv.3 : 1SP left so ima just put it in this.

Recall Alfredo & Automat Lv.1 : No SP required, why not ?

Wax Lv.6 : A must have skill, boost you and your party movement speed, useful in nest. The slip is useful too for dealing with mobs

Bubble Bubble Lv.1 : For PvP only, the 2 secs immobilize doesn’t increase with lvl. Also it’s pretty much useless in PvE.

All others passive skills should be maxed, except for Mega Hammer because it’s useless

Rocket Jump Lv.1 : Lv.1 is enough to save you since this does no dmg at all.

Mine Thrower Lv.13 : Nice dmg along with the EX that makes this skill have larger AoE. I say Max it.

Chemical Bomb Lv.6 : Long Cd, but large AoE and deal pretty high dmg, i often deal 10k to an opponent in PvP, so imagine you hitting a group of em. Also the crit debuff. Max for me.

Gravity Grenade Lv.1 : Get this for the sucking effect, useful with small mobs and in PvP.

Alfredo Stomp Lv.1 : Even with EX, this skill isn’t useful. Get it to unlock Damage Transition.

Alfredo Berserker Lv.1 : Another useless skill. Get it to unlock Damage Transition.

Damage Transition Lv.4 : Max is required. The 55% def reduction applies to all members standing around Alfredo so be sure to tell them to come to you when casting this skill.

Alfredo Whirlwind Lv.11 : Nice dmg if used correctly. Summon him to the enemy when he cast this skill.

Gatling & Cannon Tower Lv.1 : Cannon can be used as filler turret, Gatling isn’t quite useful. Get both to unlock Ice Pump Tower.

Ice Pump Tower Lv.7 : Must max this tower. Longer summon time than the other 2 tower and ofc higher dmg along with ice debuff.

Ducks : No ducks at all like the title said

Skyline Lv.2 : Skyline is more useful than Demolition due to the dmg is focused on a single spot, get Lv.1 Demolition to unlock this skill since i don’t use duck lol

Max everything. Splash has high dmg but must stand close to the enemy to maximize dmg output makes this skill a little hard to use. Alfredo Overdrive is also max. The EX too since no SP costs.

Due to not a cash user, this is all i can afford~: 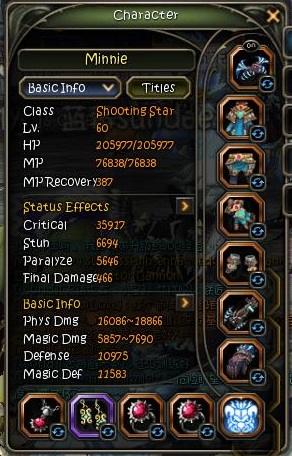 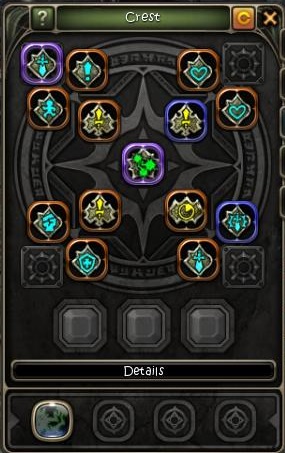 Reason why i use dodge plate is because of the low HP, even tho i have HP 6.50% on ALL pieces, including armor and accessories, but still it doesn’t enough lol. So i must dodge to make up for that.