Login
1) Type your Username and Password in the corresponding boxes.
2) Select your server. Characters created on this server will be only accessable on this server
3) Select your nation. *NOTE: after you do the nation entry quest, you can not login to any other nation besides your nation* 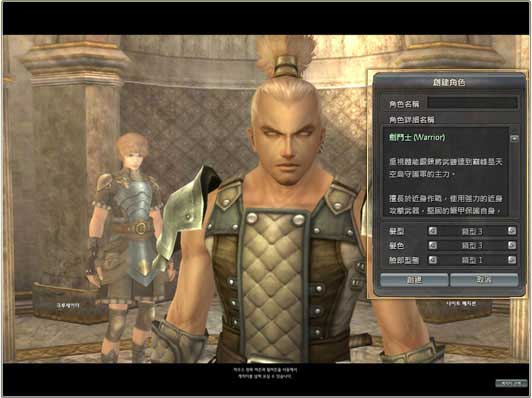 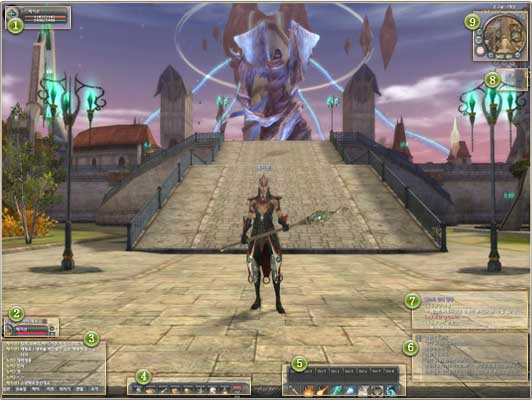 The Nations are the backbone of Aika’s PvP system. In Battlegrounds, players can choose sides in bloody skirmishes based on the nationalities of the teams. In Castle Siege, guilds contend with each other for control of their home Nation. In Relic War, entire Nations fight each other for ultimate global supremacy. We’re pleased to bring you these five distinct realms, each with its own personality, PvP styles, special events, and more. Keep reading to learn all about these proud and particular places, and try to imagine which one you would want to call home.

Citizens of Alethius are concerned with justice and fair play. They want to preserve order in their nation, and they value respect and chivalry. Their battles are sportsmanlike as opposed to being driven by vengeance or avarice, unlike their counterparts in Ostyrion. Alethians take pride in the effective structure of their nation’s social establishments (guilds, etc.). They strive to be honorable and place great importance on maintaining a stellar personal reputation. They feel that they are morally superior to people of other nations and have strong national pride, but they are willing to help non-Alethians provided the terms are fair to everyone. If any nation, group, or individual attempts to cheat an Alethian, rest assured that the offending party will be dealt with swiftly and severely.

Lenarians are very focused on the social aspect of Aika. They enjoy cooperative activities such as questing in groups because it gives them a fun way to interact with other people. Social bonds are paramount in this nation, as Lenarians value strong community ties and fellowship over more materialistic, quantified goals. They gather themselves into guilds and parties to hang out with their friends and cultivate connections with fellow citizens. Lenarians think the other nations take war too seriously, but they may initiate alliances with them for the sake of building friendly international relations.

The people of Feonir are less inclined towards war, and tend more towards exploration and acquisition. Feonians are independent-minded and generally won’t attack other nations preemptively, not wishing to leave themselves vulnerable to other attacks. They defend their relics and altars fiercely, and guard their nation’s borders with tenacity. Some may consider Feonians stubborn and overly skeptical of others, but their resistance to outside pressure is actually evidence of considerable inner toughness. They are interested in the depth and variety built into the world: the environs, their professions’ mechanics, the many different kinds of items they can acquire from killing monsters, and the equipment they create through crafting. They consider themselves more knowledgeable about the world than people of any other nation.

Vanov is a very militaristic nation. Their guilds are strong and hierarchical, and leaders do not tolerate dissent. Not only do Vanovians have a reputation for their ferocity in war, their commanders are renowned for their strategic and tactical prowess. They consider building their military strength to be their national goal, and they constantly contend with each other and other nations for dominance. Their guilds may make alliances with each other, or the nation itself might ally with other nations, but only when the Vanovians involved see the benefit to themselves. Vanov is not the ideal place for the freewheeling, anti-establishment type. This nation is about group efficiency and power, neither of which can be developed to full potential if ideas like “disagreement” and “non-standard thinking” interfere. Citizens of Vanov have national pride and may trust the people they form groups with, but they remain closed to everyone else.

Driven by bloodthirst, the nation of Ostyrion is not for the faint of heart. Ostyrions lust for the kill, no matter how unfair or immoral the fight may be, and they do not hesitate to double-cross each other on a whim. They don’t trust anyone, but may band into packs to prey upon others who are weaker or bear riches. Other than these ad hoc formations, Ostyrion tends to lack significant organization in the form of stable guilds, parties, etc. The quasi-feral nature of this nation means that only the most callous and rapacious will thrive. Ostyrions are famous for believing that they are all the most skilled fighters in the world, an opinion they have no qualms about proclaiming far and wide. They possess no national pride, with the exception of looking down on the citizens of other nations more than they look down on each other.

Characters over Lv. 10 can PVP.

At the bottom of the UI, there is a PK[PvP] button. This only has to be clicked when PKing another citizen

Either side can attack————————With both sides attacking
In PvP mode, let the citizens be forced to attack. However, except for citizens of other counrties