This post should act as a guideline for new and old players that are having trouble finding a good thump spot or a good player setup. There is also a bit of basic tactics explained. Most of these things will sound familiar and will probably not requiring further explanations.

1) Good thump spots are:
– 180° of cover against a wall, cliff, stone or tree.
– Bottlenecks.
– Isolated places. (I marked a couple of them that haven’t been removed/debugged yet)

3) The basic thumping-tactics:
– The most basic tactic is “Kiting” mobs away from the thumper. This is a key element that is often misunderstood.
– Standing beside the thumper while shooting monsters is NOT-DONE. Take at least 30-50 meters of distance from the thumper. (Yes bastions this also counts for your turrets!)
– Taking heavy damage and looking for a way out? Going away from the thumper to die will give your teammates a easier time reviving you in all that chaos.
– Look for the 2-3 creature spawning areas and fight them where they spawn.
– Pop HKM’s at 75% Claw wave. Prioritize Rage-claws! (~800 range damage……says enough doesn’t it?)

5) How to locate resources quickly:
-Open the map and press “TAB”, this shows all resources on the map.
-The resource is displayed on multiple POI’s, then search where the POI-circles intersect.
-Use Rawr4firefall.com ‘s live resource stream to know what is out there.

7) And last but not least: My reworked guide-map and advice.
– This map should act as a guideline. Why as a guideline?? By trying the marked spots you’ll understand how to place your thumper and anticipate creature flows.
– Not thumping the highest point of a vein is foolish time wasting. Anything below 56% is not worth thumping if you go for the highest profit. (there are exceptions ofc)

Note: The map could hold a lot more spots but I decided this would be sufficient to serve its purpose. 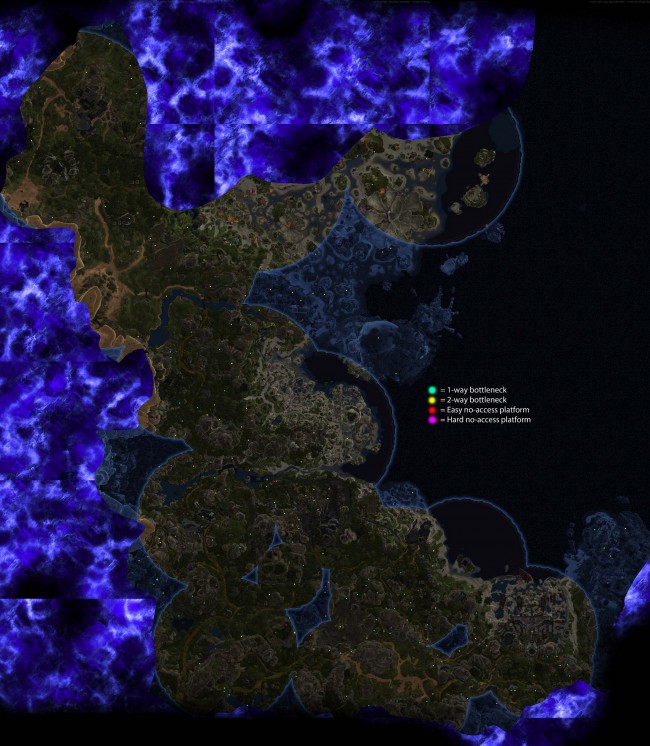