In this guide i’ll be going over a few fleet formations that i’ve thought up of. I’m sure that some of you other people have thought of the same things. 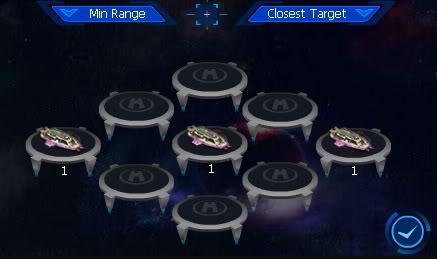 This formation is very powerful for all around defense, in this formation it doesnt matter if your being attacked from the front, back or side. However a downside is that all of your ships will have to include defense modules. However, if you have large stacks you might be able to get away with only one or two stun shield modules. 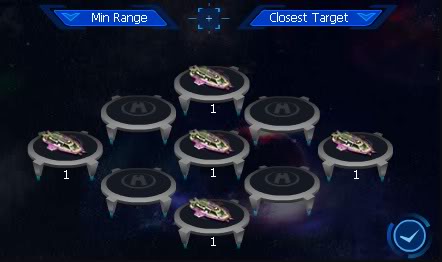 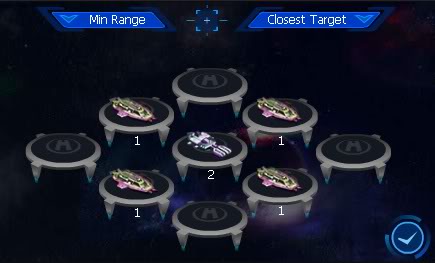 This is probably one of the most common formations that you will see/use. It is a high defense and mild attack formation. You put semi-tanks around the inside, using large stacks, and then a massive stack in the middle with minimal defense and massive attack. This formation is great for when your struggling to take a hit, but still need to destroy all of the other ships. 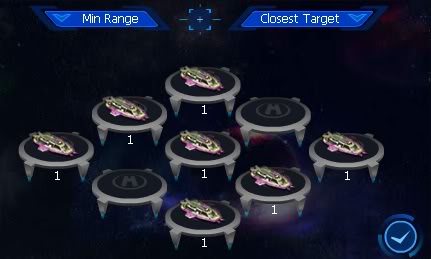 This formation serves no particular use, and should probably be avoided at all costs. 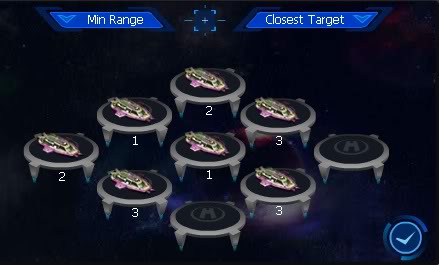 This formation is a more aggressive and damage seeking formation, it focuses on having a strong forward defense, a mild side defense and a somewhat weak defense in the back. In the picture above, the numbers represent the defense ratio. This formation is great for difficult battles that you want to complete as fast as possible. You’ll probably notice that most of the pirate fleets use this formation, so it cant be all that bad. 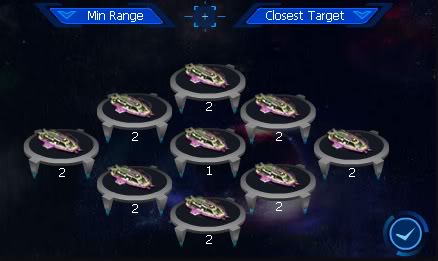 This is the general purpose formation, by increasing the number of ships in the front, you can create an offensive formation, buy leveling the defenses around the box, you’ve got an even-defense formation, and by placing 1 ship stacks you’ve got a space-base killing formation. 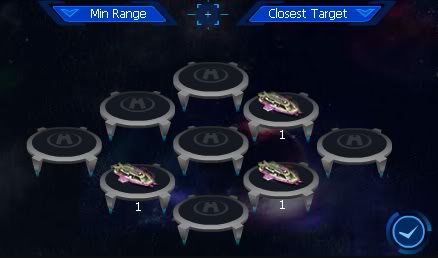 This is one of the most aggressive formations that can be created, it has good front and back defense, but horrible side defense. This formation is for tank-busting. 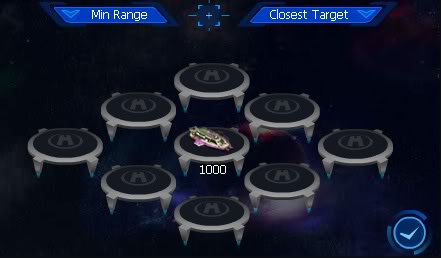 This is the most defensive and aggressive formation that you can use, since all of your ships are in one large stack, the defense values are all combined, which makes it difficult to break through. As well the vice versa, since it is all in one stack, when the fleet shoots, it will do a massive blow. This formation is great for defense, as long as the attacker doesn’t use the same formation, which is unlikely. This formation can be the difference between losing and wining an defending battle.When using this formation in defense, your goal is to take as little damage as possible, to destroy attacking ships, and to make the attack round out. 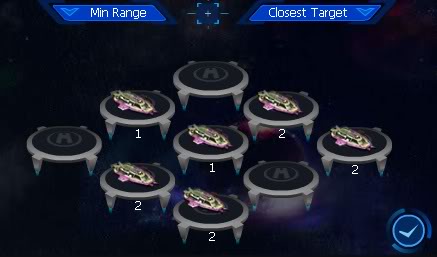 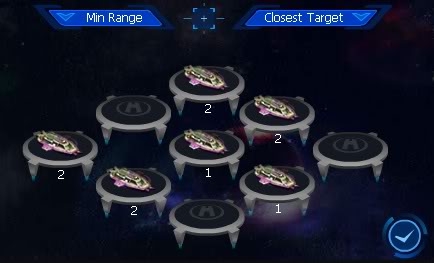