Act 1: Introduction to Puppetry – Marionettes
This skillset is rather unique from the other skillsets. With Control bars in hand, You are able to use Colossus Marionette and Pierrot Marionette. You can also use two skills with handle bars that can aid in combat when you don’t have a Marionette summoned.

Control Marionette[Mastery]
This skill allows one to Connect and Disconnect from your Marionette, While connected you’ll be able to move and attack with your Marionette, this passive mastery also adds Marionette stats(Damage/Crit/Balence) the max range that a Marionette can be controlled from the user is 700, any further and it will be disconnected.

What are Marionettes?
Marionettes are the Puppets you use to fight with, They have their own HP and “Max and Min damage” as well as Defense/Protection/Magic defense. They also use 70% of your charature’s screen damage. Their appearance changes as their Respective masteries hit higher ranks(Ranks 9 and 5). They also have their own unique skill animations. Monster’s will also aggro Marionettes as if it was a player entity.

Colossus Marionette[Mastery]
This Colossal Knight will put fear into your enemy’s eye, with his bulky armor and giant arms, he’ll gladly crush anything! 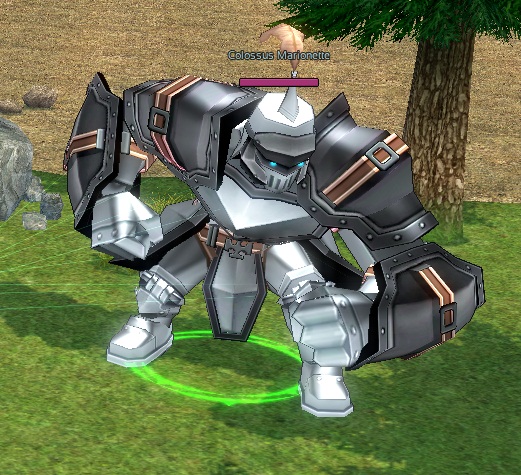 Pierrot Marionette[Mastery]
This Clown may not seem much, but she can pack a mean punch with her hidden weapons, no matter how big the foe is, she’ll take it head on! 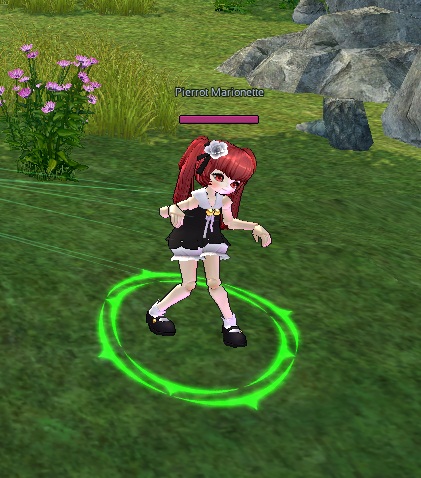 These Marionettes are completely the same stat wise

Act 2: Control Bar/Marionette Damage
Like said before, Marionettes have their own Max and Min damage and that they use 70% of your character’s screen damage.

Example: You have 300Max damage, your Marionette with gain 210 of it.

Act 3: Enchants for Gear
Enchants are important for Puppetry, as well as any other skillset.

Act 4: Wire Skills
Wire skills are the skills you can use with Control bars that don’t need puppets, they’re mainly support for party play.

Wire Pull[Offensive]
This is a unique skill, with this skill you can “Pull” your target to you. After the target lands, I’ll have a moment of stun, so it’ll be open for any attack such as Smash. This could be useful in party play as well, If your party mate is being attacked by a monster, you can pull it away! If you attempt to Wire pull a monster that is running out of your range, It’ll fail to pull, keep this in mind. If you have good timing, you can pull monsters that are attacking with ranged or loading Magic.

Puppet’s Snare[Support]
This skill allows you to immobilizes an enemy for a set amount of time however, you cannot move or attack as well. It also deals small amounts of damage over time while the target is wired. These are called “Tics” while happen every 3 seconds.
This skill is strongly for party play, but, it has a nice use for solonogi, too!
While snaring the target you can freely summon a Marionette and you can also stop Archers and Mages while they are loading their skills(Comes in very handy in Peaca!).
After the skill’s animation is done, the monster will revive Detachment damage, which causes them to be knocked down.
• A notable monster that is snarable are Blinkers.

Act 5: Act Skills
Act skills are the main skills of this move set, used by your Marionettes.

Act 1: Inciting Incident[Offensive]
This skill allows you to sling your Marionette at the target instantly, knocking them back, this skill comes in handy if a monster is about to attack you, as well as making some interesting combos. It can also be used to stop monsters from loading skills.
Can’t really say much, but it’s well worth ranking!
• Ignores the Defense skill and Melee ping. 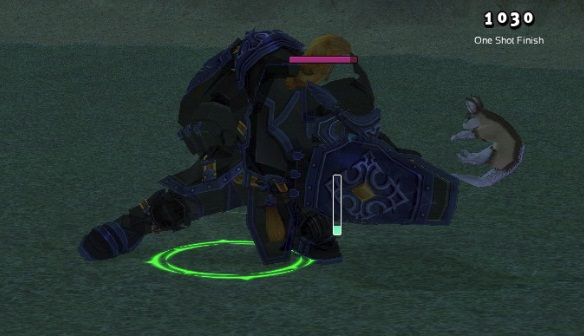 Act 3: Threshold Cutter[Offensive]
The Marionette strikes the target three times, the last hit is the strongest. During the skill animation, the monster can retaliate with Counterattack before the 3rd hit lands. It can also be interrupted by another player’s attack. Critical hit rate is divided for the 3 hits. This can also be used as a staller.
• Ignores Defense skill and Melee ping. 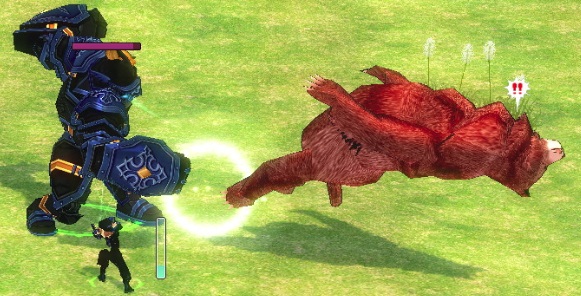 Act 4: Rising Action[Offensive]
This skill is basically the “Windmill” of puppetry, it damages and knocks back all surrounding monsters around the player. This skill can become useful right after using Crisis. It can also serve as a way of bring your Marionette to you instantly as long as your still connected. Much like Windmill, it ignores Protection for critical rates. All in all, it’s the Marionette’s Windmill.
• Blocked by the Defense skill

Act 6: Crisis[Offensive]
This is one of Puppetry’s most unique skill, This works like a reverse Windmill, instead of pushing enemies outward, it pulls everything in. It pulls everything under the Marionette into a neat pile, this is very useful for mob control, making all pulled monsters aggro to Marionette. You can proced to use a multi-target skill such as Windmill, Rising Action, Climatic Crash or Crash shot. For some reason, while in Crisis loading animation, you gain a glitched Advanced heavy stander. After used, your Marionette will gain a buff in Defense, Protection and Magic defense for a short amount of time.

Act 7: Climatic Crash[Offensive]
This skill, right here, Is my personal favorite. Your Marionette does a devastating charge at your enemies hitting them 1~2 times. This skill is much like Lance charge with a much wider AoE.
There seems to be a glitch where if the enemy is running to you the Climatic Crash will miss it. This skill also disconnects your Marionette after the skill animation is finished.
It has a 1,000 Charge range with a massive 600 width. It’s not a instant skill, you have to wait till the Marionette is done loading it, this is signaled with a flash, though you can use it just before the flash. If the skill fails to execute, however, it’ll go into a 3-second cooldown time.

Act 9: Invigorating Encore[Supportive]
The last skill to be listed, this is Puppetry’s “Power-up” skill, thats increases Max, Min damage and decrease Act skill loading time for a set amount of time. Enemies around the Marionette will be pushed back after this skill is loaded. This also gives the Marionettes it’s own AI while disconnected from the player, it’ll attack anything nearby, It’s AI, however, its rather basic and it’ll always try to be near it’s master. It’ll randomly use Act1 and Act2 while it’s disconnected. This skill can only be used when the Spirit Gauge is full, you fill the gauge by using Act skills, each skill contributes a different amount to the gauge.