How to land on a Carrier.

I know there are some other “how-to’s” out there that cover landing on a carrier. But I’ve noticed they sometimes fail to point out key things.

The first thing you want to do is find out where the Arresting Cables on the Carrier Deck are. 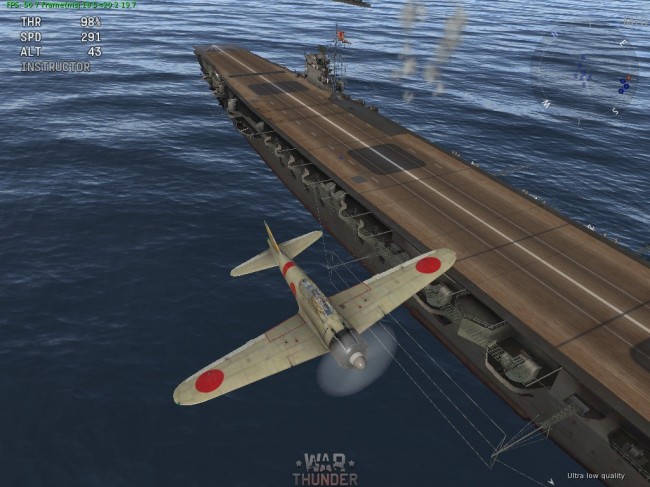 This is known as your “Dirty Configuration.” 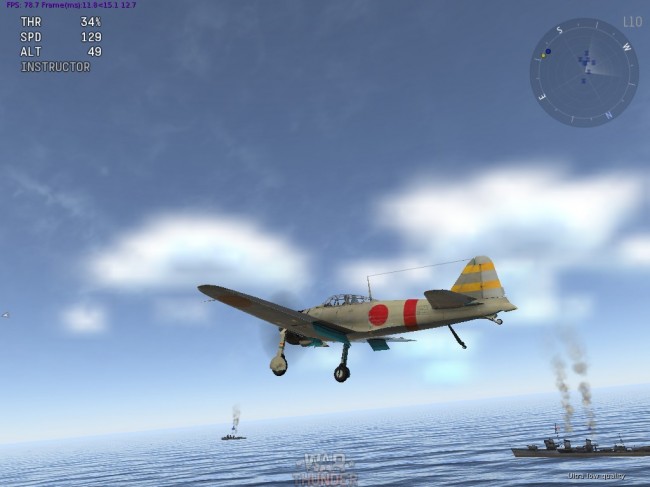 You do NOT want to “glide” onto the Carrier Deck. If you are gliding, this means that your plane still has lift, and your tail still has lift. This means that your tail will have too much lift force^ to fall and catch the cable. You do not want to “drop” onto the carrier deck either. This will most likely damage your aircraft beyond repair. Too fast and too high might result in bouncing on the deck and going over the edge, simply breaking the landing gear, or if you manage to catch the wire, breaking the propeller, or simply flipping the entire aircraft.

Gliding is a danger because if you come in too low you are likely to clip the deck of the carrier. If you are gliding and reach the carrier deck and realize that your tail isn’t down, you might try to pull back on the stick to drop your tail, however because you are gliding, you still have too much lift for this to happen, and you will simply take-off back into the air. Trying to glide in high to “drop” your tail into the deck will just result in bouncing.

Failing to catch your wire is called doing a “Bolter.”

Often planes came in with failed arrester hooks, and had to rely solely on brakes to stop on the deck, which is possible.

When landing with a joystick in cockpit, your aircraft stability rapidly changes as your speed and elevation changes. To compensate for this you need to trim your aircraft as you approach to maintain stability. However most early war aircraft have large radial engines, or even inline engines blocking the immediate field of view when approaching. This can obstruct your field of view. To help combat this you can bind head-movements in controls and push your head up slightly. But the main thing you can to do is watch your altitude and airspeed. In theJoystick version you see me dip below 29m, I immediately pull back on my stick  just enough to have me glide in at 30m.

In the first video you see me come in a little high, this was to show you with the mouse cursor the loss of lift as I came over the deck.

I’ll add a Jet version as Soon™ as I get a Naval Jet.  Currently there aren’t a lot of factors in the game that would prohibit a jet landing on the types of carriers in the game, so applying the above to a jet should still be successful, but if they do become implemented I’ll provide that as well. Currently I don’t think there are any cross-winds, or carrier rocking up-down/side-side which would hinder landing.