Hi guys! I’m a player from kDN server. I’ve been playing a dancer since it was released here. Because I find there’s no Spirit dancer (SD) guide yet, I decide to make one. This is the first time I write a guide so please forgive me in case I make any mistake. Enjoy! :D

SD is one of the two branches developed from Dancer job. SD tends to use her “spirit guardian” in all of her attacks rather than the chakrams directly like the BD. SD is a close-mid range melee attacker. Her skills have large AoE with beautiful effects. SD depends on “Illusion dance”, a kind of starter active buff skill, to boost her overall attack of spirit skills for a short time. Some may consider SD easier to play compared to BD but I think both of them are pretty hard to master. Dancer is a melee character with low HP and Def, so practicing dodging incoming attacks is definitely crucial.

Spirit Dancer is definitely not easy to play well, especially in PvP. All of her skills require a small “pause” before executing the strongest hit. You may usually find her attack pattern like this: pause + continuous weak hits + pause + one “coup de grace” hit. To use her effectively, you have to practice timing.
In PvP, a BD usually finds it easier to chain the combo compared to a SD. SD regularly lose her opponent because of those small “pauses” (which are what I really hate). However, SD may deal full damage more easily because most of her skills have fewer hits, not like those of BD.

Sweet Circle (lvl 1):
– good AoE but weak and slow casting, may be handy in PvP for chaining the combo/irritate enemy.

Twinkle Spin (lvl 1):
– this skill has a weird starting motion. The first hit is slow and Kali will not be invincible until she’s on air. Moreover, you’ll be very vulnerable when the attack is over without Ghost kick or Refreshing screw. It’s similar to Double Sommersault of Acro but not as good.
– require practicing to use well in PvP, you may lose your combo easily if you use this carelessly.

Refreshing Screw (lvl 1):
– a good skill with low cd, high dps and very high SA during spinning. Hitbox is greatly increased compared to the earlier version.
– however, since it’s mainly for escaping and mobility, lvl 1 is good enough.

Elegance Storm (lvl 6 or max):
– so far the best lvl 32 skill of a dancer. Very high damage, 360 deg AoE, can trap enemy for a while in PvP. Still very strong without Breeze Call buff.
– it takes time to deal full damage on enemies, so you need to stun enemies before using this, or else u may miss a lot, especially the last strongest hit.

Illusion Dance and Illusion Gaze (max):
– No other choice. As a dancer, u need to pick one the 2 starter skills to focus. Its a one-hit attack skill that grants u a buff which increase ur Spirit dance skills’ damage, decrease damage u receive and heal your HP a little bit.
– Recommend +1 skill accessories for Illusion Dance.

Dusk Hunter (lvl 1):
– normal version is weak and the AoE is very small. However its very fast-casting. Ppl usually use this to deal damage from afar. Not very useful in PvE.
– no need to level it to 6 to get EX version.

Abolisher (lvl 1):
– a useless skill in PvE. AoE is ridiculously small and damage is weak. Though it’s instant cast with very low CD, I rarely use it in PvE (no skill slot as well if I dont want to waste a dodge).
– In PvP, it becomes a little bit more handy for chaining the combo, it also has a small iframe when u’re on air.

Sufi Dancer (max):
– PvE: very high dps skill, work best on large bosses, may immobilize small mobs like Poison Missiles, definiely worth maxing.
– PvP: very good in disturbing the opponent and become very deadly if the enemy is on the ground and cannot move. One drawback is that it’s the slowest casting skill of a Dancer.

General Dun Blade (lvl 6 or max):
– this skill is pretty tricky to get used to. First, Kali will move foward while attacking. The first 2 hits have large horizontal AoE but they’re much weaker compared to the last hit. The last hit is a very strong slam attack that has small AoE. Usually, it’s hard to get full hits on small targets. On bigger targets, if you stand close to them, you may lose the last hit easily. Nevertheless, the first 2 hits will become doubled, that means Kali can deal 4 continuous hits before executing the last one. In short, it’s both a close and mid range attack skill, so using it wisely is recommended.
– In PvP, the skill is good only when there’s free space for the attack to be executed. This skill becomes bad when your opponent is pushed to the wall, since you will lose all the hits and the opponent will roll away immediately. In this case, Elegance Storm shines instead.
– You may get +1 skill level for this if u decide to max to further improve its damage.

Wide Stinger (lvl 1):
– lvl 1 and 6 are only different in terms of damage. U may cancel half-way for this skill and still receive the 90% crit buff for “General Dun Blade” and “Praetor”.
– another “pausing” skill of SD =.= AoE ahead is pretty large but since it’s slow and not very strong,  lvl 1 is fine.

Praetor (max):
– the highest damage skill of a Spirit Dancer, summon a Fire guardian to slam the ground 3 times and deal insane damage on enemies. The last hit may also stun the opponents (Similar to Rampage Claw of Screamer).
– huge damage with very large AoE. Still have 2 small “pauses” during the animation. (Wonder why developers love this type of skill >.<)
– In PvP, ememies may not be damaged if they jump up the slams.

Stalker EX:
– nice improvement. The ghost’s explosion is now pretty big. Damage is also improved. However, it’s still a slow casting skill, hard to chain with any other skills. May be handy to blow up surrounding mobs for escaping purpose.
– the ghost travels very slowly and usually picks up the wrong opponent to suicide attack.
– good in PvP for interupting the enemy.

Dusk Hunter EX:
– significant improvement to the normal version. The arrow can blow enemies up. Much higher damage and AoE. Not bad at all in PvE.
– In PvP, Dusk Hunter will push away the opponent and break your combo immediately. Therefore, ppl usually use it as a combo starter only.

Abolisher EX:
– I don’t think it’s worth getting for now. Compared to other classes’s third EX skills, this is among the worst. Hitbox is very small and damage is not prominent. Though with 3 hits now, the strongest hit is still the one closest to the user.
– PvP: still better than Dusk Hunter EX.
– it depends on you to use these two skills. But for me, I’ll wait to see if there’s any changes to them in the future.

Inner Fire (max):
– better than Erwinia now. Instant casting, pull surrounding enemies to the center, high dps even without Breeze Call Dance buff. (This is one of my most favorite skills in DN :D)
– PvP: very deadly

Storm of Erwinia (lvl 1):
– used to be the best Ultimate in Dragon Nest.
– now nerfed and become very slow in terms of casting, slower speed = lower dps.
– even with max lvl buff of Illusion Dance, Inner Fire can still outshine this one. 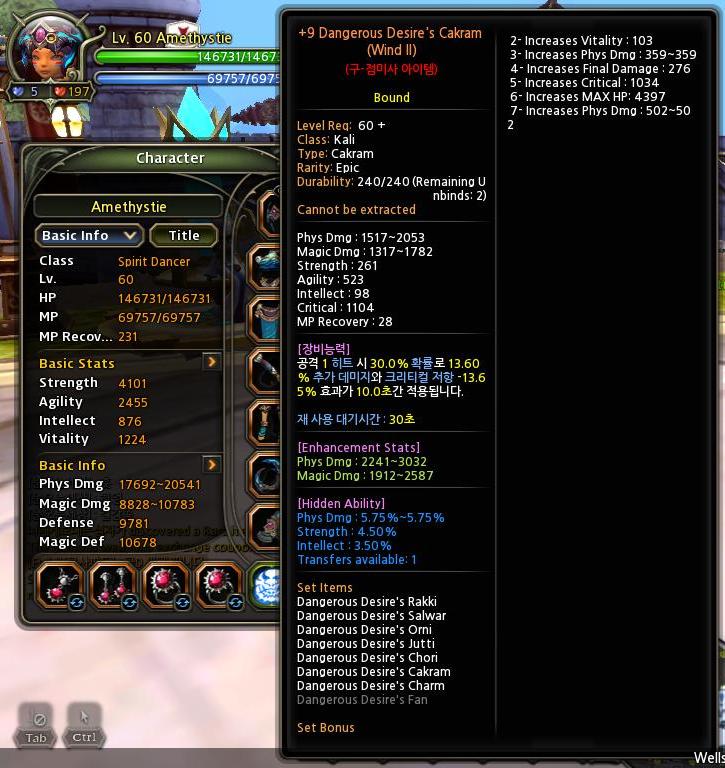 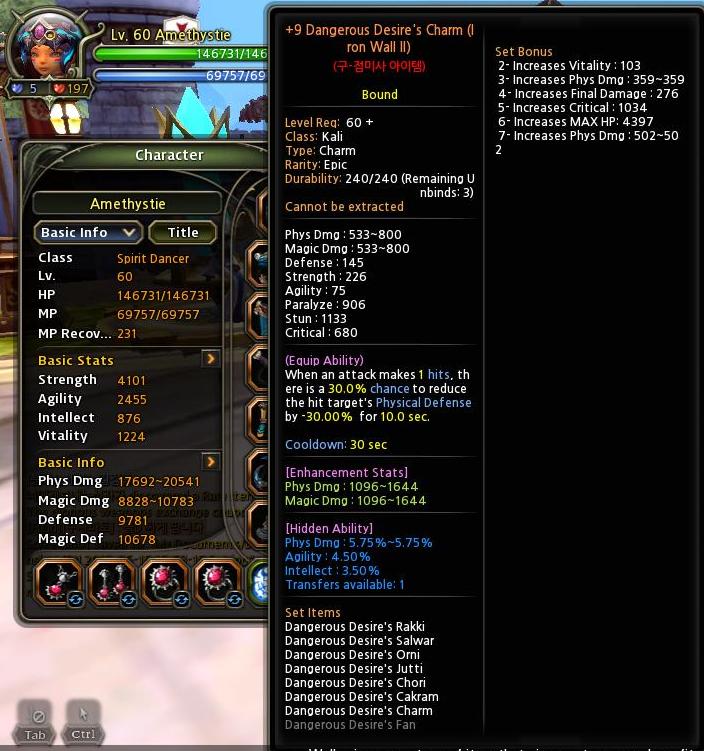 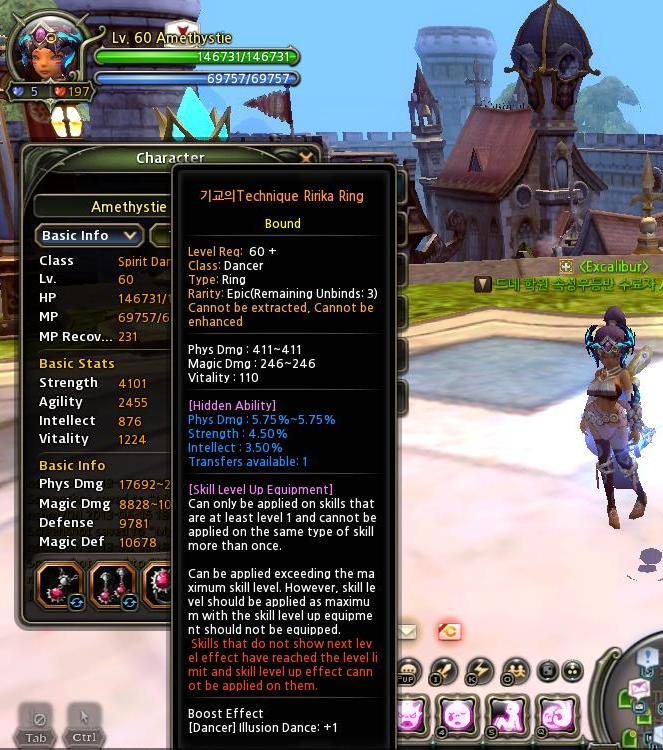 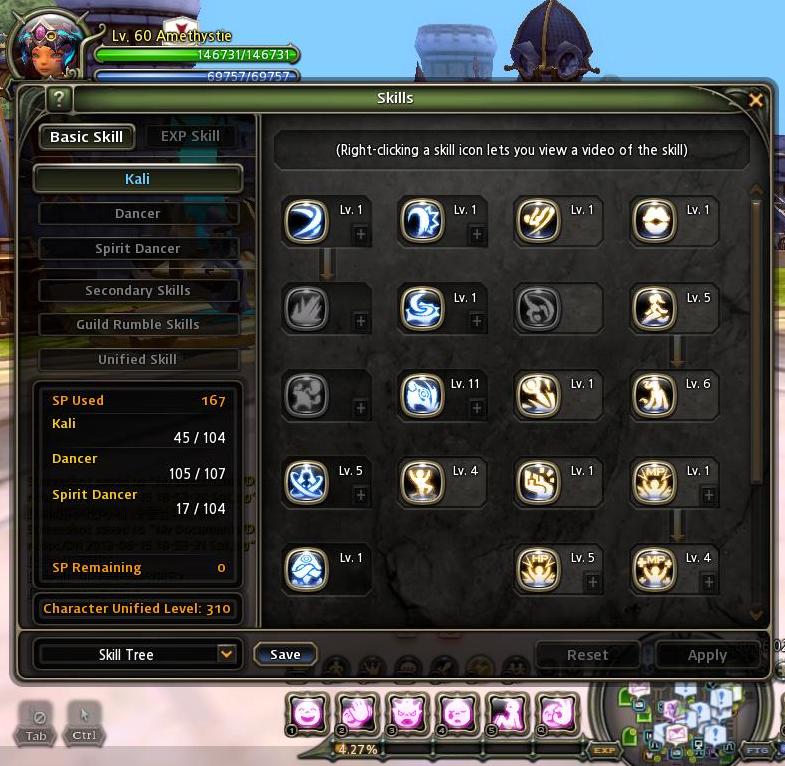 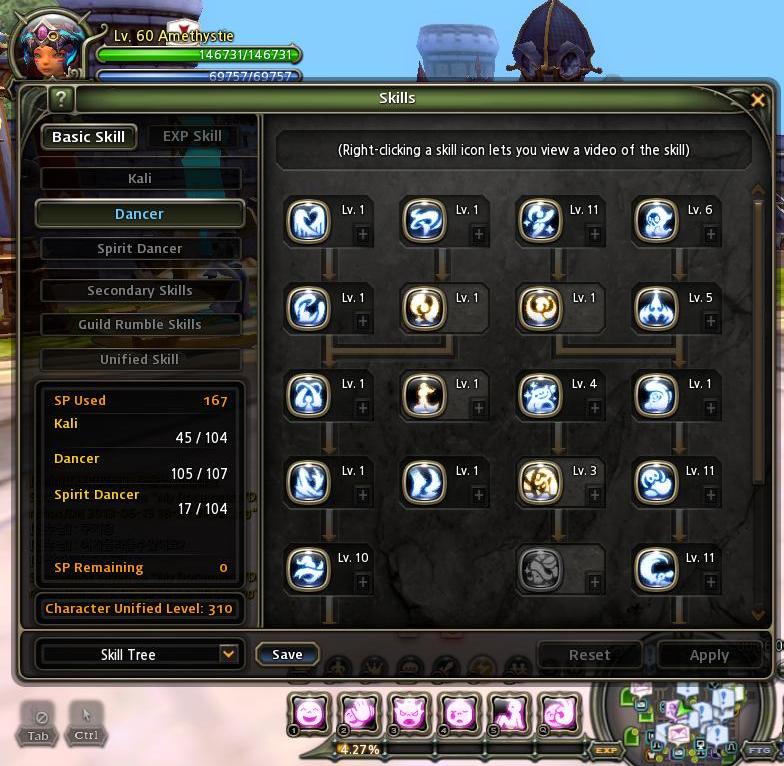