I think assassin is one the best pvp class in Aion. Here I want to provide some tips about assassin pvp problem. I’m not talking about the operation skills, coz I was not good at this myself. But I think some other factors are also very important. Ok! The following is my collection

1.How to choose Godstone (what’s Godstone?)
We know God stone has many awesome special effects, such as Daze, Paralysis, Blind, etc.
Proper choice of Godstone is essential in pvp. Each weapon can equip only one Godstone.

My collocation of godstone:

Tips: there are other Godstones also have  bilnd and paralyze effects, I didn’t list all the items. you can also find your own collocation.
When your enemy is blind or paralyzed, you can realize the power of God stone.

2.(KEY) How to choose Stigma stone
What is Stigma System? Our Aion.mmosite.com has detailed introduction: Stigma System 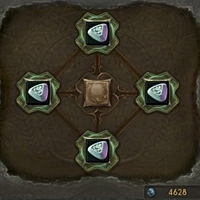 Sealed within each Stigma Stone is a powerful skill that makes a significant addition to your character’s aresenal. While some of these stones are readily available, others can be very rare and therefore prestigious. Stigma Stones can be equipped on your character through the Stigma panel. The number of Stigma Stones you can equip depends on the level of your character.

And the last one I have two choices: Throw Blade for high attack(PVP), Smoke Bomb for pve and instance (to save you and your team),

OK! I hope all assassins can enjoy pvp in the Abyss.