Hey guys, this deck was shared by Justin (leader of the Clan “The Elite” which is ranked at #5 US) and I’m here to showcase a deck that needs some love! 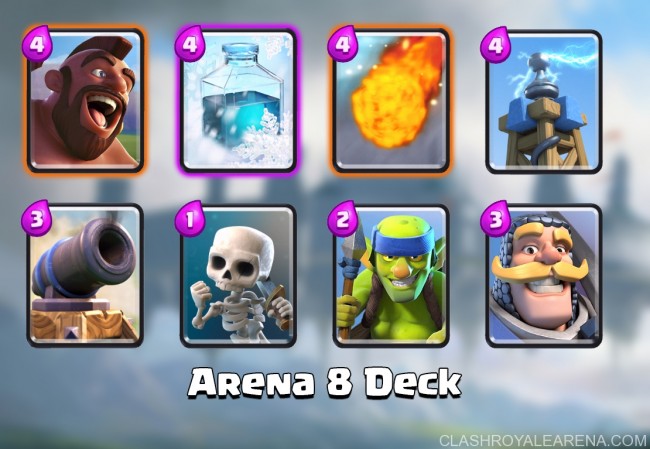 This deck is HEAVILY reliant on freeze. Being precise with freeze is one of the biggest factors when it comes to climbing high with this strategy. Your offense is basically hog + freeze (often times with skeletons and spear goblins too when you have extra elixir or when you have those troops left over from defending). You don’t want to attack obviously when your opponent has high elixir, so you mainly defend THEN attack. If you want to attack first because your deck is filled with offensive cards, (like hog + freeze + spear goblins + skeletons) be weary not to overspend. Defending isn’t too difficult with two buildings and fireball, but you definitely want to be cautious when you defend too (so that you don’t overspend on defense because the extra elixir can be used for offense). If you successfully defend and spend less than your opponent, you will have more elixir on your attack. If you successfully defend and spend more than your opponent, you can still attack and use the leftover tesla and cannon health to help defend the next attack.

This deck is absolutely amazing. I’m super knowledgeable on this deck and I can talk so much strategy about it. I’m better at responding than thinking on the top of my head though, so shoot me with questions and I’ll reply as soon as I can. This is my first guide and if it goes well, I will make more in the future. Please leave me suggestions for the future and comments so I know that I at least did something right. I love CR a lot and I just want to share with the community