When the match start, everyone has his own “objectives”, and they have (should have) the control of their side. The first thing we have to do, is to build a “Map Control Graph”, based on this rules:

Let’s clear it out with some examples, this is the “Map Control Graph” at the start of a match: 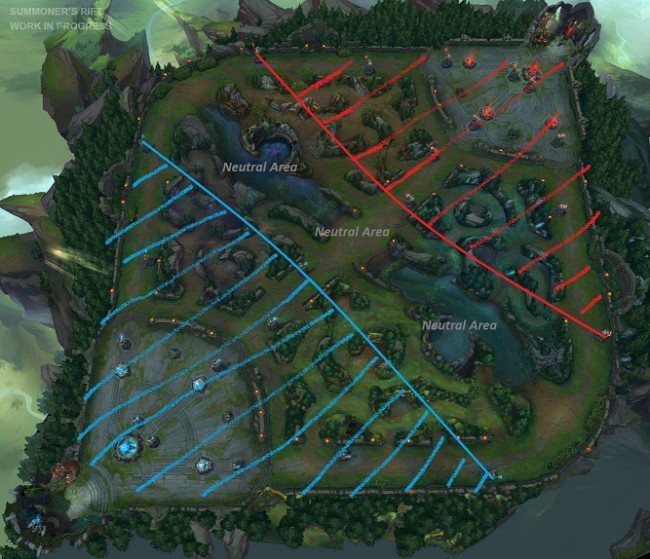 As we said, when you destroy a tower, your team map control EXTENDS to that tower, usually gaining the control of a specific Objective.

In the example below, the red team got the bot T1 tower, and kept pushing, gaining control of “The Drake”, being now able to safely ward/deward the pit, and a bit of enemy jungle area. 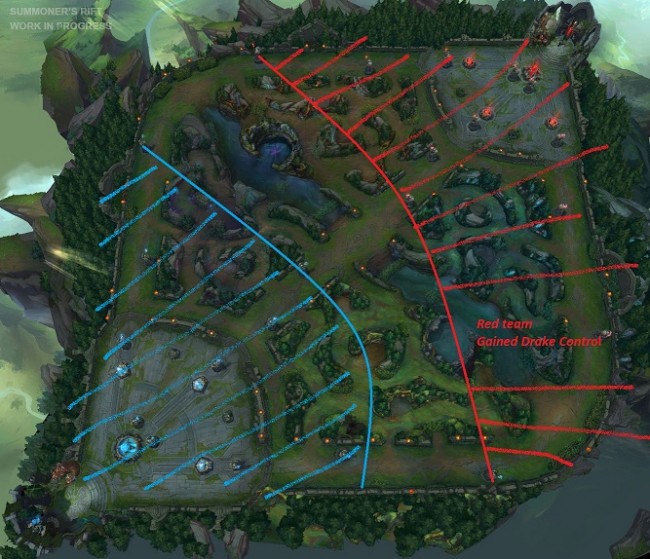 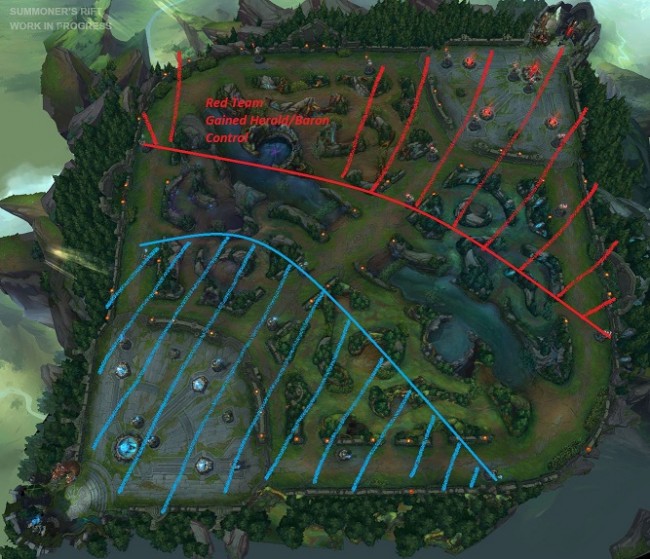 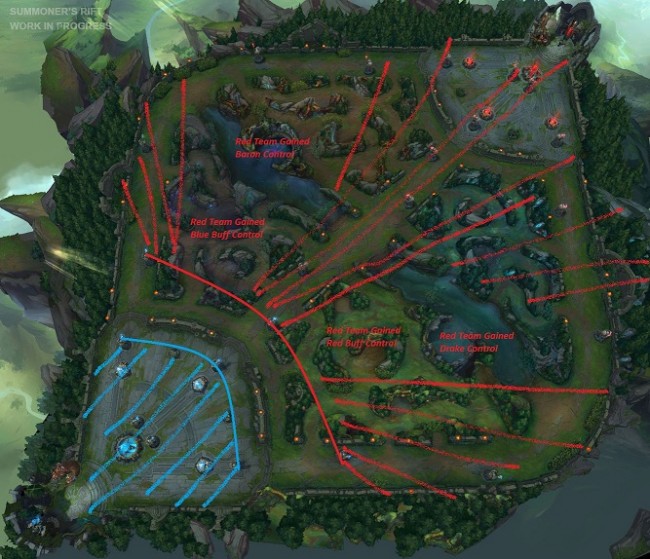 As you may already have understood, every tower gives “Strategical advantage” to the team who got it.

Note: To mantain a proper control of those objectives, the more pressure you GAIN, the more deep you want to ward, possibly always having vision of the buffs in their jungle.