The purpose of this guide is to share some insight into two particular builds that will maximize your DPS potential. They may also be applied to tanks, obviously to a lesser extent, since tanks have to sacrifice some DPS symbols and chapels with damage mitigation ones.

I have tested multiple builds and I have found these two to be the most effective, out of Luck/Spirit, Strength/Valor, etc.

Let’s begin by understanding what each of the stats do. In your equipment tab, you may have noticed multiple stats displayed on your right side panel.

The reason why strength and accuracy are really important for maximizing your DPS is because the interval in between your base damage will decrease dramatically, causing your output damage not to vary nearly as much as it would without those primary stats;as a result your output damage will always be closer to the maximum base damage value. To illustrate my point below will follow two links with, and without my strength build, by removing my rings and the accuracy chapel.

This is my minimum and maximum base damage without strength and accuracy, as you may have noticed the gap in between values is fairly large – proportionally to my prestige, causing my output damage to be either 737-1302 or anything in between that interval. The base damage doesn’t affect your melee/range auto-attack damage alone, it’s also added to your skills base-damage and multiplied accordingly. 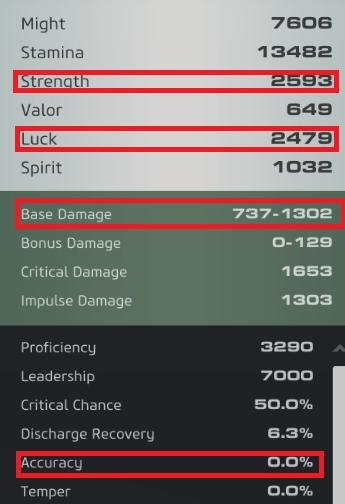 And this is my minimum and maximum damage with strength rings, accuracy chapel and strength symbol 2x. As you can see the interval is much smaller, proportionally to my prestige, causing my output damage to be much more stable, and overall, if added, much higher. 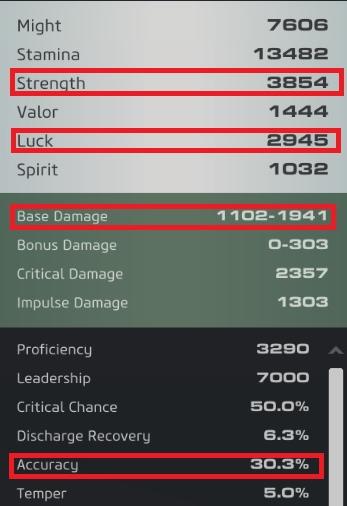 Please do not skip this part: I didn’t have other rings, so had to remove them, making this comparison a bit weird, because of the prestige loss I had. The gap in between intervals in the first example is 567 and the second is 839. The more prestige you have the bigger the gap is, if I had rings with other stats and that would give me the same prestige value I could have illustrated how the gap is in fact much bigger without Str/accuracy. So keep in mind the proportion ratio of Prestige| Base damage gap | Accuracy needed. I had 3k less prestige in the first image; the base min and max damage increases with prestige alone, making the gap bigger and bigger.

To maximize the strength’s stat potential you want to go for chapels that give accuracy, in your Order System temple 1, 2 and 5 have accuracy – work it into purple. Up to a total of +30% more accuracy, 10% per chapel. Rings will also give accuracy, so keep an eye on those.

Symbols wise, you’ll need the strength 10% multiplier symbol, you can obtain up to 6, giving a hefty 60% increase on later prestige values. The value of accuracy caps at 100%. In my case being a tank, I can’t have this build to its full extent and can’t showcase its full potential, a player with a DPS as a main will have accuracy above 50%, and i have 30%.

Luck affects a fixed value that is added to any critical damage – as seen in the image above next to Critical Damage 2357 -, regardless of being a DoT a melee strike or a skill. Later on, after god form, critical chance is quite high, it caps currently at 50%, and most people have in between 30% and 40%.

There are 4 crucial symbols that will benefit a lot from Luck, and those are Lacerated Wounds, Lucky Shot, Taint from Witch, the maxed class symbol and Maximum Recoil.

Both DoT’s can critic themselves, so you can just imagine the DPS potential from them. Critical will come by very easily with Lucky Shot symbol, since it can raise your critical chance to 50%, when you first start the combat the first strike will very likely critic, and subsequent ones will be forced to critic.

Lucky shot symbol effectiveness is diminished in proportion to how fast the dps attacks, meaning a Kinetic that has to charge his attacks will gain more critic in that interval, versus a Berserker that attacks in various strikes under 1 second apart. It’s up to you to get it or not. 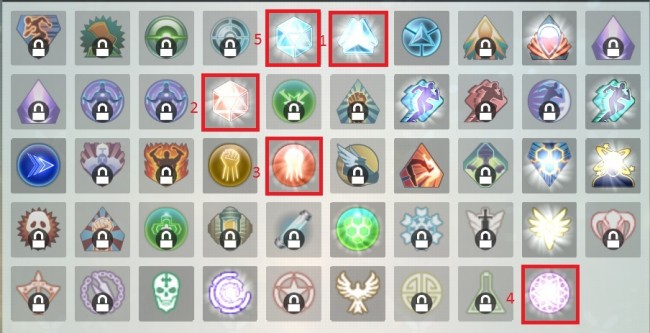 1. Ultimate Strength: the effect of Strength on base damage is increased by 10% for each level of this symbol.

2. Lucky Shot: every 2 seconds, the character’s critical hit chance is increased by 1% for each level of this symbol. When critical damage is dealt, the effect is reset and begins accumulating again.

3. Lacerated Wounds: applies a damage over time effect on your enemy every time your hits critic.The damage of the DoT depends on the value of luck.

5. Maximum Recoil
Critical damage is increased by 10% for each level of this symbol. Up to 6 stacks, with a 60% total increase.

Valor is a stat that will increase your additional damage, displayed on your stats panel, as Bonus Damage – you may see references of additional damage or bonus damage, they’re the same. As you can see in the link below, this damage has in interval that varies from 0 to 962. I had for this example 4 rings with Valor. 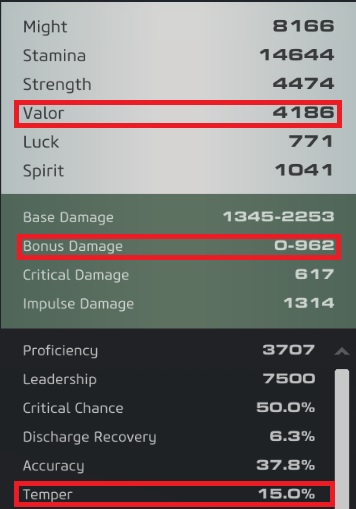 This interval of damage is applied proportionally to the opponent’s health, meaning that the higher the health, the closest you’ll be from inflicting the maximum bonus damage, in this case 962. This build is, thus, more suited for endgame content, such as Raids, where bosses can have up to 60 bars of health.

The key for this build is to cap the Temper stat at 50%. Temper, works much like critical rate. It’ll offer you a chance to inflict the maximum bonus damage regardless of the opponent’s health; meaning that you’ll have at all times a 50% chance to have the maximum damage added to your base damage.

Without Temper, your damage will vary a lot, and it’ll be exclusively effective fighting bosses, so it’s pretty much mandatory to cap it. You can obtain temper from chapels and rings. You’ll want to work chapels on temple 1, 4 and 5 as seen below.

Symbols wise, you’ll need the Mobilization symbol from the upper atlas. You can have up to 6 stacks of this symbol, to a total increase of 60% more Bonus Damage. 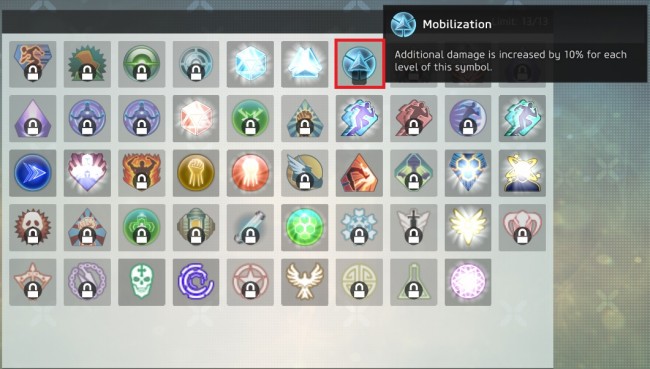 Mobilization
Additional damage is increased by 10% for each level of this symbol.

It’s very important to have in mind what build you’re going for right from the beginning, because once you reach the order system, you’ll be able to level chapels with various effects, such as the accuracy one I mentioned, if you randomly level effects, it’ll cost you alot to fix wrong levelled chapels.

Other chapel effects that will work for your DPS is crushing blow, which has a chance of doubling your base damage and discharge recovery. Be mindful of your build, if you wish to test other builds, say Strength & Spirit (popular one for LB and Knight), check which chapels and symbols work with it (accuracy, discharge recovery and the impulse intensity symbol), that’s just an example.

Bottom line is level only those that benefit your build, don’t waste resources on anything else or you’ll spend weeks of farm correcting those mistakes.