The Berserker is one of the best damage dealing classes in Skyforge, and it’s available to purple and orange founders or through approximately 2-3 weeks’ worth of spark caps in the Ascension Atlas. It’s a great class to play for people who want to be a melee damage dealer and want to be able to solo instances fast as well as be a sought after damage dealer in group content. The Berserker has a couple of gap closers, great single target CC and incredible damage while maintaining an appreciable amount of survivability.

The Berserker uses Barbarian Rage as its primary resource, and out of combat it will move towards 250/500 with a rate of 2 per second whilst when in combat it will increase by 5 per second. Without further a due, let’s go through the skills and talents of the class.

This is your LMB attack and can be combined with the RMB to combine different types of combos. This is also one of the main resources of getting Barbarian Rage as a total of 39 Barbarian Rage is generated from the full 4 x LMB combos.

These are the combos available to the Berserker: 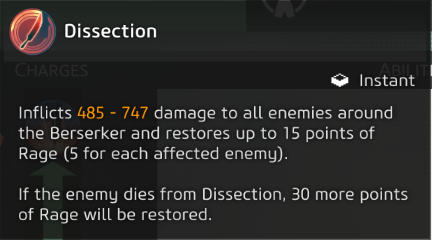 Fracture: 3x LMB + 1x RMB. Scaling: 263% of Base Damage. This, along with Crippling Blow, are the primary damage dealing skills you have and will use.

Now for the rest of the skills. 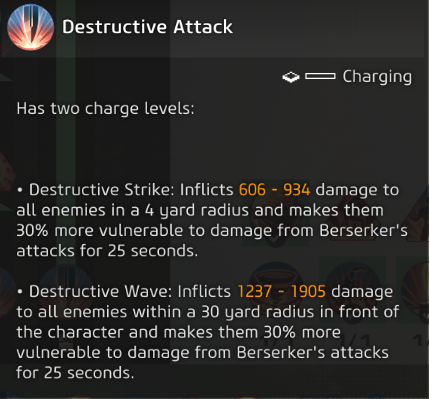 Scaling: 40 % and 110 % of Base Damage. This is your main target debuff skill that should be up at all times. 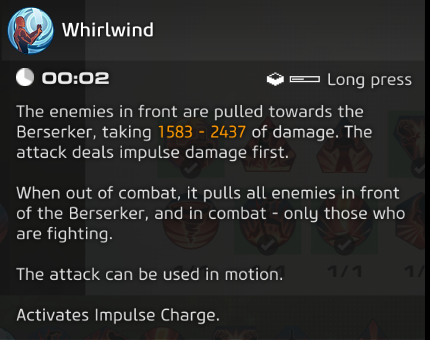 Scaling: 130 % of Base Damage respectively 450 % of Base Damage. Aside from being your main AoE skill, this also works to pull enemies to you which can be particularly useful in PvP but also has its uses in PvE. 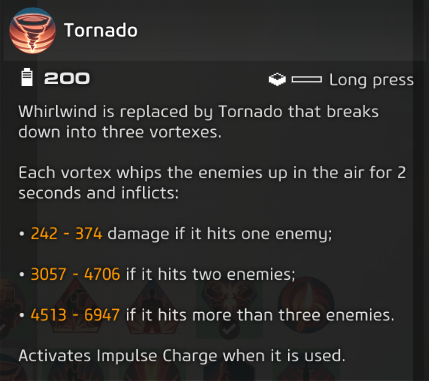 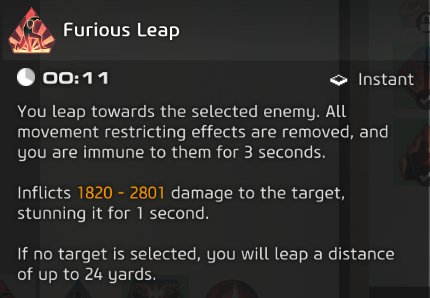 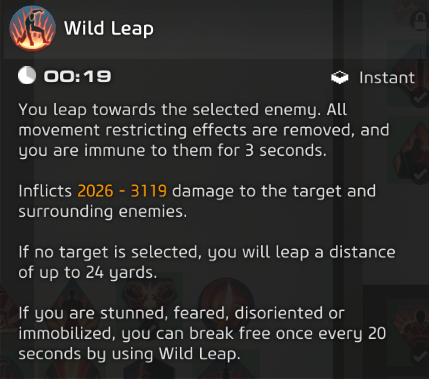 Scaling: 150 % and 167 % of Base Damage. These are your main gap closing skills. In PvP you would most likely benefit from Wild Leap because of the CC break, but in some PvE instances it could be useful to break out of CC. You would basically be better of picking the one that suits your play style both. Do you want to be able to break out of CC, or do you want lower cool down on your gap closer?

Scaling: 385 % of Base Damage. As mentioned earlier, this is one of the highest damage dealing skills you will have. 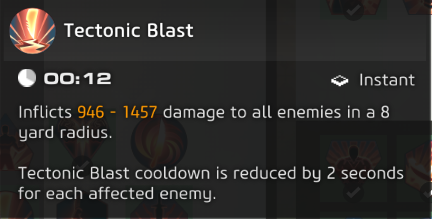 Scaling: 78 % and 600 % of Base Damage. Both of these skills have limited use in PvE and are basically useless in PvP. The damage from Tectonic Blast is too low and the cooldown, activation time and rage cost of Flash of Rage is way too high. You are better off using Whirlwind for AoE. However, Tectonic Blast could be used as a free AoE finishing move if your enemies have a small amount health left. 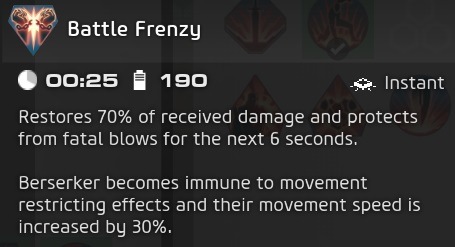 2 different types of survivability skills. The first one does however excel in most cases in both PvE and PvP.

Thirst for Battle is mostly used in PvE as it’s basically the foundation of the Berserkers burst damage, whilst the second skill is more useful in PvP because of the talent that comes with it (more about it down below).

This is the ultimate of the Berserker and can be very effective in both PvE and PvP. In PvE this is very effective against elite mobs with only 1 health bar (the enemies with the daggers/swords, shields and triangle above their heads). In PvP this works very effective against ranged classes that will try to create a gap between you and them because of the gap closing effect. To maximize damage from this skill, you want to leap as often as possible.

Talents that are useful to this build:

Most of these talents are self-explanatory: you want to increase the damage of your highest damage dealing skills whilst also increasing your overall damage/critical hit chance. You also want to have the rage and survivability enough to deal the increased damage. The two last talents are however more useful in PvP than PvE as targets in PvP shield themselves quite frequently and reflect always is useful in PvP.

Most of these talents are pretty much useless in this build. However, Battle Cry can be used in 3v3 and 10v10 PvP if you plan and coordinate it efficiently with your teammates. This is quite difficult, but has the potential to be quite powerful. Also, in 3v3 PvP the talent Desire for Revenge might be quite useful, but you will have to make sure you target the right character and plan your attacks accordingly.

To inflict the maximal amount of damage you will need to prioritize these stats:

(Always try to keep your Weapon and Offhand in blue rarity due to the increased extra damage increase, even if it’s lower prestige than a green/white one!)

Keep in mind that Critical Hit Chance hard caps at 50 %, meaning that going above 25 % is pretty much useless as a Berserker because of the Call of Rage talent.

For the symbols, you will want to acquire these as soon as possible (star marked symbols are a priority, rest you can get whenever you have the sparks for them): 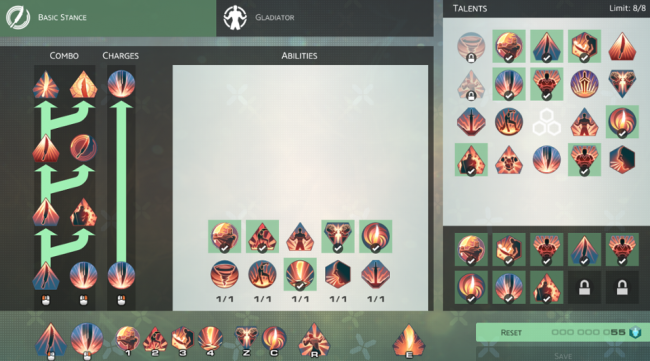 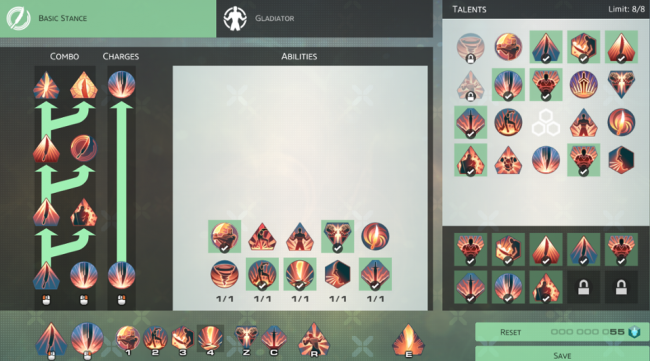 Believe it or not, but all Berserker skills (except for Crippling Blow, Whirlwind/Firestorm and Uncontrollable Rage) can be animation cancelled by either dashing or using Battle Frenzy. The majority of the Berserkers skills have very long animations, such as Fracture and Crushing Blow, making animation cancelling something worth doing to avoid taking unnecessary hits. Don’t however animation cancel every attack with dashes as there will come a time when you really need it and will have run out of dash charges, so use them wisely (including Battle Frenzy).

In PvE, your single target rotation should look like this:

If you face a group of elite mobs, you can do the following rotation:

In PvP, you will want to strive to achieve this rotation:

It can however be difficult to perform a full rotation at some times due to the fact that the target won’t simply stand there and let you perform it, forcing you to adjust it to your current situation. This rotation serves more as a general rule of thumb of what skills you should be prioritizing.

Keep in mind that you can pull your target to you at the cost of almost no rage by simply animation cancelling Whirlwind/Firestorm to close the gap between you. Another two gap closers are your Leap skills (2) and Gladiator (R, your ultimate skill).

I hope you enjoyed this guide and thought it was helpful.