Food Reviews » Have Your Cheesecake and Eat It!

Have Your Cheesecake and Eat It!

I absolutely adore The Cheesecake Factory. They’re everywhere and you can’t just put it in a single location. Thus, I decided to give it a whole post.

I’ve a tip for you, try to share the mains with your friends because portions are extremely big. 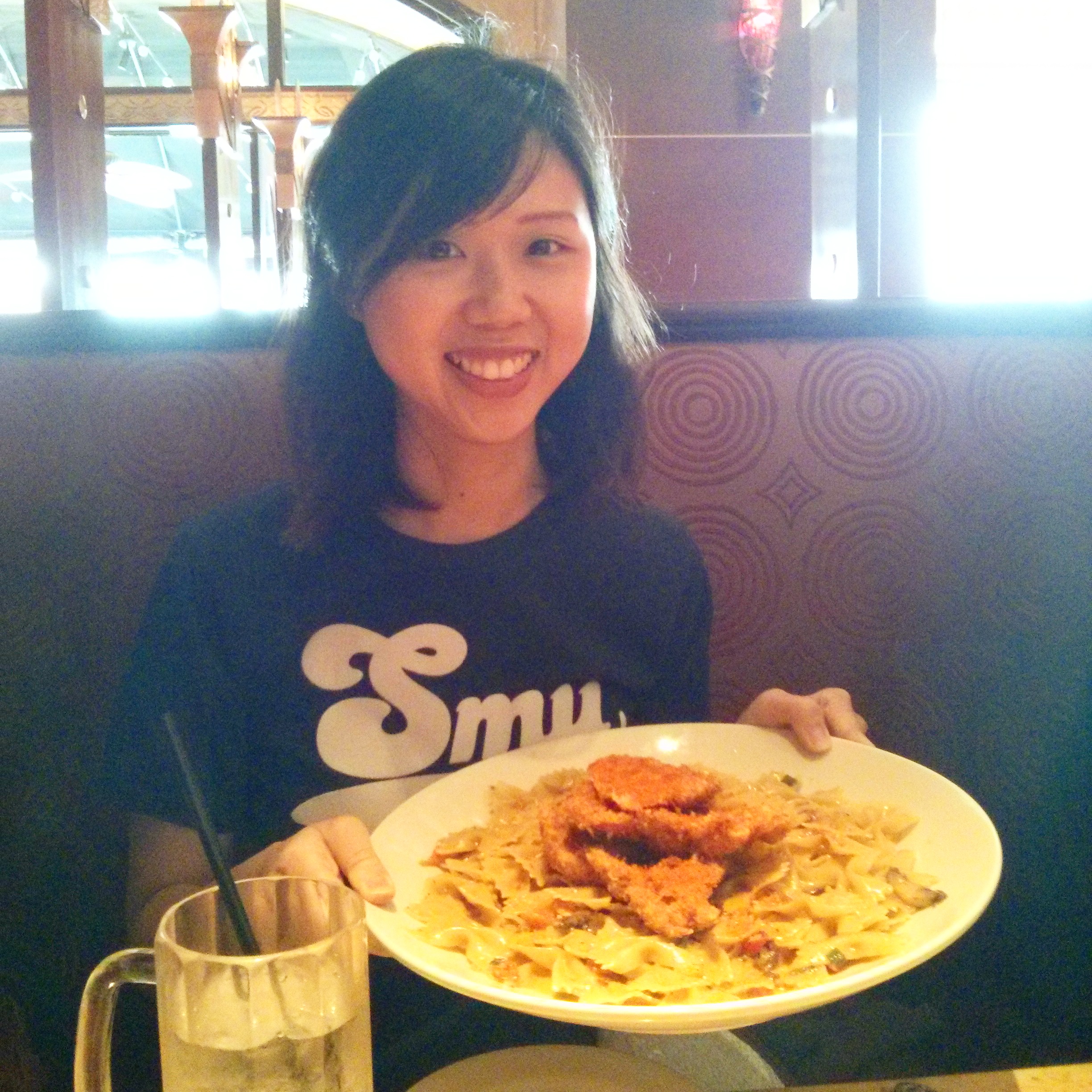 Even after my friends and I shared the mains for lunch (5 people shared 2 mains, 1 side dish), we still did not have room for dessert. 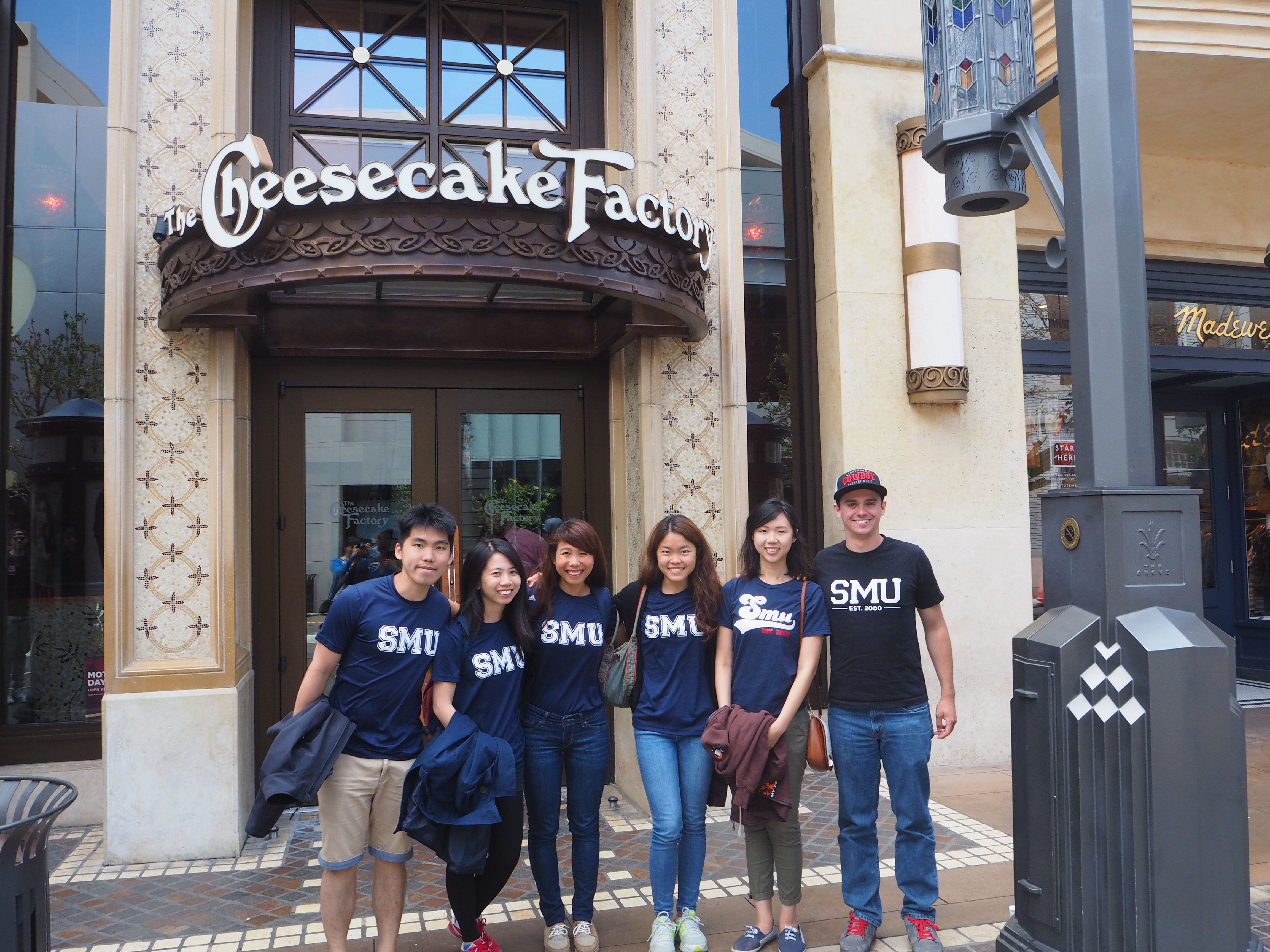 Today, I’ll be blogging about what I highly recommend and not recommend based on people’s reviews as well as the dishes that we’ve tried.

Number one on the list would be the CHICKEN MAIDERA. 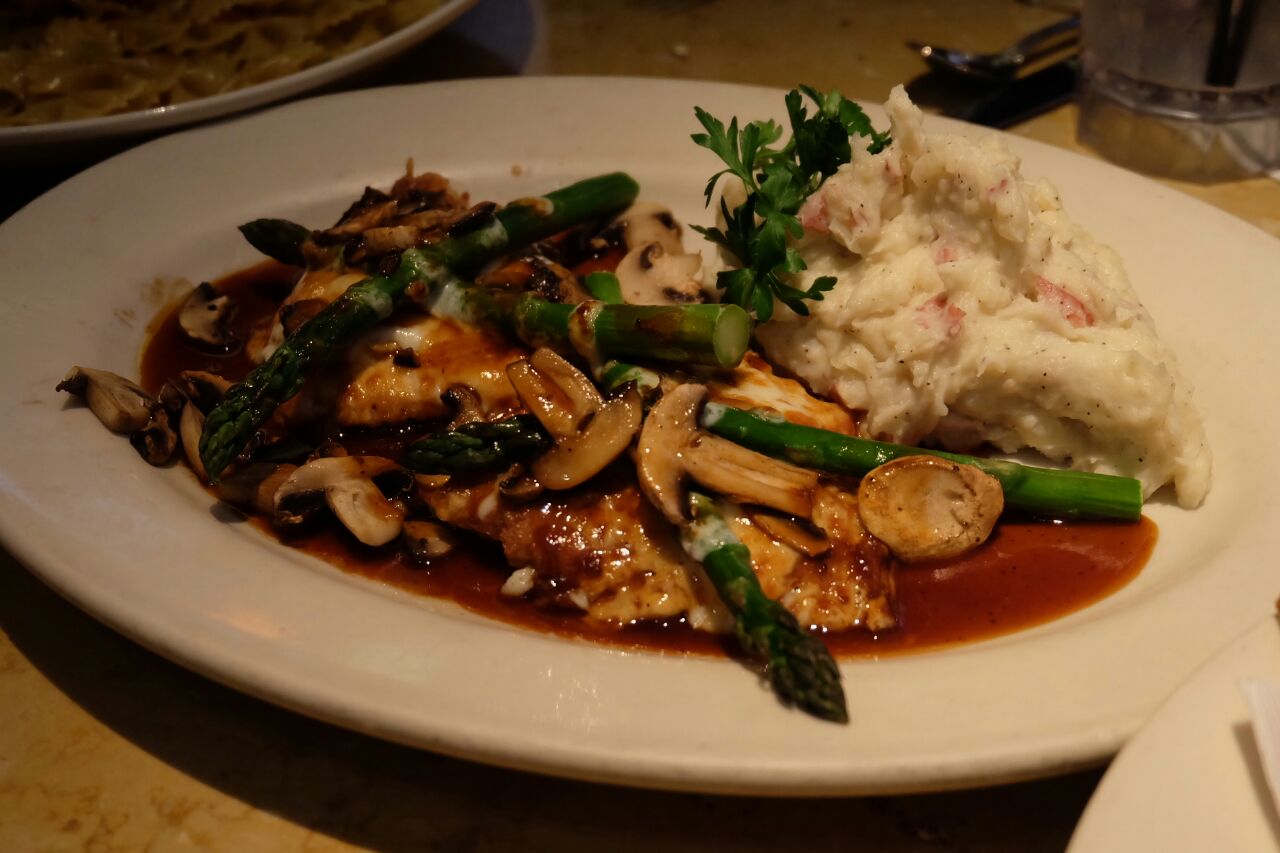 It is The Cheesecake Factory most popular chicken fish. Essentially, it’s chicken breasts that is sautéed and covered with their mushroom madeira sauce. It’s served with asparagus, mushrooms and mashed potatoes.

Number two would definitely be the CRISPY CHICKEN COSTOLETTA. 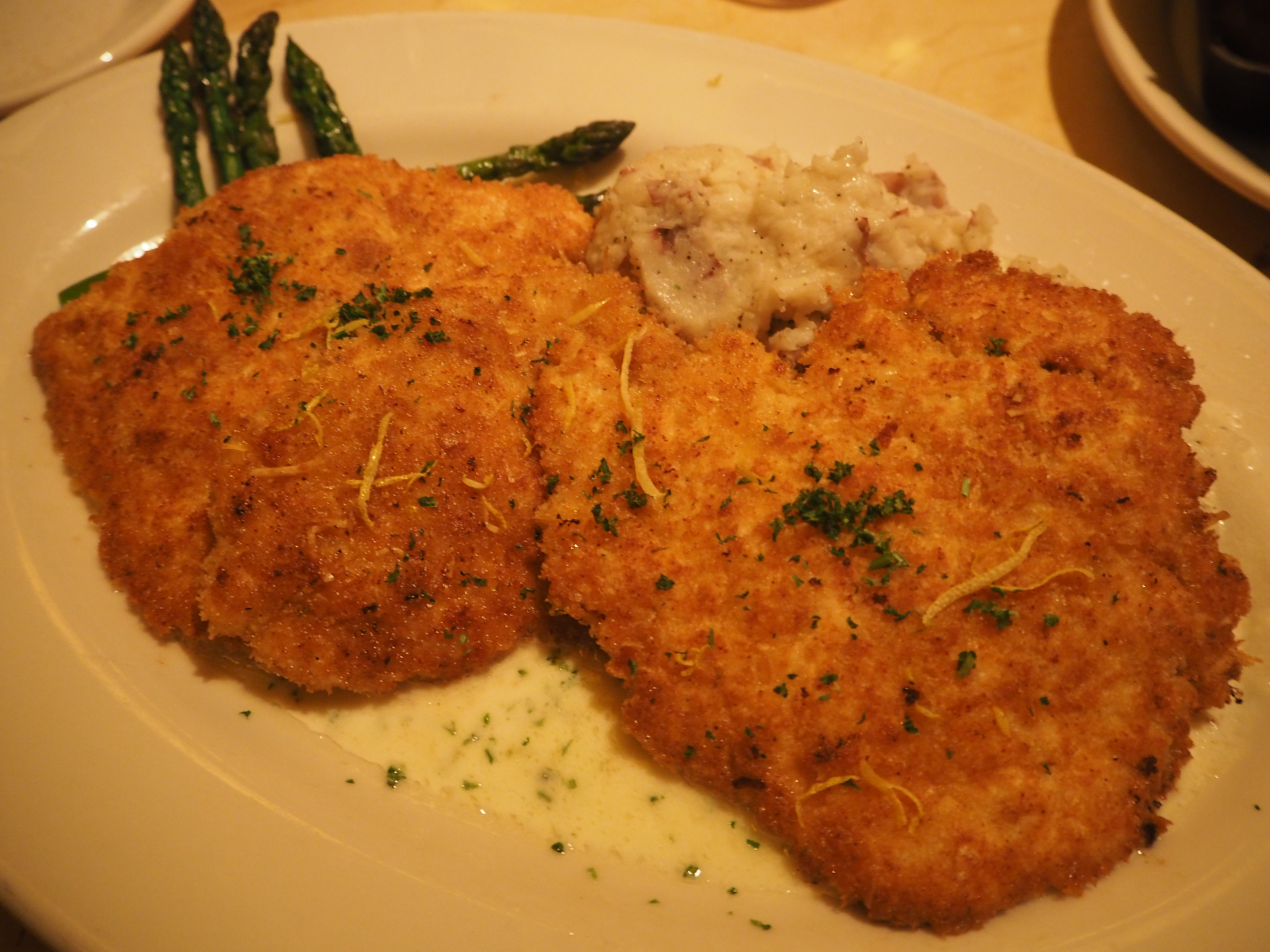 Number three would be the Sweet potato fries! 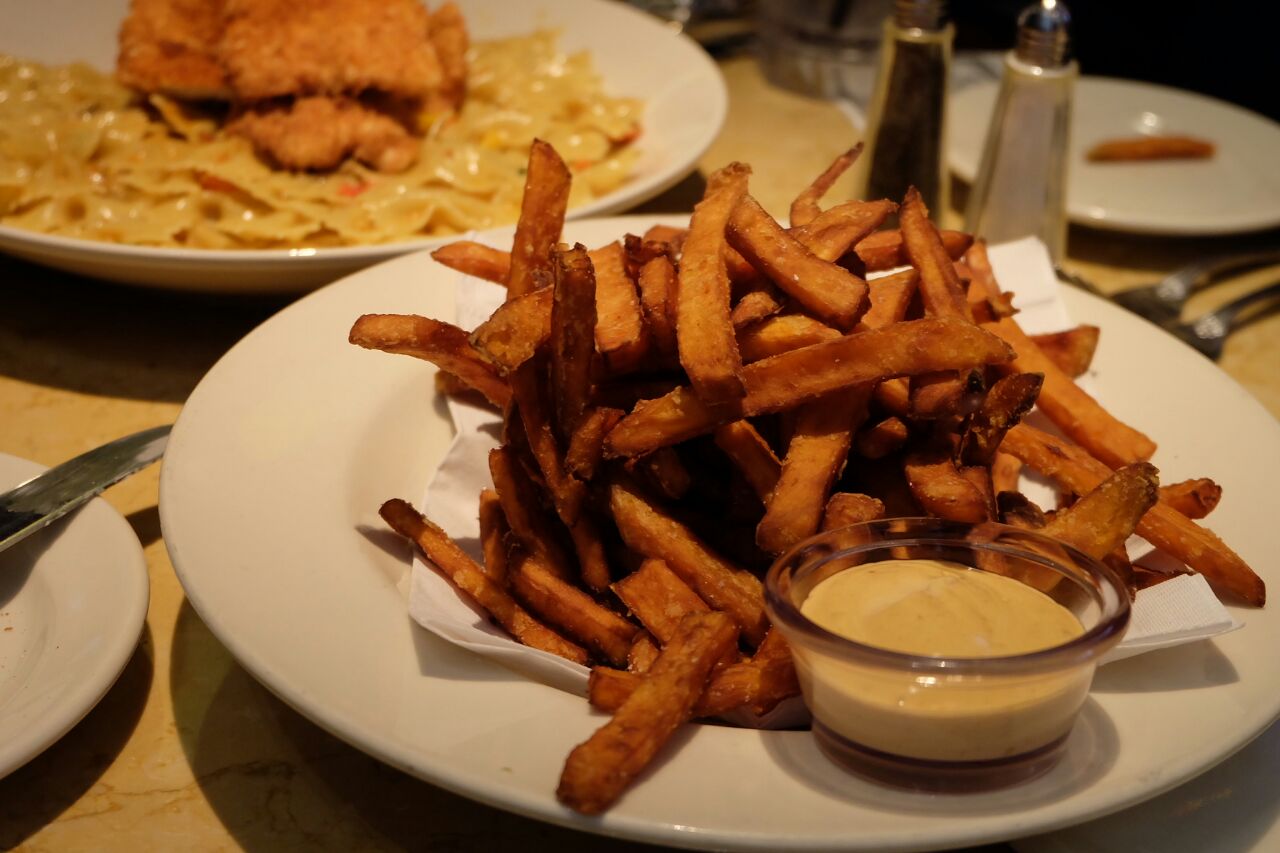 They’re so value for money. $6 for such a big bowl. You’ll definitely fill up on these.

The only letdown for the mains was the LOUISIANA CHICKEN PASTA 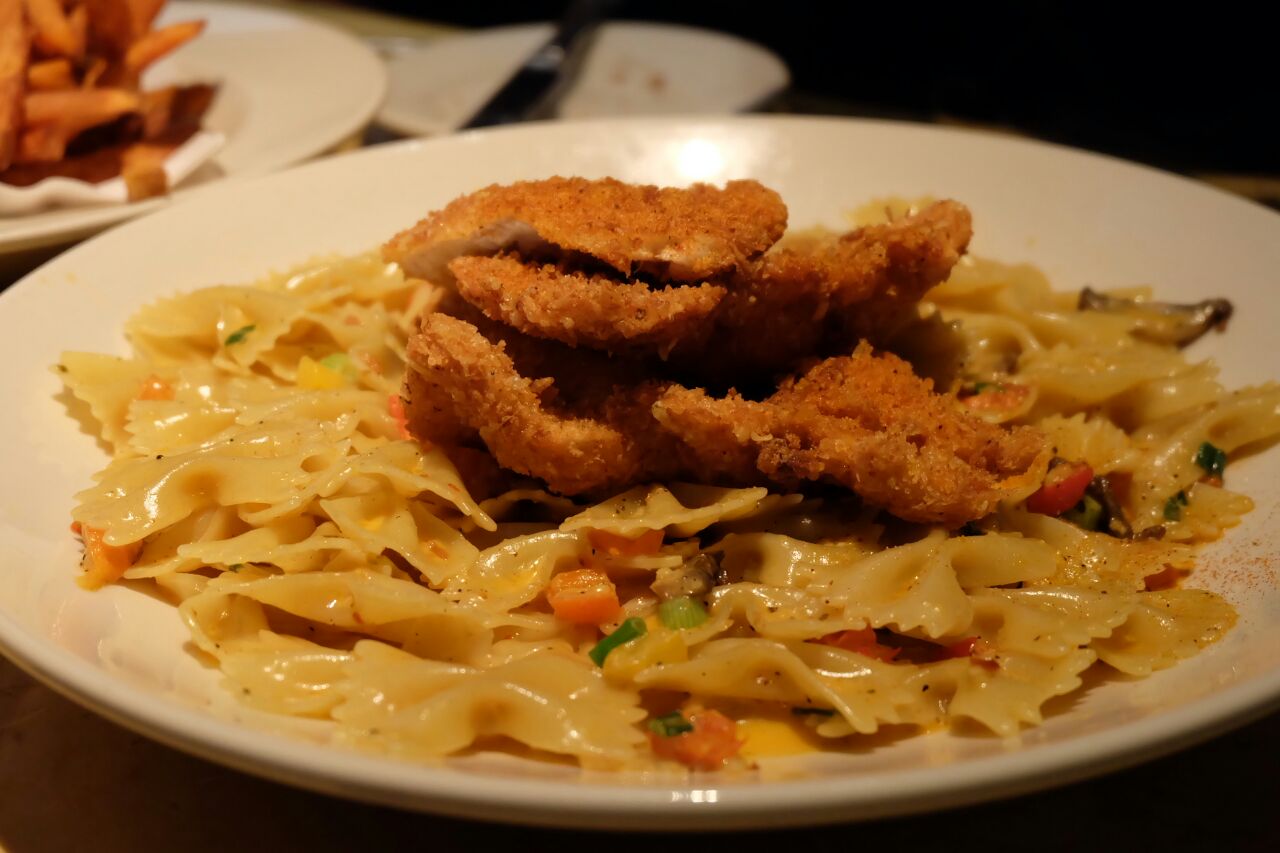 Don’t get me wrong. It’s a good dish, its comforting but highly overrated. Everyone on social media and websites reviews recommended it, its Parmesan Crusted Chicken Served Over Pasta in a Spicy New Orleans Sauce. Sure the portions are big, but I couldn’t get the hint of cheesiness and the pasta was kinda bland. The only part I enjoyed was the mushrooms, peppers and onions sautéed with the pasta.

Well, this is the part you’ve been waiting for! Cheesecake! You definitely have to try their divine cheesecakes when you’re in The Cheesecake Factory right?

My friends had a serious craving for Oreos. Thus we ordered the OREO® DREAM EXTREME CHEESECAKE. 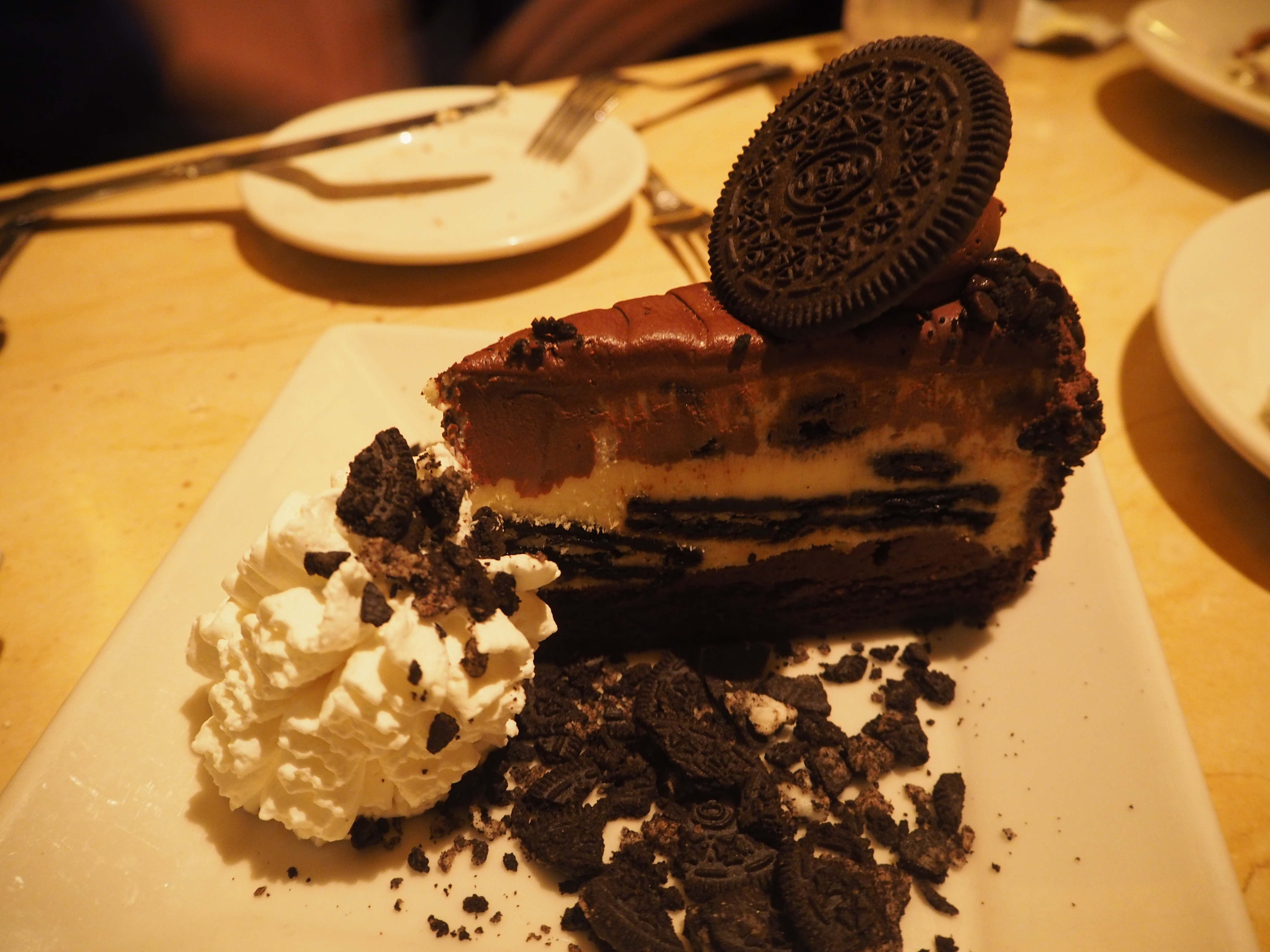 It was good but nothing spectacular…The only wow factor was the gigantic oreo on top of the cake. The OREO® Cookies were baked in our creamy Cheesecake with layers of fudge cake and OREO® Cookie mousse.

What blew us away was the FRESH BANANA CREAM CHEESECAKE. 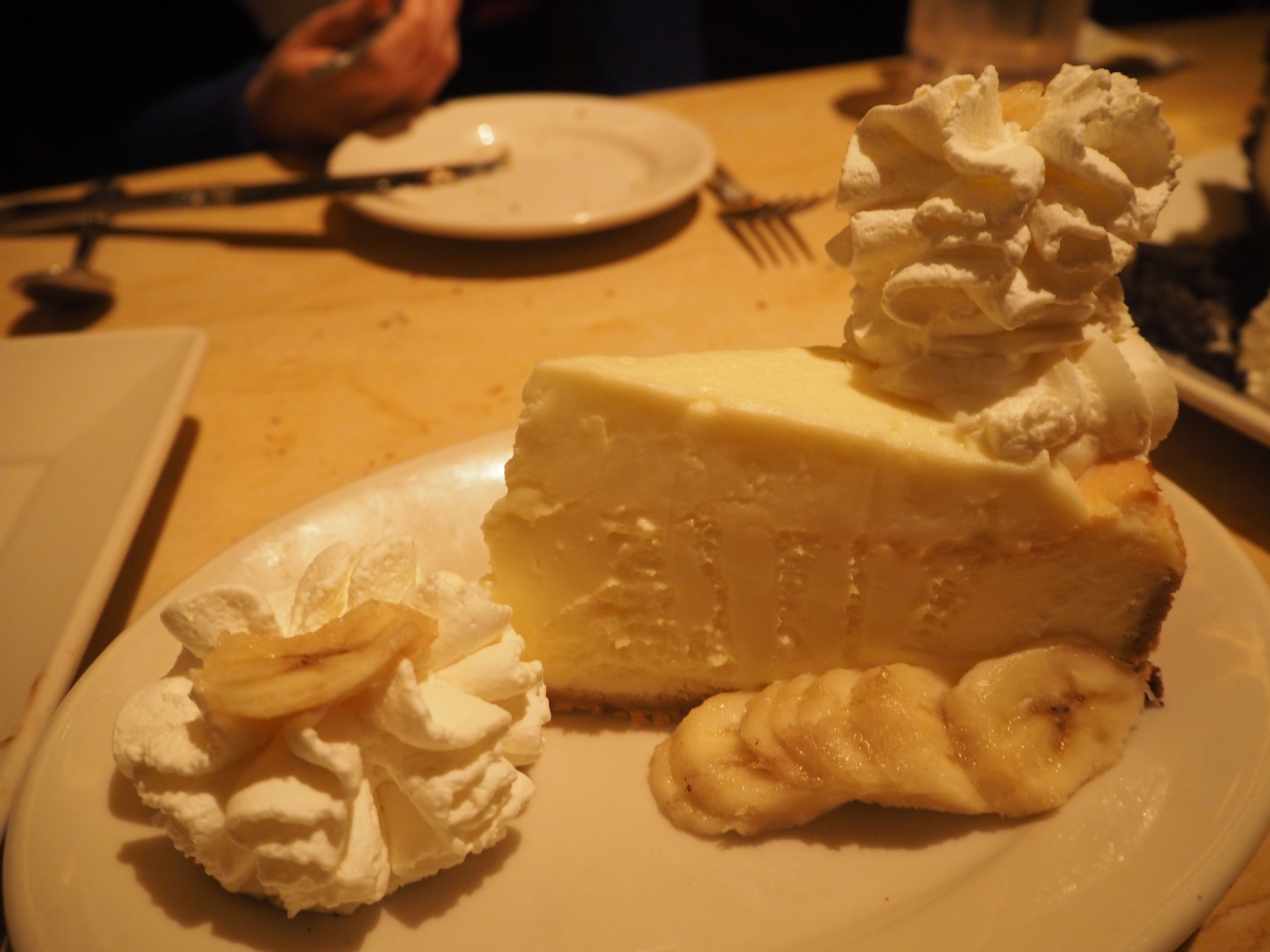 I do not even like bananas and I hate fruits in my desserts. But I was truly loving this cheesecake. Perhaps because the other cheesecakes were too dense and this was the only light one. But the banana cream with the Bavarian Cream and Fresh Sliced Bananas was too good to be true. It was so light that you could have spoonful after spoonful of cheesecake.

One of the greatest dessert letdowns was the CHRIS’ OUTRAGEOUS CHEESECAKE™. 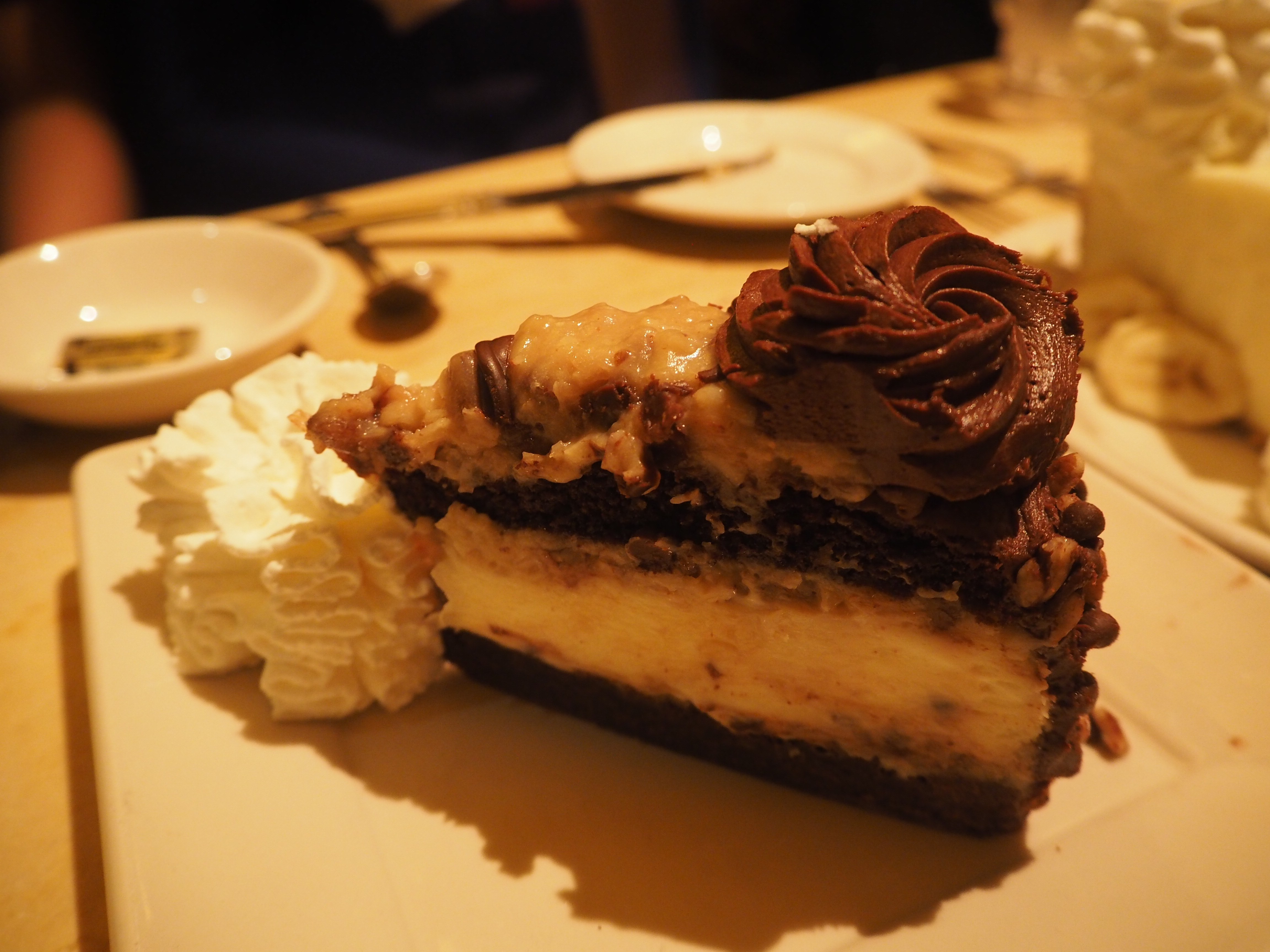 Many blogs were raving about this Cheesecake Factory Original. They said it was the number 1 cheesecake to try out of all the other cheesecake options available. However, even though I do like brownies, cake, coconut and chocolate chip. But when you put it all together, it’s too heavy. I wanted to choke after 3 bites.

In conclusion, I’ll definitely go back to The Cheesecake Factory. The main I am dying to try is the CHICKEN BELLAGIO. The description given by The Cheesecake Factory sounds too good to deny. “Crispy Coated Chicken Breast over Basil Pasta and Parmesan Cream Sauce Topped with Prosciutto and Arugula Salad…”

For desserts, I’m definitely having it even if my belly burst open. I’ll probably get something lighter as most of the cheesecakes were really heavy.

Although the pasta dish and Chris’ cheesecake were letdowns, but they were still good. It just was not as good as I had expected it to be since they were highly raved about.

The only bad bad bad bad bad thing about The Cheesecake Factory is how calorie rich each and every single meal is. Cheesecakes range about 700-900 kcal and mains are about 1,300 – 1,500 kcal.

You definitely have to watch out for portion control. Decide on 1 or 2 main dishes and cheesecakes and share with your friends! This way, you can have your cake and eat it too (without feeling the guilt on your hips)!