This will be a guide on the new dungeon “The Last Story” found in the Arena until May 30th, 2015. I will detail each stage’s spawn locations, and the requirements of each stage to achieve the Perfect Ending. To note, there are 4 possible conclusions for this dungeon.

Completing this new dungeon while fulfilling the proper requirements will net you 2 new S Class characters from “The Last Story”, a game by Mistwalker for the Nintendo Wii.

Recommended Party
1x Healer – This is an absolute must.
1x Elemental Damage – Preferably an SS Mage. Any element will suffice, their damage will be negligible for the majority of the dungeon, but will be absolutely vital on Stage 9.
4x High Physical Damage – Swords are best here as the majority of the dungeons mobs are Bows. S’naip, Ma’curi, Odin, and Harold can do the job as well if they are properly leveled and SB’d.

For the purposes of this guide, I will only detail the stages leading to the Alternate and Perfect Fates. They are the same route, with only a movement time requirement separating the two. You must complete the entire dungeon while moving for less than a combined total of 50 seconds to get the Perfect Fate. Otherwise, you will receive the Alternate Fate. 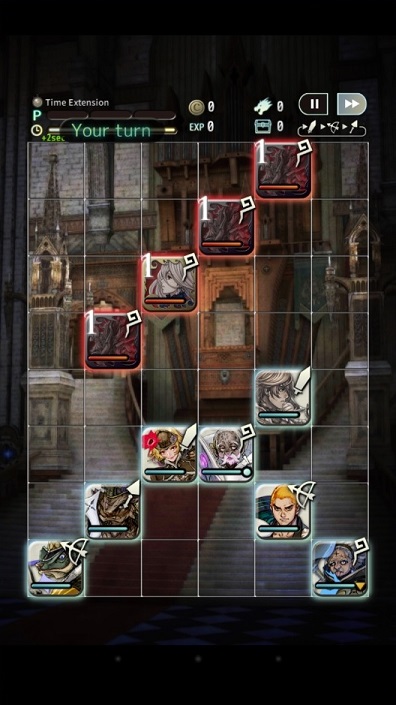 You will always start Floor 1 in this formation. Calista will only ever cast Rage, dealing moderate damage to the whole party. The Energy Sparks will continually spawn reinforcements if there are not 6 of them on the map, otherwise they will use Saturation to damage the party. The goal here is to eliminate the Boss as swiftly as possible. There are two variations of Floor 2 and 3 depending on if you hit Calista with Zael or not. (Recommended that you do not hit Calista with Zael) 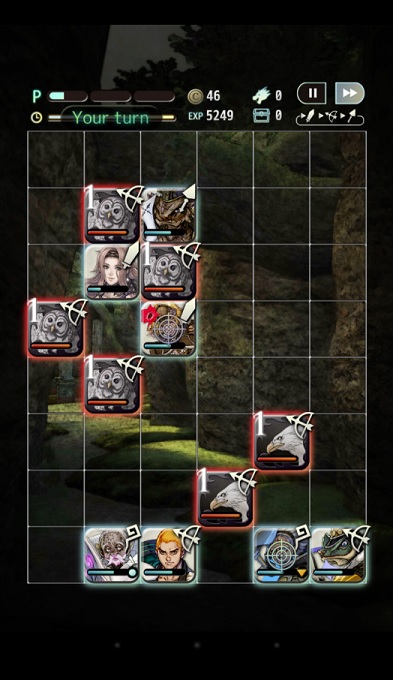 This floor starts with Syrenne at one third health. The goal here is to keep her alive throughout the stage. Get heals on her as soon as possible or the Owls will make quick work of her HP. The Gryphons will spend much of the fight using Aim followed by Swift Arrow. If they get low on health or are the only remaining mob, they will use Wingstorm which can hit for significant damage. 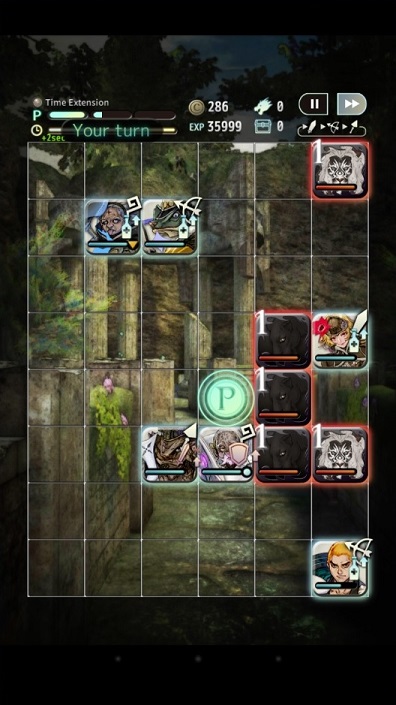 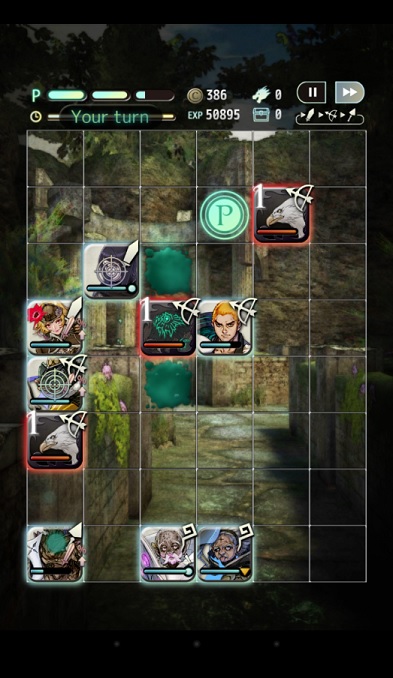 The goal on this floor is to eliminate the mobs while keeping Miriana alive in 5 turns or less. – It will be 3 turns or less if you hit Calista on Floor 1 with Zael, the reason it’s recommended not to -. The Ghoul will rotate between Venomous Aim which will hit a random party member dealing damage and inflict poisoning, and Ghoulish Armor which significantly reduces all damage on it for the following turn. So long as the Ghoul is alive a highly damaging poison will spread vertically outwards from it. 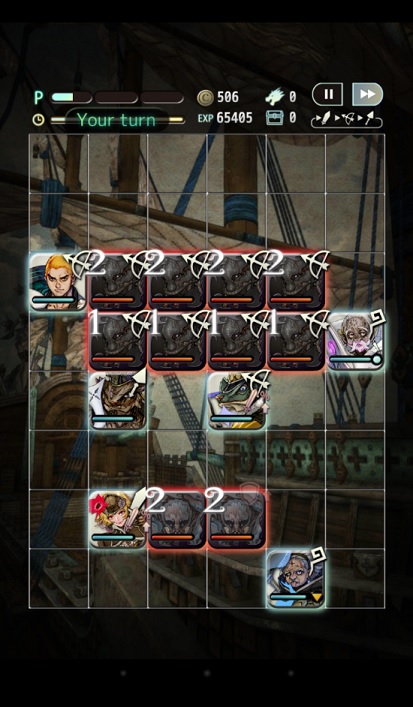 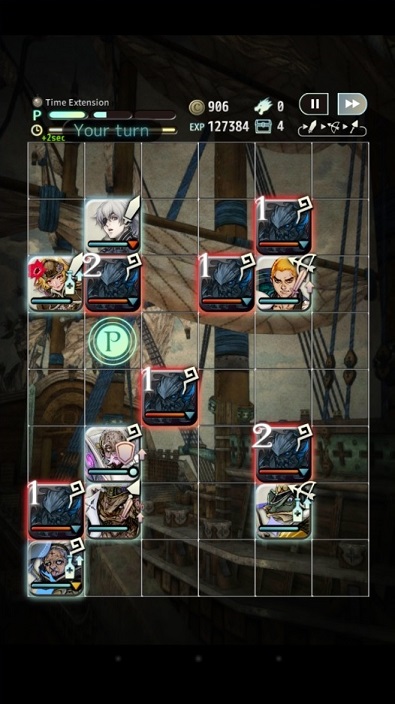 On this stage you must eliminate at least 4 of the 6 mobs using Yurick’s spells. It’s recommended you have a Power Point ready and waiting in order to proc his Meteor skill and make quick work of this floor. 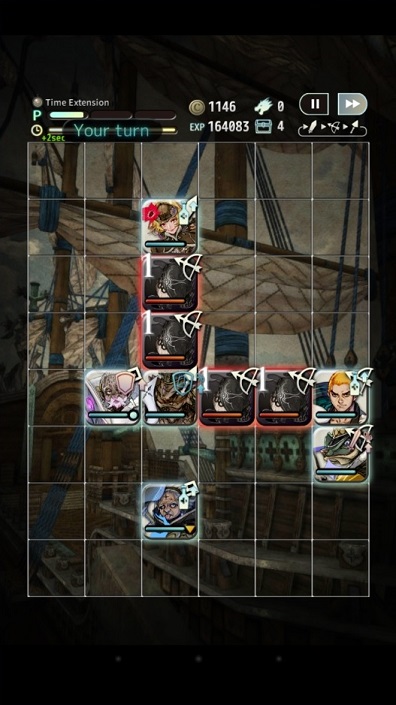 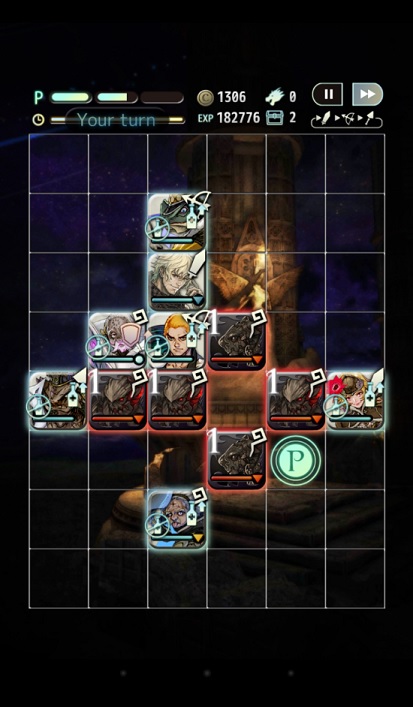 This fight starts with one of the Muruk’s casting Nullify Healing, All. The goal here is to not finish the fight until 6 turns or more have passed and keep Lowell alive. The debuff wears off after 9 so you can use it as an indicator to move on if you wish. Quickly eliminate the Golems to remove any form of damage you could sustain and wait it out. So long as both Muruk’s are alive they will only use Breath which does no damage and pushes you around. Once Nullify Healing wears off, be sure to kill both Muruk’s together or the surviving one will do Inferno Breath which can hurt anyone not near Lowell. 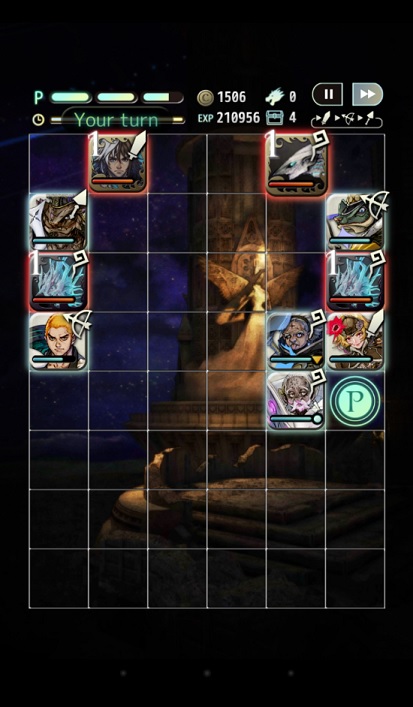 The goal here is to kill Mitra NOT Zael. The Energy Sparks will summon reinforcements as long as they are alive so eliminate them as quickly as possible and focus your efforts entirely on Mitra. He is the reason you need a form of elemental damage. He has massive physical and magical defense due to Aerial Shield. However, after 9 hits from any element, he loses his defense and falls quickly. He’ll begin to cast Synergy Wave, 3 Rows at 25% health. If you do not bring a form of elemental damage against him prepare for a very lengthy fight in which Zael can one shot a character at any time if his Vertical Slice criticals. 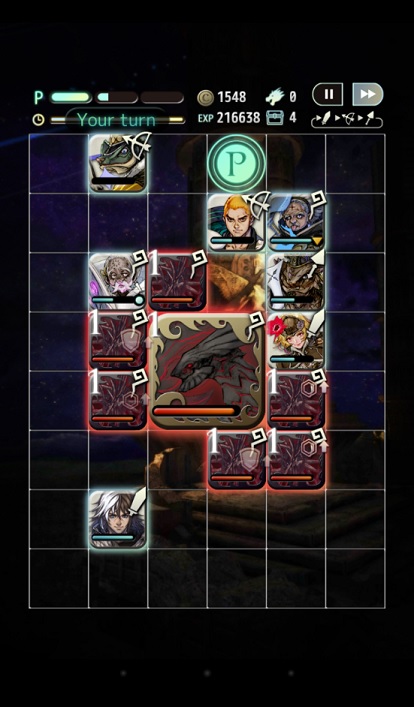 During the final stage you must keep Zael alive and use him in the final killing pincer. He does not have to deliver the final attack, but he must initiate the pincer. It can be a double pincer, so long as he initiates one of the two. Of note, only the boss has a set spawn location. The Sparks all spawn with a turn of 0 and will move around the map using Breath to push your characters around. Generally you will want to eliminate them first to remove their defense buff from the boss. At 20% the boss will summon an additional 6 Energy Sparks. Otherwise it will stick to a set pattern of Breath, Synergy Wave 1, Synergy Wave 3, repeat.

And that is the completion of the dungeon. If you followed this guide you will have 1 of 2 outcomes. If you were quick on the movements you’ll be gifted with the Perfect Fate and receive both of the new characters. If you weren’t so fast, you’ll get the Alternate Fate and still acquire Calista.

Overall I find it to be an enjoyable dungeon, and the story is quite good. Enjoy yourselves!