Seattle: The Heaven For Coffee (and Farmers’ Market) Lovers

Seattle and Portland were two of the most surprising cities that I love so much during my one month grad trip in America.

There’s not much hype about these two cities, unlike New York City or Los Angeles.

Instead, Seattle is known to be the heaven for coffee lovers. It is after all the home of the first Starbucks. 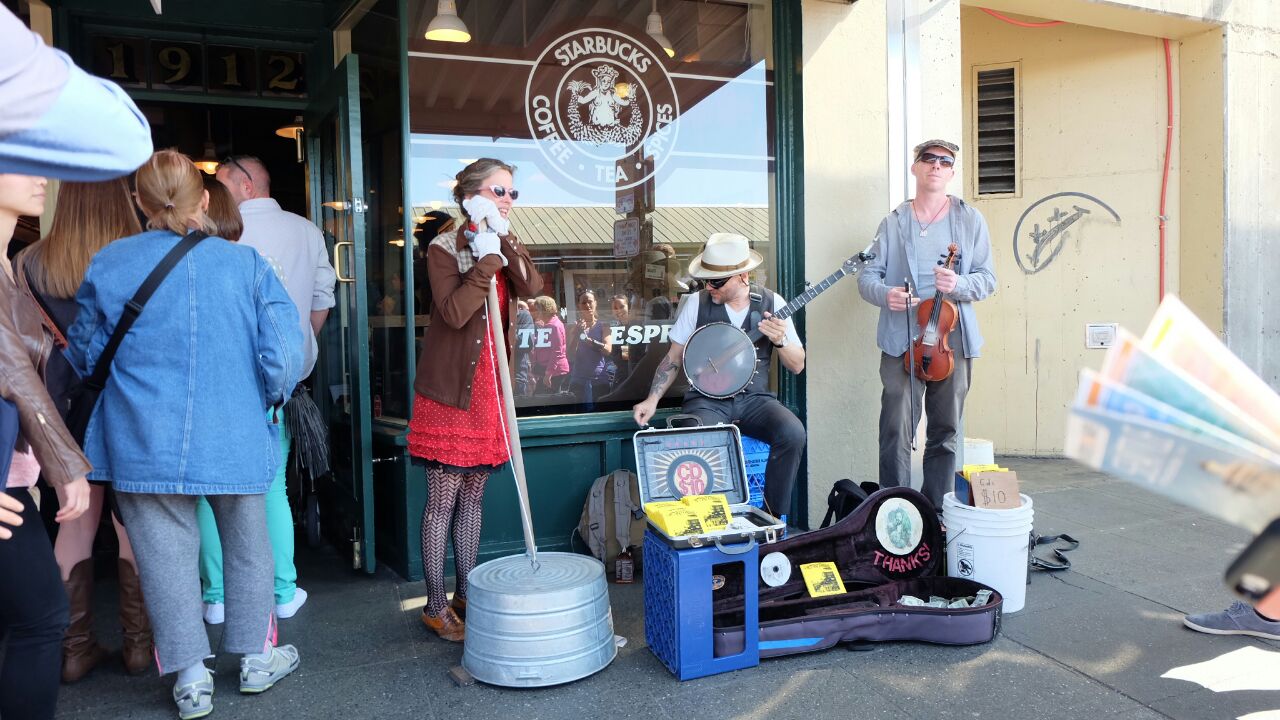 Let me blog about Seattle first and my next post will be about Portland! :D

Of course, it is all about food when I’m in a new city. So… where to eat and what to order when you’re there?

This is the number one farmers’ market that you need to go to! It’s so amazing and big! 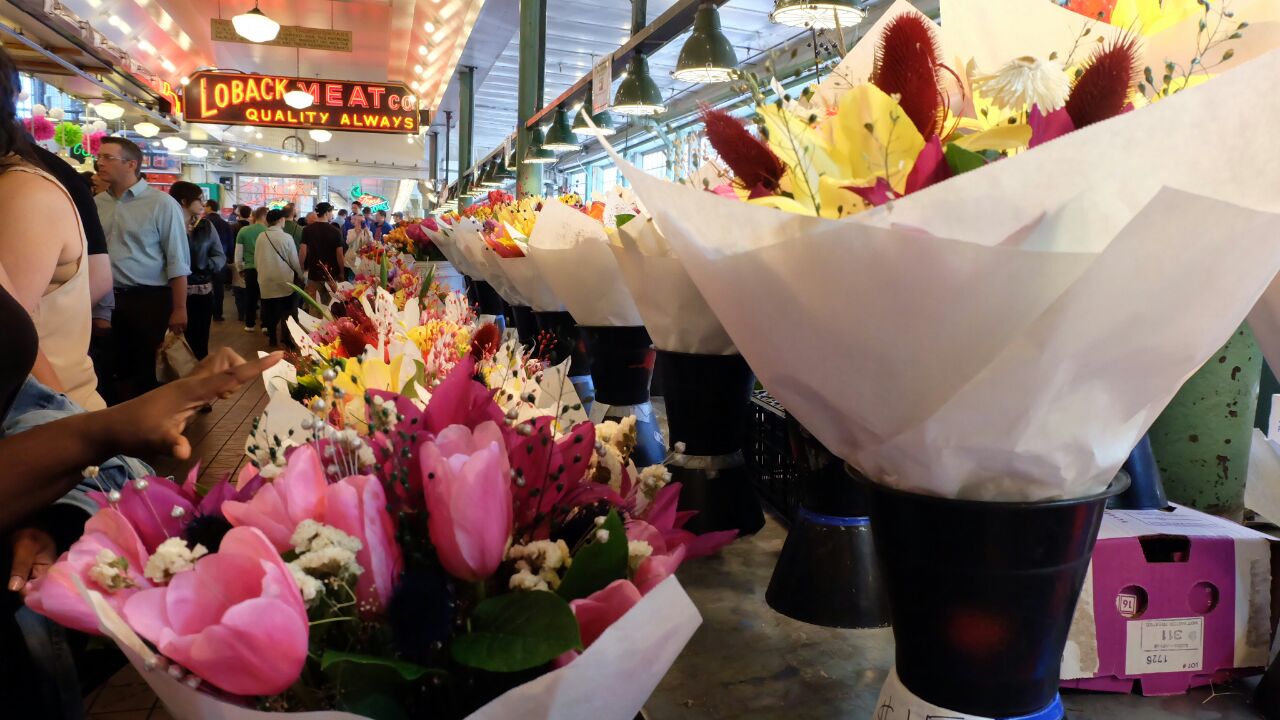 You definitely need to go to Pike Place Chowder. The owners and staff are extremely friendly. If you’re there on a Sunday, you’ll be able to see the staff cutting a humongous tuna or other type of big fish right in front of you. Or they’ll greet you with another type of seafood. I was greeted by a crab -_- 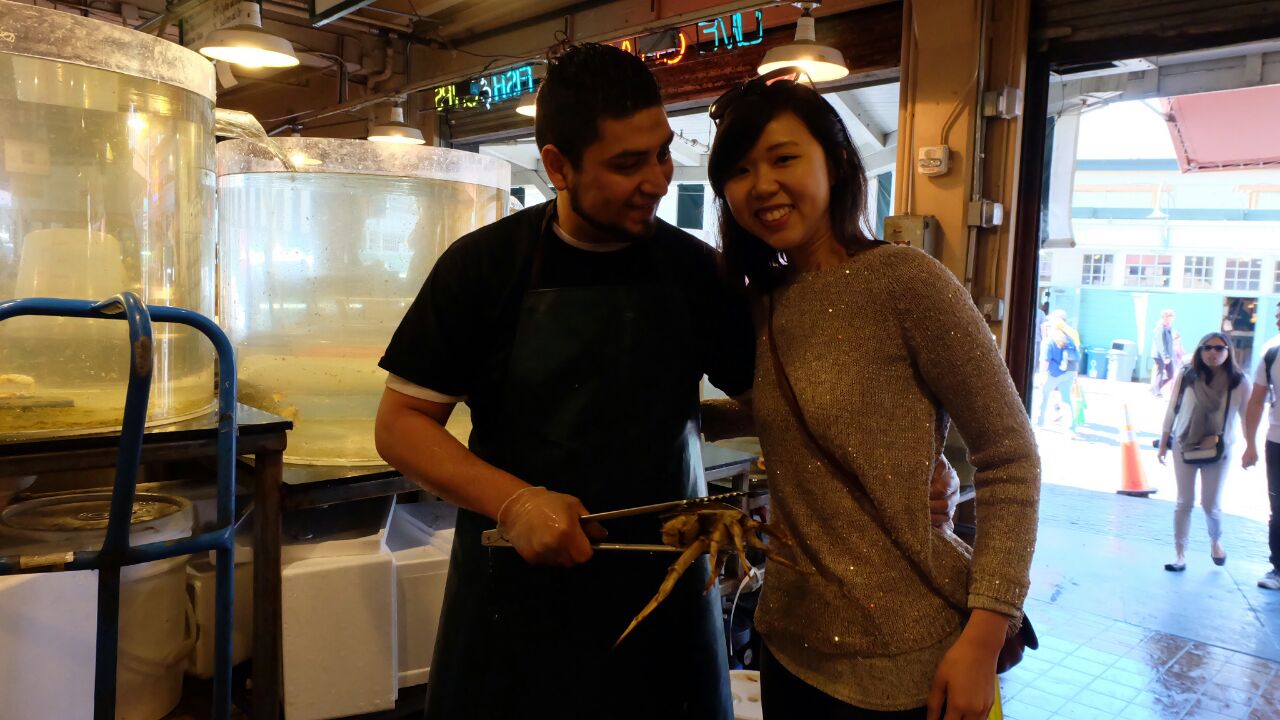 Number one go to stall is: Pike Place Chowder.

Order their clam chowder and salmon fish and chips. Yum in my tum!

Other stalls that you need to try are:

a) The Crumpet Shop

I’ve never had a crumpet before. But this shop has impressed me with their lemon curd crumpet and hazelnut chocolate with ricotta cheese.

This is a Russian version of an empanada. We ordered the apple cinnamon roll and fresh rhubarb piroshky. Both of them were filled with so much “pie” filling. Do go early though as there’s a long queue.

Order the maple bacon and original doughnuts. It is possible just to buy a single doughnut if you request for it.

Apologies that there’s no nice photos of the food. We were a tad too hungry and gobbled up everything. 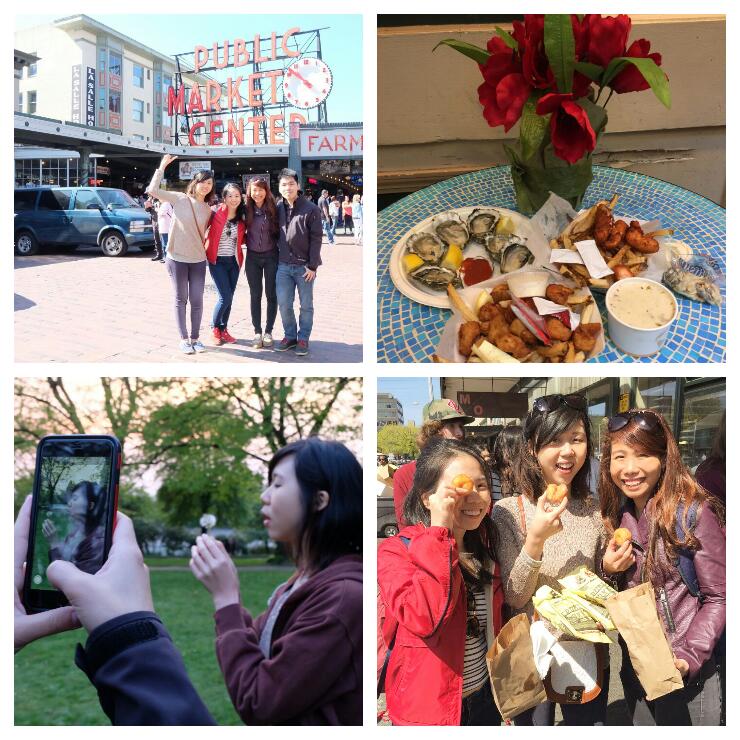 I absolutely adore Molly Moon! Sadly, again, I’ve no pictures but I can guarantee that everything is homemade. They let you sample all the ice cream and they’re extremely friendly! The portions are huge. You can get two scoops and share it with 3 friends! That’s what my friends and I did! We ordered the melting chocolate and salted caramel, which is Molly Moon’s recommended combination.

Our group loves farmers’ market a lot. We decided to head to 2 sunday markets. Fremont and Ballard. Personally, I prefer Ballard for its atmosphere and fresh produce but Fremont for its food. 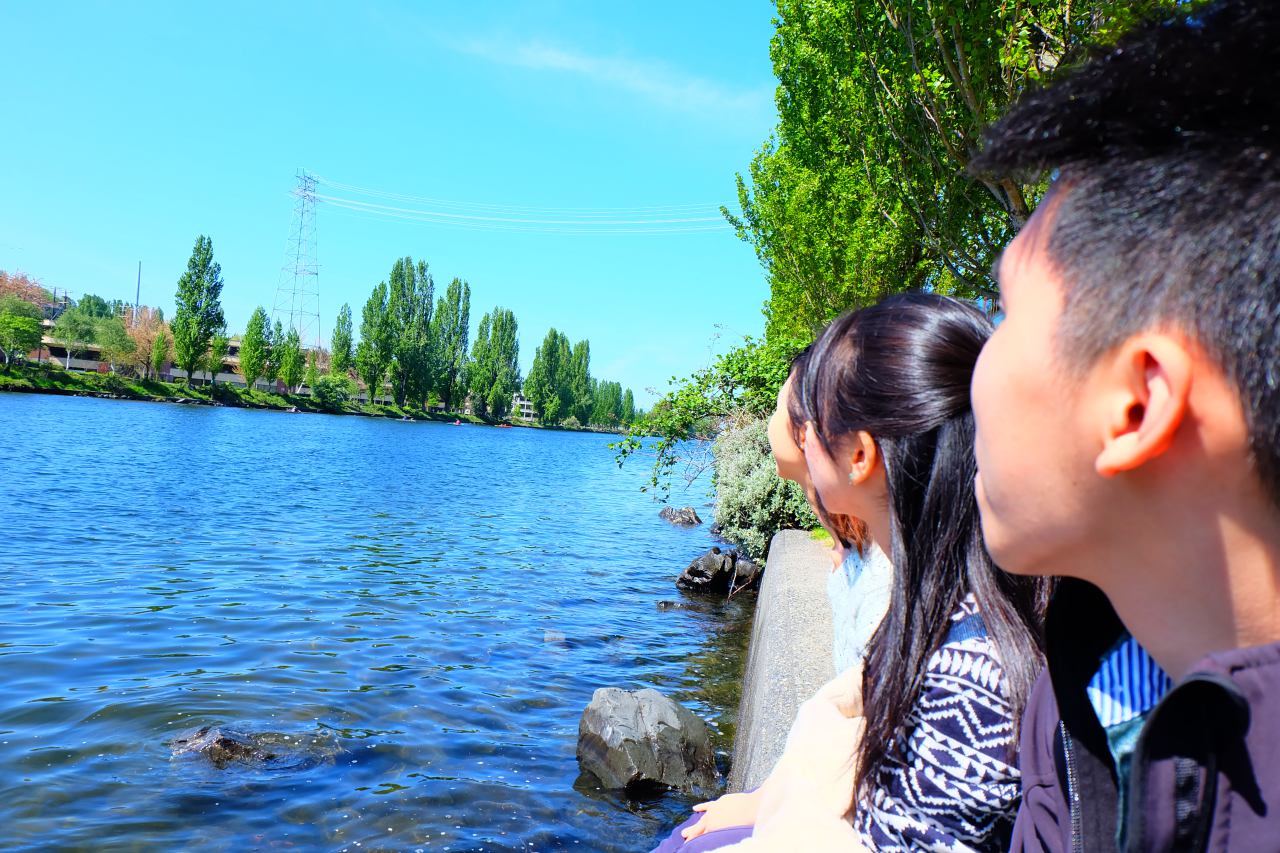 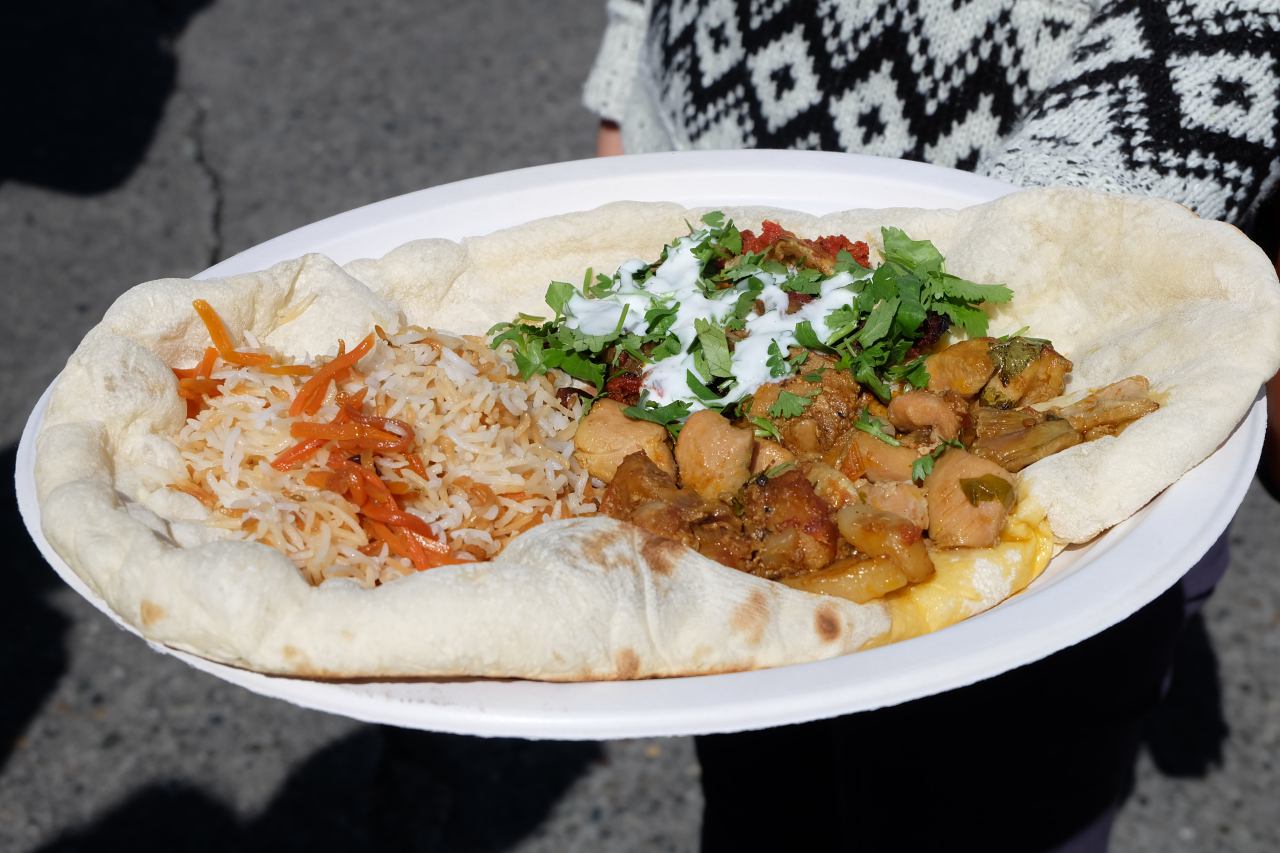 The next food cart/truck is Nosh. They’re famous for their fish and chips. But if you’re feeling a little more adventurous, try the fried rabbit! I wanted to try it but my friends weren’t game for it! If you do eventually try it, let me know if its good! 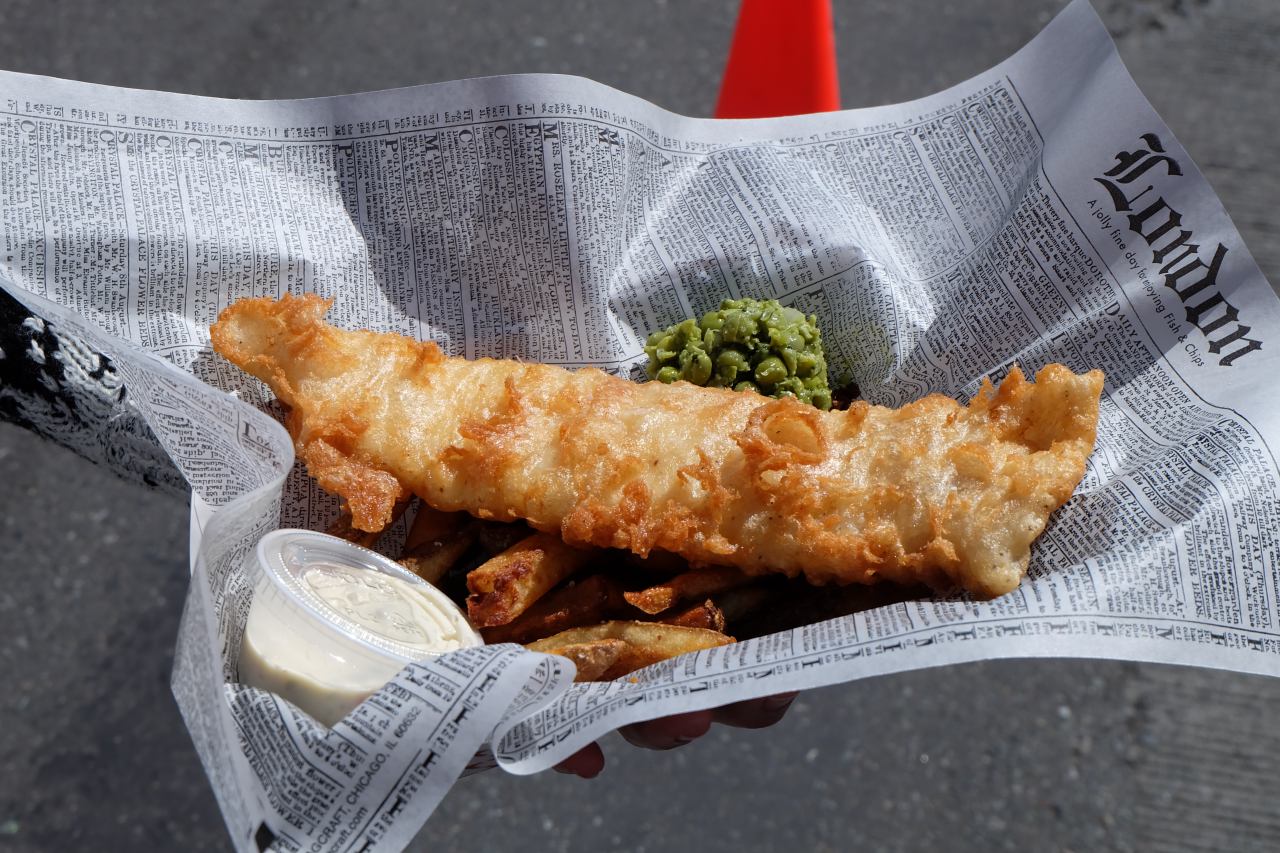 Ballard was the backup plan but I definitely do not think its the second choice for food markets. The entire place was beautiful! 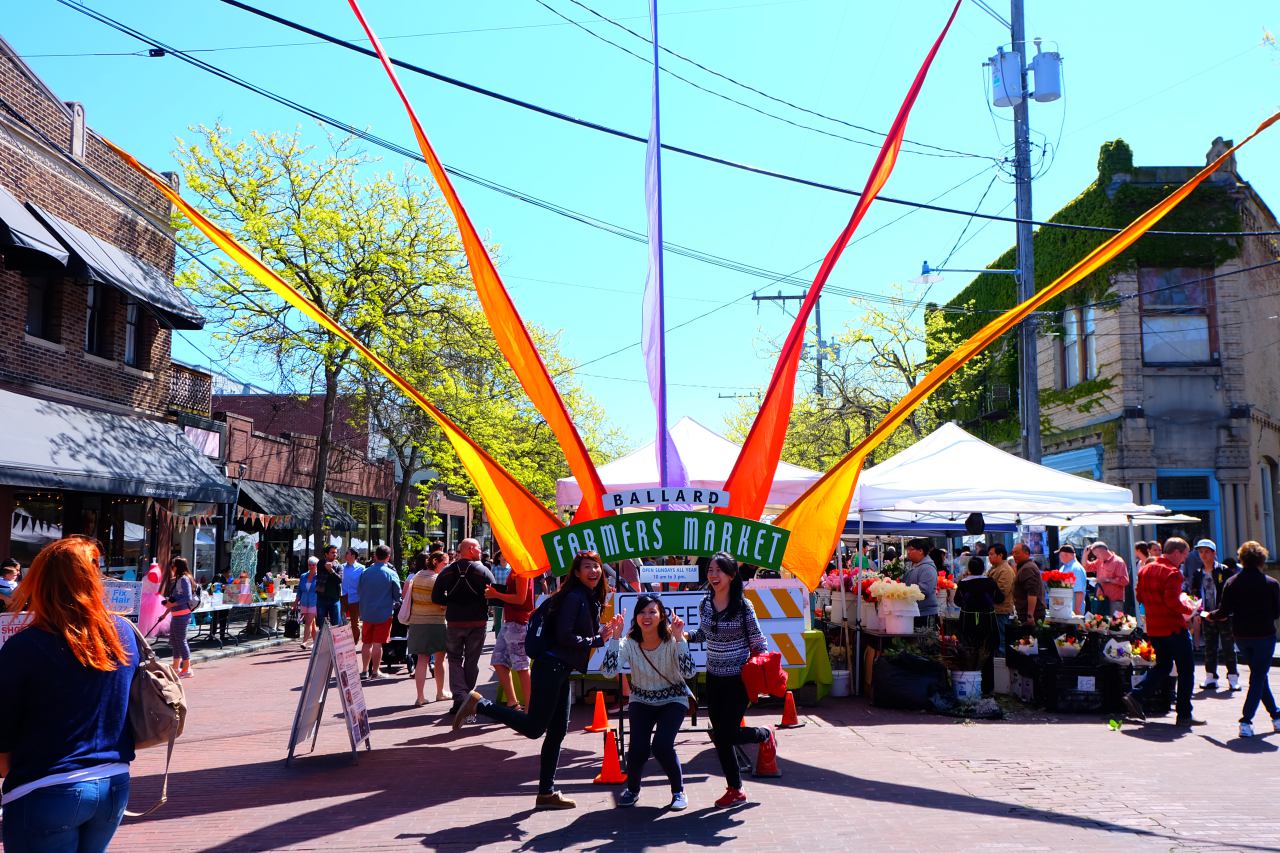 There were fresh flowers everywhere and definitely a instagram worthy place! 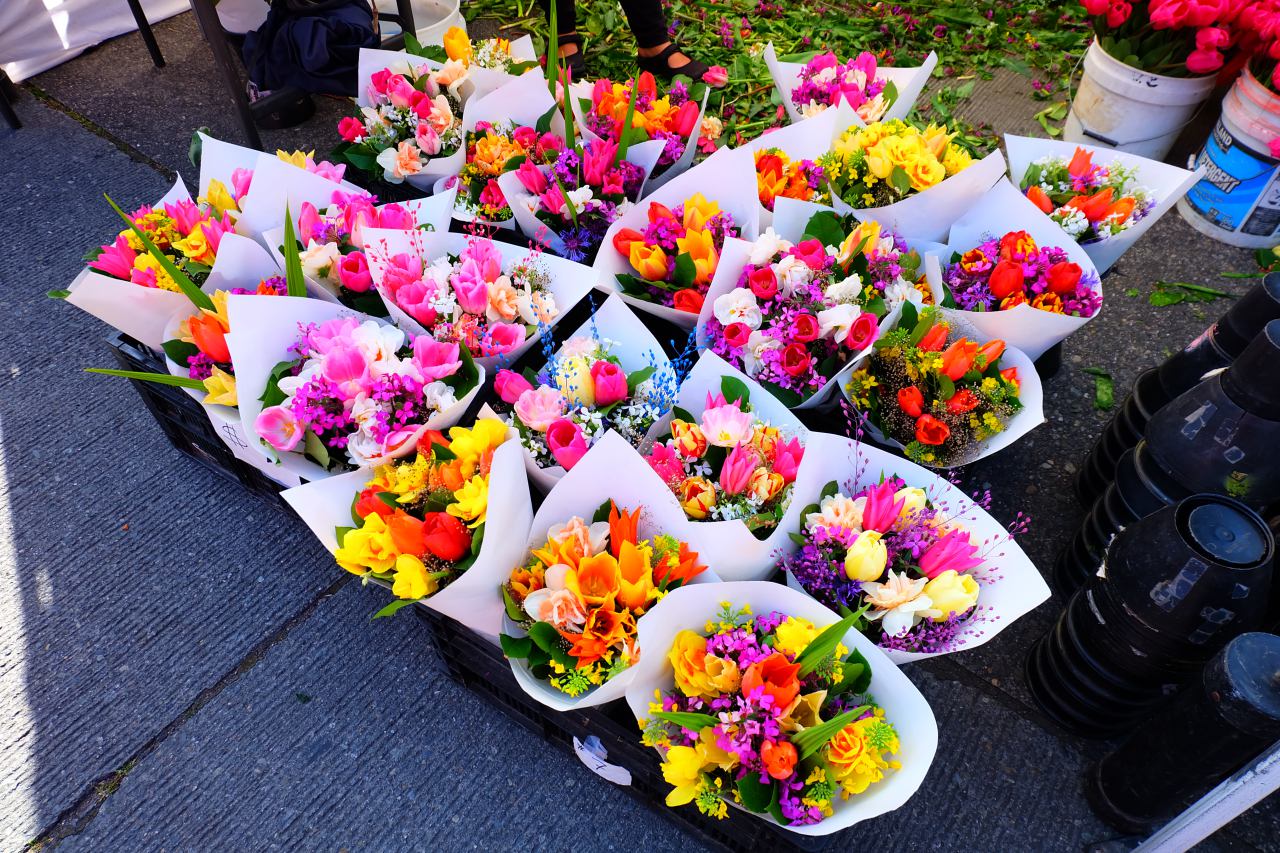 Hope you will enjoy Ballard as much as I did! 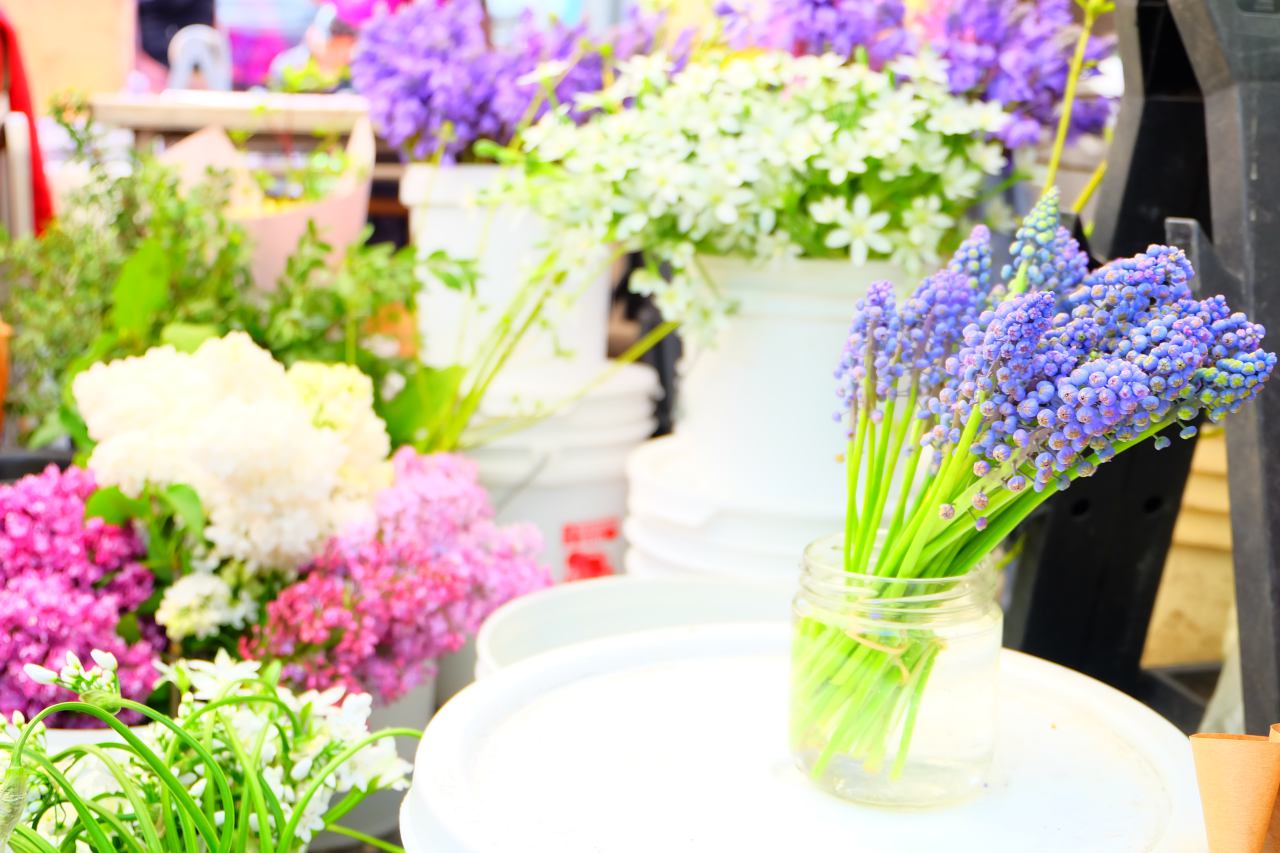 Gas works park can be considered one of the world’s strangest parks. It used to ben the site of the former Seattle Gas Light Company and now it contains remnants of the sole remaining coal gasification plant in the US. 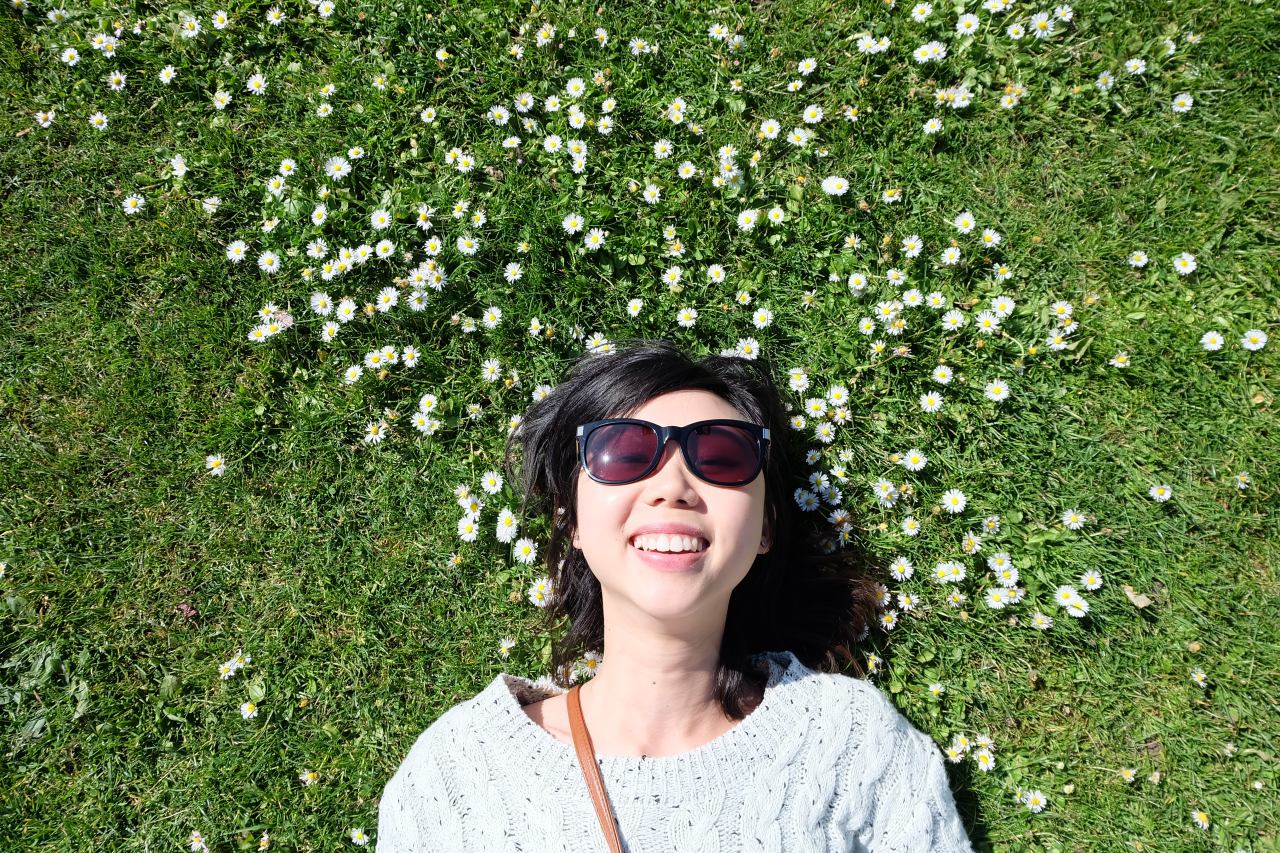 I really love this place because the grass patches of the park has so many daisies! If you’ve time, you can just roll around the patches of daisies or even do a daisy headband. 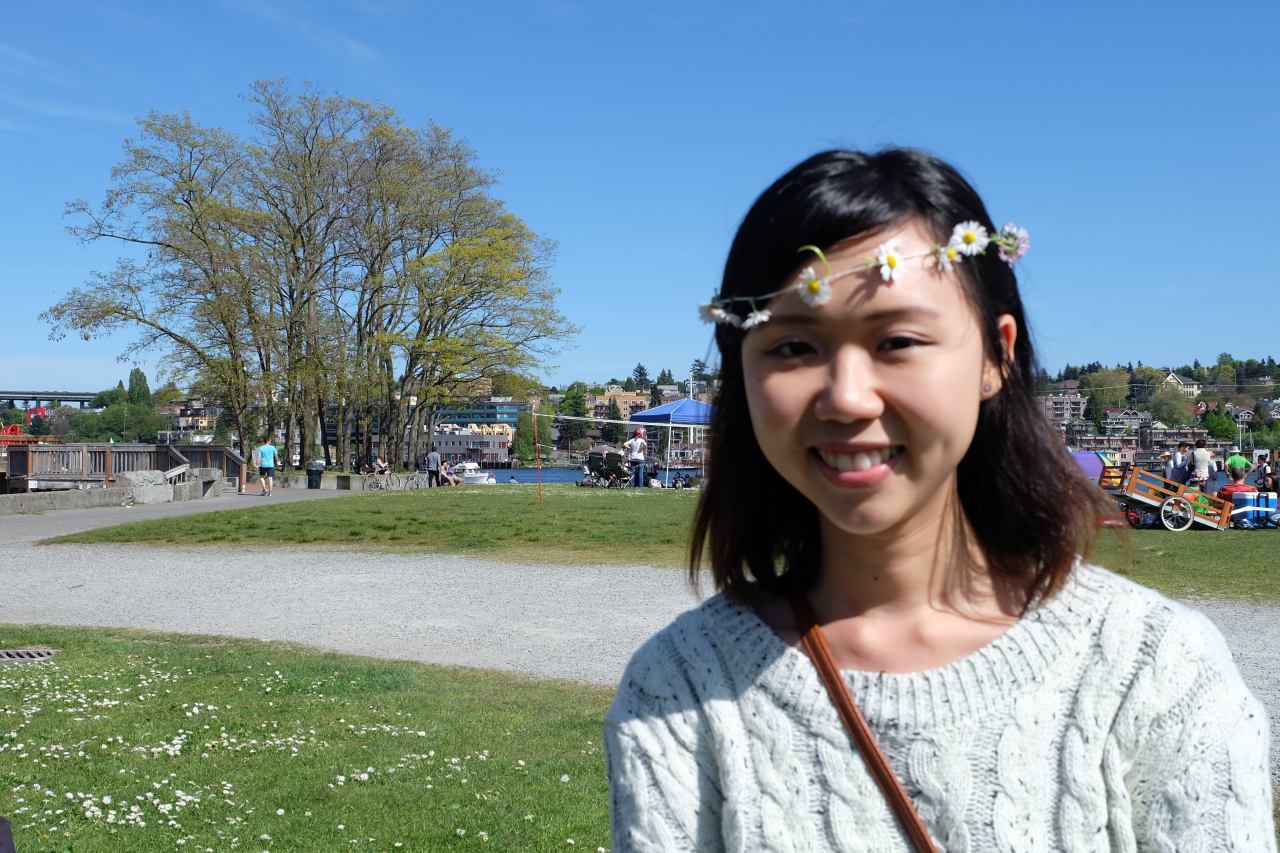 While you’re there, don’t just make it a point to see the West Point Lighthouse. Do check out other places such as the Wolf Tree Nature Trail.

It has a largest collection of native plants in the park. The trail includes two beautiful streams, forested wetlands and some fairly large conifers and big leaf maples. 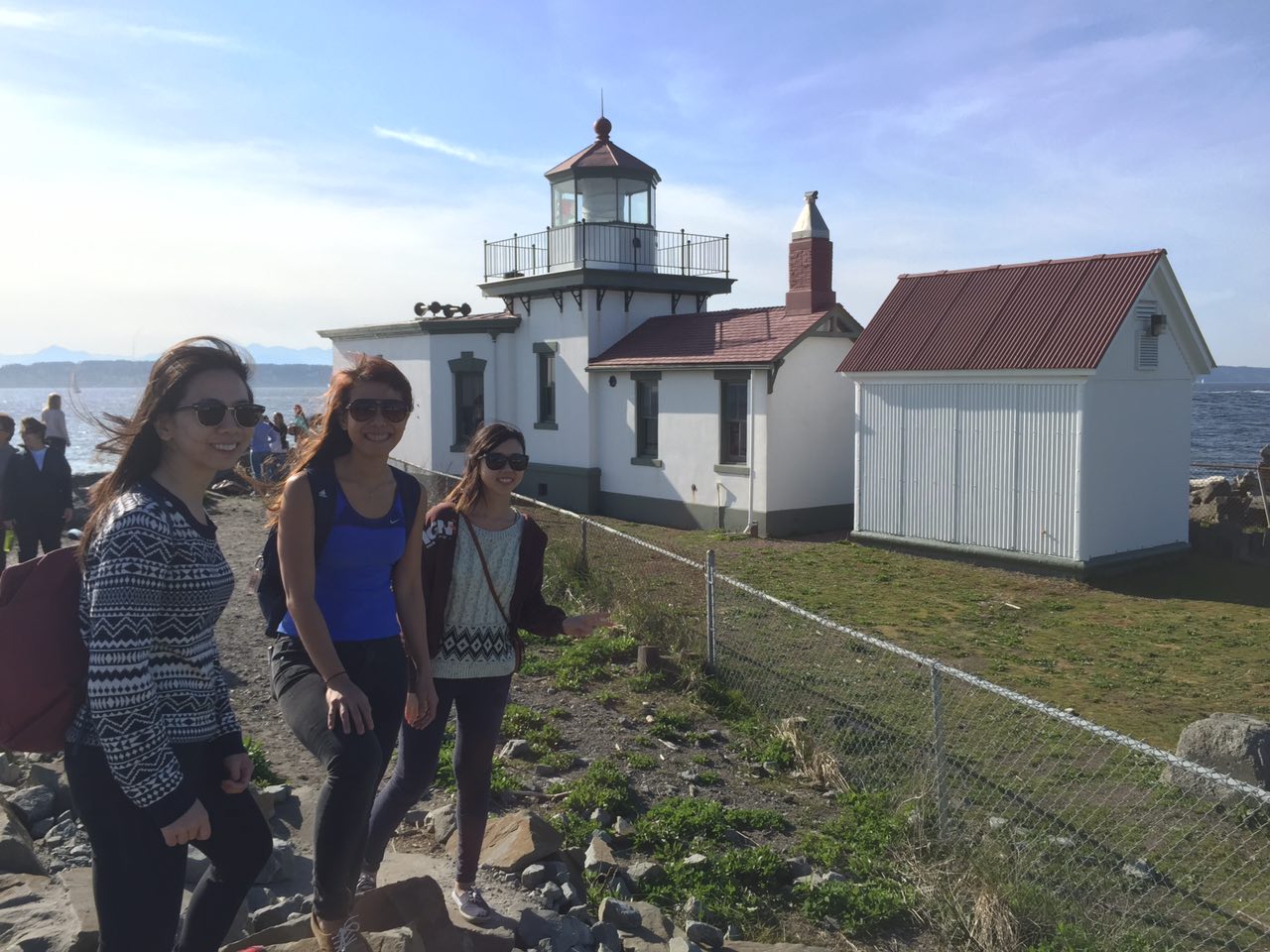 Warning: you’ve to climb up a flight of stairs to reach to the top of the water tower. I was so unfit that I was breathless the moment I reached the top. I guess you can say the sunset at the tower literally took my breathe away. 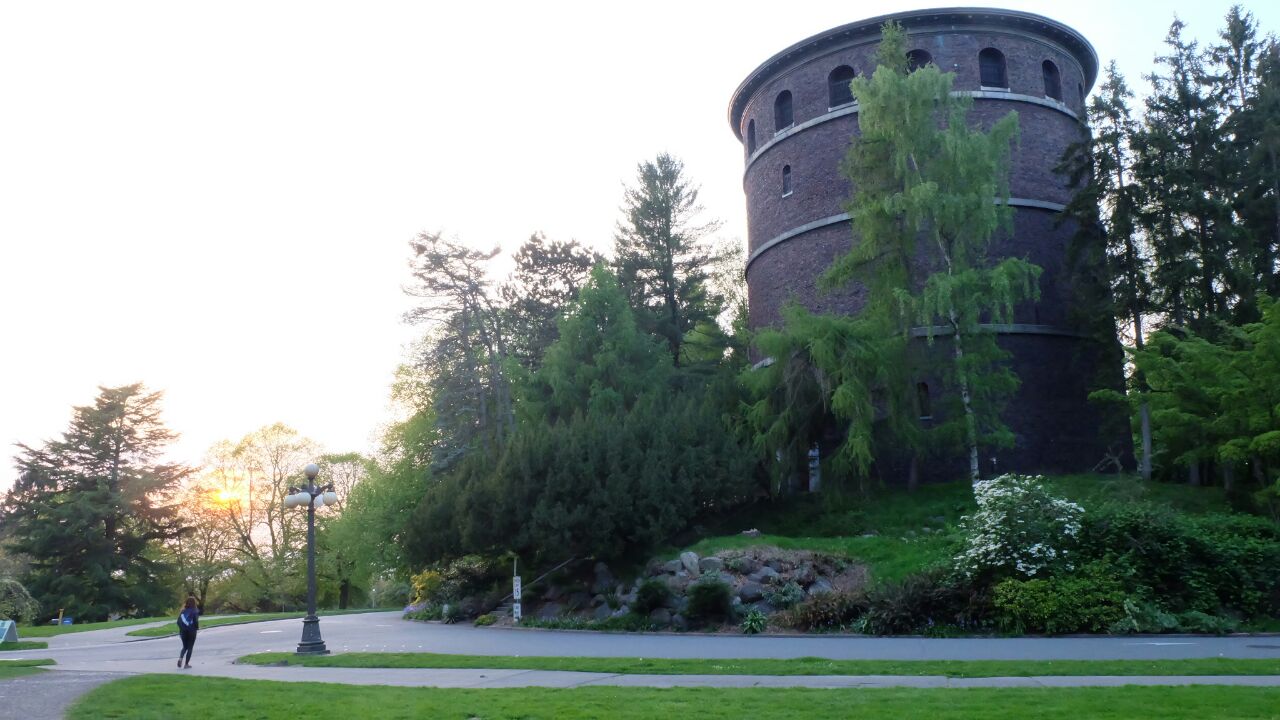 Other than that, everything else was so beautiful! My friends and I played with the dandelions there! 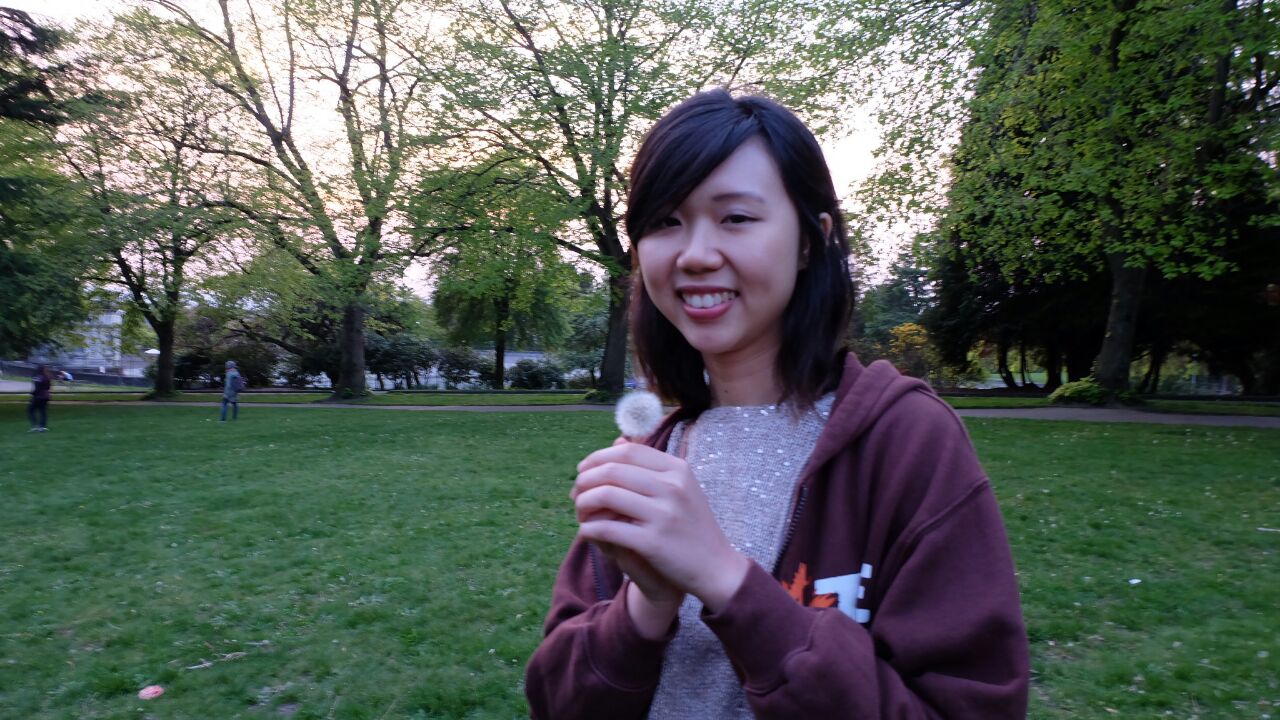 Hope you’ll enjoy Seattle as much as I did!