Warding as a toplaner is important, and can be quite a difficult task because of all of the possible gank paths that exist. If you compare it to midlane, usually, having one ward and playing around the vision it gives you will keep you relatively safe. In botlane the support has a sightstone, and can go warding without missing CS. As a toplaner, vision control is crucial, and can sometimes be a hard task, here are my recommendations on warding.

Now that we’ve got the recommendations covered, let’s see some good ward placements! 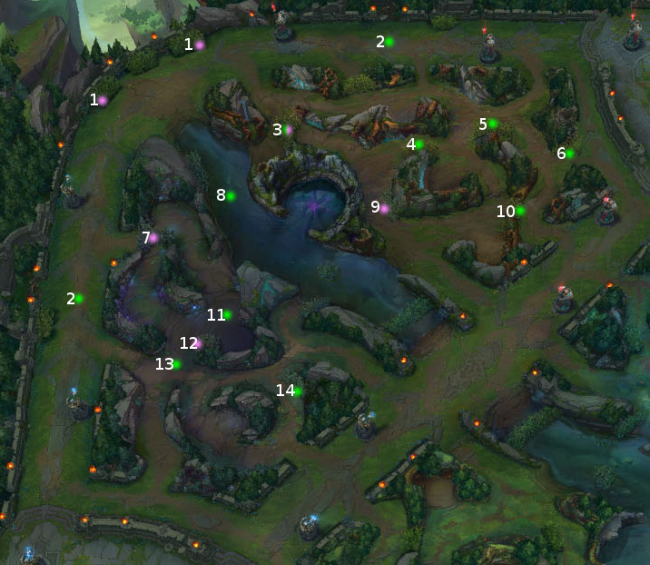 These are in my opinion the best spots to ward. Obviously there is an infinite number of spots you can ward, but usually you shouldn’t ward elsewhere unless it’s to complement vision from one of those wards. An example of this would be warding the banana brush above 14. to complement 13.