This is a quick guide to identify and understand the various wildlife in Evolve. 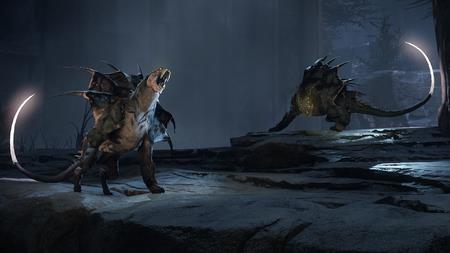 Predatory creatures with powerful attacks. Can be a danger to monster and hunter alike. Their signifying feature is their luminous tail.
Meat- 2
Buff Monster- Climb 50% faster.
Buff Hunter- Jump 400% higher. 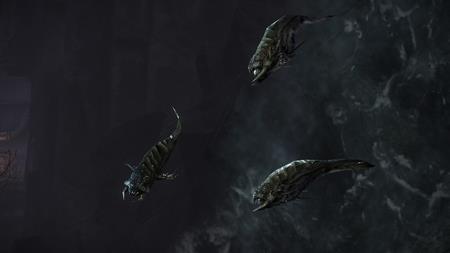 These dangerous water creatures are unlocked by a Monster win on Dam. 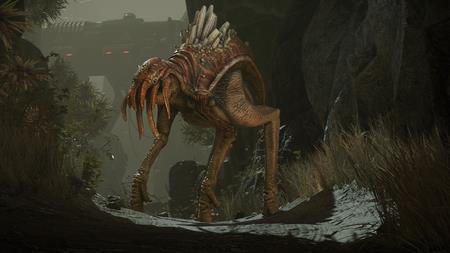 One mean giant camel that will attack anything that gets near.
Meat- 4
Buff Monster- movement ability recharge 50%.
Buff Hunter- Jetpack recharge 200%. 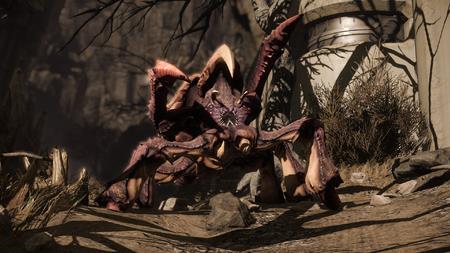 These dangerous giant Beetles are tough and hard hitting. They can incapacite hunters.
Meat- 4 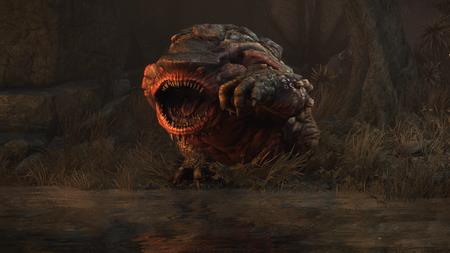 These look like boulders that stick out like sore thumbs in the middle of an area. They are mostly mouth as their name indicates and can incapacitate hunters until death. 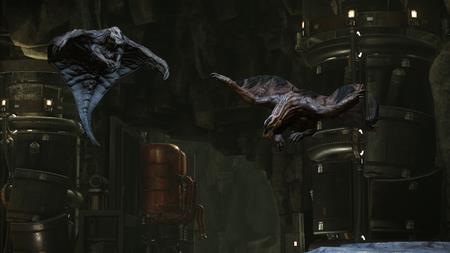 These are flying creatures that are unlocked by a Monster win on the Aviary map. After the win they can appear on all adjacent maps to the Aviary.
Meat- 1 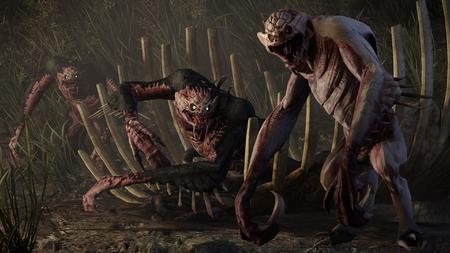 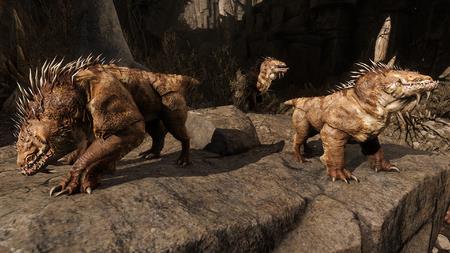 Pack hunters that are much akin to wolves, they have a chance to appear when a lot of bodies are in an area.
Meat- 1 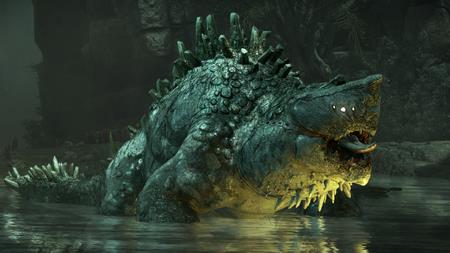 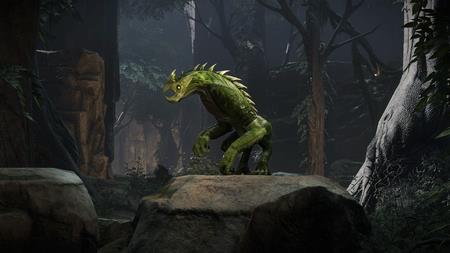 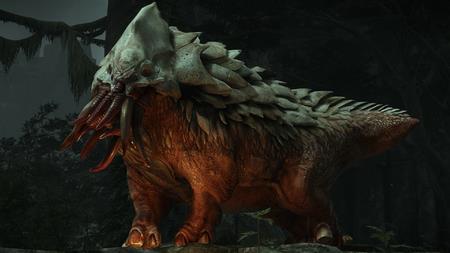 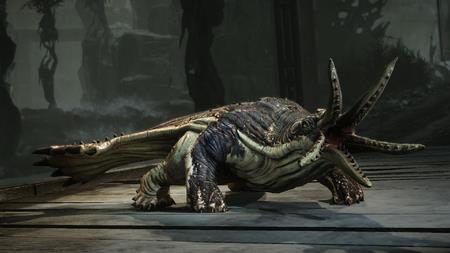 This octopus faced creature can ensnare and damage a hunter.
Meat- 3
Buff Monster- 50% reduction to consumption time.
Buff Hunter- All Wildlife runs away. 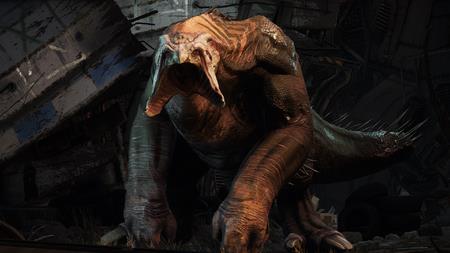 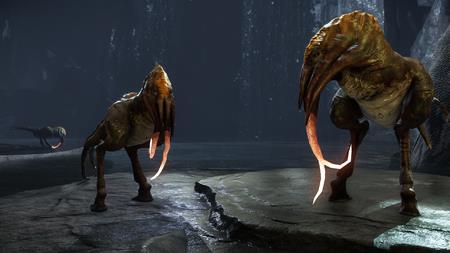 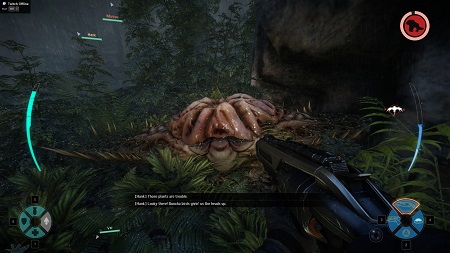 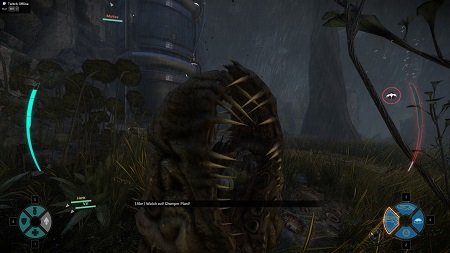 Will trap a hunter and slowly kill them until rescued by another hunter. After the Monster wins the weather control map, mutated versions of the plants can grow and be fed on by the Monster. 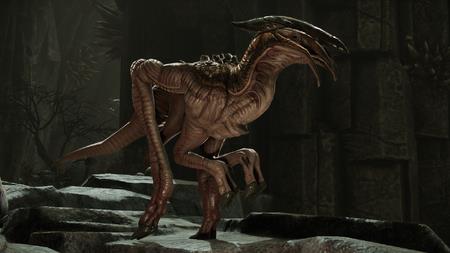 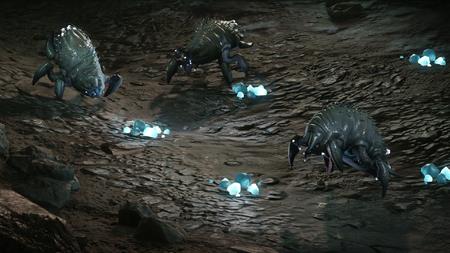 Excretes blue shiny poop that is good for armor and energy.
A.K.A. Blue Poop Machine.
Poop- 1 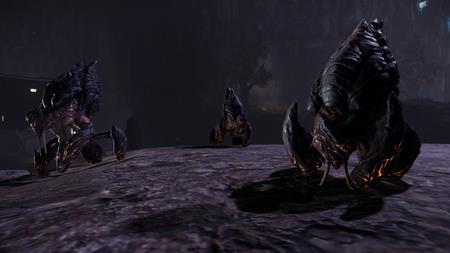 Like a hermit crab it will hide in its shell and be harder to kill.
Meat- 1
Buff Monster- Birds can no longer be startled.
Buff Hunter- 75% ammo/battery increase. 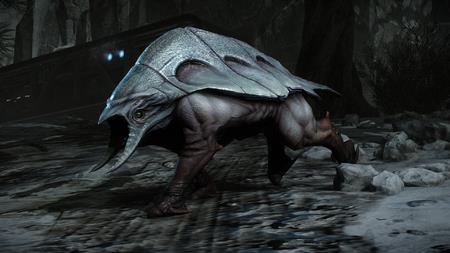 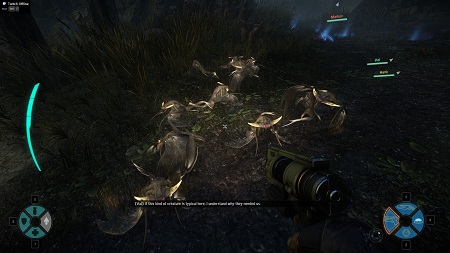 Can be startled by Monster to reveal the location to hunters. 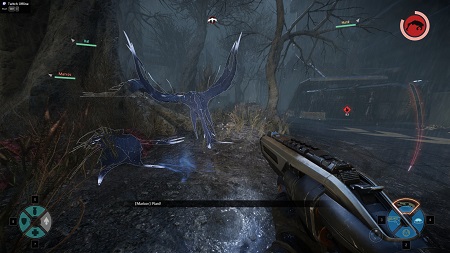 Have a chance to appear over Monster kills. As the monster gets stronger so does the chance. 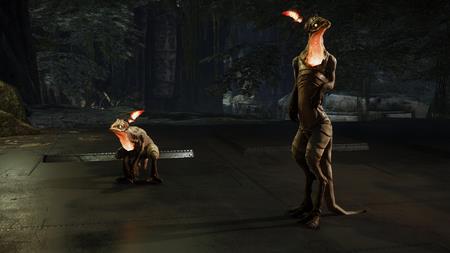