Many of my friends have been asking me where to eat in Seoul. I decided to reflect back on my exchange days. I really hope this series on Korea Food would benefit people, who are traveling to Korea.

First up is an introductio to what are the Top 10 Must-tries in Korea!

You cannot leave korea without barbequing your own pork belly. Honestly, that’s a crime.

There’s a chain called, 마포갈매기, that serves BBQ with free flow eggs. It’s super cheap and value for money! I haven’t seen other Korean BBQ restaurants that does this other than this chain. 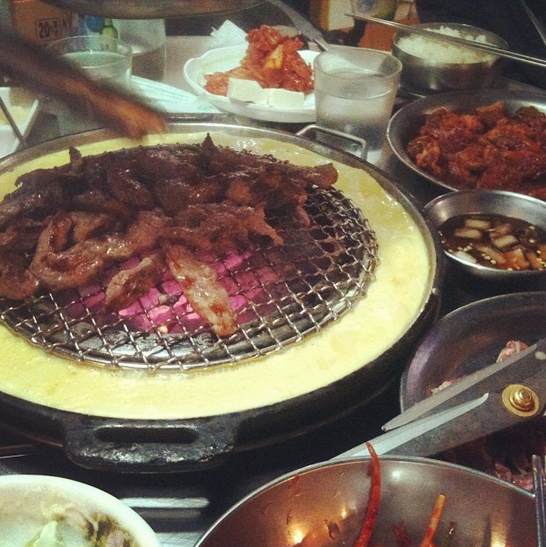 Kimbap can be eaten as a snack or a meal. I personally love the Tonkatsu Kimbap. Why? Because there’s a giant slab of pork cutlet rolled with rice and seaweed! How awesome is that? 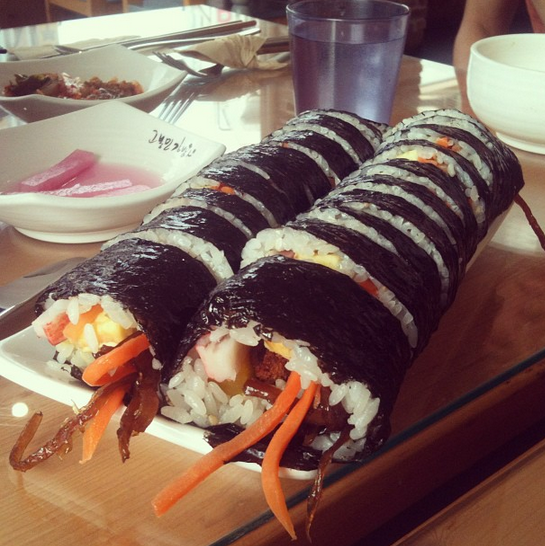 Kimbap can be found everywhere, however, only a few places sell out-of-this-world innovative kimbap. You can try Tomato Kimbab 토마토 김밥 in Seoul and 고봉민 김밥 in Busan.

Jajangmyeon is a common item ordered for food deliveries. In Korean dramas, you always see the actresses eating it during their breakup. Why? There is a jajangmyeon day called Black Day on the April 14th, where it is specially for single people as they did not receive gifts on Valentine’s Day (Feb 14th) or White Day (March 14th). 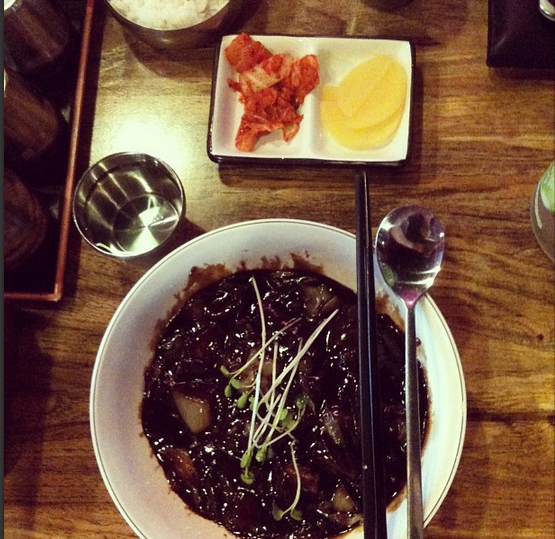 Do try it even if you’re not single. The oldest restaurant that serves jajangmyeon in Seoul is Andongjang (안동장)

I love budaejjigae, also known as Korea’s Army Stew. It’s spicy yet comforting. It’s filling yet cheap because of all the mishmash of ramyun (korea’s instant noodles) and canned meats. Some people might turn up their noses because of all the processed food. However, I really love how this dish originated. During the war times, Korea soldiers had limited food to keep them from feeling hungry. They would throw in gochujang (red chili paste), kimchi, noodles, all sorts of food they had with them. This is how army stew got its name. 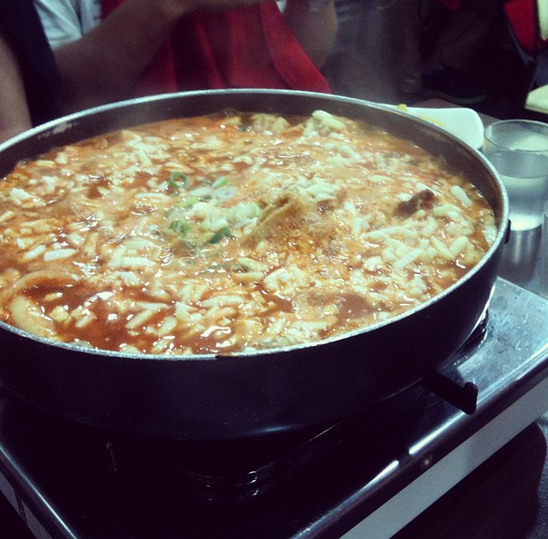 Bibimbap is a signature korean dish. It literally means mixed rice and is a super healthy dish filled with vegetables, rice and sometimes meat. 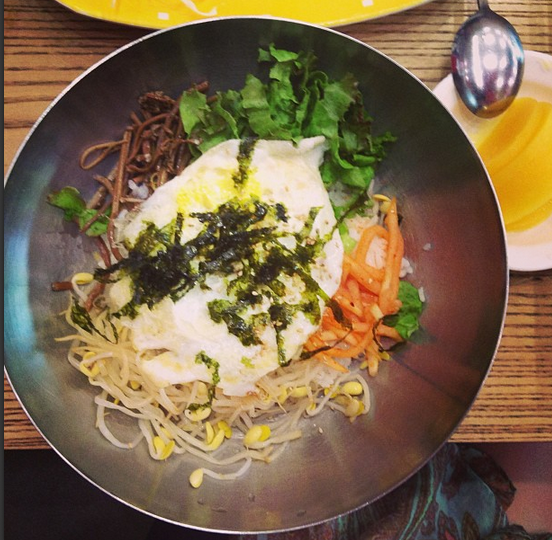 One of the best and value-for-money bibimbap places is called 알촌 Alchon (고려대점). I love the Jiajiang fish roe bibimbap.

I really love Korean fried chicken. You can get those boneless ones at the road side stores or the whole chicken at Two Two Chicken. I found the best ones in one of those hole in the stores called Thank You Mom Chicken(땡큐맘 치킨) near Seoul National University. 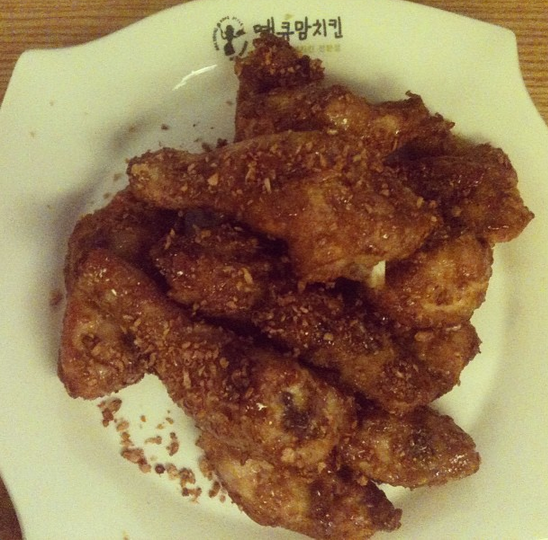 If you love chicken and noodles, you will love jjimdak for sure. There are 2 popular places that serve this dish. They’re called Andong Jjimdak and Bongchu Jjimdak. 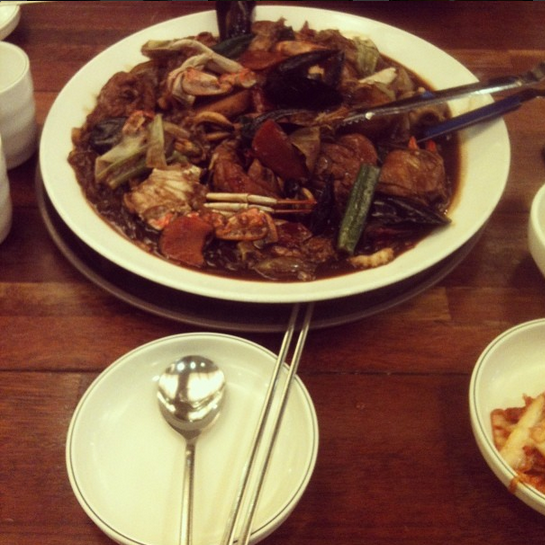 I personally prefer the latter, 봉추(鳳雛)찜닭 because they have this crispy fried rice that is serve with it. It elevates the dish to a whole new level.

My Korean friend once told me, “do you know how Koreans get their good skin? It’s because we eat a lot of jokpal.” The Koreans believe that the benefits of natural collagen from the pig’s feet will give them beautiful lips and skin the next day. 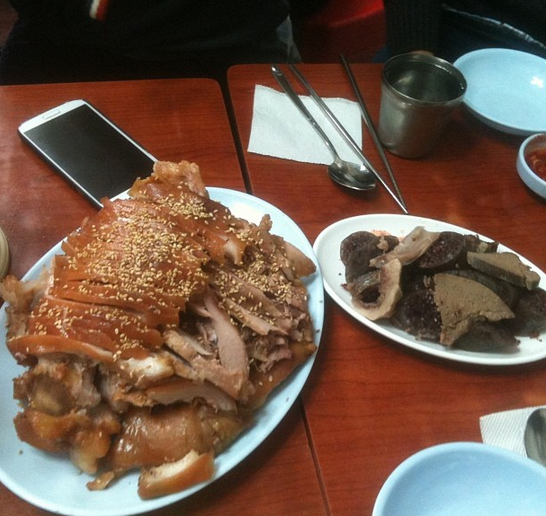 They love it so much, there’s an entire market dedicated to selling jokpal! It’s located near Gongdeok Station.

Dwaeji galbi (돼지갈비) is an interactive concept, it allows you to cook the food before eating it. It’s especially fun if you love cooking. 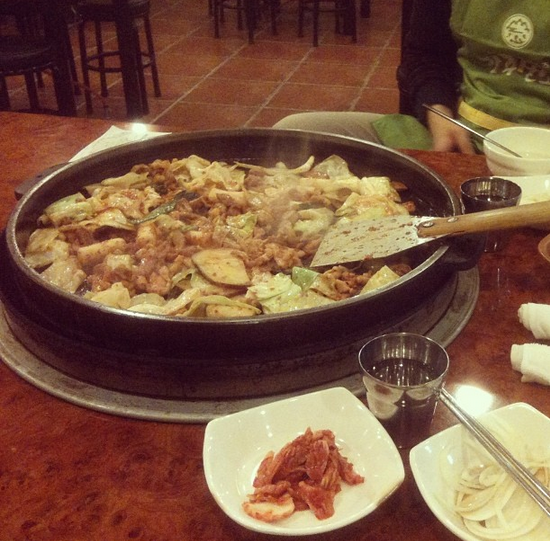 The Koreans love to eat ½ or ¾ of the chickens before asking the waiter/waitresses to add in rice in order to fry the remaining meats with rice. This is my personal favourite part of the meal because of the crispy rice.

After all that mains, how about some traditional Korean dessert?

There are so many places that serve patbingsu. I will do another blog posts on that. But my personal favourite in Seoul is called 호밀밭. It’s a little cottage hut in Sinchon and they serve super simple patbingsu and yet it is so good! 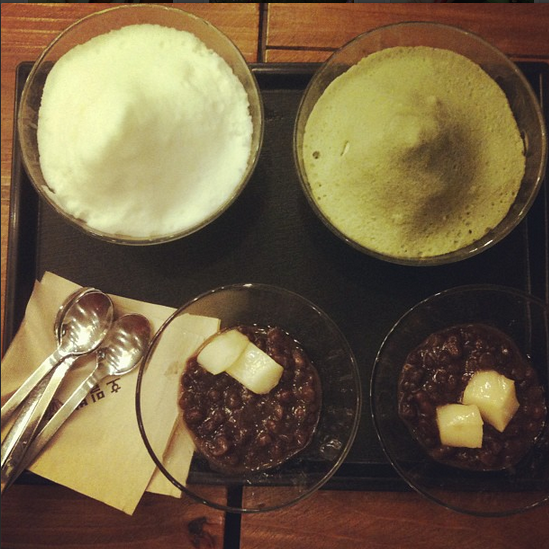 Hope that whoever that goes to Korea would fall in love with its cuisine! Because I did and I can’t wait to go back for more!