A nice summary of how to lead your fireteam through the raid cheese-free based on countless raids with my own friends as well as plenty of experience helping other people on LFG or elsewhere. If executed well you can lead a ~25 minute Crota’s End run from start to finish including all chests. This guide does not go over very basic raid mechanics and is tailored to the guardian who has a little experience and wants to lead his/her team through a clean run. I lead this three times back to back at the reset every week.

The lamps section is all about coordination and staying together. Everyone is in the same group. 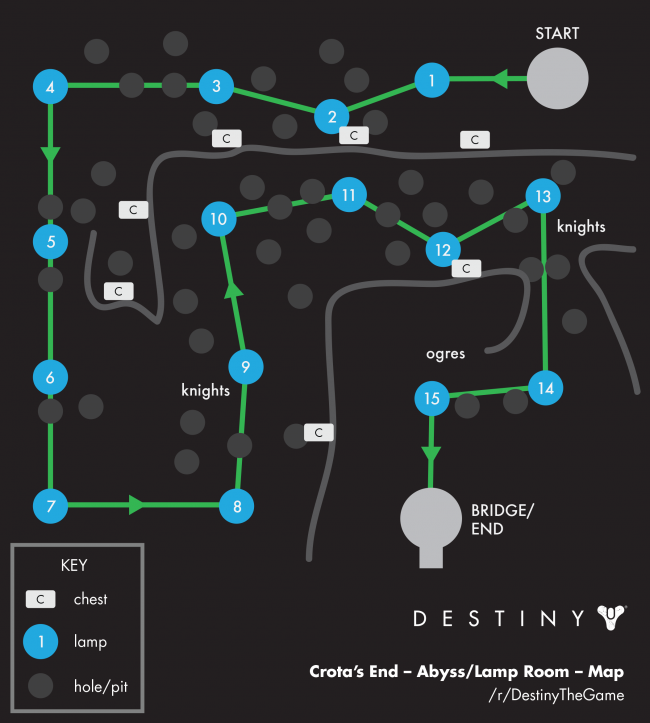 The gatekeepers section is all about execution and leadership by the raid leader. There are four teams to start in this section:

Once you call out gamertags and everyone understands their role, you should call out/guide the following sequence of actions: 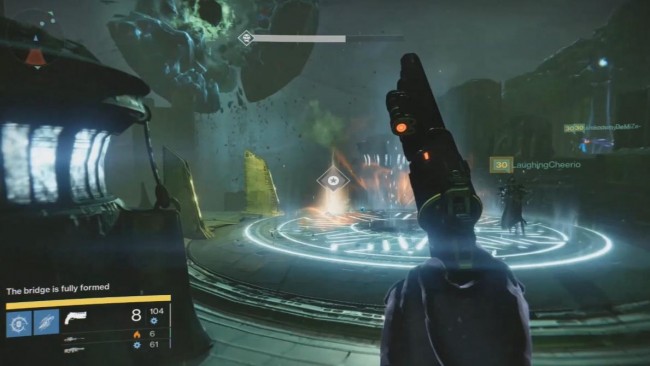 The thrall hallway section is about teamwork and speed. It’s over in less than 30 seconds. There are two teams for this fight in order to get the materials chest:

After you’ve decided who is who, group everyone up. Some teams wipe before attempting this fight to “reset the timer” and some just run in there — up to you. Then:

Some teams switch to other characters while they have the chest open if they aren’t confident they can run this successfully again. Up to you. You’ll need to keep someone in the room in-game while other players fly in and are revived by another player way back at the bridges section. 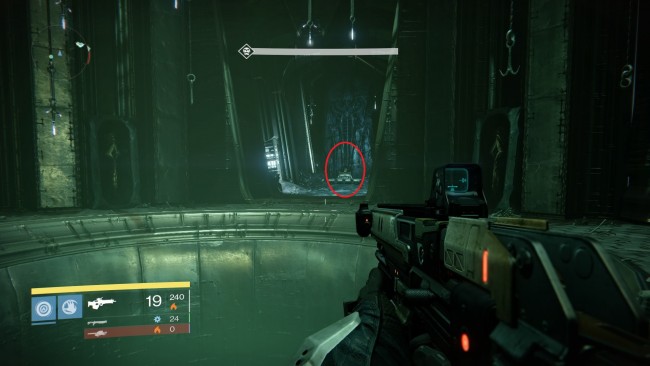 The deathsinger section is about pure DPS. Powerful weapons and a solid team are the key for this one. There are two teams for this fight which should be equally balanced:

It’s simplest to visually form these teams by walking to the side of the room corresponding to the side you’re going to do. After you’ve decided who is going to which side and called out gamertags, have a guardian with solar grenades or any AoE grenade lure the wizards out by walking forward and throwing a grenade just to the side of the summoning crystal and beneath the wizards on both sides. Splash damage hits them and you’ll get hit markers if you did it right. 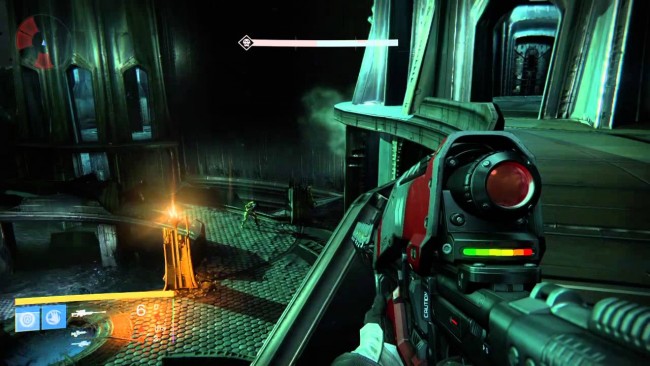 Crota is all about execution, teamwork and DPS. This can be one of the quickest sections if done well but also has the most complicated sequence of events and can be miserable if executed poorly. There are three teams for this section:

Divide your team up visually into left side and right side for the initial mob clear by standing on the side of the room you will clear. Swordbearer is always on the left so he/she can run to get the chalice right after clearing out enemies. Decide who has powerful sniper rifles and assign boomer duty. When you’ve decided roles:

If you don’t kill Crota at the end of this sword run: 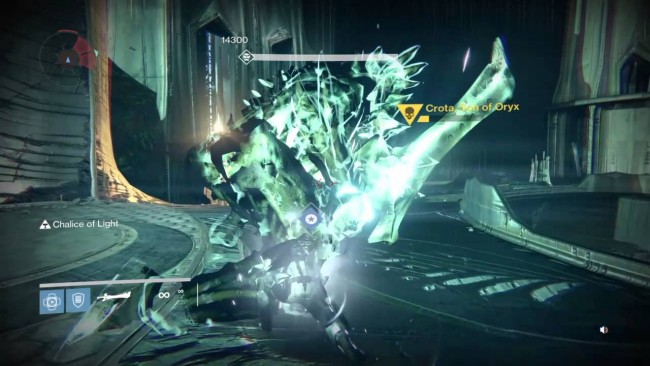