I don’t see a lot of people playing Soraka, and it also seems like Riot is planning to buff her in the future (Heal range and Starcall’s landing speed), so I guess people have an impression that she’s decent at best, when in reality she’s borderline overpowered. So I just wanted to write up a quick guide how I play her for you guys to bring into your games.

I resort to the old school style of runes and support so that I can start the game with a Doran’s Shield, which is an incredible starting item for Soraka with my play style.

I can see an argument being made to just run 0/9/21, picking up Bandit and the 5% out of combat movespeed but I get by without them. Also, my play style is very passive in lane, maxing heal and letting the ADC doing the trading and healing him up. Auto attack harassing is very viable in certain lane match ups, but in any where you’ll take damage back, I don’t want to lose that health when it’s better spent healing the ADC.

Generally I’ll start level 1 off with Heal, so that I can heal the jungler a bit to give him a better/safer clear, Heal is also good if a level 1 trade doesn’t go that well, we’ll end up coming out ahead. I recommend you sit on your point to see if any invades are happening, Soraka’s AoE silence is usually preferable and can win level 1’s, but Heal could as well, this is all situational and you’ll have to make decisions on the fly.

I max her Heal first, Starcall second and the AoE silence last, obviously taking points into your ult at 6/11/16.

First item is a Sightstone, followed by regular boots, and 1x Rejuvination Bead. Generally I save up the 1,000 gold next for Giant’s Belt, and finish the Warmog’s. Depending on how well I’m doing and how much gold I have, I might get the CDR boots before finishing Warmog’s, or immediately after. Next I buy Aether Wisp for the movement speed, then look to finish Twin Shadows. This item is nice on Soraka because she doesn’t have a huge amount of peel or catch potential in her kit, this adds some while also giving her much needed movespeed and the AP helps with heals.

When going for your 5th item, you need to look at the team comp and see how badly a Mikael’s is needed, there are situations where I’d buy it earlier, perhaps after Warmog’s, but that is situational. There are plenty of games that end before I ever even finish it, sometimes I’ll go for the Deathcap for the burst of AP to make heals more potent.

Play slightly behind your ADC, but not so far back that the enemy is always in his face. Let him do most of the work and keep his health topped off. Try to avoid taking damage yourself as you’ll be able to heal him more efficiently with that HP, rather than losing it while trying to harass with an auto attack. Don’t spam Starcall, use it sparingly to regain health if you’re a little low.

Soraka relies on teammates staying alive in the fight to deal and take damage more than any champion in the game. If your teammates die and you’re left alone, you’re going down next. Obviously Heal whoever is the focus of the enemy team, and use your AoE silence to try and protect them, placing it in the direction the enemy wants to move since it creates a root if they stay in it. If the enemy is chasing your team down, use it as cover to retreat, if you’re chasing them down, use it in front of them.

The silence is best chained with other CC if possible, if a teammates stuns or roots an enemy, immediately drop it so that when their CC wears out, you’ll root the enemy, as your root is about to wear off, drop a Starcall directly on them to apply a slow.

The silence is also incredible versus certain champions, since it is an immediate silence. If you see a Vi charging up her dash, drop your silence to interrupt it (And I believe put it on CD). Enemy has a Katarina? Save the silence for her ult, if you’re quick enough it’ll do minimal damage and she won’t be able to get out.

Use your ult liberally but don’t waste it just to get one assist if you know your teammate is going to be fine. Generally you shouldn’t wait too long to use it, your teammate may either forget that it’s available to them, think you’re not paying attention and then back out of a fight that they would have won with your ult. If I see a teammate all-in someone, and they’re about to be under half HP, I’ll pop the ult for the assist and to give them the confidence to finish off the kill.

If one teammate gets caught out and you’re completely certain the ult won’t save them, don’t waste it. Use your best judgement, making these choices will come naturally over time. Lastly, you need to have very good map awareness as Soraka, be looking at the minimap constantly, ping out the enemy jungler or anyone roaming that is a threat.

Supports usually have enough free time to act as a team’s shot caller, learn to take in the information on the map and make calls for your team, if you see the enemy jungler is top lane ganking, calls yours to come take dragon. Use the ‘Assist Me’ ping, and quickly type out to them that you can heal them up if their health is <75%. Many players aren’t familiar with how quickly Soraka can top them off, so you need to be in control, but it’s also not important to sound bossy/annoying or your teammates will ignore you and any call you try to make. Generally, I’ll ‘double ping’ an objective followed up with typing any info I need to give (Ping, Ping, lets drag enemy jungler is top I can heal), I find it to be effective at getting people’s attention without being annoying.

I typed way more than I expected to, but I hope this was helpful to anyone interested in playing her. If you have questions or comments, I’m happy to address them. I do not have a ton of games played on her, but I’m having a lot of success with her in my Diamond games and plan to play a lot more, often receiving ‘Soraka OP’ comments and frustrating remarks from my enemies. 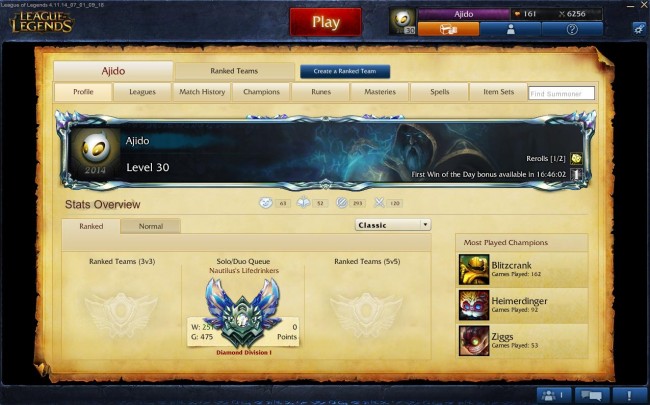 Though I’m in D2 promo at the moment, I took a long break and came back really rusty, but I was D1 in seasons 3 and 4. Thanks for reading! <3