So there is a lot of threads popping up about bots and rather their worthless or NAWW. Welcome to Spythe’s 101 Bot guide. Here is a few ways you can keep your bots from driving you nuts(pun intended) or pulling packs in instances/raids.

Shoutout to Dartos for pointing this out 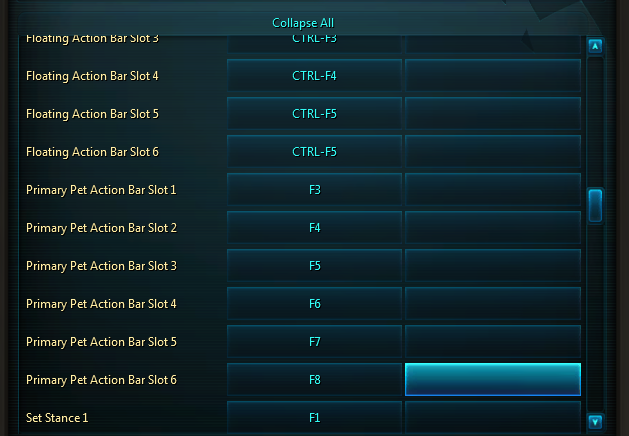 Alright now that is out of the way, actually important Primary pet Action Bar Slots to keybind.

Primary Pet Action Bar 1 = Attack, this commands makes your bot attack whatever you have targeted. Honestly not that important.

Primary Pet Action Bar 2 = Stops/Return, this command makes your bot stop and come to you… who would of guessed? Fairly sure this is the only one you actually need to keybind. But with the LAS go for broke imo

Primary Pet Action Bar 3 = Dismiss, this command instantly dismisses your bot no matter where it is and triggers the 15 second cooldown. Great for when your bot bugs but I pretty sure the PPAB 2 would automatically force your bot to come to you BUT haven’t tested it yet

Primary Pet Action Bar 4 = Moves, this pops up the mouse cursor icon and you can place your bots where ever you wan them. This command is ok but once you place the bots they won’t move until you attack something(and they have to get in range) or do another command. I would suggest using stop whenever you wanted to move them to you. And move if you want to do some tricky bot stuff. More on this later, possible 102 course.

Now 3 and 4 should be the other other way around but whatever, Carbine does what it wants. I haven’t found out what 5 and 6 actually do but guessing they change what passive “Stance” the bot is it. Maybe someone will know in the replies later.