So many of us have been wondering whether companions and their expensive upgrades justify the cost.  Then there’s a question of which one and how much.

Here’s some info based on ACT parse- bear in mind sample size is low, take the damage and % damage with a grain of salt because it is dependent on how often your crit/or are critted against.  Pets doing same damage on a low DPS class will seem more powerful than a high DPS one of course.  Feel free to add your experiences below.  I’ll try to add some screenshots later.

All upgrades are progressive, companions must reach their highest level before the quality can be upgraded.

For reference, every 1000 points in power adds around 3% to your damage (based on DC, haven’t check on other classes).  It’s your call to go for a stat boosting pet over another one depending on what you need.

On critical hit: foes nearby target will bleed for level based damage every 2 seconds for 10 seconds. 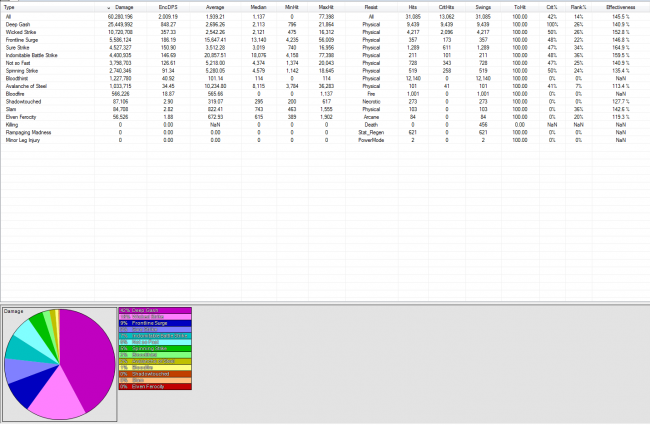 3% chance to have lightning strike target, people have said the damage is based on weapon damage.

When suffering a critical hit, does fire damage to nearby enemies.