This is my real guide to Battle Mage. I was already considering to do this but I was lazy. Battle Mage is a great class to use overall. She can be used in Meh 1v1s, but in 2v2s and 3v3s she is great. BM has a very simple concept but there’s a lot of things you need to know to be that 1% above many other BMs in the game. This is how I try to show I’m in that 1% category.

In this guide I will be teaching you movement on Battle Mage and some areas that can be well used. But a BM that’s constantly moving seems like the best to me.
I encourage you to build on the information I teach you, challenge yourself, stand out, and ask as many questions as possible. If you don’t feel comfortable presenting yourself on the forums, prefer a more personal conversation, or just want to work one on one with me, feel free to contact me through any of these:

Now for the good stuff. . .(Stolen from TofuTasty)

Fire Bust: This is the 1st MP bar on the Black magic side and can be used in many different ways.
This skill inflicts a lot of damage. It can be well used while the enemy is in the air. It’s because this skill tends to pull in enemies that are close to it. When they are sucked in they would get the full damage and would be knocked down (b’-‘)b

This is one of the only skills that BM has that can be used as a no delay skill because of this, this is the skill I prefer to use the MOST. No delay is where the skill is used almost immediately and this would cause enemies are that in range of it get the full damage inflicted upon them and you can grab after and surrounding enemies to be frozen which enables you to grab them. To no delay you press Z then quickly press A but an enemy has to be in front of you.This also make your 1st bar pretty much uncounterable they will counter but after they take the full damage.

Shockwave Force: This is a 2nd bar attack that can allow you to attack from all directions.
This skill gives you range from all directions. This is used when someone is on top of you on the platforms/or just on top of you and for when someone is charging you from behind. This covers you and after the 2nd bar it gives you an opportunity to grab them.

Deep Impact: This is a 3rd bar attack that allows you to spawn.
This is mostly used for when the enemy has spawned. This can automatically kill people if hit directly. Don’t always rely on this skill to kill even if it’s a 3 v 3 purely because there are parts of the map that allows them to survive through it or a DA can just hummer through it. But this would cause them to go into a corner.Sometimes people might try to come and grab you to avoid it just grab them because the delay from Deep Impact would allow you to. Once you grab them most likely from the meteor’s after effect it would knock them back up so you grab them again.

Ice Ball: This is a 1st bar attack that allows you to freeze enemies.
This has many uses that would help teammates. This would freeze your enemies allowing you to implement your combos, grab etc. This would also allow your teammates to go and target that person.

Freezing Spear: This is a 2nd bar attack that hits your opponent high into the sky and it can allow you to use your Fire Bust to cause more damage and other combos. (Be creative).
This is used to hit opponents that are in front of you. It has a decent sized range in front of it.

Air Blast: This is a 3rd bar attack.
You should only use them if you have a general idea where the opponent is and it has a range of across the map.

The End (Not really The End): The worse 4th bar in the game.
This should NEVER be used. This is worse than Deep Impact LOL. Enemies can literally just walk around to dodge it. 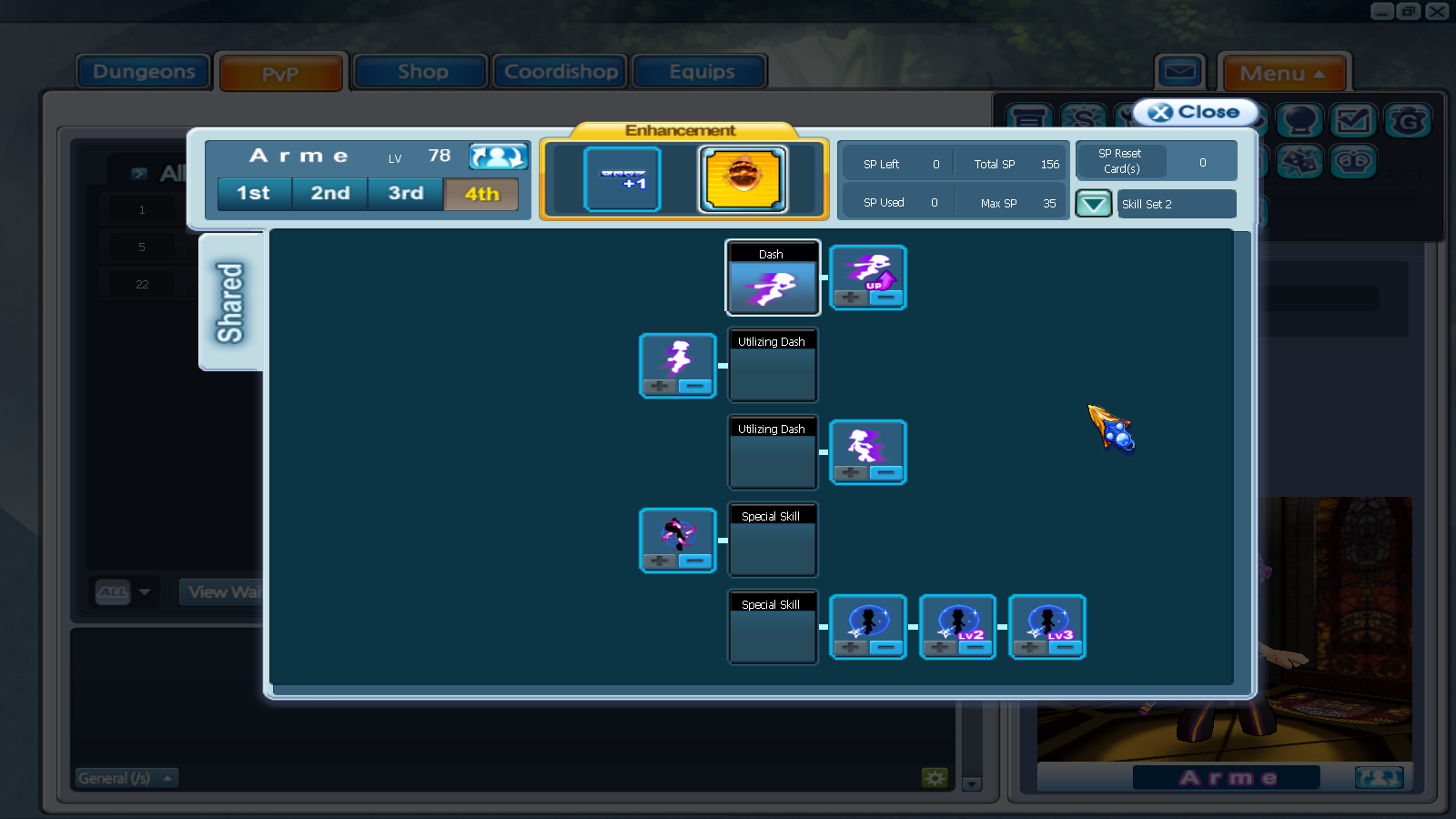 Battle Mage Otto: This is possibly your most important technical skill that you will need. This adds pressure to people who are under you. To do this you will need to press ↑ ↓ Z ↓ ↓ Z repeat. For a simple version ↑ ↓ Z ↓ repeat. Also be sure to time your ↓ Zs so that it’ll use a FB whenever you touch the platform. BM Otto seems to be the most effective in these areas. 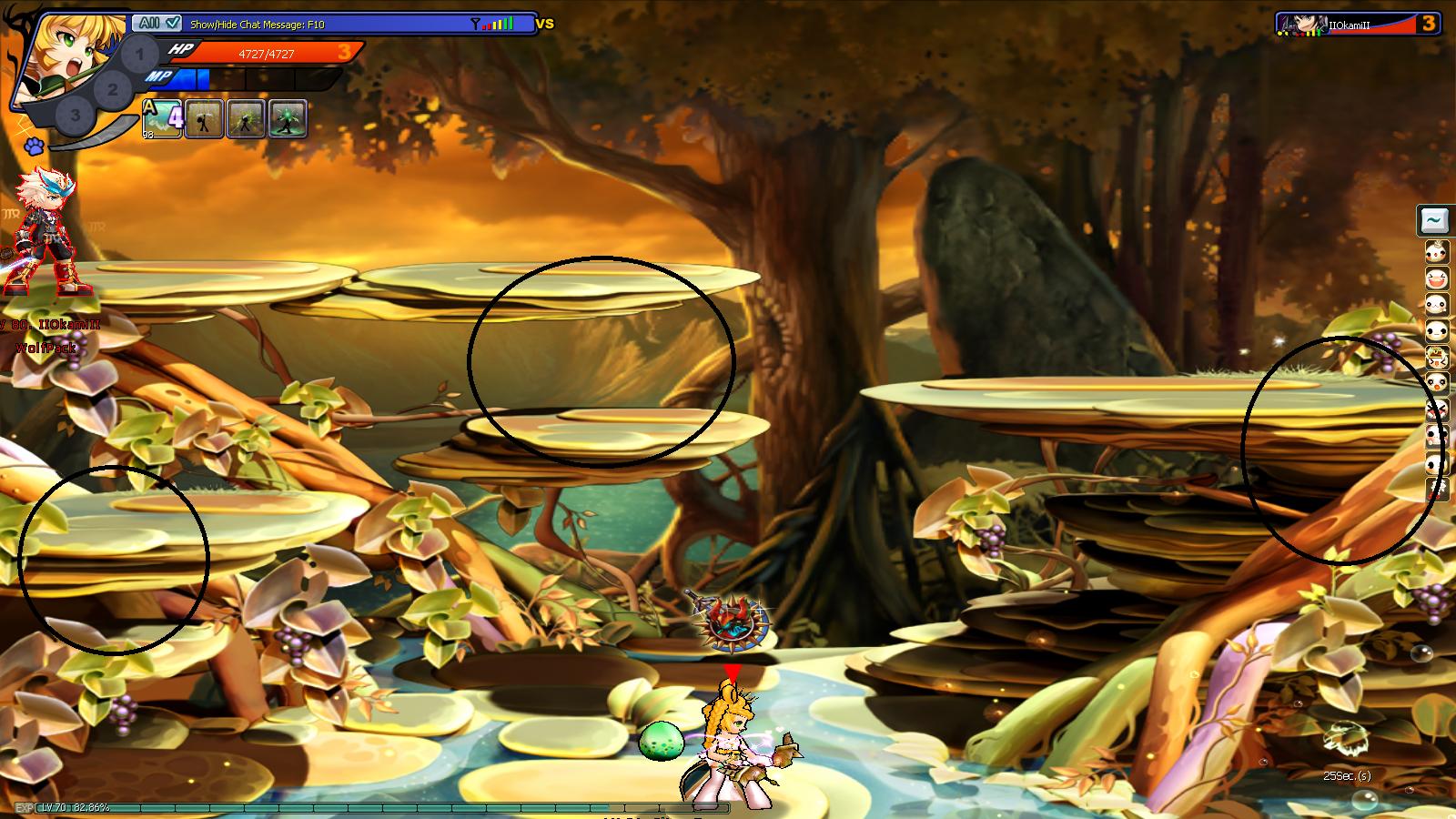 No ST Vertical Dash: This is useful for many things that include giving you invincibility frames while falling and other stuff like Back Spelling. In order to do this you will need to Hold → Then press ← (← ↓) If keys are in parenthesis it means it’s together.

Back Spell: This applies to Alchemist and to Battle Mage Exclusively for their ice shield or backwards bomb. But with Vertical Dash you can use it on any job. Backspell is where you slide off a platform and skill. There’s two different locations I know of and then there’s two different ways on how to backspell. There is one variation where you would use the no ST vertical Dash and one would use the Ice Shield. Once you are close to the edge using Ice Shield or the Vertical Dash press A, S, or D. Usually use them while you are near a corner. You can also backspell with just a simple dash to a corner but you have to be on top of that plat and dashing down to the corner of the plat for it to work.

This can be used with all the skills even though when I demonstrated it with Fire Bust. This is good for when you just got on top of that plat and you want to get around while trying to inflict damage. This also works great if you were using Ice Ball to freeze you would get a free grab.

While people are on the ground you can use freezing spear to clear out the whole bottom floor because of it’s range(Look at Gif). Or you could use any skill. For that location I usually use Deep Impact or Freezing spear. Deep Impact’s meteors would land on the ground even though you backspelled off from that platform. As you can see in the Gif the animation of Ice Spear didn’t hit him but the floor did. This is because the area that’s affected is moved with your character.

This is another area that can be used as a back spell opportunity. I don’t use it much to be honest but it could be a part of a movement such as if you wanted to move down quicker or if someone is coming at you from the bottom easy way to avoid and possibly destroy his face.

Demonstrating that this also works with any other job. As you can see there’s a bomb placed in mid air at that strategic location. Many people love to run there and camp but when they run into that floating bomb Gg.

A quick way to attack someone from the bottom. Also a good way to get to the bottom if there’s a striker all up in your grill. It also gives you invincibility while falling rather than just falling and there’s a possibility to destroy someone’s face hole.

Another demonstration that shows that it works with other classes not just BM.