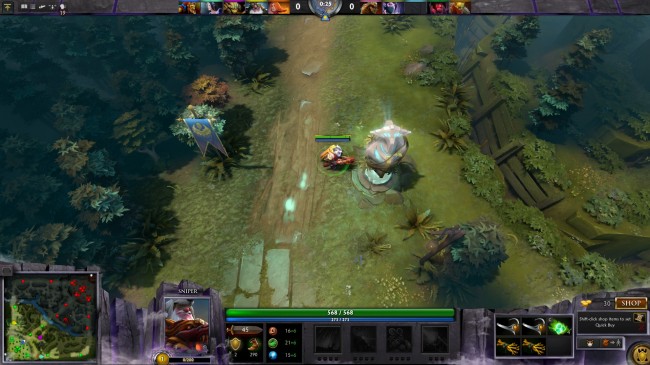 Doesn’t seem that bad actually compared to most of the other builds, but it is still pretty terrible.

2 circlets are pointless unless you want 2 wraith bands for some reason. A lot of players seem to love RoA so 1 will do and you will eventually build into your RoA from it while gaining some nice stats.

As an offlaner it is important to have ample regen. I’m no offlane Sniper expert but lets assume that Sniper will be taking some damage.

A great way to fix this build would be to replace a circlet with a healing salve, providing a lot of good regen for your laning. +2 to all attributes seems nice, but this is an item that you will probably be selling to clear slots and regen will be better for your lane.

Can you guess how this lane turned out for Sniper? He died numerous times to the enemy. Perhaps if he had more regen he could have played as greedily as he did.

Sand King has decided to pick up wards! Kudos to him! However he will soon find that he has run out of regen if he decides to help bot lane at all. Now people somewhat higher level know that Sand King should probably be stacking camps and farming them with level 3 Sandstorm or stacking simply for his Batrider but this will not be the case.

Our SK will be pulling for bot lane! What a player! This also means that his gauntlets of strength are quite useless! This player probably should have considered a clarity or 2 perhaps, a salve, or maybe even… gasp… smoke of deceit!

As a support there are generally better items to build besides stats with your starting gold. However, the next 2 builds you are about to see make Sand King look like a Dota 2 god. 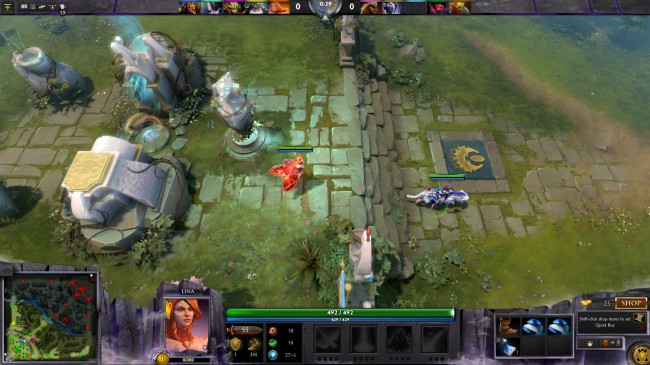 (Our next 2 heroes seem to have been fighting over last hits bottom in some sort of trilane with Sand King pulling and ganking occasionally.)

Oh boots! How lovely they are! Not as a first item!

There are a few situations where boots first is pretty viable. Crystal Maiden and Sand King can both get boots as they need to get in range for their disables quickly. There is also an interesting boots first meta in the OD vs Razor matchup mid bla bla bla. Or if you are a solo safelaner expecting an enemy trilane and you need to be able to get out of range of CC FAST.

However if you plan on farming bottom these are generally not the best idea. 450 gold is a pretty big investment. Then there are the mantles… dear god the mantles… similar to the Sniper situation you do not need 2 of these items. 2 null talismans is not something you should be aiming for. I’ll get back to choosing something else in a bit – because here is the kicker. For our total regen our Lina has decided to purchase: 1 clarity.

When you head to lane you need to have SOME regen. Plan accordingly! Are you going to be taking damage in your lane? 95% time this is a definite yes! Harass and maybe if you tank some creeps you will need to regen back up. This clarity will do nothing for your HP pool.

How to fix it Mr. Reddit genius? Well if you haven’t noticed already this is random gold. Lina could have easily bought the courier for our team for starters. The item build itself could be changed for something like: x3 branches, x1 tangoes, x1 circlet/mantle if you really wanted stats for some reason, x? clarities.

There will probably be some debate (flame) over the exact item build on Reddit, this is not the point. There are a lot of better ways to spend your starting money.

Quick note on branches for those who are not learned in the ways of the GG branch: Branches are one of the most cost effective items in the game. For 50 gold you get: (1 point to all attributes from branch)

You will also gain 1 damage per branch as you will be placing a point into your primary attribute.

You can ALSO (but wait – there’s more!) build them into a magic wand. An amazing early game item that can save you in a pinch as well!

Where is the next entry? Mirana! 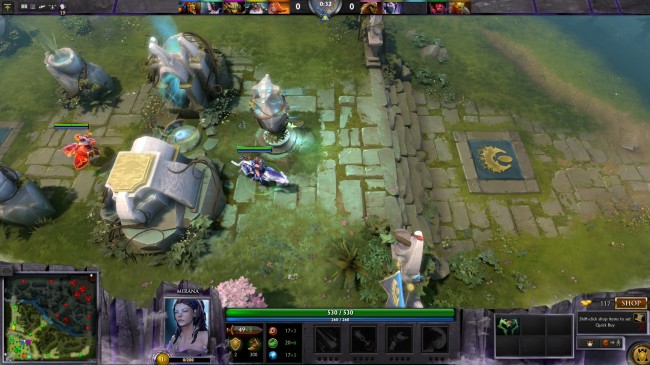 No words really. RoA rush? Mirana will likely cast a few spells while struggling for last hits with Lina, although I’m not quite sure who has the shittier animation, she does have less damage.

This build will do pretty much nothing for you.

I could only see it working if you got your team to pool for you and you had some regen – but dividing up this large item into maybe just taking the circlet to afford regen would be better.

Try to get your standard regen and a couple of branches.

This wraps up my little imgur guide of how to improve your poor starting builds… a rampant disease in low level games. Everything is up for debate of course, but at the very least educate yourself about the proper items and ask questions!

Higher-level players: Pleases do not tell low level players to head to lane with a null talisman and pooled regen… the stats from a full circlet item mean very little to people last hitting in this bracket and are better off getting the cost effective items and regen. If you want to nitpick my suggestions for the different heroes thats fine. If someone asks you a question be polite about the way you handle it, its hard for people to admit they don’t understand something.

Thanks guys, hopefully some people realized their mistakes!