Hey everyone, Blue here and here’s my attempt to cover the Prison System that is within the game!

– Disclaimer –
If there is any information that isn’t exactly correct, please let me know as my own translations from currently released clients may be off somewhat.
The images provided are of my own or a fellow guild member!
I will be updating it with more information on the Crime System each step at a time!

So! The Archeage Prison System is pretty good, and from my own experience with MMORPG’s it’s one of the most well thought out system’s to date.
Let’s start on the mechanics of this System.
Each time you commit some sort of Crime, you gain Crime Points which once rose to a certain amount will net you a trip to court or if you’ve been a bad little player, Piracy!

There are ( to my knowledge ) three separate ways to gain Crime Points:

As said above, 2/3 of these actions can only take place in a PvP-Enabled Warzone or more efficiently out at sea, so it’s up to you to decide what would be the fastest way for you to obtain these points if Piracy is you’re goal. Yaar! Just a little tip, you can actually kill Friendly Faction pets and mounts and it will still count as Murder!

So, how/when do you get these Crime Points after the crime has been done you ask? Depending on where you are and what Crime you commit, you leave a little mark on the land/ocean for all to see and if they wish, report it! Of course, being in an area where there is a steady flow of players coming back and forth would increase you’re chances of that mark being found and reported!

As shown below, if you Assault or Murder a fellow friendly Faction player, you will leave a bloodstain on the ground where you carried out the deed. This is what others will use to report you for you’re crime and increasing you’re Crime Points as they do. Take notice of the Purple name bar, as when you attack a Friendly Faction player, it warns all others that you have toggled PvP against all! 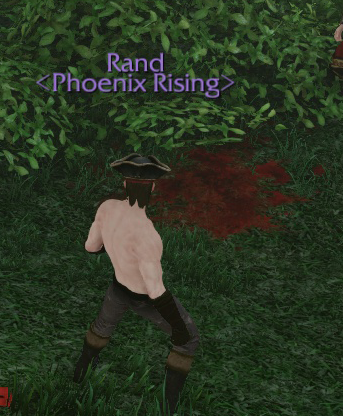 If you decide stealing crops is you’re thing, this crime leaves a separate mark on the floor, a footprint as shown below! 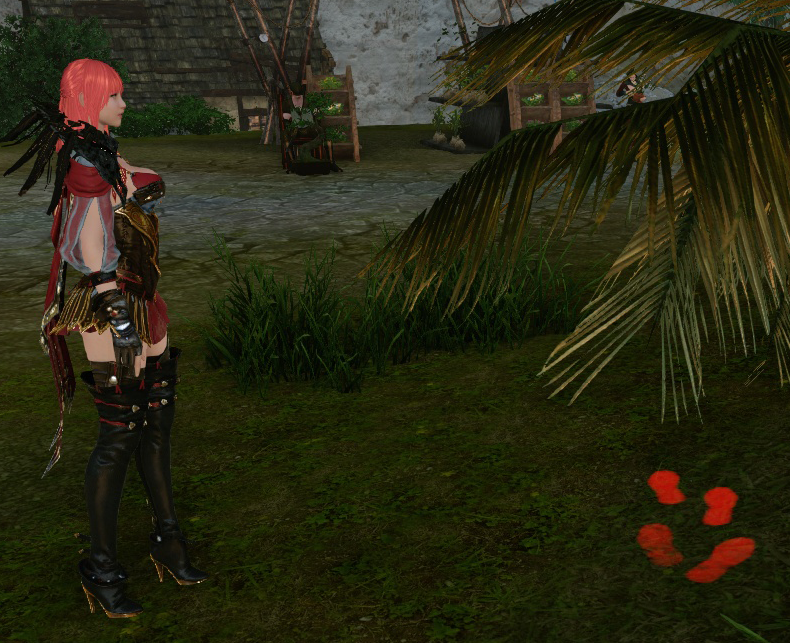 The Crime Points that you collect can be tracked within the Character Sheet menu, as the image shows below that I have 54 Crime Points at that current time, which then gives me an instant De-Buff also shown below! What this does, is shows other players that I am a Criminal and once killed, I will be given the option to be sent straight to prison, or take my chances with the Juror’s present!

After finally be murdered, you get the option to battle it out in Court, or to be sent straight to prison and wait out you’re time.
The prison for the Western Faction is located within ( loose translation ) Merianhold, the screenshot below shows the specific location! The Prison is not instanced, as in right within the a main city! 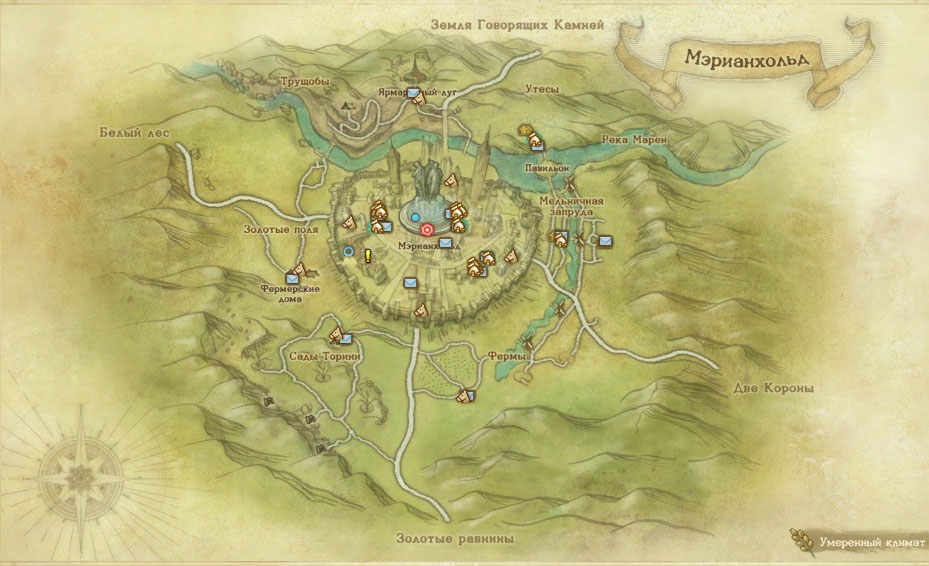 Opting for the straight to Prison route will get you being teleported straight to a cell where you may or may not share with other evil-doers!
You also get a De-buff as shown below which prevents you from using any of you’re skills or items that you previously had before entering prison!
So, what is there to do in Prison you ask? Nothing much.
After being released out of my cell, ( which occurs once every 10 minutes ) I set out to break some boxes and obtain some swanky prison gear! 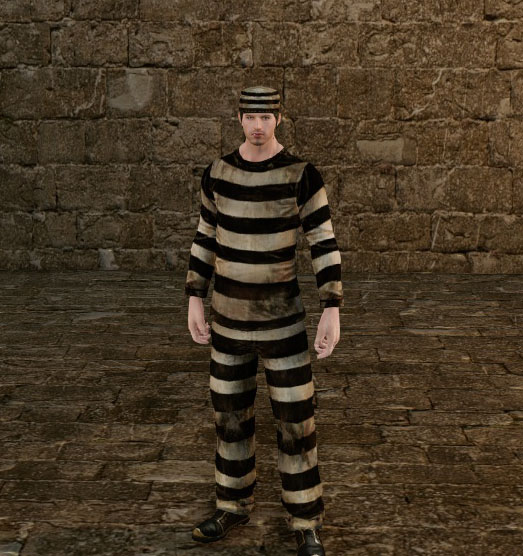 In the courtyard of prison, you can do a few things, from playing football, ( it even has a score board! ) to digging up a shovel which can be used to dig you’re way out of prison! If you do decide to escape prison, the drawback is that the de-buff that doesn’t allow you to use skills within prison is still active, and will stay there until the timer is up! 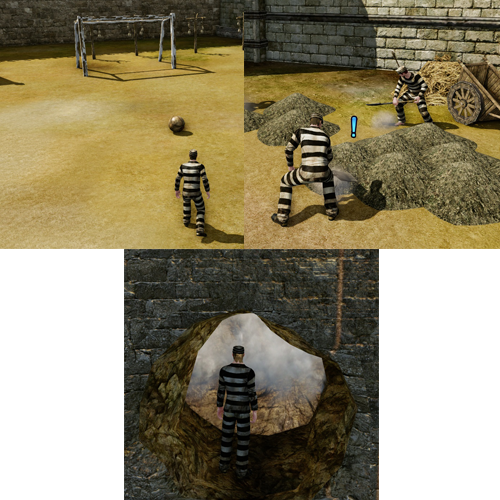