Hello im DarS, you might know me from my Due/Guardian guide. I have switched my sub since then for multiple reasons which dont matter for this guide.
I am a level 60 Duelist on Hydra 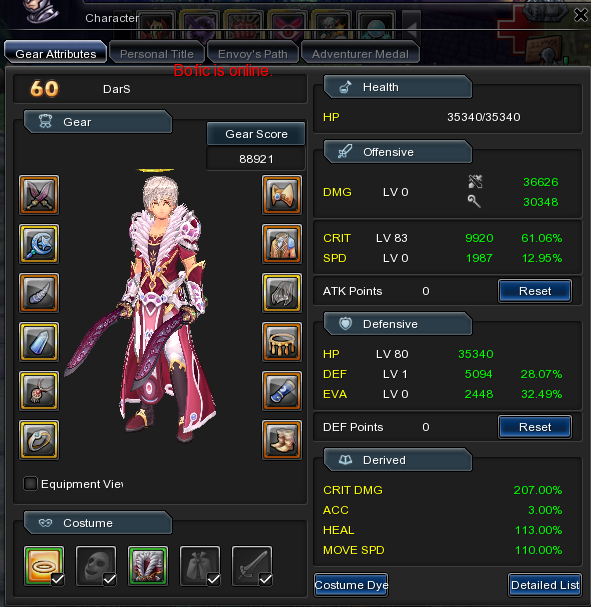 Good in pvp (Once Dream State gets fixed)

Weaknesses:
Everybody hates you, including other players and dungeon bosses, people dont like melee dps since most dungeons give them quite a hard time.

Very hard to play, if you do a single mistake you will likely end up dieing.

Overhyped and thus gear is overpriced.

Now lets start off by gear, you should try to go for everything with crit and dmg and of course critdmg since its 2 in 1! (Yeah it doesnt work like that but you still need it tho).
Im currently using a full aria set, cursed scimtars (crafted lvl 50 weapon) comet set and yellow lvl 50 wiz staff. Im also using crafted totos tusks and totos blade as trophys.

In terms of attributes you should go for HP in defense and CRIT in offense, completly.
You need HP because you will want to survive 1 shot burst attacks from bosses like Burn Rush from Unicorn, everything from Toto and there are multiple other ones that are likely to kill you if you go for def instead.

If you want to go for pvp (which i dont recomment until Dream State is fixed) you should go full CRIT and full EVA, but dont expect to find dgn groups with that build, i see alot of people kicking eva duelists because they end up permadead on bosses in wt Hard.

I use the extra Crit rate on Slashing Cut since i have about 300% critdmg, in lowlvl the dot on cracking slash is better tho. (I would recommend the stun on fireball for pvp)

I use extra dmg while in Purple Lightning.

I use crit rate + crit dmg. (I would recommend 10% chance to deal extra dmg in pvp since it will probably lend you some lucky kills but in terms of dps over a extended period of time like bossfights this one is better)

I use 3% Eva and 5% mvmspeed (though i only use that for the mvmspeed, if i get serious you should go for +maxhp and -dmg taken)

I use +dmg – malice for maximum damageoutput though the -malice is kinda wasted, you will draw aggro anyway if youre not undergeared or play wrong. 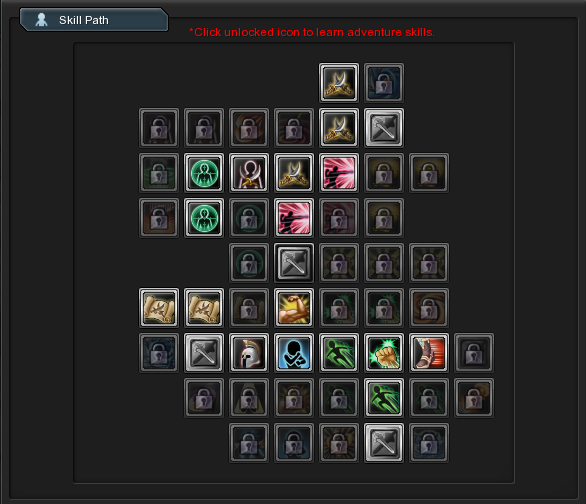 The general idea is to get as many Deadly Wink as possible off (Preferably after Snowflower) since this is our main nuke, for AoE Wizard spells are really useful and for bosses Cross Slash is insane.

PvP: Same as normal monsters, however note that you have to gapcloser whenever you are out of range and try to immobilize/Stun them whenever you can (Stuns have a internal cd of 30 seconds on players, they will get a buff that will make them immune to it, however this does not apply to immobi and of course doesnt matter if you switch targets.

A: First of all, Sorc debuffs dont stack meaning in groups if you have another sorc your whole subclass is basically useless, however aoe burst of course does stack. Wizards also have a gapcloser+stun in 1 skill (dont ask me why Wizards have a gapcloser i dont know!) and a spammable stun on Fireball provided you take the mastery. Their AoE is also far superiour to Sorcs AoE which is the only form of damage we arent very good in (though its still not that bad)

A: The best thing you can do to avoid this is to wear elemental resistance gear, i use it too, i have 5 different chest armors just to deal with Infernal Abyss and Wrathborne Temple, always remember to look at the skills of the enemy (click on them and right besides their level is a sword, click it and you see the abilitys of the enemy, there you can also see which element they are and if you check youre misc you can see what always kills you and try to wear the right resistance)

Q: Im getting rekt by Gunslingers that stay on their traps until i charge them, what do i do?

A: Contrary to the popular believe their traps only immobi you, they do not stun. Which means you can use rejuv prayer once you step on it, and will be set free, after that just use Instant Thunder (be sure to use Whirling Slash to start off so you dont waste the cd on instant thunder) and Snowflower/Deadly Wink them until they die. Once Dream State gets fixed they cant do much against us anyway.