Clash of Clans Farming at 3000 (Balloonions)

Yep, a neat little aspect of this new loot system is that it is more profitable than ever to be nudging up against champions league. In fact, I think the profits are large enough to call it farming. So let’s go through exactly how this works and why it’s so cool…

Here a couple examples of some pretty close to ideal targets (I raided and 1-starred both of them): 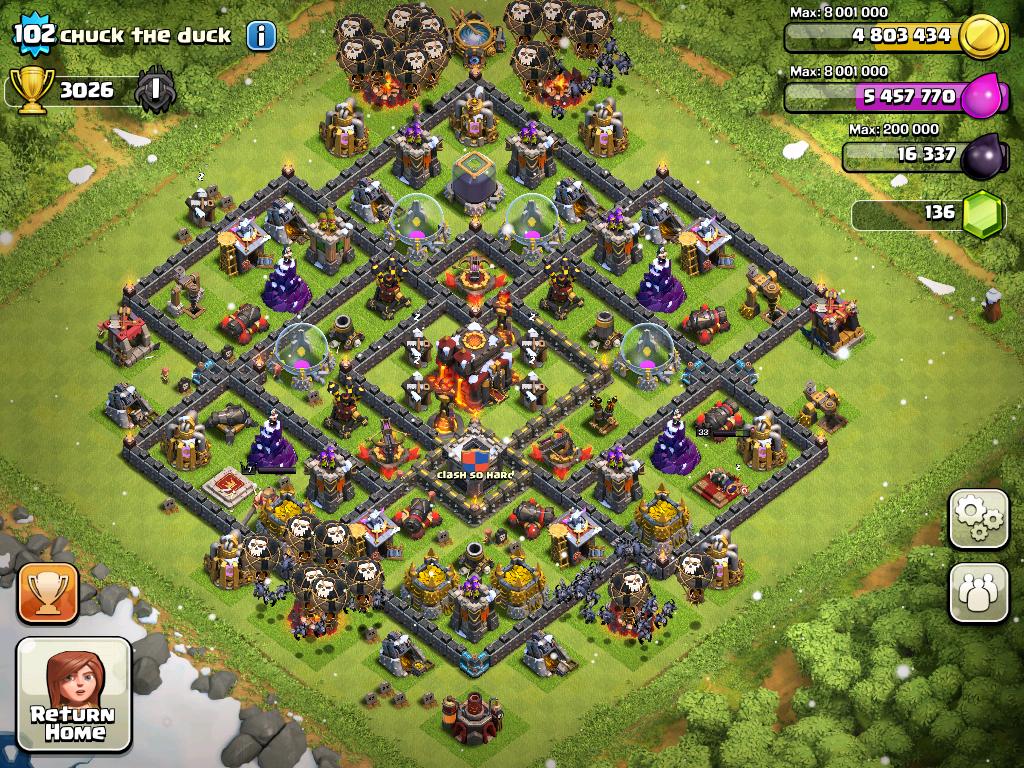 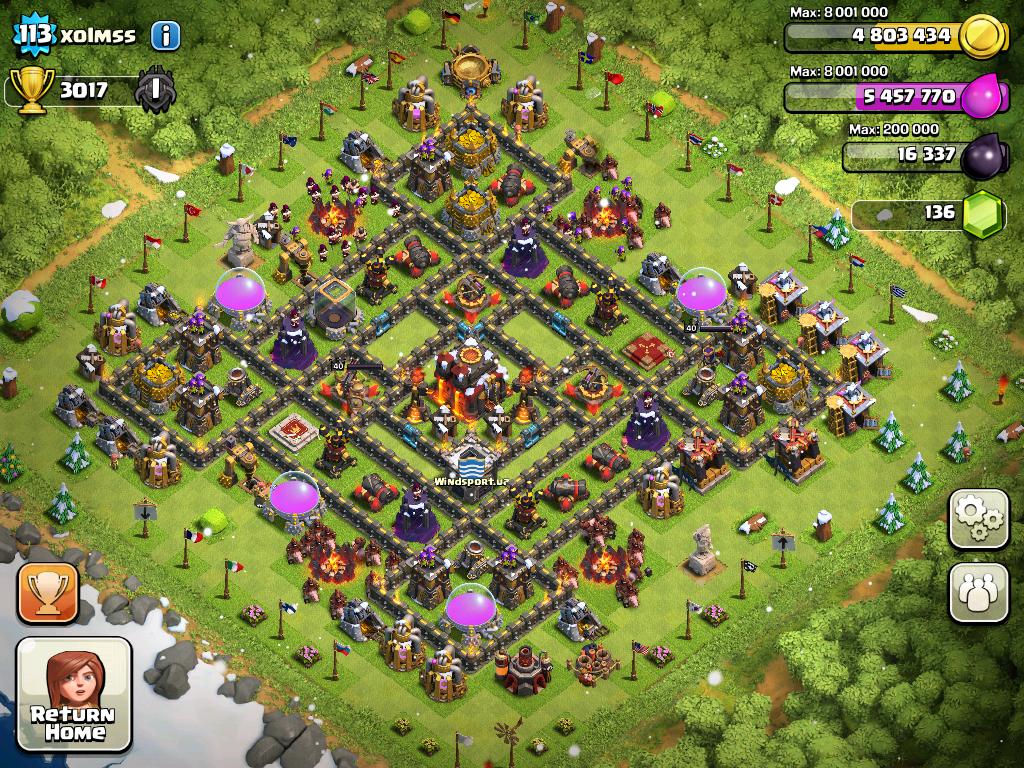 
Battle Logs
Here are quite a few of my battle logs for the last couple of days (note, there are some fails/mediocre raids in here): 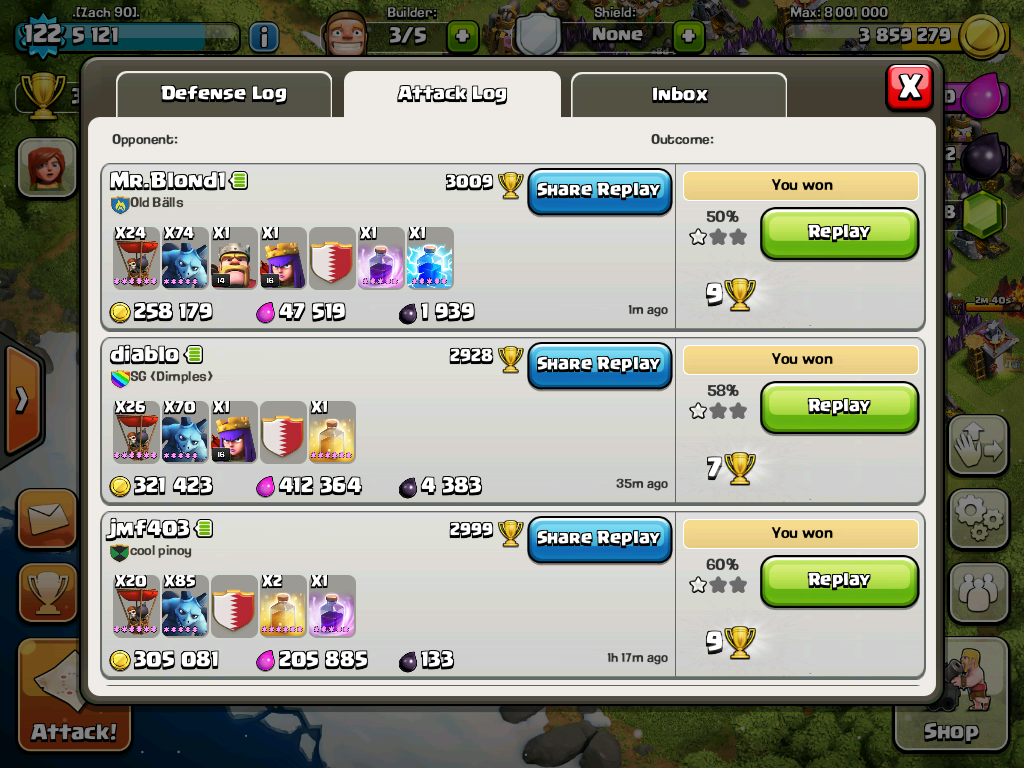 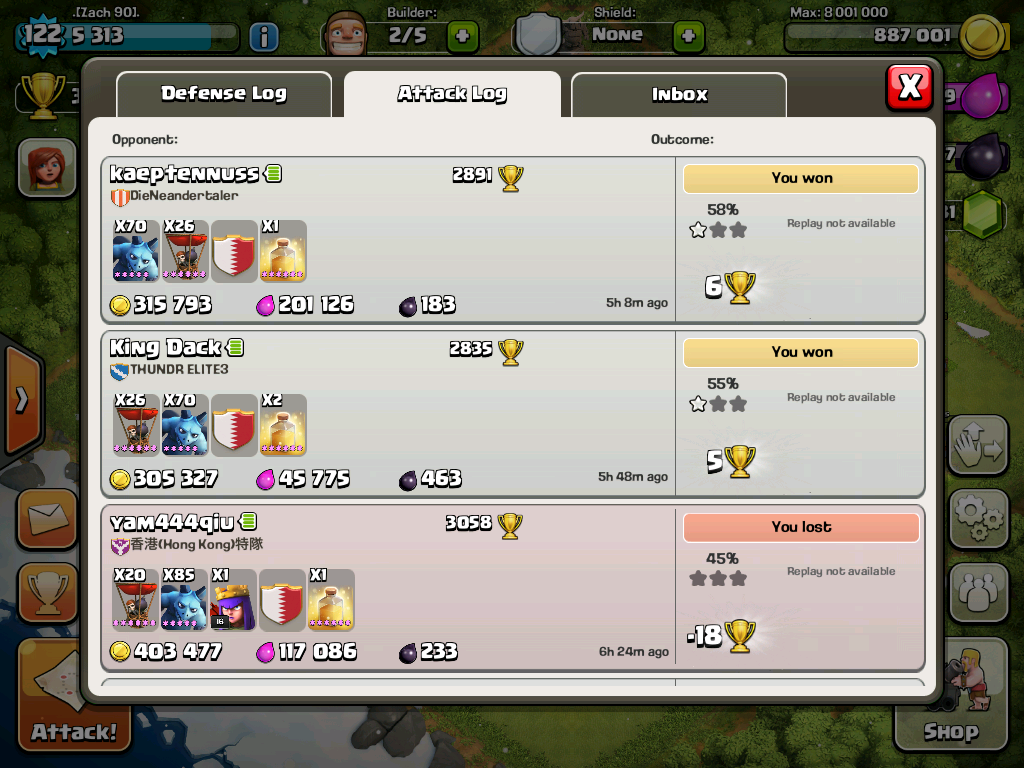 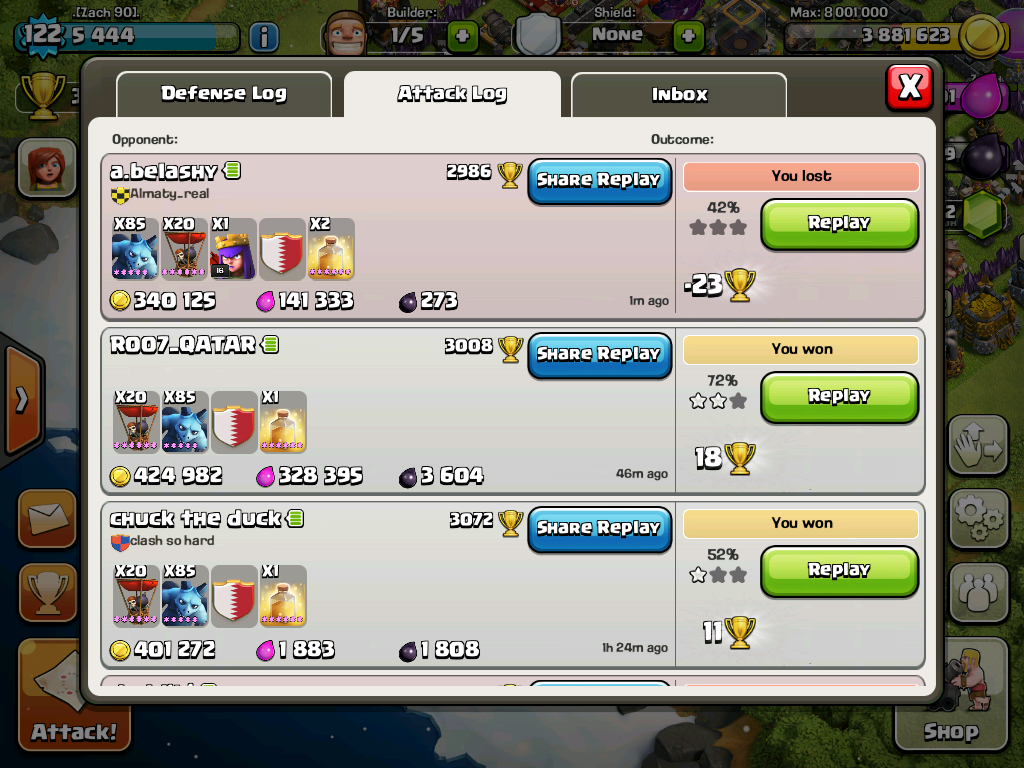 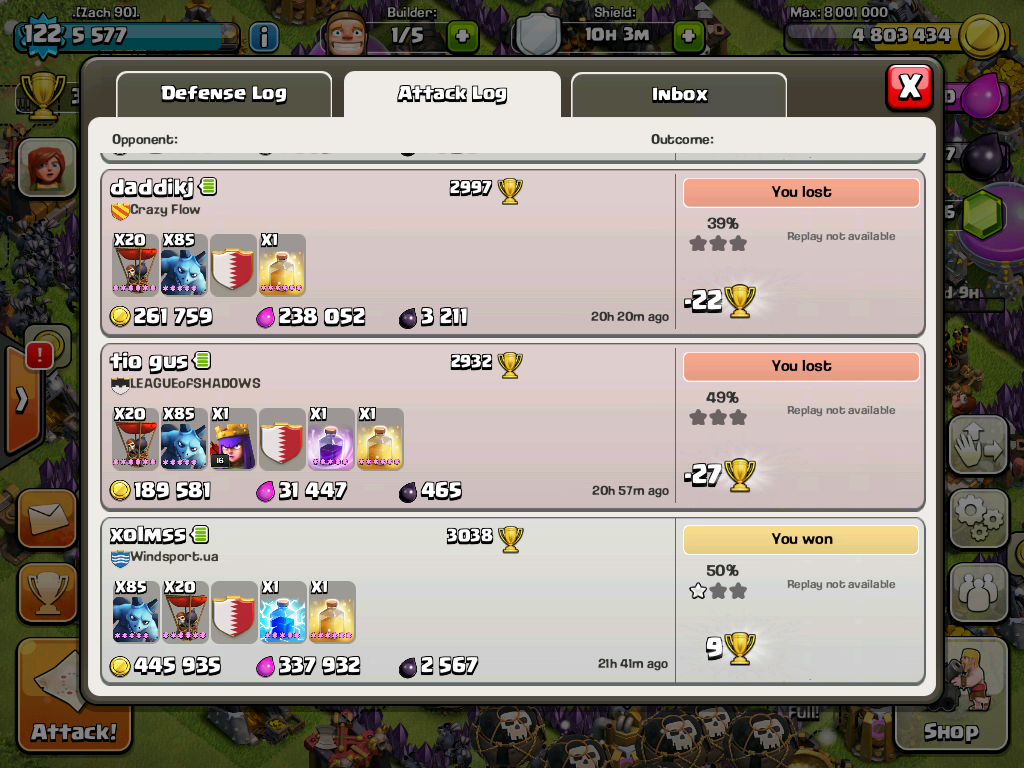 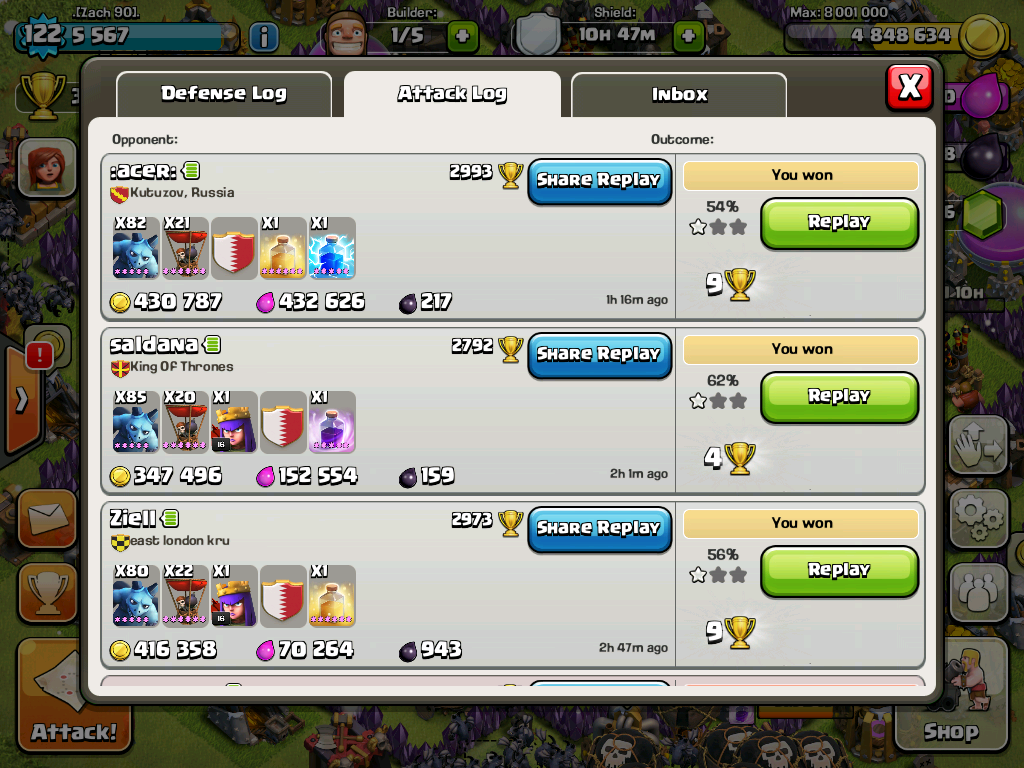 GEMS SPENT ON THIS STRATEGY: 0

Let me know if you guys have any questions, comments, additions, or anything else! Hope this helped.