From Founders to CBT to Open beta, I’ve always been a Duelist.. though I was a Gunslinger before, I am now a Sorcerer.
Katsuie is the name I go by in-game. I’m not much of a theorycrafter, but I like to induct plenty of research before making a character as I try to squeeze out everything to make the best character as possible.. but I’m still a long way there.
Together, you and I shall read this together and show you how I build my Duelist / Sorc.. as well being the first guide for Duelists.

*Please post questions HERE. I do not answer / check my Inbox.

*This is not as DETAILED as Muse’s Guide
Muse is God.

*Everything is SUBJECTED TO CHANGE.
CAUSE I AIN’T END GAME. 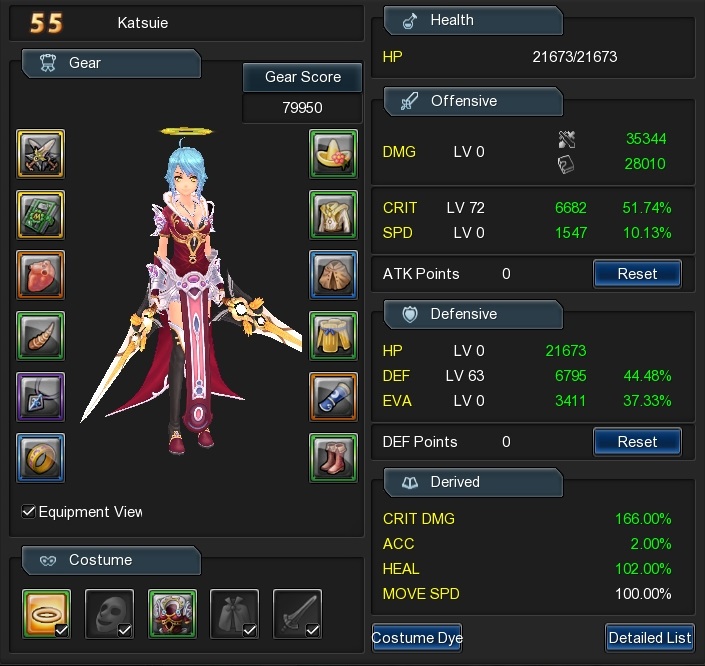 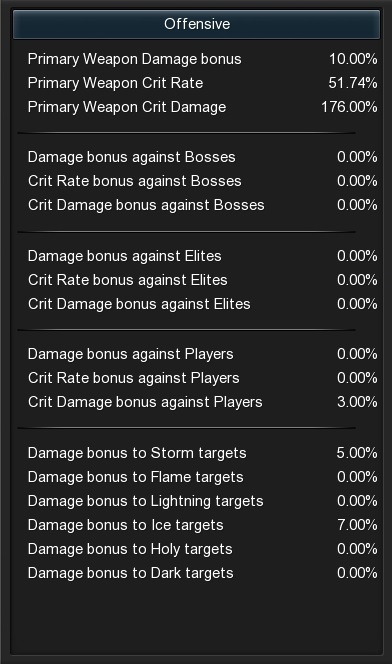 If you are a experienced player and you can tell what kind of equipments I have on, touche. For those who do not, let me tell you.

Currently, every Equipment that I have on increases my DMG. (Except Argus’s Stone Heart) The reason being is because, since I’m investing into CRIT, I’m lacking a good amount of damage which now you can call me a “Glass Cannon”. I am currently behind on some equipments though, (e.g. Pendant, ring & cape) but yes, those future items will increase my DMG further, along with CRIT. 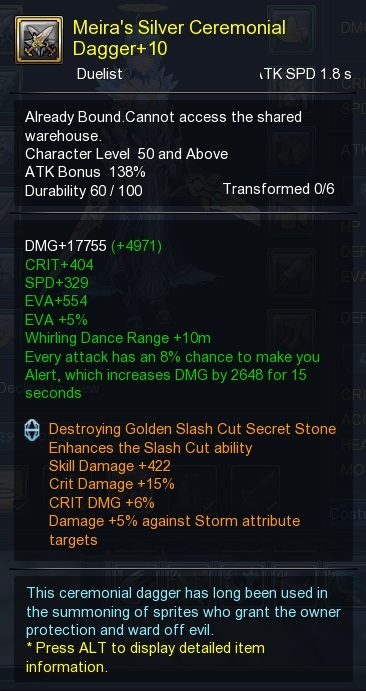 I am planning to stick with this weapon til I hit 60, which I will craft and plan to fortify to +10 / +15, or maybe +20 depending if its worth doing.
*I also like to thank “SiegLhein” for providing me such a gorgeous weapon. 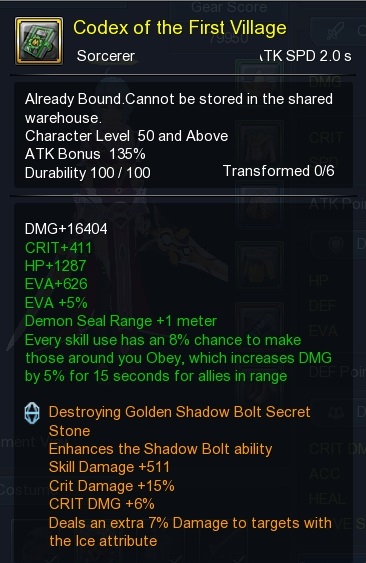 Probably the BEST trophy at the moment for those who uses CRIT. 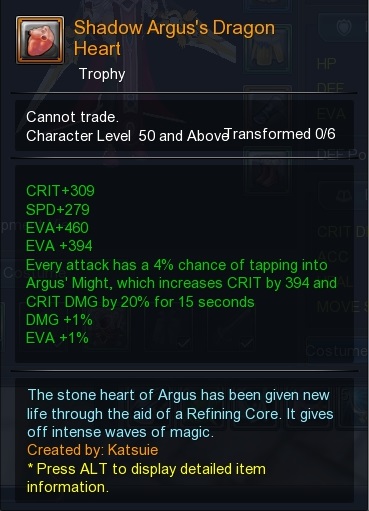 Currently, I have only one Secret Stone inlayed to my Weapon, as you see above.
As a CRIT & C-DMG Duelist / Sorc, you want to invest these stats in your weapon. You can also invest in your other equipments too! But I would not recommend putting it everywhere in your Equipment. Use other Stones to make up what you lack. (e.g. EVA, ACC).
*Remember that Items / Sets can procs passives so you would gain ATK, CRIT & CRIT DMG. Plan around these to maximize your build. Example, click here

*Secret Stones are still fairly unknown to most players of Aura Kingdom. The CRIT Damage is towards your Skill, which means my stone enhances Slash Cut’s C-DMG by 15%. While CRIT DMG +6% is added TOWARDS my stats. More Information can be found here 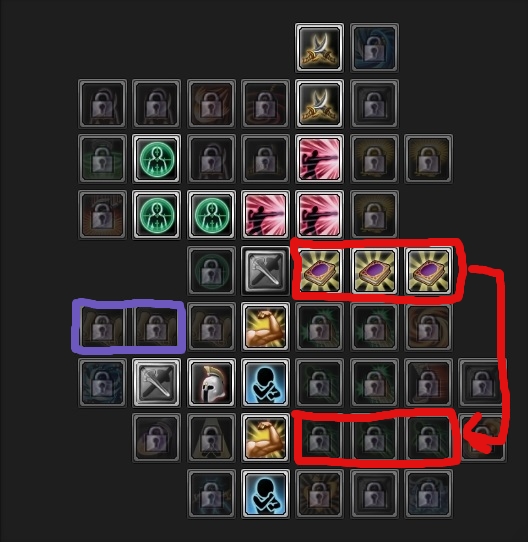 Before I get down to telling you how this Envoy affects me in Stats, let me explain what is that red paint is telling you ; Early in the game, I started off with a full of EXP equipments. So I started and finished the path of “Quick Study” to level up faster in the game. Simple. When I feel like its time to get rid of, “Quick Study”, I’ll reset my envoy path, disregarding how much I would need to pay, to invest into “Bob and Weave” which provides for EVA.
Now the Purple indicates what I will be investing next. Those two are called “Duelist Studies”, which increases my CRIT DMG.

Everything is self-explanatory so i’ll just show you what these path increases and what the passives do.

Why Frenzy?
Every attack you do has a 25% chance to deal ADDITIONAL DAMAGE OVER TIME. 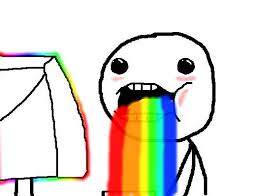 Remember that you are a Duelist / Sorc. You want to pump out as much Damage / DoT as possible.

Attack Spec ;
Callousness – TOTAL CRIT +3%, CRIT DMG +4% increased
Again, self-explanatory. I find this to be better than any other Attack specs that you would have available since it gives you two stats you would want and increased by a good amount.
Good replacements ;
Divine Power – TOTAL DMG +5% increased
Zeal – 10% chance to cause extra 50% DMG while attacking.
Personally, Zeal is a great Attack spec.. granted the chance of dealing 50% of damage. But as of where I’m at, getting CRIT / CRIT DMG would be more efficient.

Advance Skills ;
Breath of Ashura – Continuous DPS of “xxx” per tick
This skill out of being a Sorc is probably the biggest “Nuke” skill you got. Adding in with extra DoT is pretty dang good.
Good Replacements ;
Flame Lotus – Flame Impact CRIT Rate Increased by 10%
Lightning Strike – Continuous DPS inflicted increased by 20%
If you just want Flame Impact to be just a Nuke and nothing else and would like to a high chance of landing a crit, then Flame Lotus is for you. As for Lightning strike, I have not played around with this skill yet to see how much it affects my DPS but from it seems, adding 20% into your DPS is pretty dang sweet too.

Defense Specs ;
Courage – TOTAL 3% MAX HP increased, DMG received decreased by -2%
You are a Glass cannon without much defense. So this is probably your best bet for survival.
Good replacements ;
Iron Wall – TOTAL 5% Defense Increased
If you’re dying a lot, this is the spec for you which gives you RAW defense.

Tactical Specs ;
Break Defense – Enemies DEF decreased by -10%
All the other Tactical Specs cannot match the power of this one. Seriously.
Good Replacements ;
Expose Weakness – 25% to decrease P-Healing by 20%
If you’re PvPing and you just happen to be fighting Bards.. this is the right way to go. I hate Bards in PvP but I love Bards in PvE.Too bad they’re gonna fall off in PvP.. bards I mean

Special Skills ;
The Best Defense – 1% TOTAL DMG added to DEF
The best offensive is a strong defense. You need more durability, my young grasshopper!
Good replacements ;
Deep Blue – TOTAL 2% DMG increased, Malice decreased by -5%
Since you’re the one doing plenty of damage than almost everyone else in your party due to massive DoTs and Crits, you’ll probably most of the time will be aggro’d. Though it’s decreasing malice by 5%.. its also adding 2% DMG. Depending on how much you do, the Malice decrease probably won’t even matter. LOL 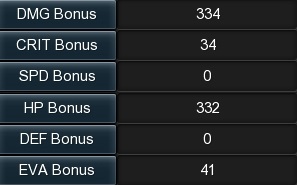 Still in the process of doing Achievements but as you can see.. DOING ACHIEVEMENTS IS BENEFICIAL. DON’T BE LAZY.

Here is the possible damage you can DEAL.

I totally forgot everything about Flame Impact.. forgot if it did a crit or not.. though I know the 2040 is a CRIT from its DoT.

Yeeeah. I don’t know about this one either. *Rushed Screenshots

These are Auto Attacks if you didn’t know.

*By the way, you are a Melee since you are a Duelist. Obvious, yes? So don’t sit around and just spamming away your skills. You gotta move that character and hit it from the back for bonus back damage!

As of now, I’m using both Sigrun for her Ally of Defense.. which allows me to deflect back damage and heal over time.
Gigas for his Malice, if I don’t out-malice him.

You are a part of the party that does Damage. You are squishy. So don’t go Leeroy Jenkins unless you know how much damage you can take before you run and cast more of your spells. Hit it from the back for extra damage.
In PvP, use your Sorc spells, get him low then slam him with your two blades. WELCOME TO THE SLAM. ..meteor OP though

Q : Are you ever gonna invest into DEF in Equipments?
A : Of course. But I’m just a Glass Cannon til I hit 60. Thats when I begin to try and start capping DEF by equipments alone.

Q : If you cap Defense with Equipments, what are you gonna use those resetted points?
A : HP. Don’t even ask about EVA. As I said. TOO EZ. And basically useless in the future anyways.

Q : There are some locked Ultimate Skills, are you gonna switch to them when you get them?
A : Yup! 2% DMG added to DEF? Pls, take my money.

Q : What server do you play on?
A : Hydra. And now is being hunted by Treisha as KOS.