Hello since all servers are currently on maintenance im thought i would do a small guide for you guys, let me start off by introducing myself: 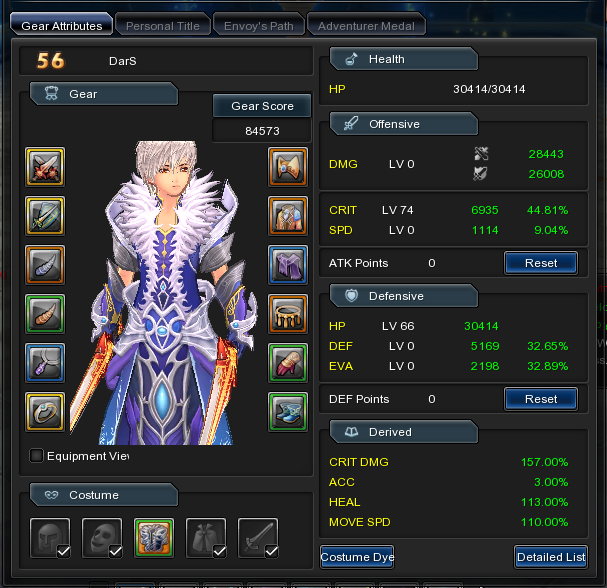 Im DarS a Level 56 Duelist/Guardian (Ex Duelist/Sorcerer) on Hydra, i am capable of dpsing as well as tanking everything and have no problem beating level 60 eidols solo in temple (Which is probably the hardest challenge as of current content).

I love high mobility and high damage but despice stealth so duelist is literally the best class in any mmorpg out there for me.

Pros:
Highest Singletarget damage ingame, you have to literally tone down youre dps if you arent tanky enough to survive getting aggro for about 5-7 seconds.

Good pvp, one of the few classes that can duel bards because you can outdamage their heals and cc burst them.

Can tank if played well

Cons:
Hard to play, being squishy full damage gear means you absolutly have to dodge aoe esp if you draw aggro or you will end up dieing multiple times per dungeon. ANY mistake can kill you!

Overpopular (You see way too many duelists out there, giving you a rather “bad” reputation)

Melee DPS, this is a problem for some bosses like Toto, a few bosses in this game are a nightmare for melee dps and it also has a lot of downsides in pvp vs hard CC.

I am currently running a full aria set (Level 50 refining, since there are no yellow gear drops besides of accesoires) which is maximizing crit and dmg exactly what we want. In terms of accesoires you should aim for comet however this is quite expensive.
Always remember crit+dmg items are what you want disregard defense for maximum damage! 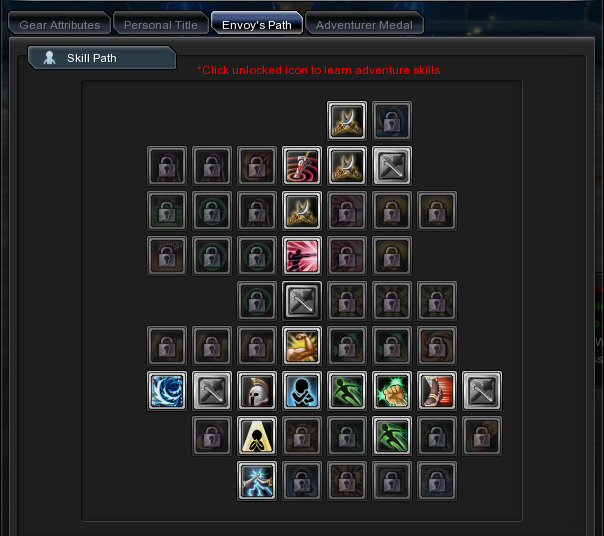 Im using 10% extra crit rate for slashing cut because its superiour to everything else here (including the dot on slashing cut)
5% extra dmg which unfortunatly outshines the 3% crit + 4% crit damage, however this may change with newer content due to crit getting higher.
5% extra dmg on purple lighting, do NOT fall for the dot increase on deadly wink its a noobtrap, the dot will run out soon after you are out of purple lightning anyway since you cant apply it without and the base damage of deadly wink alone makes the 5% damage more worth than the dot increase.
25% chance of reducing def by 10% pretty easy considering we want maximum dmg, however in pvp against healers i use the -p healing.
2% extra dmg and -5% malice, we already have huge issues with malice and this helps out just a bit, also extra dmg yay!
3% eva and 5% mvm speed, i use this mainly for the extra mvm speed, if im getting serious i take the extra hp and -% dmg taken.
20% crit rate on Sanguine Blade, outshines everything else and a crit on sanguine blade is basically a full hp heal while dealing a ton of damage.

Attributes:
Im going for full crit and full hp, spd may give you slightly higher damage but i prefer having a high crit chance on deadly wink so i can combo it with snowflower blade to deal huge amounts of damage.
Hp is necessary, dont even try to go for eva (unless you go full pvp), eva can potentially ruin you while not having a huge payoff if you get lucky, you will get hit by something big every now and then and you will sometimes get aggro and you for this you need hp to safely survive it and not rely on rng.

Tank: Nothing changes much tbh, you just use defensive cds more often and if you lose aggro (shame on you) use shield bash and thunder cut or terrifying roar to get malice.
You are usually tanky enough with full hp attributes and defensive cds + healing abilities to survive the boss, at least i had no trouble with anyone yet. Usually i dont need to use any malice generating abilities (outside of thunder slash which i use for the damage and not the malice) to keep aggro, im really serious about having aggro problems if i run as dps.