As some of you may have noticed, sometimes when you right-click on someone’s name and want to check their items you cannot actually see the correct item, then you wonder how is it possible that one piece of equipment has the name and stats of an item and the looks of another? Like these 2 nubcakes, right? 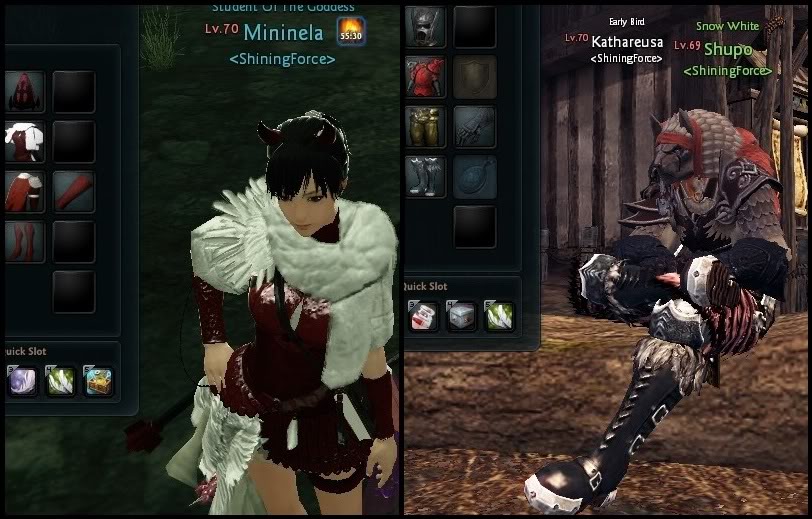 Here is a little fancy guide of how fusing works.

Description: This rune allows you to fuse together the stats of one item with the appearance of another. All wearable equipment (except shields and weapons) can be fused, but fused items must be of the same equipment type. Fusions cannot fail. Once an item is fused, it is bound to you and cannot be re-fused.Identical items cannot be fused.

Yes, the descriptions of the rune is confusing, in-fact, you can re-fuse items over and over again, you just have to know how to. For more details regarding that, keep reading.

Can be found in the Depot or in the Market Place for a decent price sometimes.

–Two desired items: One which you want to keep the stats from and another to take the appearance.

*How to re-fuse a fused item:
-You have to unbind the fused item first, you will receive the same item with the appearance back, but it will have less Bind counts and you can use from it either the appearance or the stats item. Take in count that the piece which was fused before has to be wear-able by your character if you wanna re-fuse it to something new that you are planning for your char.
Example of what NOT to do (on a Lann) : 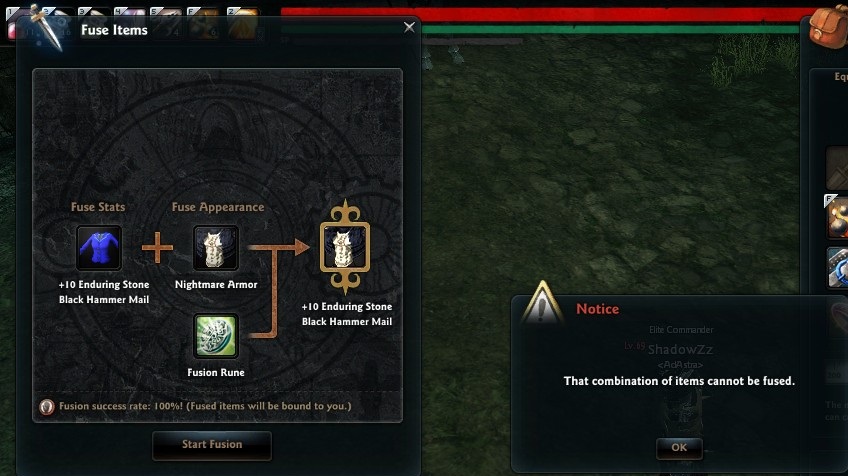 *Dying after fusing:
If planning on fusing something and got a color on your mind, the appearance item will have to wear the color since if your stat item has it you will lose your dye and if your appearance item has a ‘poop’ color it will replace it the nice color you had.

*Fusing equipment from another class is impossible!!!

If you re-fuse an item to another appearance the bind count will remain the one of the stat item. The bind count is always the one that is on the stat item no matter how many remaining binds the appearance item has. Practically, if you continue to change the stat items you can use one appearance forever.
Example: I have a Shiny Halo fused to Veteran helmet and a Spiky Mask to a War Edge helm. Both got 1 and 2 unbinds left respectively; now if i unbind them and take the appearance of those fancy helms again they will re-gain their full unbind count back.

TL;DR: Appearance can be used forever, the only bind count that matters is the one of the stat item that you are planning to fuse.

I’ve uploaded these videos ages ago but was too lazy to update my threads. <_< Anyways:

Notice; I’ve stopped recording because I had to send unbind potions over so I can fuse the chest-piece.

Feel free to leave more information, if I forgot anything!