What are Territory Wars?

Territory Wars are a type of Guild versus Guild. When a territory is unclaimed players of all participating guilds race to meet the Win Conditions of the battle to occupy the territory. Claimed territories are defended by the guild that claims the territory while all other guilds fight to take the crystals away from the defending guild.

When the player sees the following message in world chat they will be able to enter the Territory War.

Territory Wars occur daily but different Territories are available on different days. Players can check the schedule from the Territory War window by clicking the Schedule button. 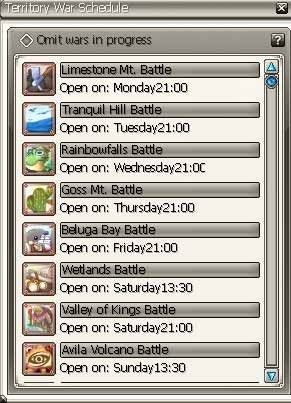 What are the requirements to participate?
lvl30+ and must be guild members

Open the Territory War window located in the mini-map. 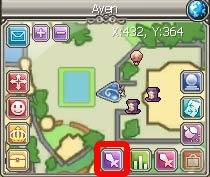 Clicking this icon and you will see: 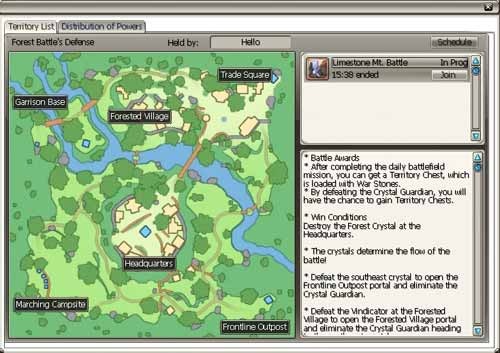 Click the Join button on the right side of the window to enter.

Why can’t I attack other players? Isn’t this supposed to be PvP?
The first time a Territory War happens no guild owns the territory so there are no defenders other than the NPCs. Therefore all guilds will be on the same team, the attacking team, yet they will be racing against the other guilds on their team to obtain more crystals than the other guilds. Once the map is claimed players will be on two teams, attackers and defenders, then players will be able to kill one another.

Basics
When the Territory War begins you will be placed in your team’s camp where you will have to wait 5 minutes before using the portals to venture out to the battlefield. 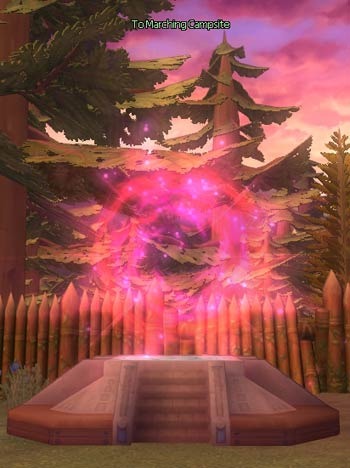 The timer appears at the top of the screen. It will first count down the initial 5 minute waiting period and then the 30 minute match time. 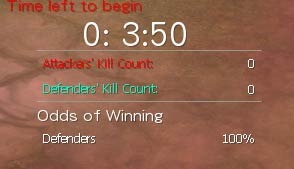 How do you claim a territory?
When you are attacking a territory you will need to meet the Win Conditions of the battle to take control of the territory.Win Conditions can be checked by opening the Territory War window and checking the area outlined in red on the image below. 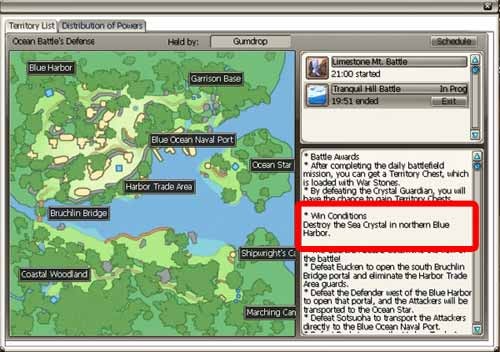 Defending crystals will be blue and have defending mobs around them. 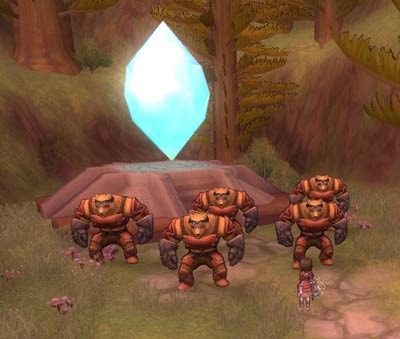 After successfully killing the crystal it will turn red.

But the fun doesn’t end there, after the crystal is captured enemy sentries will be sent to attack the crystal. You will still have to deal with the defending guild’s players as well while they attempt to reclaim the lost territory. 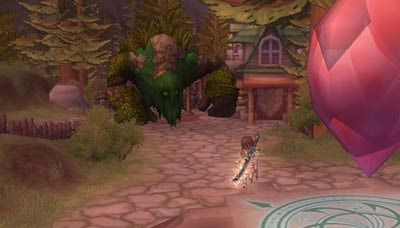 Your guild will also need to be at least level 4 to claim the Territory.

What can we get from this event?
– Each guild member can receive salaries from Village/Town Chief/Captain/Mayor once a day (character level must be above 30 and Guild Fame must be above 200). The more territories a guild claims, the more rewards they can receive each day.
– Guild members will gain 10% EXP and CP EXP bonuses when in territories occupied by their own guild.

Temple Knight Amos is located in Aven at 469, 364 near the Temple Knights area of the map. 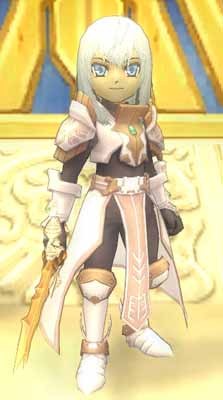 Amo’s Assistant Veskal is located in Aven at 470, 366 just to the left of Amos

– Players can purchase equipment blueprints and formulas from Veskal, which utilize War Stones 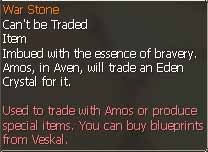 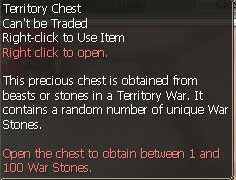 What can War Stones be used for?
– Turn them in with Temple Knight Amos for Eden Crystals (10 War Stones = 1 Eden Crystal)
– Use as materials for blueprints and formulas sold by Amo’s Assistant Veskal