Teams are a group of players under a common banner, similar to Guilds or Clans in other games.(PN)
Teams are currently limited to 100 members.(PN)
Players will represent their Team with a tag prefixed to their character name on the overworld.(PN)
You can use your team roster to whisper your team members.
When a leader/officer/member logs on or is added to the team the Team Message appears in their chat.
When a trainer in a team logs off, a message is displayed in the team chat showing this.
To view your Team, open the Team window using the Game Menu. (Or press G)
Team rosters will now be sorted by online players. (PN)
Team rosters will now also be sorted by player Teirs. (Online Leader, Online Officer, Online Member, Offline Leader, Offline Officer, Offline Member.)

Every month, on the fourth saturday, a Team Tournament takes place for Teams to test their skill against each other. 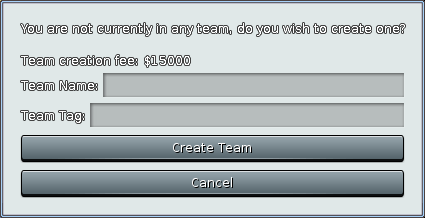 To create a Team, open the Team window using the Game Menu.(PN) (Or press G)
When you create a Team, you choose a tag. This tag is displayed next to your name, above your head, in the overworld. Example: [TAG] Name.
Team names and tags are currently restricted to English alphabet characters. This may change in the future.(PN)
16 character limit on guild names, no symbols. (No spaces/numbers/punctuation/etc.) NAME_ERROR
4 character limit on Team Tags, no symbols. (No spaces/numbers/punctuation/etc.) TAG_ERROR
2 character minimum on Team tags. (No one letter tags.) TAG_ERROR
255 character limit on Team Information.
Creating a Team costs 15,000 pokedollars.
Dispanding a Team is not currently possible.
When you create your Team, the Team Message is set to “Your Team has been successfully created!”
Using an existing Team name will give you an error. NAME_EXISTS
Using an existing Tag will give you an error. TAG_EXISTS

To join a Team you must be invited.
A trainer must be online for you to invite them to the team.
Joining a Team will enable a new chat channel named “Team”, between you and the roster. Team chat is displayed in Red.(PN)
You may only join one Team at a time per character. Different characters may join different Teams.(PN)
You can have characters on the same account in the same Team if you really need to. 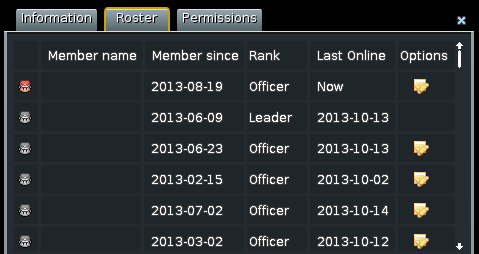 There are three tiers of member in a Team: Leader, Officer, and Member.(PN)
You can only have one team leader at a time.
The team leader cannot leave the team.
When transferring Leadership, the previous leader becomes a member.
Only a Team Leader can change someones tier. 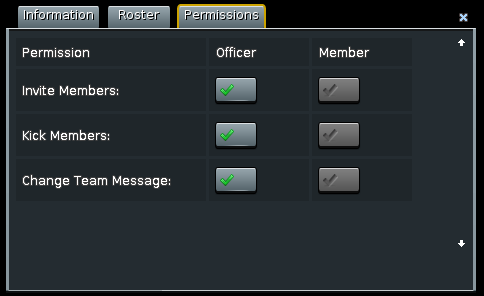 I had a few questions on teams so I decided I’d find out for myself and post my findings here. I added the patch notes in to complete the list.
If you find anything else, please state your finding so I can add it to the list.