Even though Eyedentity can’t get their act together and release all of the lv60 skill content right away, I’ve decided to post up this thread. I’ll update it later when I’ll inevitably change my build with the release of new skills.
At first I thought about making a general Bow Master thread but that would be way too much for my lazy ass, but I have an Artillery so I have an idea how this class works and I can answer some questions.
(due to requests i’ve made – Artillery PVE build)
Remember, BM is damn hard to play, so don’t feel discouraged when you’ll get wrecked to hell and back in PVE and especially in PVP. As it’s for me – with experience comes enjoyment, you might love the class when you’ll get comfortable enough with skills and whatnot.

I made some adjustments in my PvE build, with the release of Siege Stance EX.
(maxed flower after recent revamp. took SP from archer tree, lowered multishot to lv6 and mp recovery to lv2)
Pure physical PvE build: 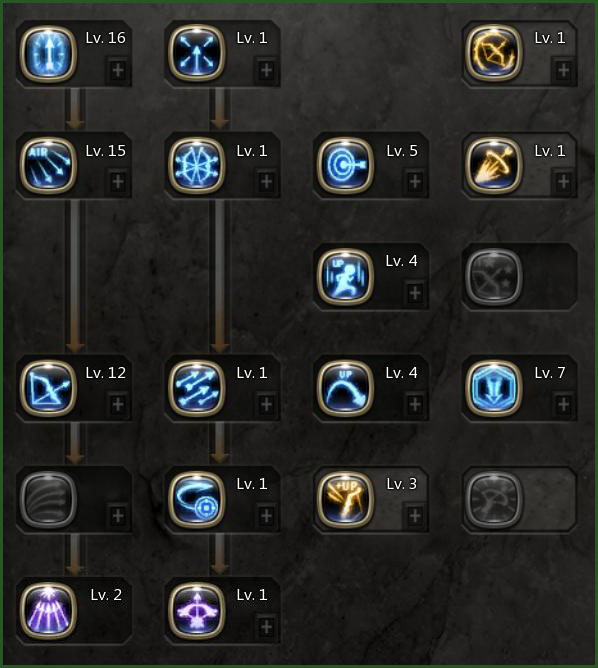 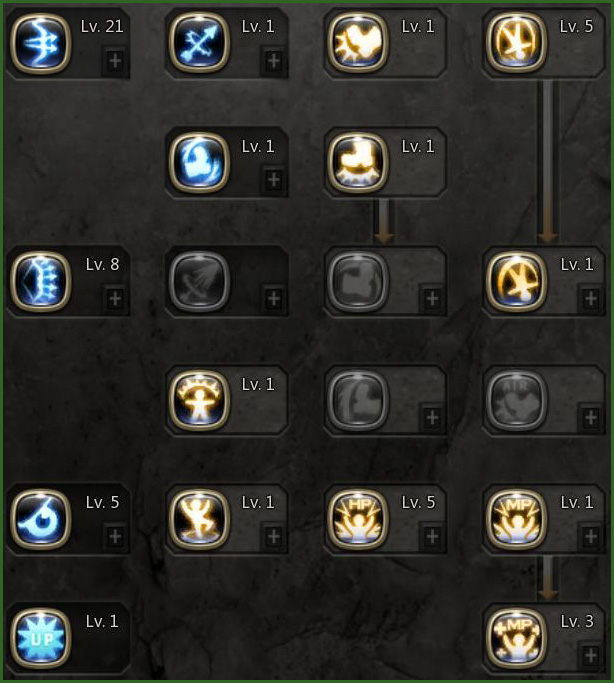 Twin Shot
Does decent damage and has quickest CD, so feel free to spam this to no end. I’m using a costume with +1 to this skill, that’s why it’s lv21 in my build.

Piercing Shot
While in T4 it’s not nearly as bad as it was before, I don’t really feel like using this skill at all – mediocre damage, medium range and slow casting time without any kind of superarmor = skipped.

Multi Shot
Personally, I don’t really like this skill even though it was greatly improved since T3, range is still not good and it might’ve been great for PVP but developer decided that 14 sec CD is only good for PVE and left PVP cooldown at astounding 28 seconds.. but there’s nowhere else to put SP so there goes.

Owl’s Insight
Pretty much maximum crit for your party for a short duration = needs to be maxed out no questions asked (unless your party consists of people with crit cap but that’s pretty rare). Use it at the right moments and bosses will go down much quicker.

Owl’s Rage
Free skill, another crit boost for your party. Don’t forget to re-buff it once every 3 minutes and your party will thank you. Or maybe not, if they’re jerks, but you still have to do it. 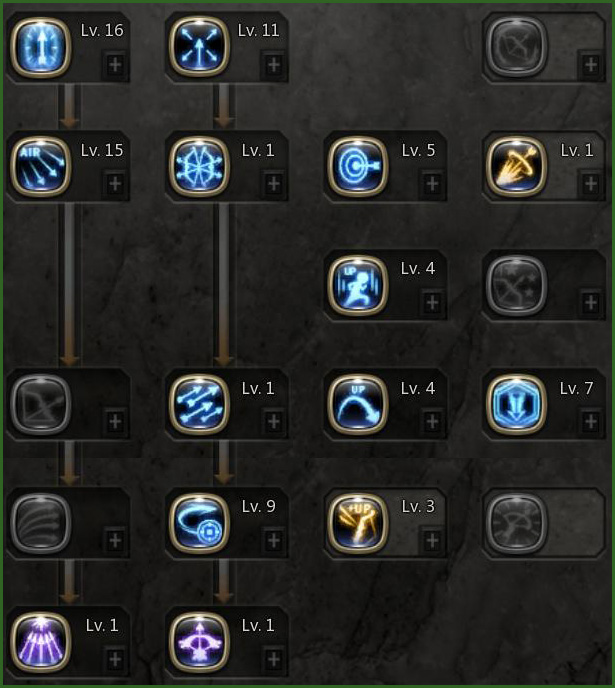 Charged Shot
Sniper’s first EX skill(and I’m not talking about regular version here, cause it sucks plain and simple). While the damage aren’t that good for a “charge” skill(like Ele’s FB, or GM’s gigant duck) imo skill has more utility due to it’s tremendous range and it’s actually wider than it looks.  It also has decent superarmor which is pretty important for PVP, though it’s still BM’s armor which means you _might_ withstand one weak skill from a warrior.. or you might not.

Aerial Chain Shot
Sniper’s second EX(regular version is nice as well, but it doesn’t have that good of an AOE, while EX version is pretty amazing at hitting everywhere). I don’t really like that you need to get basically on top of the boss to get full damage, the damage itself is so good it can’t be neglected. I recommend getting skill accessory for this one, cause it’ll get the skill to lv16, boosting the damage by whooping 18%.

Siege Stance
While I don’t have this skill in my current build, I’m planning on getting it to lv11 when EX will come out. As it’s now – skill should be used exclusively under our new speed boost and the damage is nice, but all that time BM just standing there can be used to dish out damage with all the other skills. And I’m pretty sure we’ll be losing DPS using Siege Stance under time acceleration from Force User..
(edit on dec 13th)
After getting Siege Stance EX I was kinda surprised how actually good it was, though I had to change my play style to more far-away kiting type, rather than up-close dodging, but it’s all good in the end. So if you want to play BM but don’t want to be up in boss’ face all the time – Siege Stance’ EX build is for you, and 50% reduced damage actually helps, cause if you got hit and knocked down during SS EX, buff remains(Siege Stance counts as a buff) and you’ll get less damage even though you aren’t standing anymore.

Arrow Shower
Another stationary skill, which I don’t really like cause while the damage is not bad, it’s pretty much impossible to hit fast moving targets like some lv60 bosses with all the hits. I’ll wait for them to either boost the damage through the roof, or for EX version at lv70.. In the meantime – skipped.
(edit on apr16th)
I’m using it for the time being in place of second ulti, waiting for EX version, trying to get used to it.

Extension Arrow
Great DPS on paper, but kinda weird at using, cause this skill just loves to do only impact damage and not expansion damage, it hates uneven terrain and can just not do any damage.. (as I’ve stated before – eyedentity is amazing at screwing BM over).

Swift Shot
Another close range skill, doesn’t hit grounded targets(that’s very unfortunate actually, especially in PVP) but has invulnerable frames, which is exactly what it should be used for in PVP.

Rapid Shot
I wish we could pick an EX from Artillery tree, cause that would be the one I’d get. But since it’s impossible and we’re left with inferior-mediocre range-slow casting skill, I left it at 1 as prerequisite. Though it has nice superarmor so this skill has it’s uses in PVP.

Guided Arrow
Infamous PVP skill that tracks it’s target. In PVE though, the damage is not that good and(yup, once again) skill sometimes goes into the floor behind your back.. just cause. To avoid this you have to actually aim at your target (orange scope) and then press the button, which is sometimes kinda difficult. But hey, you picked one of the hardest classes to play, so man up.

Bulls Eye
Our amazing debuff, which boosts party’s damage by a whole 25%, or 30% if you can get a skill accessory. Maxed for both PVP and PVE.

Spirit Excellation
While I don’t like self buffs, I like free damage, so yeah, maxed. Can be skipped in PVP build though, cause the damage boost isn’t that big and you might get killed for casting it in a wrong time.

Sylph’s Aid
From mostly useless skill to an amazing self buff in one quick patch. Boosts your casting and moving speed, solving one of the biggest problems BM has in PVP – lack of mobility(but of course very useful for PVE as well). I’ve been crying for more movement options since like the first week I started going PVP and now BAM, better than I could’ve hoped for.

Fake Shot
Useful in PVP for flinching your target, has quick CD and couple of invulnerable frames during back dash. Can be useful in PVE as well if you know bosses’ attacks and can time it well. Leave it at lv1 in any case.

Triangle Shot
Approximately 1.5 seconds of invincibility with the ability to continue into Aerial Chain Shot, which allows us to stay airborne for like 3 seconds or so. Shame ACS doesn’t have invul, would’ve been pretty great.

Stunning Shot
Amazing in PVP(lv1 is enough), skipped in PVE.

Ankle Shot
One of my favorite skills – quick casting time, good damage, binds target. In PVP other than Stunning Shot this is your only hope to make attacker stop, for you to dish out some good damage. Very useful.

Pinpoint Shot
Physical Ultimate. Damage is not that amazing, but great range and quick casting time. Never been that big of a fan of Ultimates cause 125sec CD aren’t exactly screaming DPS and given the choice I’d rather put those 3 SP eslewhere, but yeah, gotta take this. 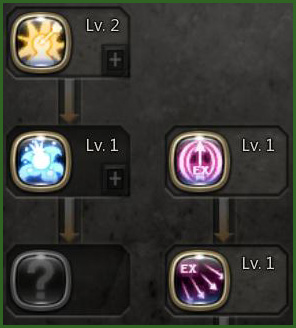 Critical Break
Passive damage boost for your critical hits. While it doesn’t seem much on paper, it stacks and in the long run boosts Sniper’s DPS quite significantly.

While I pretty much stopped going PVP since the release of EX skills, cause for some reason it LAGs so hard for me I can’t even move around, which is really a shame since I was hoping to wreck house with ACS EX and whatnot, but yeah.. I’ll be trying to find a way to fix LAG, but in the meantime, here’s the build I’ve been testing and was pretty successful with it(well actually most of the time I’ve been using my PVE build and was successful, but this one was fun and a lot better than pure PVE one). 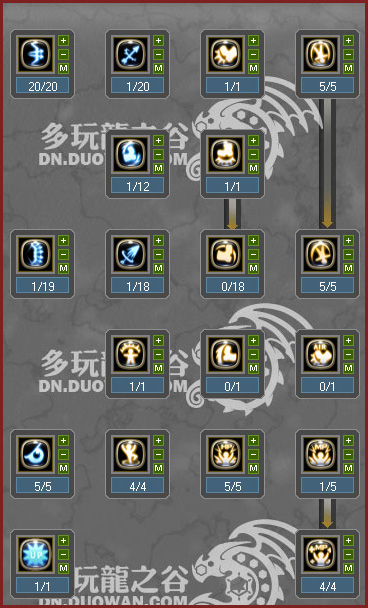 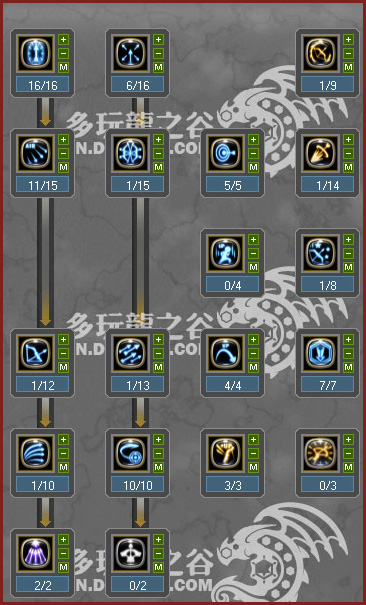 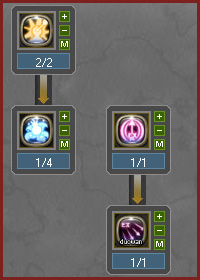 Additional notes about PVP – you want as many attacking skills as you can possibly get, that’s why I took magic arrow – it flinches and has quick CD, in PVP it’s not about the damage, it’s about control and making your opponent waste their CD’s. Though it doesn’t really work in Ladder since there’s a shortage of MP and spamming skills might leave you with just normal attack, so for Ladder just run away and spam Guided Arrow, as pathetic as this tactic sounds.. it actually works. Or just roll an Artillery and kill everyone with Rapid Shot EX+Guided Shot, since yeah, Artillery is where the PVP is at.

ok, here’s what i have in mind for PVE Artillery: 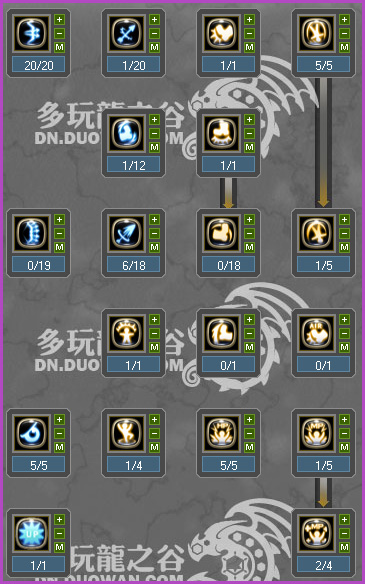 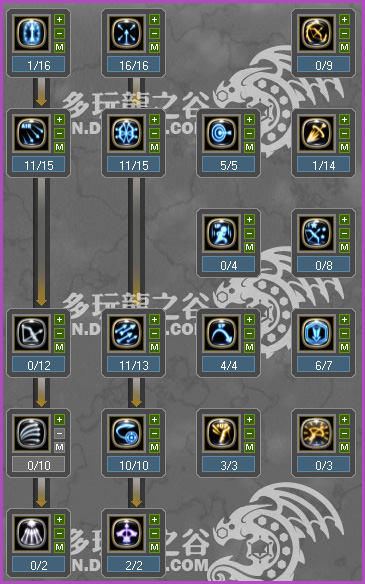 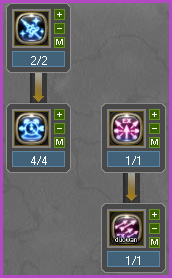 you might be good without any points in mp and mp recovery, depending on your equip. you can also interchange points between extension arrow and swift shot, i’d say go for it only if you can get a skill accessory for swift shot raising it to lv16. you might want to get spirit excellation but artillery has too many self buffs already, but if you want it – sacrifice points from extension arrow. SP from magic arrow also interchangeable with multi shot if you like it.
another PVE variation would be to leave out guided arrow at lv1 and pump spare SP into other skills, but i still like this skill so yeah.
basically – work around skills being at lv6, 11, 16 and 21, other than that it’s pretty straightforward.