T4 fixed the most obvious problems with DN’s PVP, which drove me away a few months ago. First, they changed balanced PVP so players have more HP and less damage; this means that you can actually fight, instead of 1-2 shotting each other. Second, they changed ladder so that player’s equipment influence in PVP is minimal. There’s no need to spend thousands of dollars to get the best of the best in order to be competitive, which is awesome news for non-hardcore cashers like myself.

Unfortunately, they also introduced a new, huge problem for most of the people. I’ll give you a hint: It starts with “Ka” and ends with “Li”.

Kali is the most overpowered thing since Elemental Lord’s T3 Shields that has come to DN. Instant cast skills, huge range and nuclear level damage ensures that any noob kali can give you a hard time, and any decent player will become your worst nightmare. Are you wondering if you can do well with it in ladder? Here’s my ranking after about one week of playing it (leveling up from lv 1-60 included) 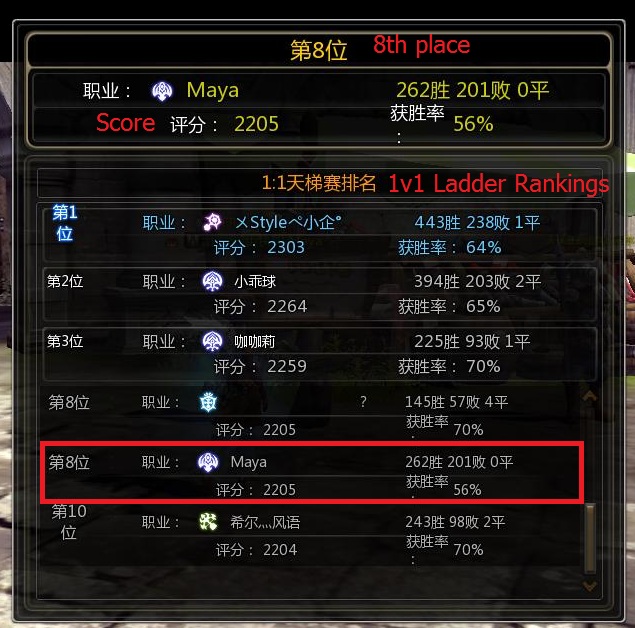 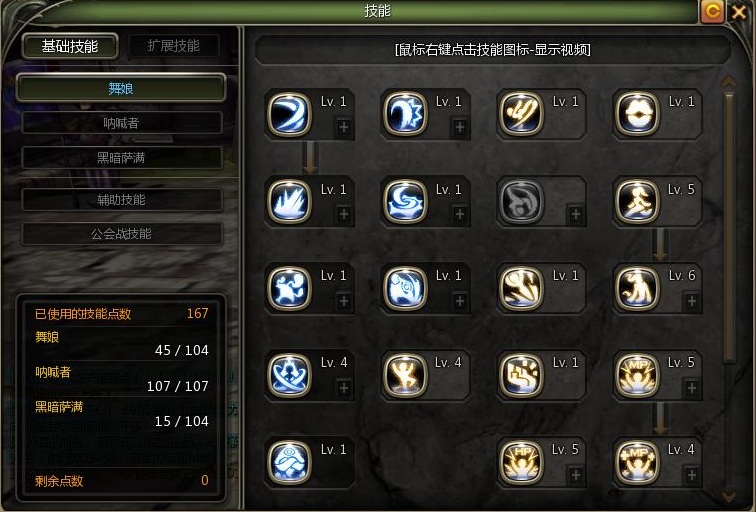 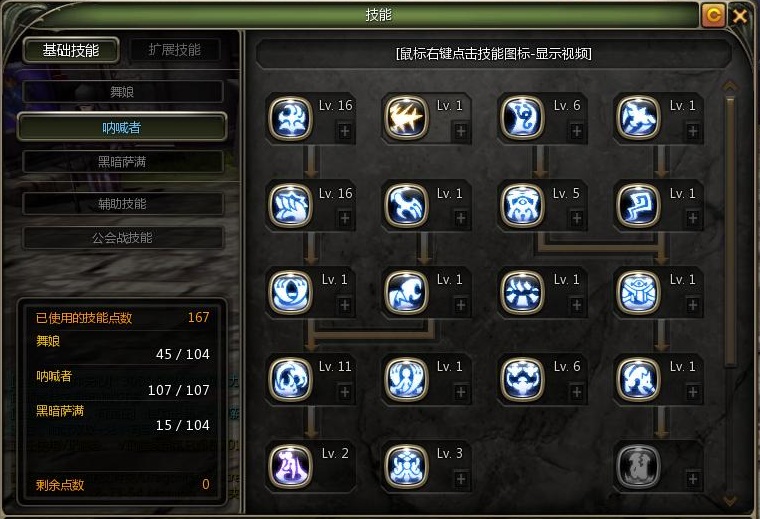 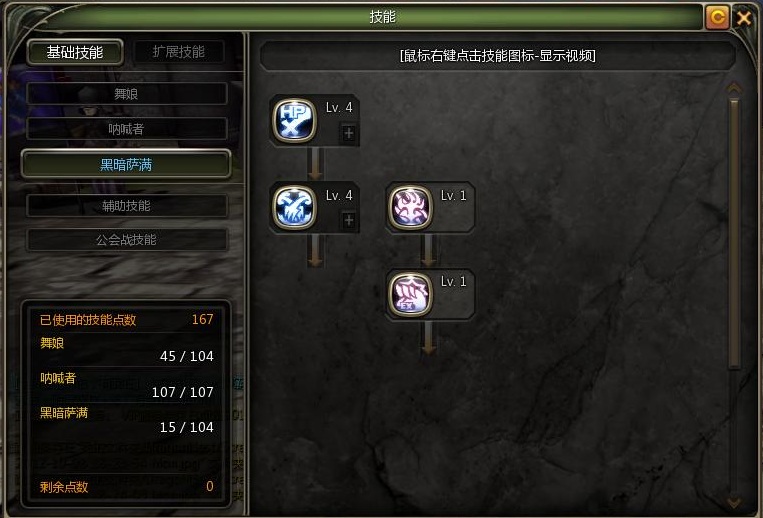 In this tree you only want to fulfill the 45 SP requirement, so put points mostly into the passives, which are worth spending points into. The only skills that I think are kinda useful in this tree are the following:

Despair Needle (Spikes): Make sure to use on your downed opponents in order to continue your combo.

Spirit Blow (Ghost Punch): It’s has a great super armor breaking ability. It also hits people on the ground, and launches them. The damage is not good, but it’s a nice skill to continue your chains without stopping.

Ghost Kick (Air Right Click): This one is super useful, because it allows you to dash either towards or away from the enemy while you’re in the air. However, you must be careful because this skill has no super armor at all, and it’s easily canceled, so use with care.

Phantom Claw (4 hands) : The EX gives a knock back effect to the third and the fourth hands, making it awesome for PVP since it allows you to maintain the target in the air. It also can hit people on the floor and launches them upwards too. The damage growth is pretty good as well, and EX gives an additional 30% damage. Bottom line is:  get it, max it, and use it.

Chain Claw (Insta uppercut): Max it, and get a +1 skill ring for it too. At lv 16 this skill will have it’s cd reduced from 15 seconds to 10.5 seconds (Special thanks to Saurus for pointing that out), making it your opponents’ worst nightmare. It hits very hard and launches your opponent instantly. It’s like a lightning fast freezing sword ex that doesn’t slow.

Revenge Hand: This skill is nice, it deals damage and explodes, launching your opponent upward. It’s good to catch those people that use long casting time skills like mercenary and bow master. It also has a slight suction effect. However, the damage growth is not that great, so minimum level works fine.

Rampage Claw (Slap): Max it and get a +1 skill ring as well. The slap is kali’s overall best skill. Epic range, instant cast, and (with a +1 skill ring) 70% chance to stun on the last slap, while dealing almost the same damage as a max level fireball…*cough* OP *cough*.

Phantom’s Avenger (Ulti): What do you get if you mix paladin’s divine avatar with acrobat’s spirit boost? Yes, you got it. This ulti deals damage when you cast it, and after you’re done, you’re invincible and move 30% faster. Don’t even bother with the other ulti, it sucks (I tested).

Spirit Spread (Spike Ball): This skill is not bad. It launches a spiked sphere that explodes, flinching the target. However, I mostly use it to blind the enemy while throwing a faster projectile behind it (like birds or curse), since it travels a bit slow.

Phantom’s Rage (Air hands) and Blitz Claw (Jumping ground hands): I actually use these two skills as one, in order to save skill bar slots. Blitz claw makes you jump backwards while summoning hands from the ground, and Phantom’s rage shoots hands from your back while you’re in the air. However, you can use Phantom’s Rage by pressing left click while in the air, so what I do is that I use Blitz Claw and then press left click quickly. I stay in the air for some time, just like Moonlord’s dance or BM’s triangle shot. This is useful to avoid those nasty freezing fields ex that damage you for 1/3 of your life and cover half of the arena. Also, remember that Blitz claw has invincible frames while jumping upwards, so you can use it to dodge those skills like freezing sword ex, or windwalker’s ultimate easily.

Resent Area (Auto casting hands): This skill is mostly useless…damage sucks, long cd and almost no superarmor breaking. It also blinds you since it gets in the middle of the screen and doesn’t allow you to see what’s going on with your opponent. It’s only useful when you see an acrobat using its acceleration skill, and you know it’s coming at you: it helps to disrupt their skills for some reason. Other than that, don’t even bother.

Increase soul (HP Reducing attack buff): The hp reduction is not very much, and it helps you improve your attacking power. Only turn it off if you have less than 25% HP.

Stigma of curse (Sheet of paper): Level the sheet of paper to lv 6 so you can throw two in a row instead of one. The sheet of paper actually flinches the enemy, so if you hit two of them in a row your opponent should fall down. If you decide to max it and get a skill ring, you can shoot 3 sheets of paper. After you land the sheet of paper, the target will be imprinted, which means that you will be able to summon the overpowered puppet and win afterwards.

Summon Puppet (Voodoo Doll): Max it in order to increase the amount of rage that your opponent will feel towards you to the max level. It will increase the damage that your opponent receives by 19% if you max it, and it works just as a voodoo doll: you hit the doll, and the opponent feels the pain. However, you must know how to use it: this puppet can get you killed often if you don’t summon it at the appropriate time, because if both the opponent and the puppet are in range of your skill, you will hit the puppet, and not the target. That means that you will not apply any condition, or break any superarmor, or launch your opponent; you will be hitting the puppet instead, so use carefully. Also, the puppet doesn’t seem to like to come out when the opponent is rolling, or if it gets out from range while you’re casting, so just make sure that your opponent is on the floor without moving, or in the air, before attempting to summon it. Nevertheless, if it came out, by all means whack it with all you got. The other guy will feel the pain.

Ghost Scream (Dodge + Right click): Other than it slows the other guy for a short time, nothing special about this skill.

Grudge formation (Field of Superarmor): Enemies that are inside this field will not be able to break superarmor at all. That means that they cannot interrupt any skill you perform if they’re standing on the field. It does not give YOU superarmor…so if you’re inside the field but anyone attacks you from outside the field it will not help you at all (think freezing sword ex or holy cross ex). The field also improves your attack power by a certain amount. Put as many skill points as you can on this skill, as you like all the things that allow you to hit even harder. One particular nice use of this is to use the sheet of paper, summon puppet, use field, and whack the puppet while being inside the field. That will really hurt, trust me.

Spirit paper (Birds): This skill is great because it causes a “curse” effect, which I think is the most broken and overpowered mechanic of the game right now. It makes the opponent hurt himself while using a skill if he’s under the effect of curse. Damage is not small either: about 2.9k per cast (in balanced mode). Try to use all the skills that cause curse that you can; if you’re able to land them all, your opponent will do a lot of the work for you as well.

Cling snake: Useless. Don’t even bother with it. You have no space in your bar anyway.

Soul Gate (Mirror): It’s a great pve skill; however, it’s not good for pvp, because the duration is very short. It’s useful to buy some time while your slap gets off cd. If anyone decides to go at you while the mirror is on though, it will shoot souls that will curse the enemies. And we all know that cursed enemies are a good thing.

Beast Spirit (Wolf): It’s hard to land because it has a pretty long casting time and  delay, but it will allow you to continue your combo nicely. The damage is good, but it’s unreliable, so I decided to spend the points on other skills.

Chaos formation: Great skill, huge aoe in front of you and nice damage. It’s best used with enemies that are disabled somehow (downed or floating), since standing enemies can get out of its area of effect without much effort.

How does it all fit together? Check out these short videos to have an idea of the things you can do:

Thankfully, T4 doesn’t have many requirements for equipments. If you’re going to ladder, make sure to get at least four items with Mana suffix. It seems that that suffix wasn’t nerfed as badly as the other ones, and it allows you to recover over 1k mp every time you get hit, with a CD of 5 seconds. For weapons, the PVP suffixes are preferred; you should have bind on the main weapon (prevents movement for 2 or 3 seconds) and slow on the off hand weapon. There’s no need to over do it with the enchantments: I’m using a regular set of lv 60 +6 A grades (no set or anything like that), one lv 60 A grade +6 main weapon, and one +10 lv 60 B grade weapon, and i’m doing just fine.

For stat plates, I went with Vitality, HP, MP Recovery, Critical, Magic Attack, Defense, Magic Defense and Intelligence. They are all lv 60 B grades, because I have no money to get A grades, and I’m not interested in PVE anyway. For skill plates, I got 4 hands +30% critical rate, uppercut +20% damage, chaos formation +20% damage, and Slap +10% damage. I have these plates not because they’re the best, but rather because they’re cheap and I’m poor. Other good choices would be Puppet -CD reduction, and ulti -cd reduction, but that’s up to your personal playstyle.

Special thanks to Saurus for training me and explain to me Kali skills. I hope that this guide helps people abuse others, as it has helped me. Happy fighting! ^_^