So after completing the initial life quests and receiving the plans for a small scarecrow you will also get a quest that rewards a Delphi Star Coin – this is the start of a chain of trade route quests that reward a donkey mount (30% increased movement speed while carrying a pack) and the much coveted large scarecrow.

So on to the fun part, sort of!

Two quick points to note, you have to make special trade packs (they have a Hariharan flag poking out of the top), these can be made a Trade Caravans that are dotted around the different maps:

and you will need to hand them in at special merchants that are also dotted around the different maps: 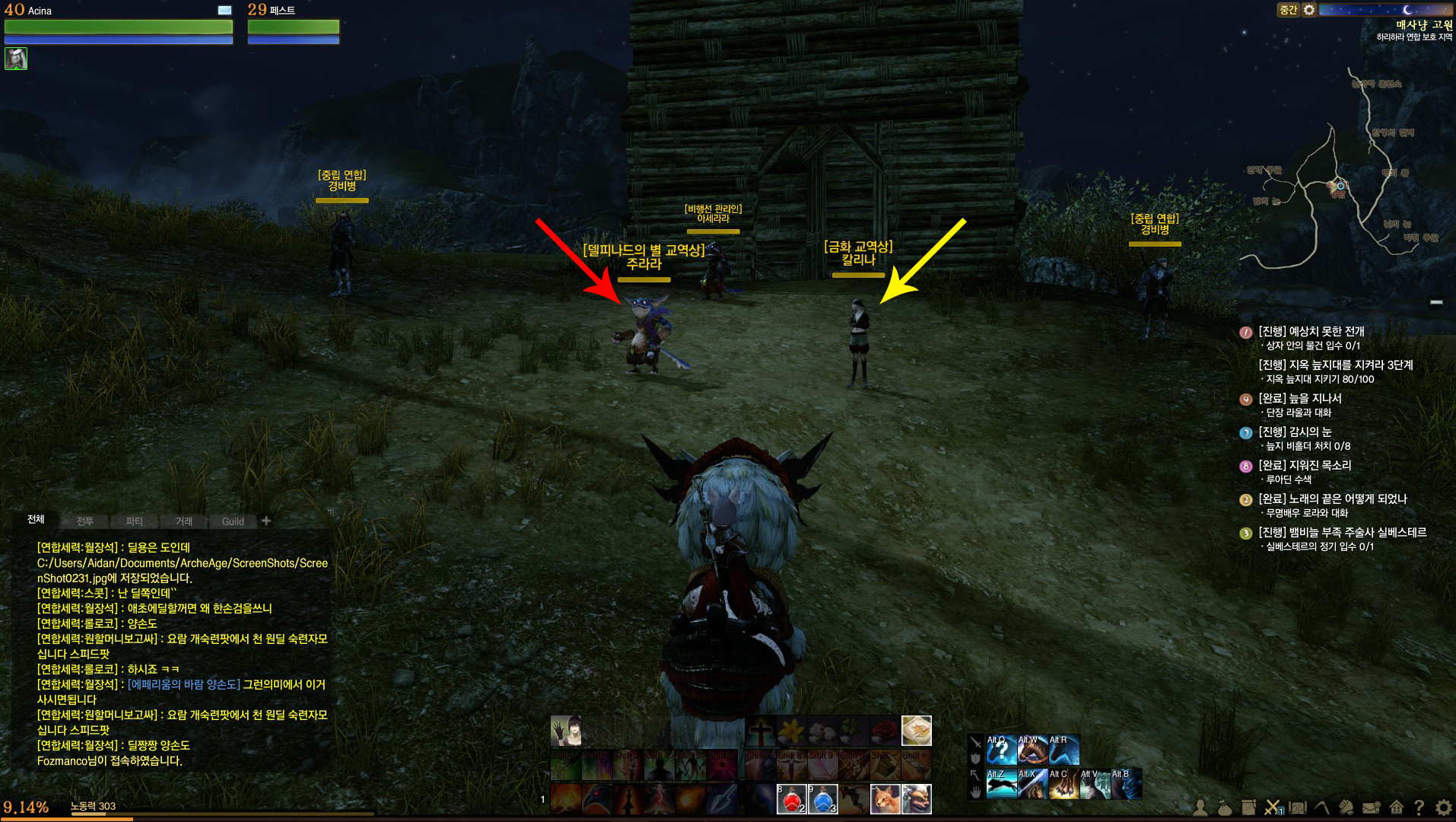 The NPC marked with the red arrow will reward Delphi Star Coins and the other NPC (yellow arrow) will reward gold coins. 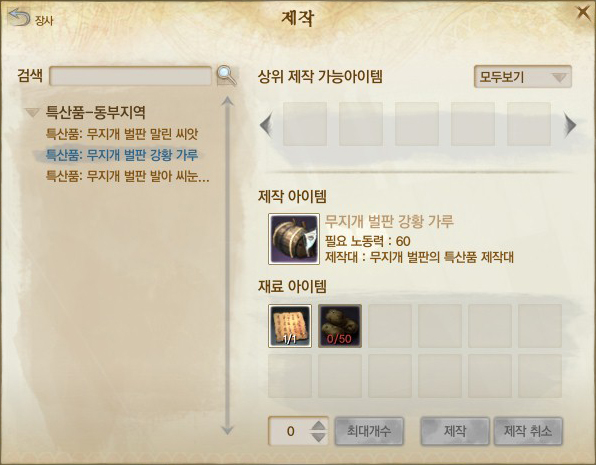 Turmeric = 심황 (for growers it is on the last page of produce seeds, and looks like a potato)

Work orders can be purchased from general goods vendors for 50 silver (they are also sold by an NPC close to the Trade Caravan.

So the route starts in Rainbow Fields (Hariharan start zone): 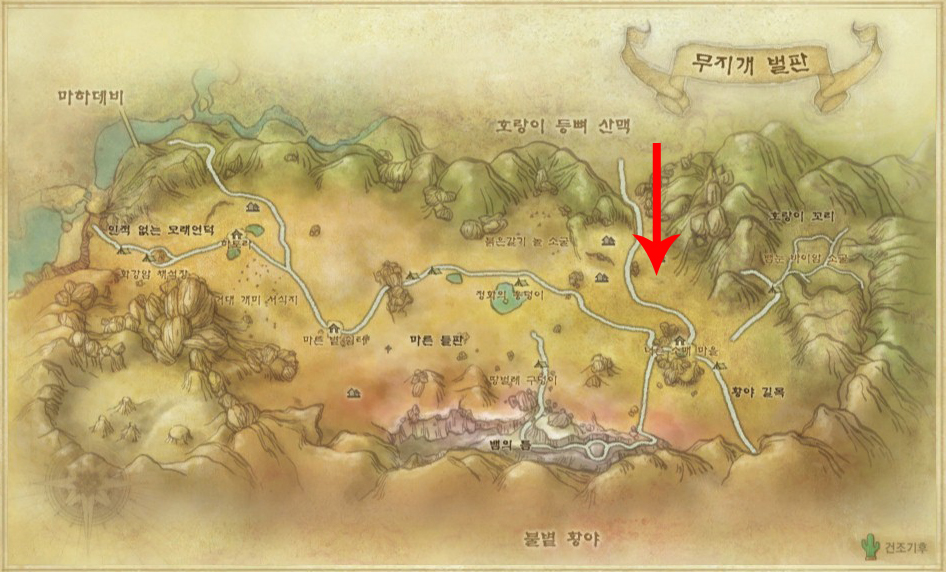 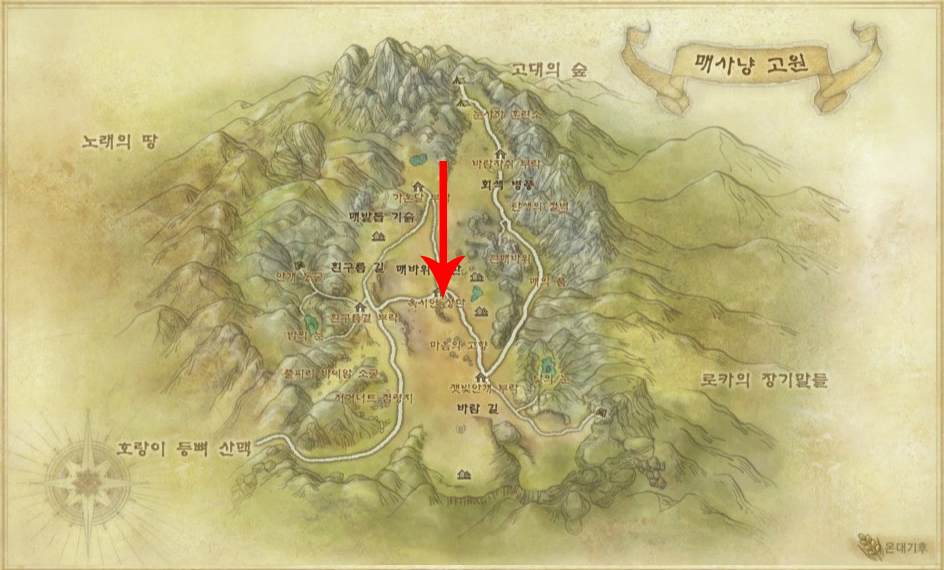 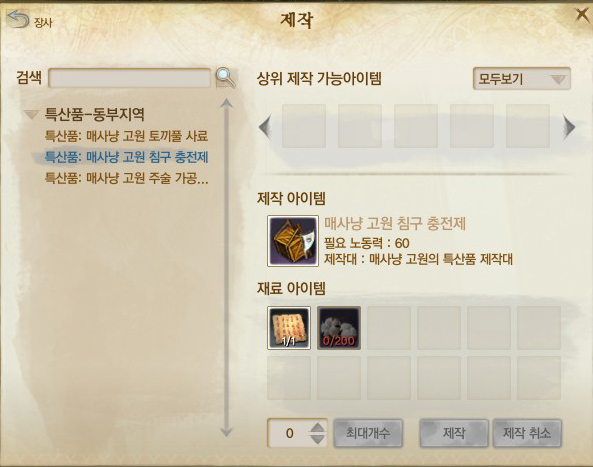 The route starts in Falconry Plateau: 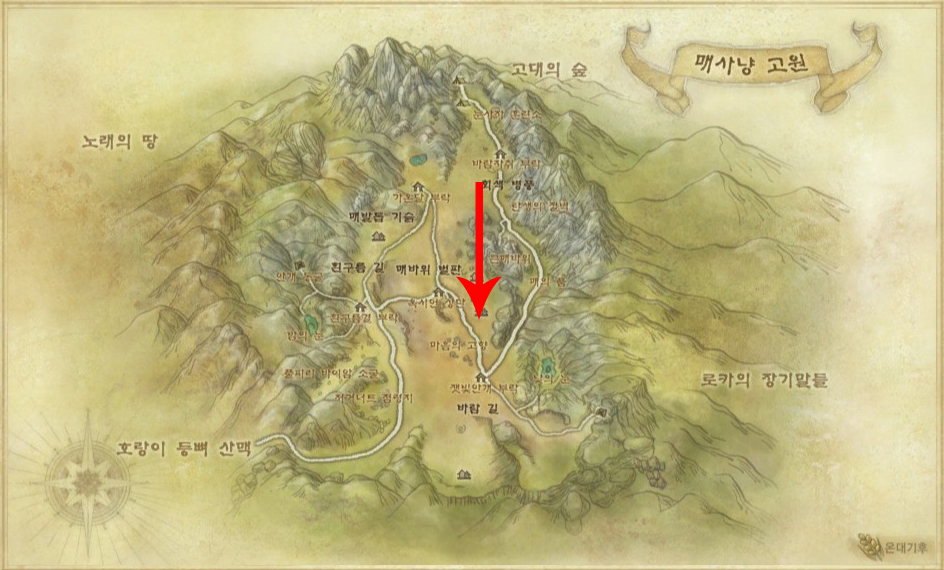 and ends in Rainbow Fields: 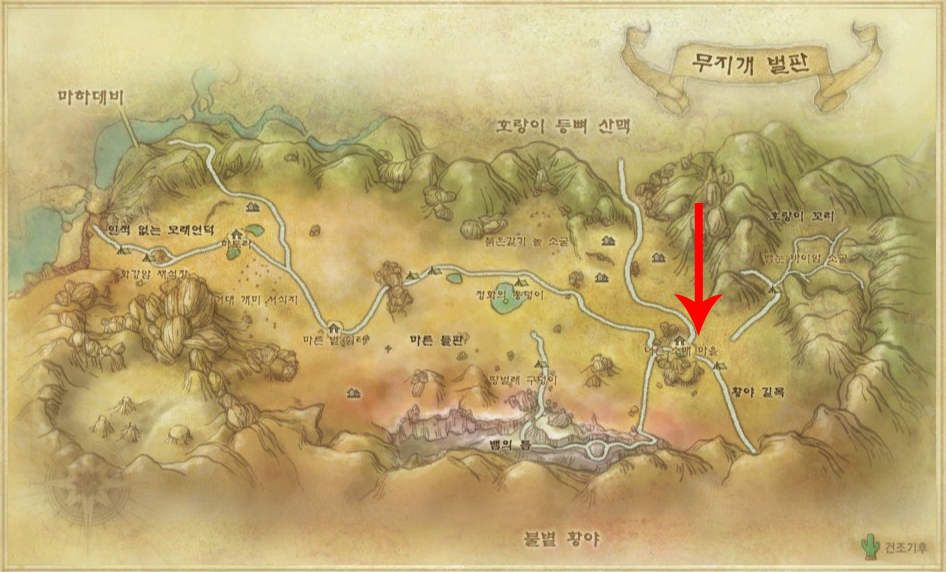 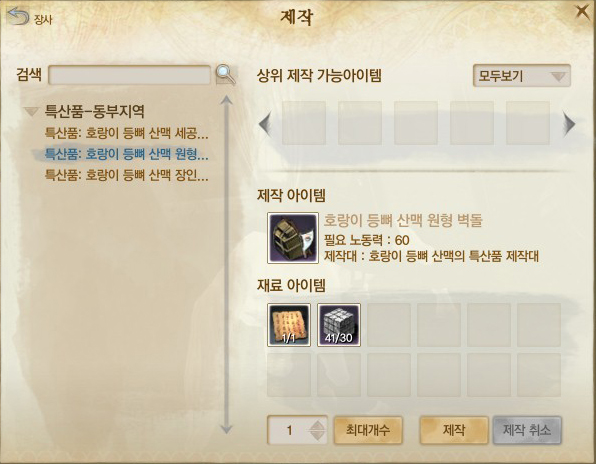 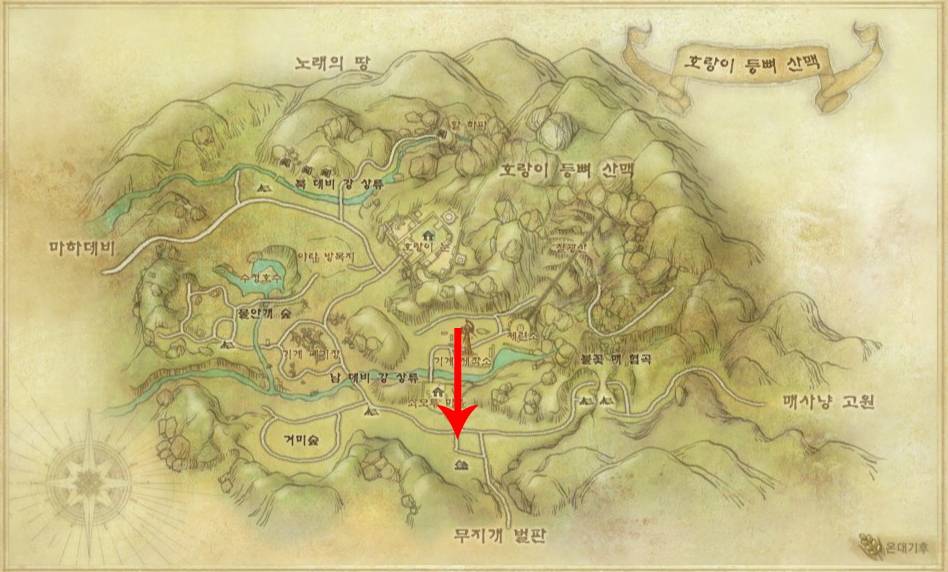 and ends at Ostera Port: 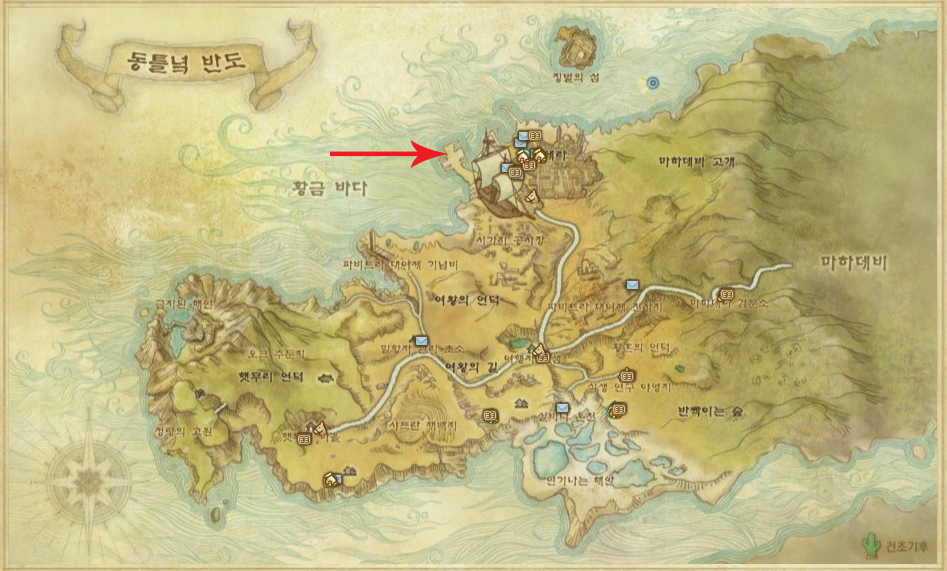 This is the longest over ground route you will have to do and even though you now have a donkey mount it is far easier to use the taxi service – it starts just over the road to the west of the crafting station and you need to change at Hariharan City! 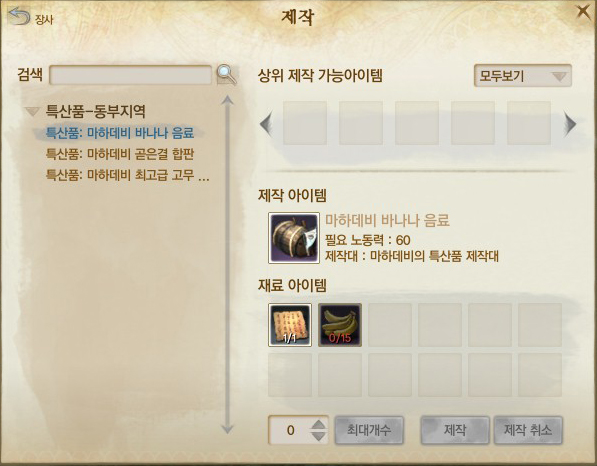 Banana = 바나나 (can be grown on a banana tree, but it is far simpler and fairly cheap to purchase from the AH)

The route starts in Mahadevi: 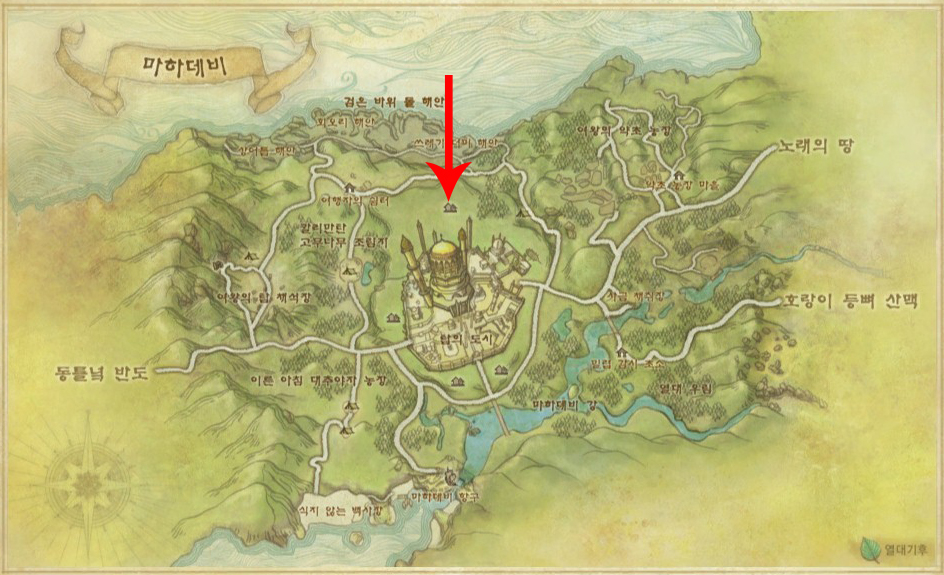 and ends at Cresent Throne Port in Solzreed (Western/Nuian Continent): 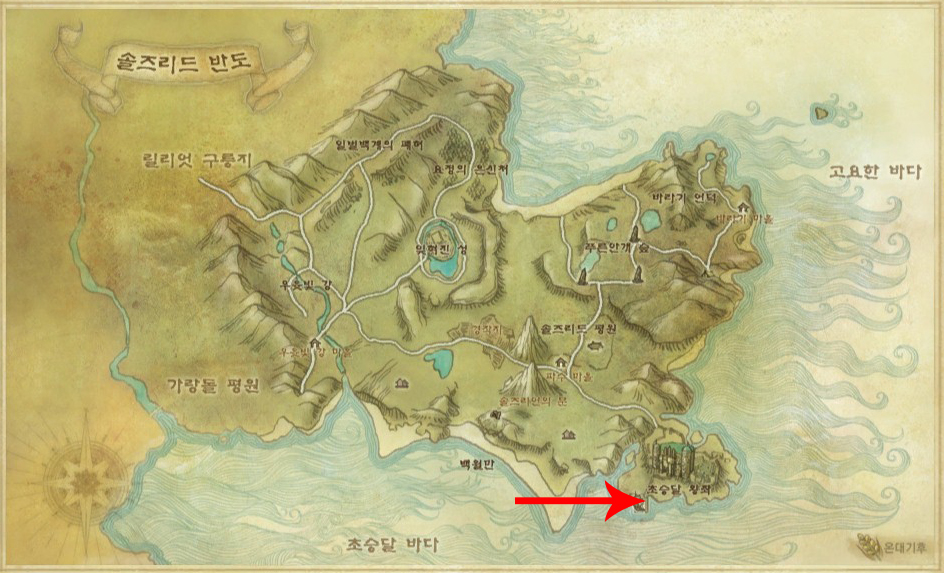 This one is best attempted in a decent size group (with an armed escort if you can) the trade point is generally camped by pirates and members of the Nuian faction, also you will have had to survive the boat trip over as well.

Point to note you don’t actually have to hand this pack in to get the scarecrow reward, you just have to get to the landmass where the hand in is!