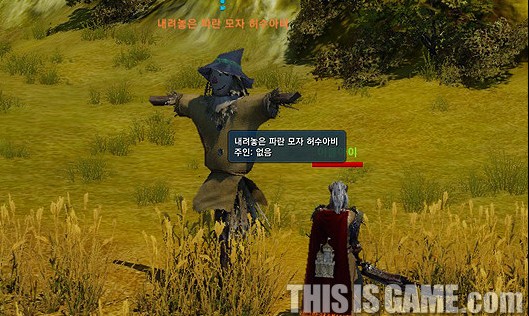 On the new map of Golden Plain, there are some boss an the same level item dropping. But here provides a new quest. At the same time, this new map also offer a new system to the players to experience——-the battle for scarecrow. 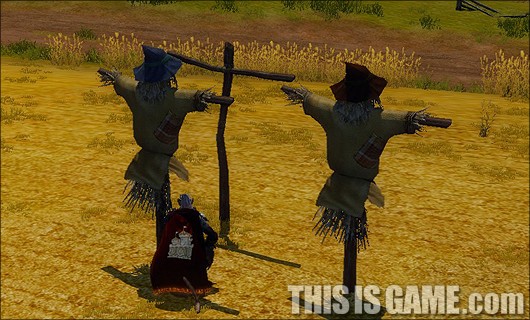 How to do this quest? 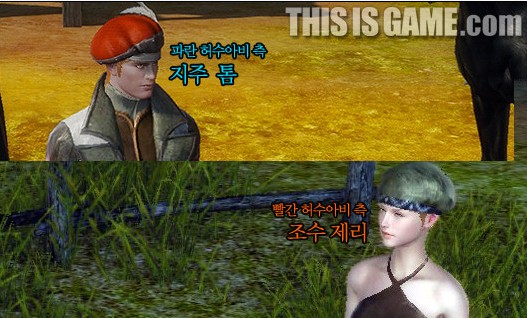 These two NPC would give you the same quest—— to get the scarecrow from opposite village. 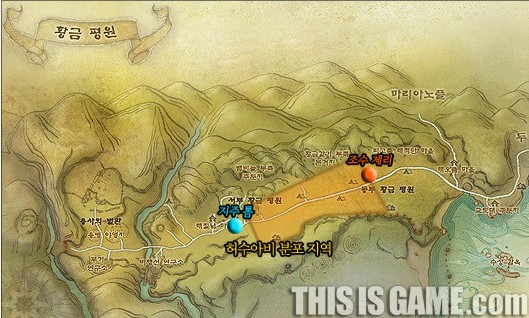 From above pic, you can get the quest from bule and red sign NPC. Here is a thing which is very interesting—– you can accept these two quests at the same time. This quest asks you to run with the scarecrow on your back. It would waste much time. 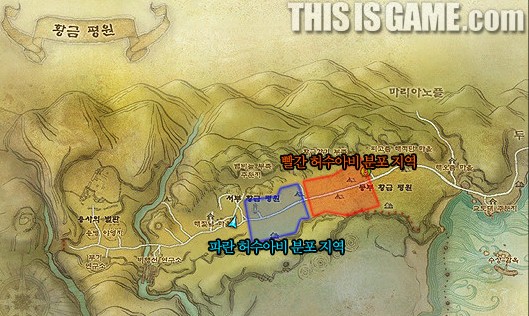 You only need to rob opposite scarecrow to our side and put this scarecrow hanging on the scarecrow whose clothes are robbed to finish this quest. But remember that if the scarecrows of ours are not robbed, this quest can not go on. 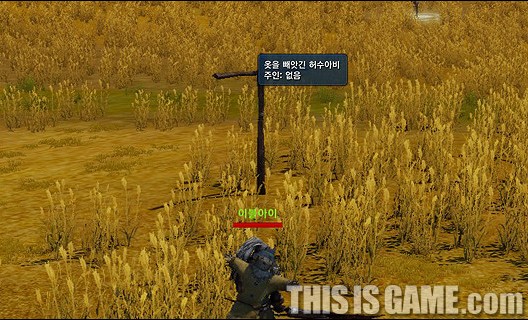 When you run with the scarecrow on your back, the movement speed will be slow, and there are many monster on the plain. There will be a spring of recovery for you to recover your HP after you move the scarecrow successfully. 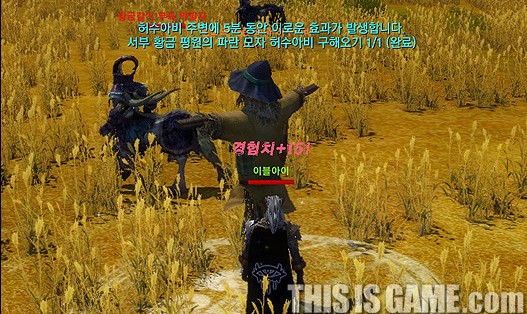 You can do this qust 5 times. After you finish it each time, you will get the reward item.