Twilight Village Normal Mode have 5 bosses total (if fail to kill 5th boss before timer is up, 6th boss will appear) 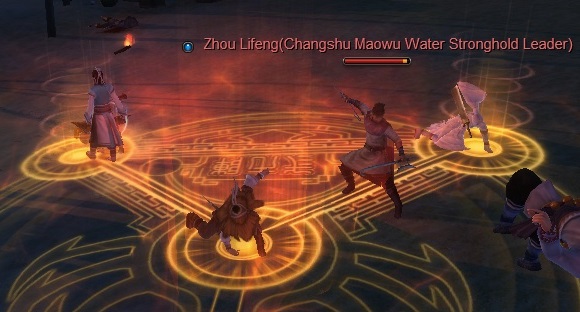 When you arrive on the island, you have to wait 10 villagers espace, and countinuesly killing the mobs. I would assume while killing the mobs, pull em near to the boats, so they aint hit the villagers, it would be a faster job, in my opinion. After the villagers are been escaped 1st boss will appear immediately, i would assume do not use blue skill ( rage skill ) on him it regerenates its HP back. 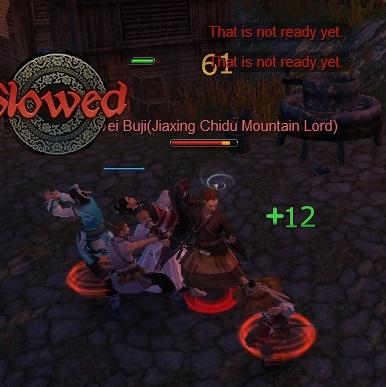 When you’re done with kill the the 1st boss, you have to head at the small village, and starting fill the houses with the water. You run up to the river to fill the bucket then run up to a burning house and put it out, takes two buckets (buckets are next to the houses )per house for a total of 20 runto take it down the fires, i would assume if you’re a 6 group make 3 group 3 of 3 and choose the left and right side, after u are on 8/10 fires it would be better make array to facing the boss. After u done with the fires, the second boss will appear, all u have to do its, dont brake his defense. 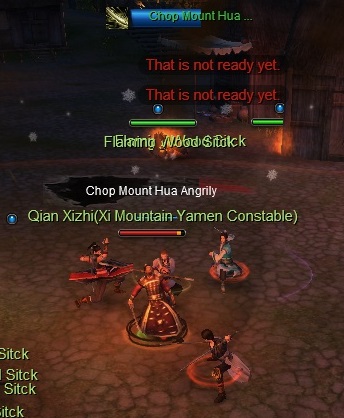 After you’re done killed the second boss, you will be headed to the another stage protect the villagers take back the robbed treasures. I would assume i would make 2 teams for each side so we will protect the treasures more fast, after waiting and killing the mobs, and your done the 3rd boss will appear, this boss will summon 1-3 assassin for help, if needs to, the team can have the lowest ranked player to attack the boss before starting. i Would assume pull the boss into the house, but before this u had to open the door, put him inside and start killing him, it would be better 2 guys should be out to chasing the assasins, because they are opening the doors.

1 person needs to aggro the boss with everyone else dps behind the boss. It’s suggested to have 2 players with stun skills to stun the boss consecutively to avoid getting damage from the boss skills. tips: Go back to the old man who is standing at the spawn point of the 3rd boss. Talk to him and escort him back his house. Take a firey stick nearby (to light up the dynamite later) aka (torch) When he is back to his house, get a key from his house. The key is behind the wall scroll in his house Go back to the temple (boss 4th). Use to key to open the box , which is hidden underdeath the Buddha statue. You will obtain a dynamite. 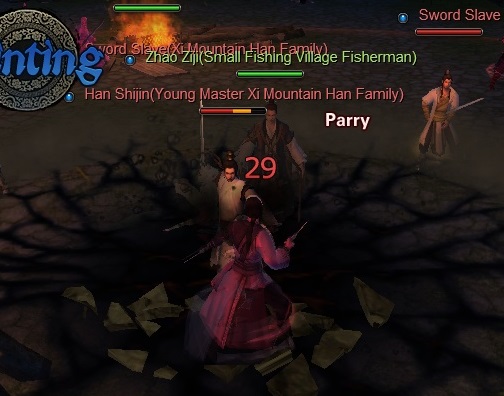 The instance is done after Han Shijin is defeated. If the team fail to defeat the boss before time is up, a 6th boss will appear at the same spot. tips: Go down the road in front of the temple and you will see a house (Zhao’s House)(fisherman) on top of the slope. Setup the dynamite at the entrance, light it up (torch)and stay clear of the explosion area. 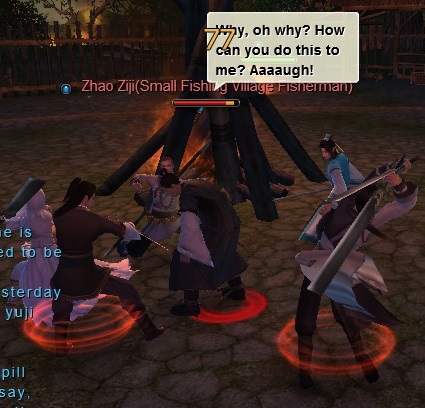 This is the 6th boss if players failed to defeat Han Shijin. The players needs to leave the area before this boss appear to set up array and heal up. If the boss cast a spell u will get chained unable to move, unable to use skill other players need to click on you in order spell-to-dispell. When the boss uses his Ultimate Attack all the players have to run the area as far as possible.